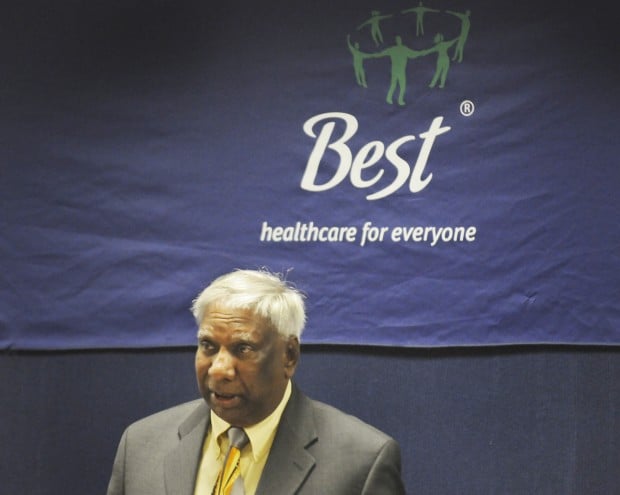 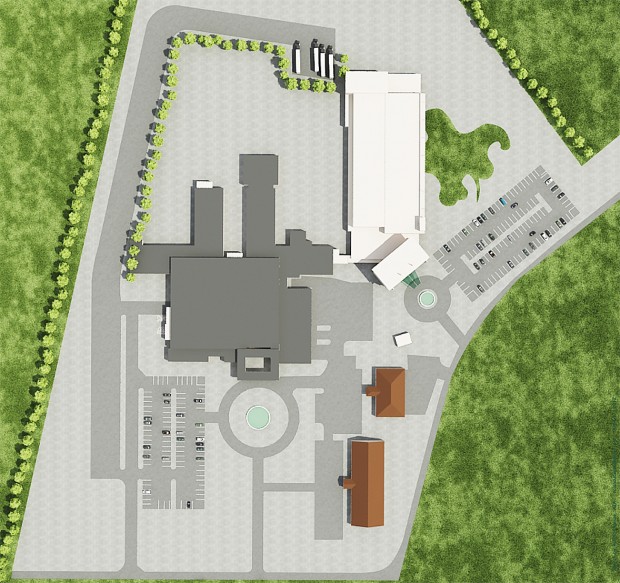 A 100,000-square-foot building to house a cyclotron and treatment rooms is planned for the former Brownsville General Hospital campus in Redstone Township, with its own entrance from Simpson Road. It is shown in white, along with the existing 80,000-square-foot hospital and office buildings.

A 100,000-square-foot building to house a cyclotron and treatment rooms is planned for the former Brownsville General Hospital campus in Redstone Township, with its own entrance from Simpson Road. It is shown in white, along with the existing 80,000-square-foot hospital and office buildings.

Krishnan Suthanthiran said he lost his father to cancer and decided at a young age that he wanted to do something to make a difference.

“I came to the U.S. in 1972 as a tourist to Washington, D.C., and fell in love with the city,” Suthanthiran said. “I came to this country as an immigrant and 25 years ago I decided to become an American citizen because I am proud to be an American.”

He got a job with an oncologist and six years later started his own company making equipment used in cancer treatment. Best Medical International now has nearly 500 employees, with operations in the United States, Canada, Europe and Asia. The company also is now a service provider.

Suthanthiran said he first became aware of the former Brownsville General Hospital three years ago when efforts were under way to reopen the hospital by including various specialty clinics. He said at the time he was only looking to sell oncology equipment to the hospital. When the efforts failed, he reconsidered his options.

“Our goal is not to run an acute-care hospital. Our goal is to run a specialty medical facility,” Suthanthiran said. “We want to restart this and bring this hospital back to life.”

It will be about six months before Best Cure Health System, Brownsville, will be able to open the laboratories for blood testing, imaging and diabetes care, allowing time for renovations, ordering, installing and calibrating equipment. Suthanthiran said by this time next year, the oncology center, including surgical services, will be ready to open.

Discussions are also under way with insurance companies, the West Penn Allegheny Health System and providers for the possibility of opening an urgent care center.

“We want to do right by the community. We want this to be a model institution on how we can provide affordable health care and do it better,” Suthanthiran said. “We need to do it slowly so it can be a self-sustaining facility and not a drain on the community.”

Suthanthiran said the long-term goal is to construct a new building to house a proton therapy center, a more focused therapy than the current radiation therapy, resulting in less damage to surrounding tissue.

“We’re designing and building the center right now. It will take three to five years. We will probably be the first proton center in the region. We plan to have 100 across the United States,” Suthanthiran said. “This would be our first full-fledged treatment center.”