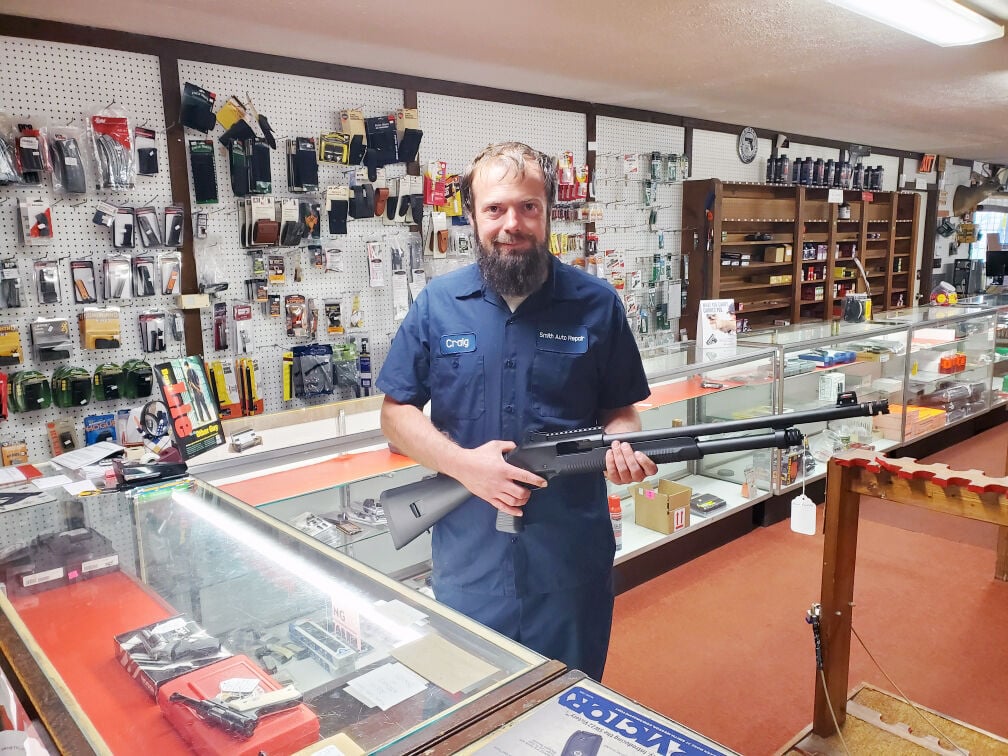 Craig Smith, a customer at Marra’s Mountaineer Sports Shop in Uniontown, checks out a 12-gauge shotgun. 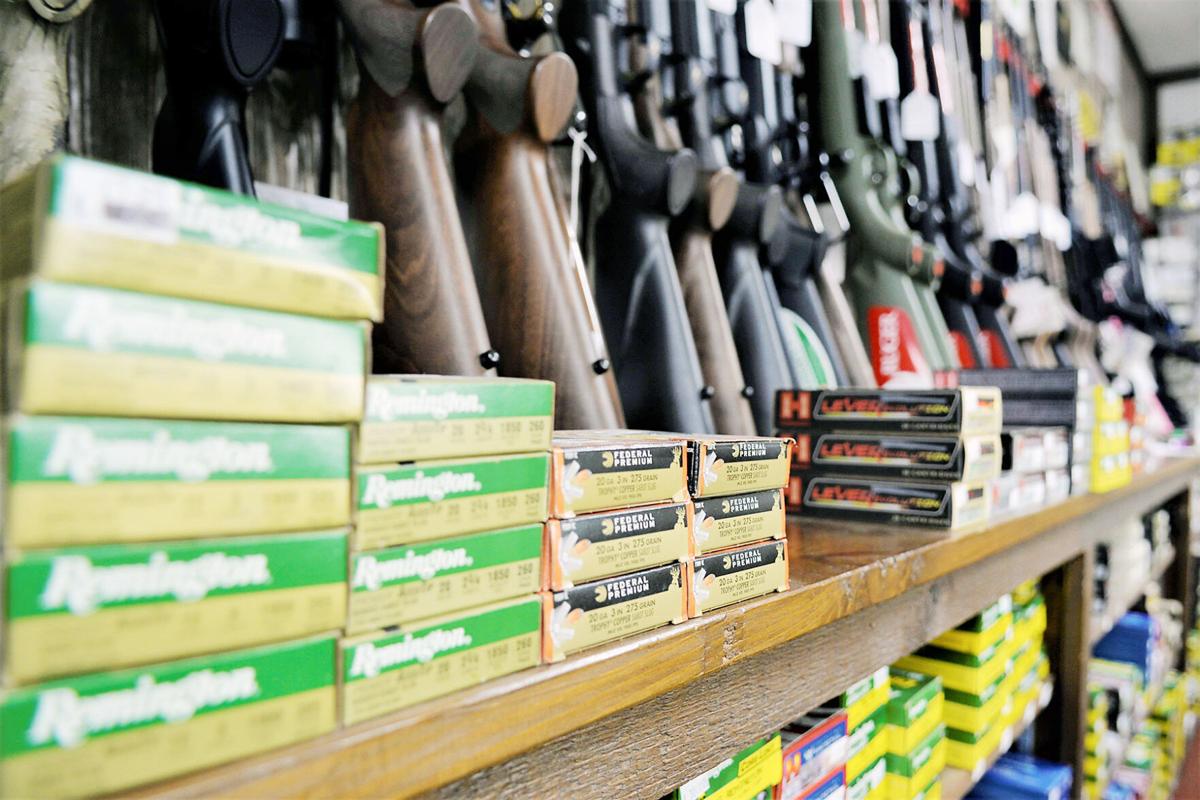 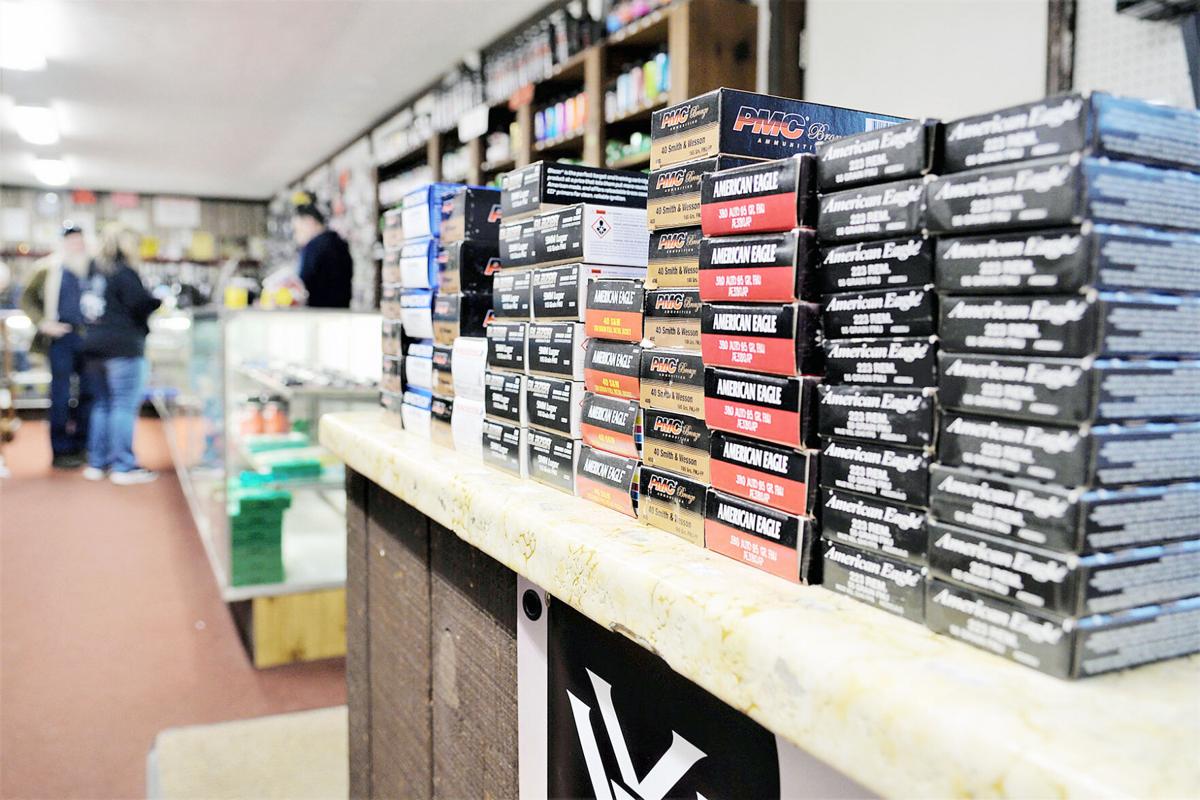 A photo from 2020 shows some of the merchandise that was available at Marra’s Mountaineer Sports Shop in Uniontown. The store has recently had a hard time keeping items in stock due to a spike in demand for guns and ammunition. 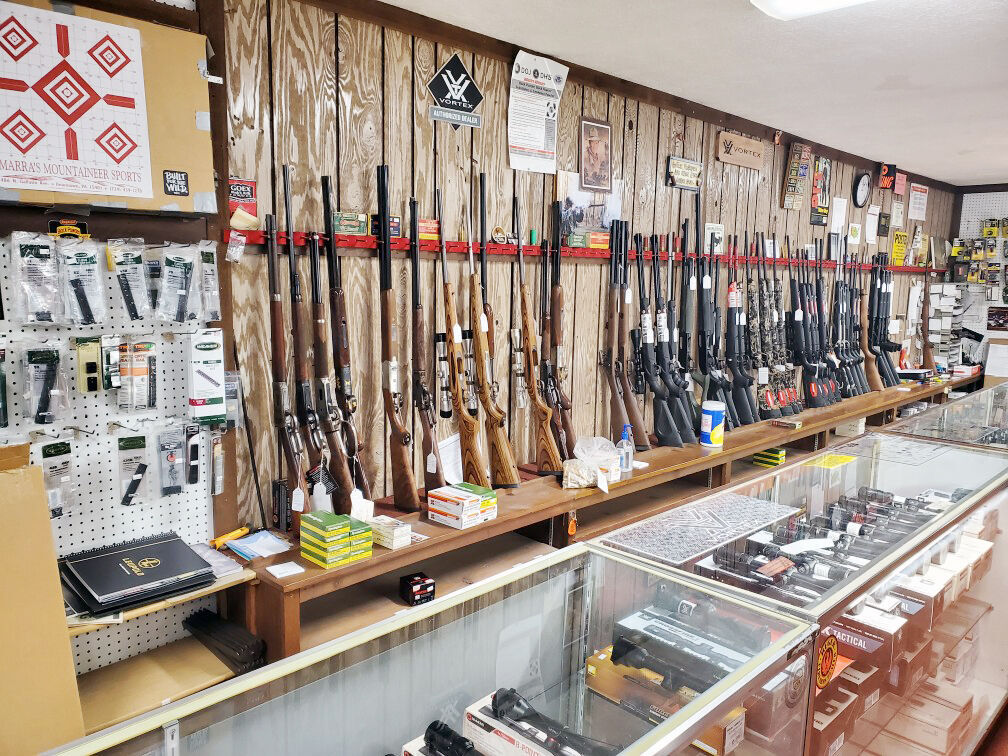 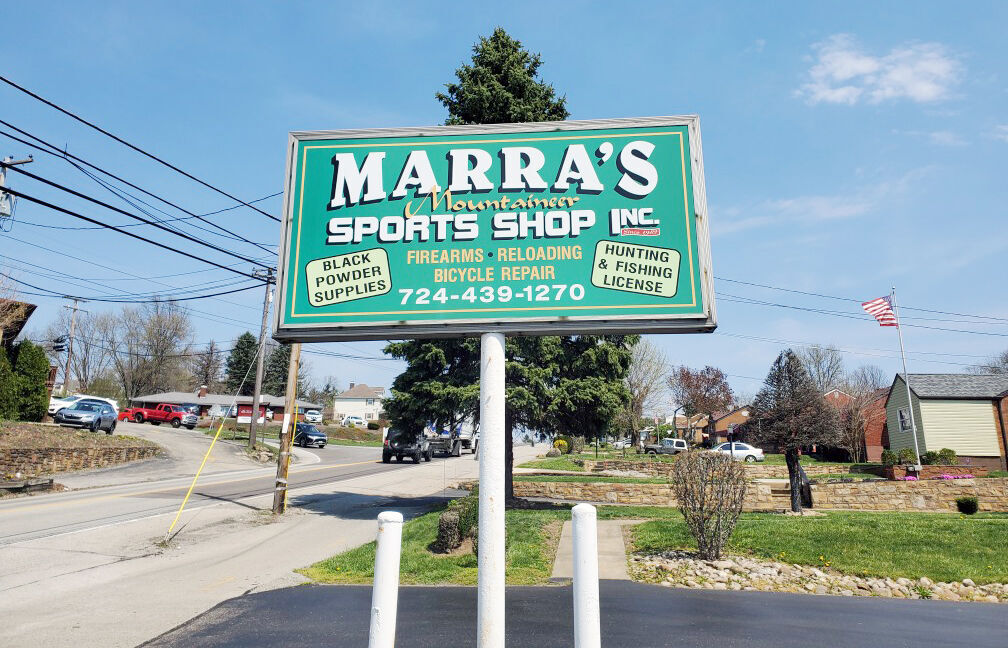 The sign outside Marra’s Mountaineer Sports Shop in Uniontown, which has recently experienced a spike in sales in guns and ammunition

The exterior of Marra's Mountaineer Sports Shop in Uniontown

Craig Smith, a customer at Marra’s Mountaineer Sports Shop in Uniontown, checks out a 12-gauge shotgun.

A photo from 2020 shows some of the merchandise that was available at Marra’s Mountaineer Sports Shop in Uniontown. The store has recently had a hard time keeping items in stock due to a spike in demand for guns and ammunition.

The sign outside Marra’s Mountaineer Sports Shop in Uniontown, which has recently experienced a spike in sales in guns and ammunition

The exterior of Marra's Mountaineer Sports Shop in Uniontown

Like three hurricanes colliding to form a blockbuster storm, the combination of a bitterly contested presidential election, the protests sparked by the killing of George Floyd in Minneapolis and a worldwide pandemic caused gun sales to soar in 2020.

That trend appears to be continuing without pause in 2021.

The Pennsylvania State Police announced this week that the Pennsylvania Instant Check System (PICS) set a record for activity in the first quarter of the year, making it the third straight quarter it has seen record-setting volume. Between the beginning of January and the end of March, there were 427,450 checks conducted. In the same period in 2020, 304,876 checks were conducted. In the final quarter of 2020, there were 420,581 checks conducted.

The robust sales of guns and ammunition in Pennsylvania is in keeping with national trends. January was the third-highest month on record for gun sales nationally, according to an analysis by The Washington Post, with an 80% increase over January 2020. Across the United States, 23 million firearms were purchased last year, a 64% jump over 2019.

Figures are not yet available on a county-by-county or regional basis, Ryan Tarkowski, a spokesman for state police, explained, but “the trend is statewide as far as I’ve been told.”

The demand for guns and ammunition has actually been tough for some gun dealers who have been unable to keep some product in stock, according to Buddy Marra, the proprietor of Marra’s Mountaineer Sports Shop in North Union Township. Some guns have been snapped up as soon as they arrive, Marra noted.

Marra pointed to the upheaval of the last year as a reason for the increase in sales, but also the fact that some people have been homebound and have looked at shooting as a form of recreation, leading them to stockpile ammunition. He also believes last year’s COVID-19 shutdowns led to a slowdown in the manufacture of guns and ammunition and the materials needed to make them.

There have been similar sales spikes following other earth-shaking national events, such as the 2012 mass shooting at Sandy Hook Elementary School in Newtown, Conn., Marra said, but the current escalated level of gun sales has been sustained.

“They’re just taking what they can get,” he said.

At Justin’s Gun Shop in Washington, owner Justin Chadwick said “sales, transfers, everything is up.”

Buyers “want to protect themselves,” he explained, and also worried about the prospect of more restrictive gun laws coming from Washington, D.C. On Thursday, President Biden announced a series of executive actions on guns, describing American gun violence as “an epidemic and it is an international embarrassment.” Biden wants to reduce the number of homemade, non-traceable “ghost guns”; make it harder to get stabilizing braces that can essentially turn a pistol into a rifle; and have the Justice Department publish model “red flag” laws for states, which permit law enforcement or family to petition courts if they believe an individual poses a danger to themselves or others, and prevent them from getting their hands on guns.

The volume of guns and ammunition being sold is grounds for concern for CeaseFirePA, the advocacy organization that seeks to reduce gun violence in the commonwealth. Josh Fleitman, the group’s Western Pennsylvania manager, pointed to studies that indicate a gun in the home is more likely to harm its owner or a family member than it is to be used against an intruder.

“We’re definitely concerned about it,” Fleitman said. He also explained that CeaseFirePa is concerned about instances of children dying as a result of unsecured weapons, as happened last month in Monroeville, when a 5-year-old accidentally shot and killed their 3-year-old sister.

“Across the board, the more guns there are in the community, the more death there will be,” Fleitman said.