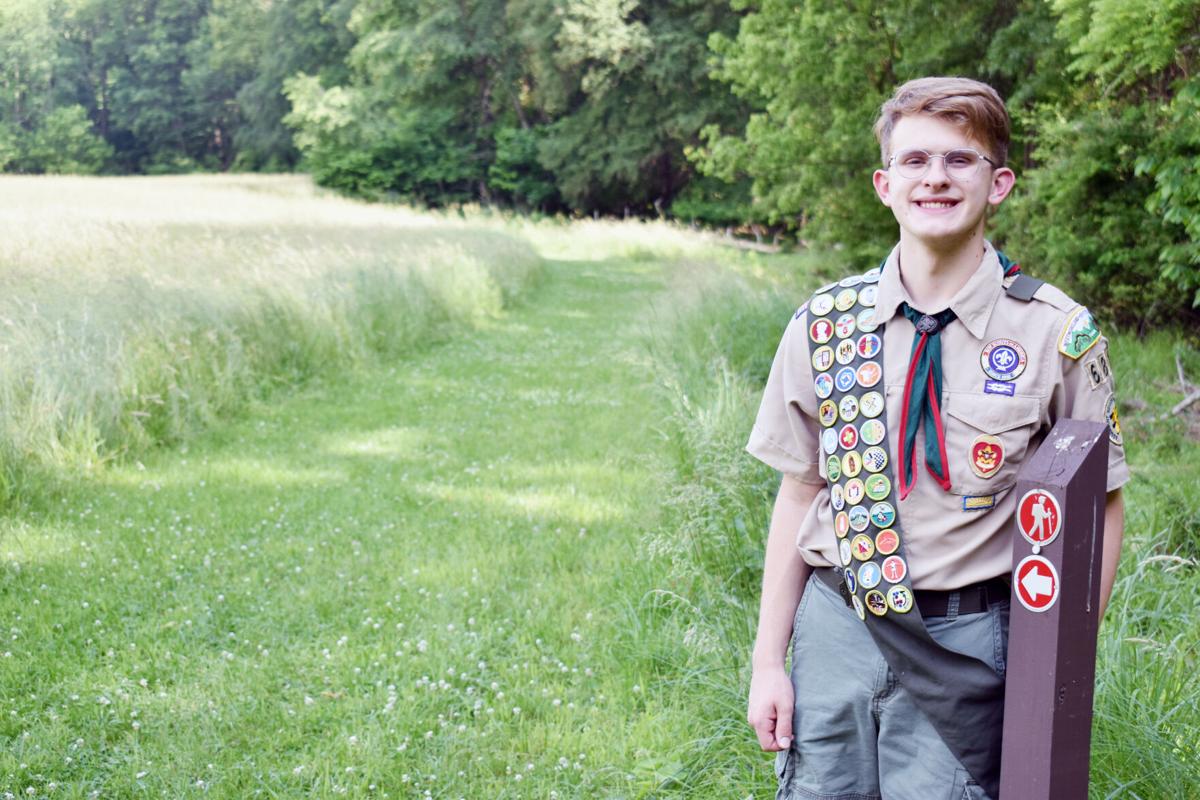 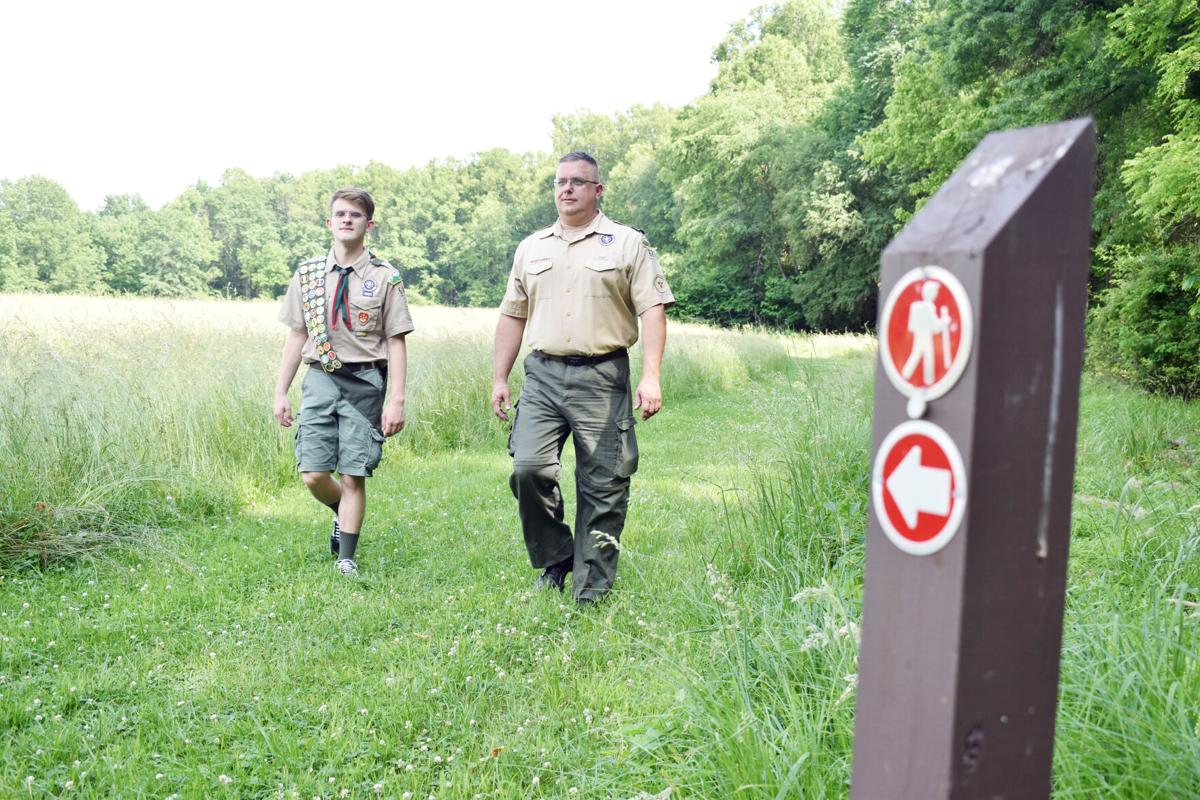 Jonah Hughes walks alongside Scout Master John Tinker of Troop 681. Next to the Friendship Hill trail is one of the updated trail markers Hughes placed for his Eagle Scout project.

Jonah Hughes walks alongside Scout Master John Tinker of Troop 681. Next to the Friendship Hill trail is one of the updated trail markers Hughes placed for his Eagle Scout project.

When Jonah Hughes was walking along the trails at Friendship Hill National Historic Site in 2019, he noticed the trail markers were faded and hard to follow, so he decided to make the needed improvements his Eagle Scout project.

The trails at Friendship Hill, Point Marion, home of early 18th century statesman Albert Gallatin, were marked with posts with colored arrows on them. With the colors nearly faded away and the posts worn down from years in the elements, Hughes said it was hard to know which path was which.

Through his project, Hughes, 17, of Masontown and rising senior at Albert Gallatin High School, replaced the posts on 9.4 miles of trails. The new posts sport new metal plates with brightly colored arrows and trail signage made to last much longer than the old painted posts.

“It was a great chance to make a change to a park that a lot of people use, and it was a really good thing to do,” he said. “It was really beneficial in the end.”

With help from park rangers, his scout master and his fellow scouts at Troop 681 in Smithfield, Hughes started the project in April 2019 and finished it within a month. Hughes said he enjoys being outdoors and helping people, and through his project, he was able to do both.

“Being willing to go out and do things is something I see as a really important quality of an Eagle Scout,” he said. “I’m the first Eagle Scout in our troop in a long time, so I didn’t have anyone else to look up to for this project.”

Hughes also experienced a long delay in attaining his Eagle Scout rank due to the pandemic. Paperwork exchange was slow, and he couldn’t meet up with organization leaders in person. He finally achieved his Eagle Scout status in December and will be given his official patches and awards this month.

Despite some challenges and delays, Hughes overcame and said he is glad he achieved his goal of becoming an Eagle Scout, something he’s worked toward for years. His favorite part of his Eagle Scout project was the peaceful time he spent outdoors with his troop at the beautiful location with the knowledge that he was doing something that would benefit anyone else who used the trails for that same peace and tranquility.