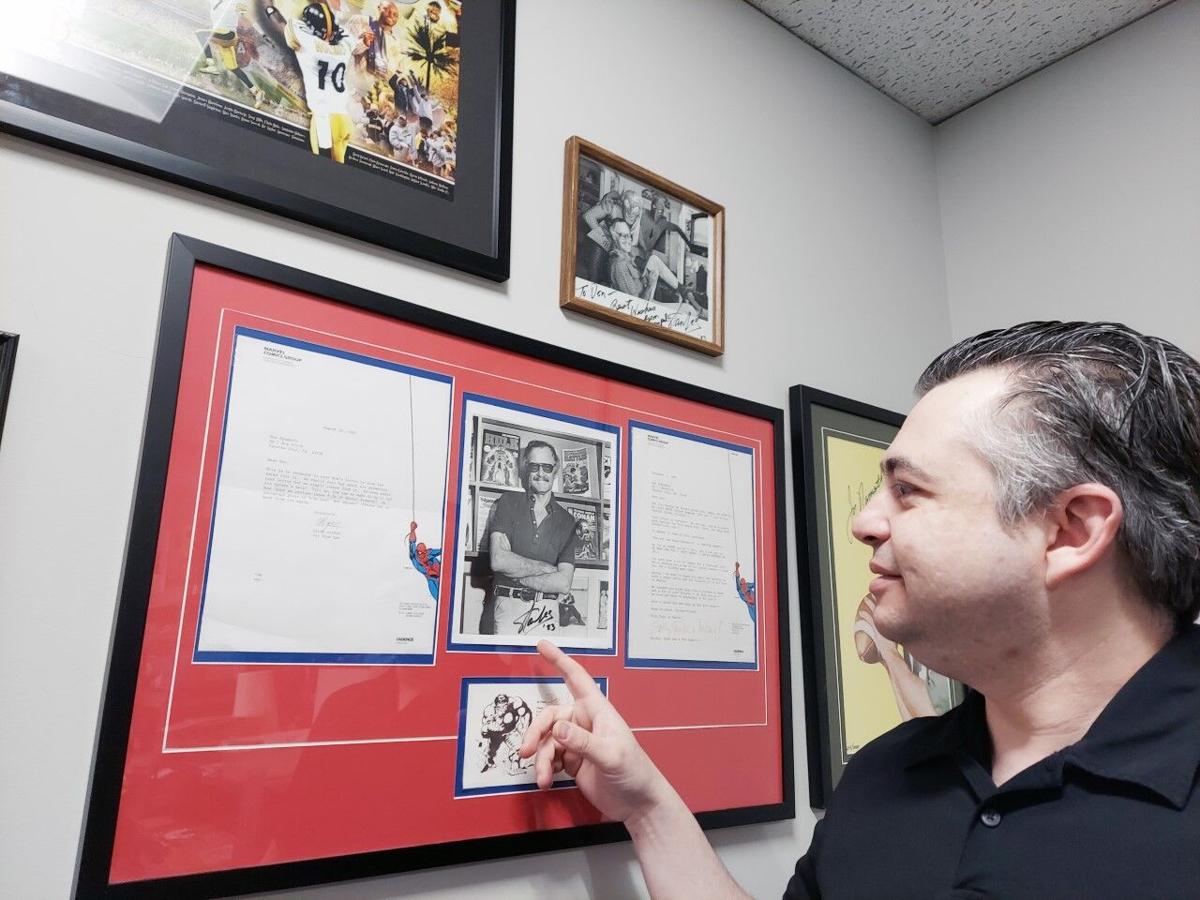 Of the thousands of autographs at Remixxd Steel City Galleries, the one most special for owner Don Spagnolo is the signed letter and photo from the late Stan Lee that he received as a child and is now hanging in his office at his new location in Belle Vernon. 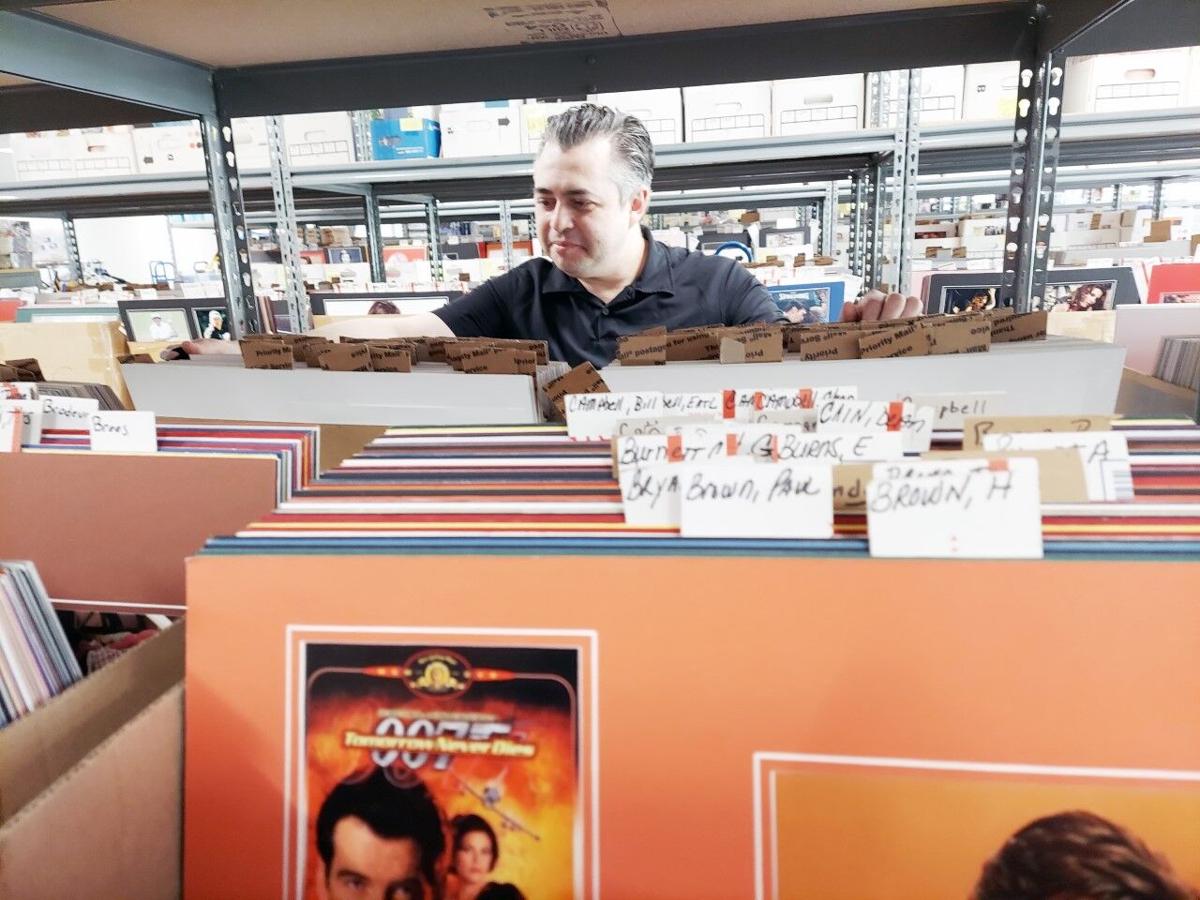 Don Spagnolo, the owner of Remixxd by Steel City Gallaries in Belle Vernon, browses through the thousands of autographed photos of celebrities from film, movie, TV, music, history and sports that are sold through his website. 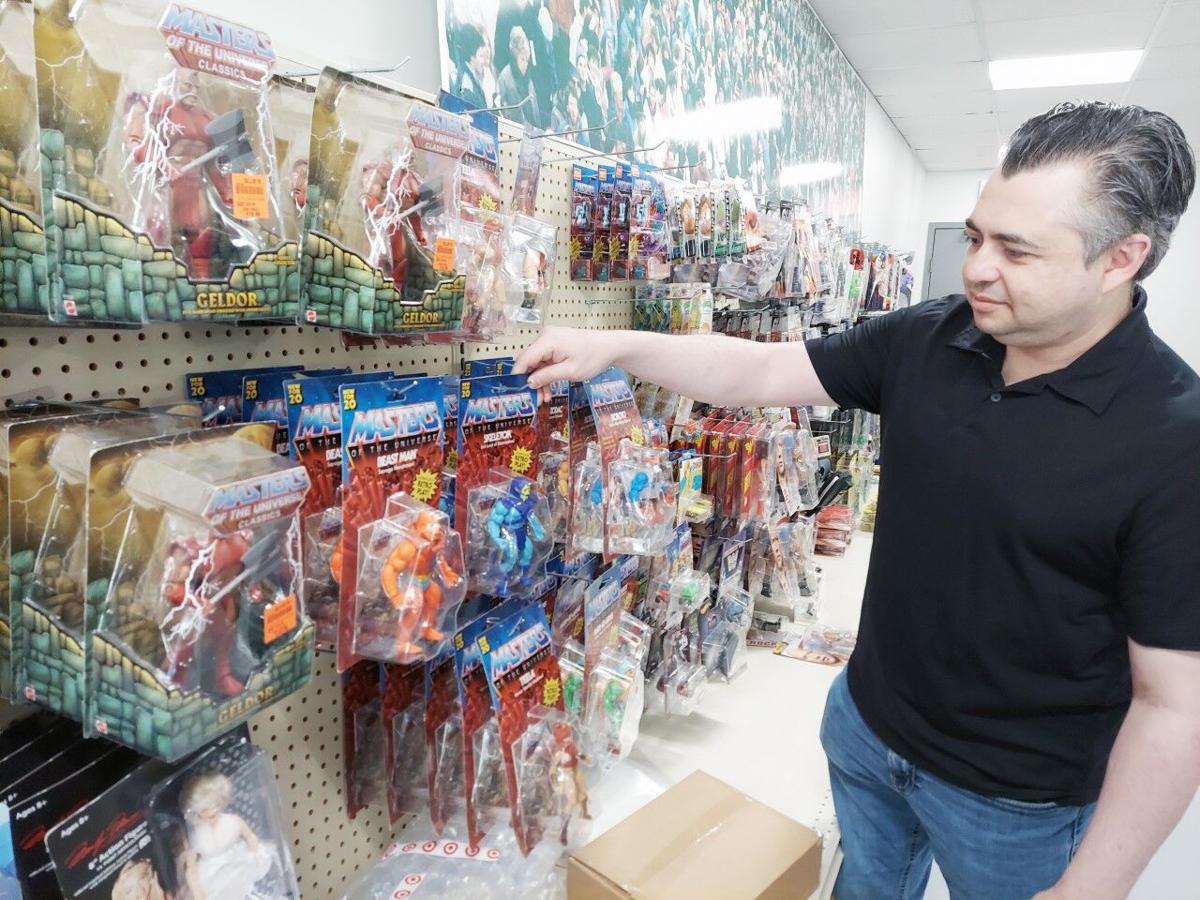 Don Spagnolo, the owner of Remixxd by Steel City Galleries in Belle Vernon, shows some of the many toys at his virtual warehouse of old and new toys sold through his website.

Of the thousands of autographs at Remixxd Steel City Galleries, the one most special for owner Don Spagnolo is the signed letter and photo from the late Stan Lee that he received as a child and is now hanging in his office at his new location in Belle Vernon.

Don Spagnolo, the owner of Remixxd by Steel City Gallaries in Belle Vernon, browses through the thousands of autographed photos of celebrities from film, movie, TV, music, history and sports that are sold through his website.

Don Spagnolo, the owner of Remixxd by Steel City Galleries in Belle Vernon, shows some of the many toys at his virtual warehouse of old and new toys sold through his website.

Don Spagnolo has been a matchmaker of sorts for the past two decades.

As the owner of Remixxd by Steel City Galleries, he’s connected a wide variety of collectibles with eager collectors around the globe. His Belle Vernon warehouse holds any number of items – from sports memorabilia to metal cartoon lunch boxes – but how he started on his journey is an unusual story.

When Spagnolo was a child in the 1980s, baseball was his life. He spent summer days playing Wiffle ball, then little league, and loved to watch the Pittsburgh Pirates.

Like many other kids, Spagnolo had quite a few baseball cards.

“I started collecting at age 7 in 1985 and there was a massive surge in the popularity of cards in the late ’80s/early ’90s,” he said. “Card shops were popping up everywhere.”

Unlike many other kids, Spagnolo had an early head for business. He said he studied the Beckett prices guides like law students would study for the bar exam.

He also came from three generations of grocery store owners including the Giant Eagle in Belle Vernon, which his father owned.

“Unfortunately, my dad did not initially see it that way,” the Monessen resident said, “but he came around.”

And so, he started selling the cards from his father’s store while he was still a student at Geibel Catholic High School in Connellsville.

He continued to run the baseball card sales while taking up business and entrepreneurial studies at Washington & Jefferson College, once taking his class on a field trip to the Giant Eagle to see his own enterprise. Spagnolo also ran a satellite office out of his dorm room.

In 1997, when the internet was starting to boom, he scanned and sold baseball cards on eBay, receiving stacks of checks and cash payments from around the world.

After graduating college in 1999, the video department was taken out of the store and turned into a sports collectables store. That venture lasted two years, ending when his father sold the store back to Giant Eagle’s corporate office.

By 2001, Spagnolo incorporated Steel City Galleries, and started selling the cards out of his home. By then, he said, cards weren’t as hot a commodity as they once were, so he began selling autographs, working with James Spence Authentication, as he still does, to ensure they were real.

A decade later, he was approached by Amazon to be a vendor.

“That was a big boost for us,” he said, adding that he also decided to include vintage pop-culture items to his business to help it grow – and grow it did.

Spagnolo moved into his first office at a business incubator in Monessen in 2009, then transitioned into to a former district judge’s office in Belle Vernon in 2014. A few months ago, his newest location opened at Amcel Center Properties in Belle Vernon.

Spagnolo now has over 5,000 square feet of office space for his virtual warehouse with room to expand at a location less than a mile away from where he started his enterprise at his father’s former Giant Eagle store.

He said it took a month and 15 full-sized U-Haul trucks to move everything to the new location.

“It’s already been a huge reception of people,” Spagnolo said, adding that the reception was mostly online as the space isn’t a traditional retail store with foot traffic. “We have almost 100,000 items that we sell across Ebay, Amazon, Fanatics, a couple of smaller websites and our own website.”

Baseball cards and autographs are still among the things he sells, but his offerings now include new and vintage toys, magazines, comic books, sports memorabilia, board games and lunch boxes.

“There are probably things here sitting in an attic all these years, and someone is looking for that very thing,” he said. “We’re like a matchmaker in that way,” he said.

The customers that do come into the business are those who have things they no longer want, but want to sell. He’s also made the occasional house call to check out what someone has to offer.

Recently, Spagnolo said, they had a customer come in with 12 garages full of things he no longer wanted including 1,500 Hot Wheels toys still in their original packages. Another person wanted to get rid of saved sales books for automobiles for the past 60 years.

When it comes to selling items someone may not know much about, Spagnolo said he has a guide detailing what to look for on his business website, but he added the seller’s mindset going in should also be considered.

“You should get your expectations at the right level ahead of time,” he said, adding that stories of someone having an old baseball card in the attic selling for $1 million are extremely rare. “Not everything will be a $1-million-dollar item.”

However, that’s no reason to be discouraged.

Spagnolo’s made his living paying people for things they’d throw away without knowing their value.

He said the business has had its share of surprises about what people are looking to buy –everything from VHS tapes and beer-tap handles to old “TV Guides” and vintage advertising.

And that, he said, is why the business has lasted so long. When it comes to selling collectables, a business has to get out of its comfort zone and reinvent itself as interest in such items and the method for which those items are bought and sold continually evolve.

That evolution is one of the reasons he changed the name of his company to Remixxd by Steel City Galleries as his business hits the 20-year mark and the products he offers continue to expand.

“A remix is when an old song becomes relevant again, and I think we do that in a lot of ways,” Spagnolo said.

To visit the website or schedule an appointment to sell items, visit www.remixxd.com or call 724-243-3546.