A rendering of a new plaza in North Union Township distributed by the developer, CBRE, shows new businesses set to move into the area, including a Primanti Bros. location as well as Starbucks, Mattress Warehouse and AT&T. 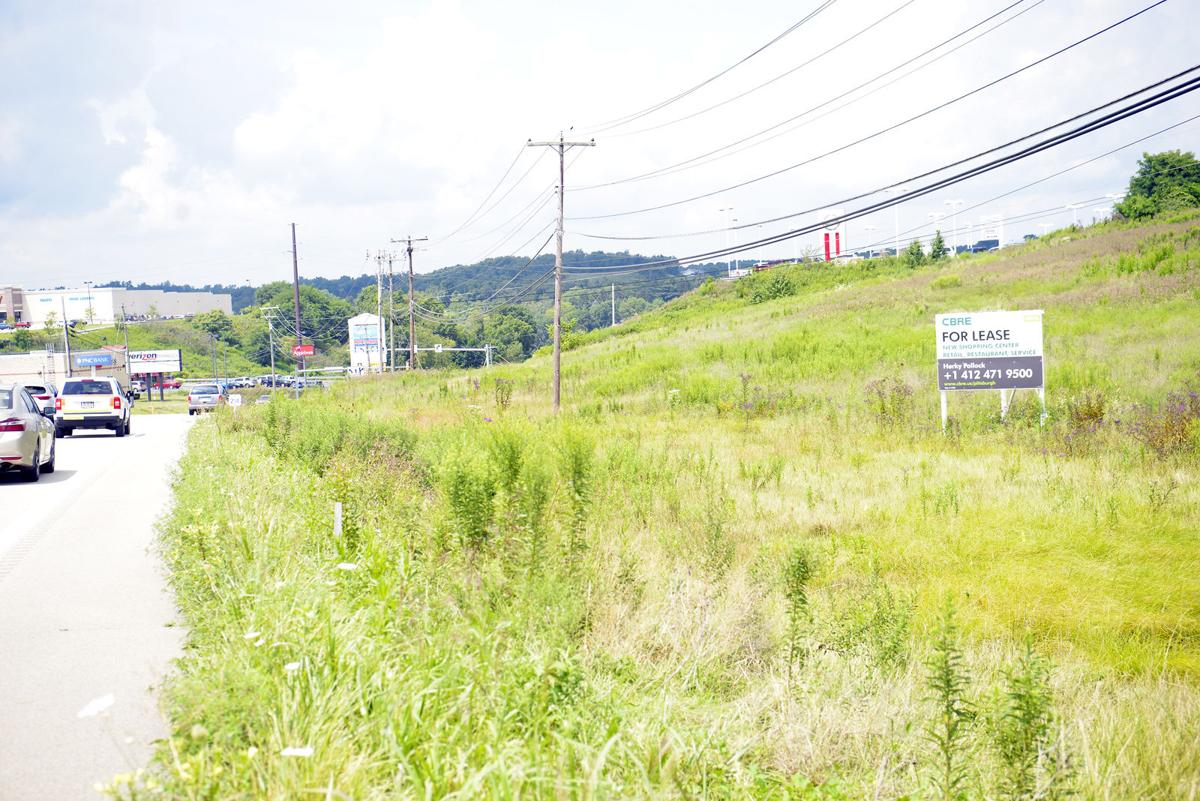 The empty lot in North Union Township is the site of a proposed development that will include a Primanti Bros. location, as well as other businesses including Starbucks, Mattress Warehouse and AT&T, according to information released by the developer, CBRE.

A rendering of a new plaza in North Union Township distributed by the developer, CBRE, shows new businesses set to move into the area, including a Primanti Bros. location as well as Starbucks, Mattress Warehouse and AT&T.

The empty lot in North Union Township is the site of a proposed development that will include a Primanti Bros. location, as well as other businesses including Starbucks, Mattress Warehouse and AT&T, according to information released by the developer, CBRE.

Just months after Texas Roadhouse opened in Uniontown, there is news of another highly anticipated restaurant moving into North Union Township.

In a press release from Primanti Bros., a spot has been secured in a proposed development along W. Main Street in North Union Township, not far from the Uniontown Mall.

“All of us at Primanti Bros. are proud and excited to continue to grow across the Western Pennsylvania region — the place we’ve called home, built our roots and grown since 1933,” said Adam Golomb, chief marketing officer, Primanti Bros. “Primanti Bros. is known for great food and a great time with great service, and we look forward to being a part of (the Uniontown community) as they continue to grow.”

Primanti Bros. first started in Pittsburgh’s Strip District neighborhood, and drew attention nationally for their food — most notably the addition of french fries and coleslaw right on the sandwiches.

Along with the Uniontown location, Primanti Bros. also has plans to open a new restaurant in Monaca.

According to the press release, CBRE leased both properties with Herky Pollock, executive vice president, CBRE, handling Uniontown as owner of the development.

“As both the Monaca and Uniontown communities continue to evolve and revitalize their economic corridors — the addition of Primanti Bros. shows these areas of our region are accelerating and attracting world-class operators and retailers,” said Pollock.

Pollock said the proposed 20,000-square-foot retail building in North Union Township will be called Beesontown Shoppes after the original name of Uniontown and has also landed signed leases by Starbucks, AT&T, Great Clips and Mattress Warehouse.

"Construction (of the development) will start in 45 days and open next summer," he said.

It will be positioned in front of the Ramada Inn and near the newly opened Texas Roadhouse.

“We are always happy to welcome new business to Fayette County,” said Muriel J. Nuttall, executive director of Fayette Chamber of Commerce. “With our mix of corporately-owned and locally-owned establishments, our residents and visitors alike can be treated to an outstanding experience in a beautiful, friendly county.”

She added that Fayette County is poised to grow, and it’s great to see things happening.

“I’ve always been pro-growth,” said Fayette County Commissioner Vincent Vicites. “We have to continue to grow the county to improve the quality of life for our residents.

“We need to offer more opportunities to them through a pro-growth approach,” he added.

Primanti Bros. expects to hire approximately 75 local residents – including kitchen staff, bartenders, and servers, among others. The opening is planned for some time in 2020.

Another inconvenient, scattered stand alone location! This should have gone next to Walmart instead of a car dealership. Hasn't anyone on the planning commission every gone elsewhere to see what other communities do--and its not just putting businesses wherever.

This developer made the decision to buy the property in front of Ramada Inn, and that is solely the developers decision. Obviously, they want to be alone Route 40 and in the back of the business park. Da!