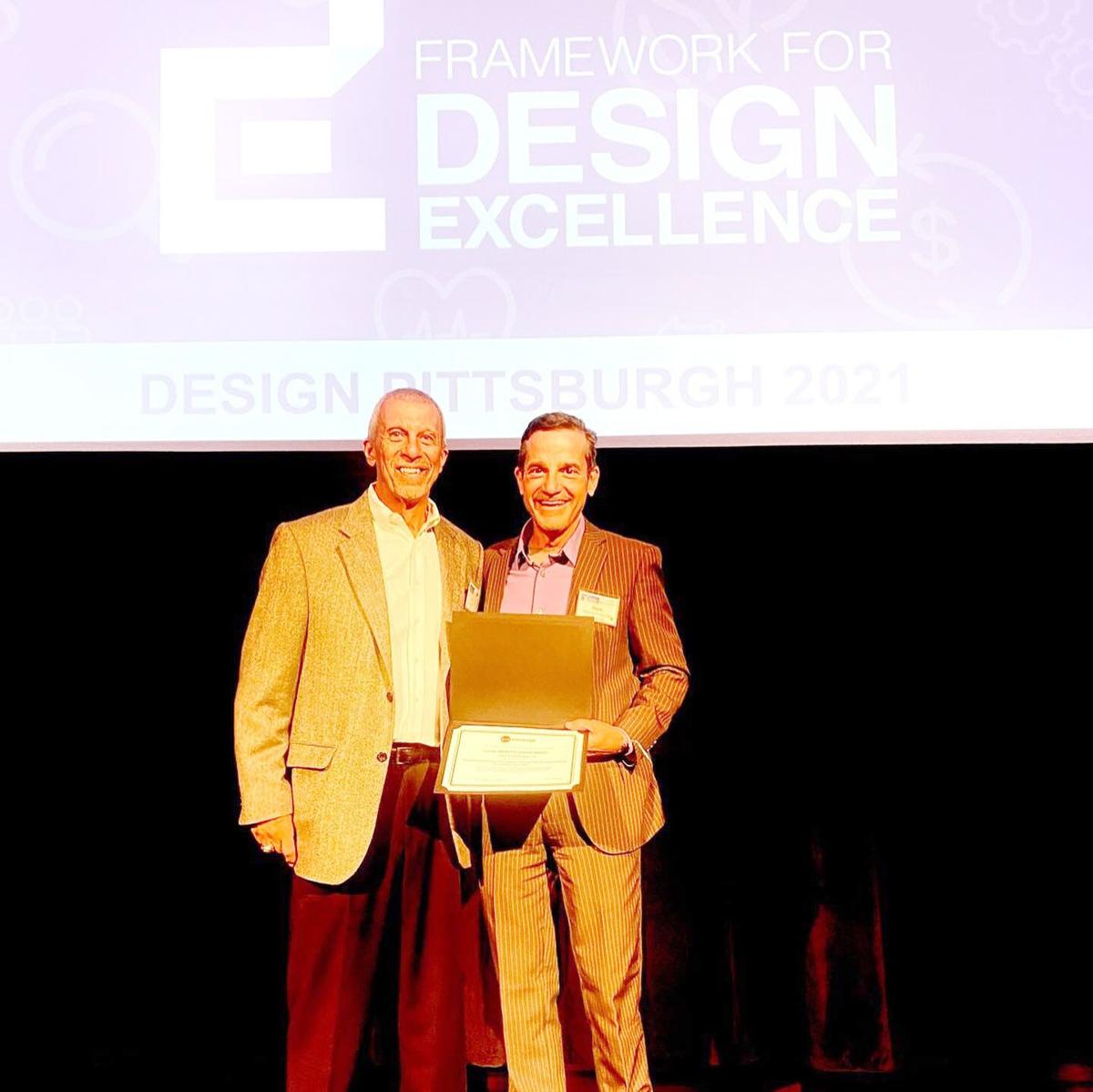 Joe Baratovich, founder of the Perennial Project (left) and Mark Dietrick with Case Technologies accept the 2021 Social Impact in Design Award from the Pittsburgh chapter of the American Institute of Architects for the project’s Portals Initiative. 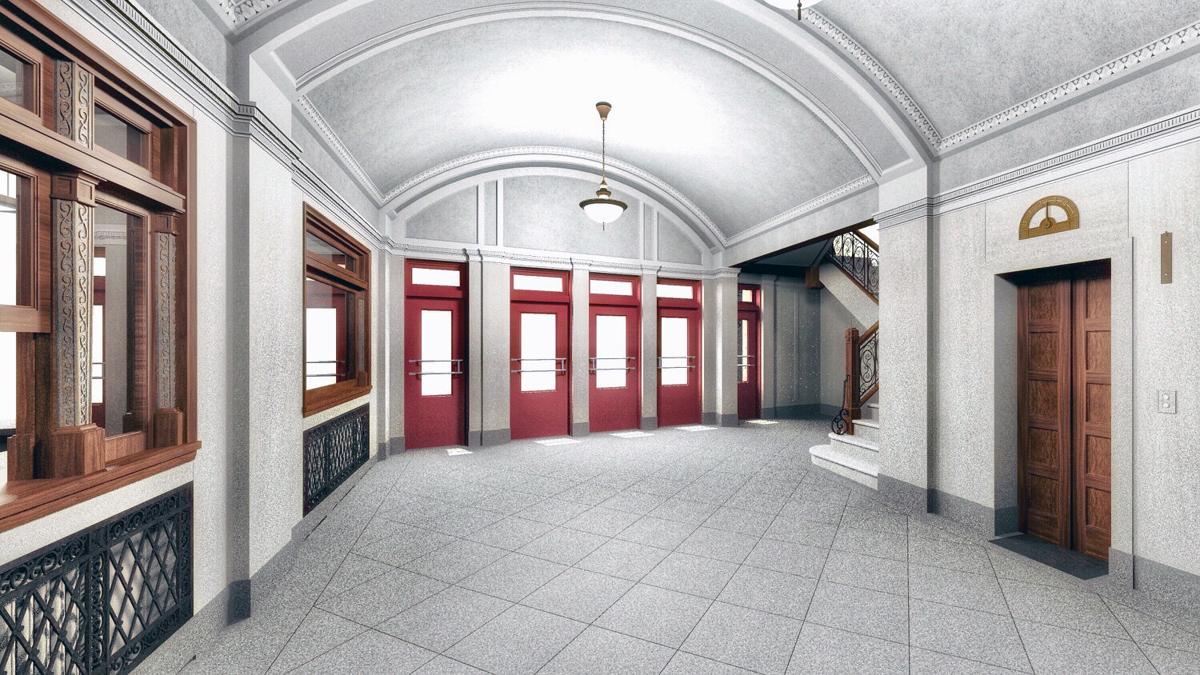 Using laser scanning and other technology, students at Brownsville Area High School worked with a Perennial Project consultant to recreate the interior of the borough’s Union Station Building as it once looked.

Joe Baratovich, founder of the Perennial Project (left) and Mark Dietrick with Case Technologies accept the 2021 Social Impact in Design Award from the Pittsburgh chapter of the American Institute of Architects for the project’s Portals Initiative.

Using laser scanning and other technology, students at Brownsville Area High School worked with a Perennial Project consultant to recreate the interior of the borough’s Union Station Building as it once looked.

A Brownsville revitalization organization has received an award for the community’s efforts to make a social impact through virtual time travel.

The Pittsburgh chapter of the American Institute of Architects awarded its 2021 Social Impact in Design Award to The Perennial Project.

The nonprofit’s efforts to revitalize Brownsville was recognized for its Portals Initiative, which uses laser scanning and other technology to transport people into the heyday of borough landmarks like Nemacolin Castle and the historic Union Station.

Joe Baratovich, Perennial Project founder, said none of what was achieved with the Portal Initiative would have happened if it weren’t for the community effort behind it.

“It’s the town’s award as much as the Perennial Project,” Baratovich said. “It’s not just us; it’s everybody.”

The initiative involved 3D laser scanning of sites by the nonprofit Volterra-Detroit Foundation.

Laura Patterson, who is involved in the Perennial Project, suggested the scanning project to her colleagues at the foundation.

Patterson knew of the major structural issues with the streetscape in Brownsville; while many held out hope a developer would swoop in and save them, some buildings were beyond repair.

Mark Dietrick of Case Technologies is on the board of Volterra-Detroit, and visited Brownsville last year to conduct 3D laser scans of borough landmarks.

“One of the services we offer is reality computing,” he said.

“It’s like a parallel virtual world,” according to Dietrick.

Since the Union Station had fallen into significant disrepair, Dietrick said they relied on outside and inside 3D scans of the building, and also used old photos and drawings to digitally recreate the station during its heyday in the 1940s.

Students from Brownsville Area High School used the same model used to in video games to give the recreated images more of an atmospheric effect, including animations of people conducting business and sounds of a bustling train station.

“If you have a headset and controllers, you can even walk through the buildings,” Dietrick said. “It’s really fascinating.”

But the students didn’t just learn about technology.

Dietrick said they also studied the history of the building, how important the Union Station was and how it was used. Area residents provided stories about the station, and students used those to create storylines.

“It’s a really interesting, compelling way to capture the history of the community and tell these wonderful, true stories that we’ll have forever now that it’s digital,” he said.

Dietrick didn’t have high hopes of winning the award because most architecture awards are for tangible projects and the Portals Initiative was conceptual.

“It was received really well,” Dietrick said. “We’re thrilled to be recognized.”

Patterson said the digital revitalization of the station could open the doors for virtual or historic tourism in the borough and open Brownsville to the world as a professional and academic “test kitchen” with the technology.

Baratovich said the Perennial Project, which started with community cleanups and flower planting, will continue moving forward to better the area. Next year, they’ll use a $25,000 grant from the GIANT company to install a park in Brownsville, he said.

For more information on the Portals Initiative including videos and other information, visit the Perennial Project’s website at www.brownsvilleperennialproject.org