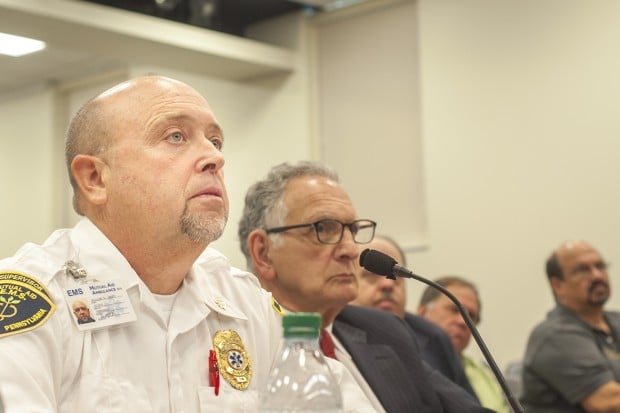 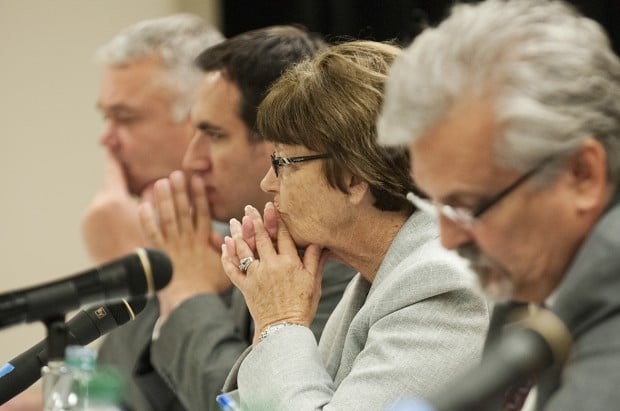 The House Democratic Policy Committee listened to the pros and cons of new Emergency Medical Service certification requirements at a public hearing on Wednesday.

The new regulations will affect paramedic training and increase the amount of time needed for certification. According to testimony presented at the hearing, the cost for a paramedic to attain the certification would increase from $2,500 to $20,000.

“We have some concerns about accreditation changing from state to national oriented, so we want to bring these issues to the committee,” said Cataldo Corrado, chairman of the Fayette County Emergency Medical Services Council.

Rick Adobato, chief of operations for Fayette EMS, said these changes will have a huge impact in rural areas where recruiting paramedics and emergency medical technicians is tough.

“I’m concerned because the higher costs will keep a lot of people out of the program,” he said. “I’m not worried about that now as much as I am 10 years from now because there won’t be as many paramedics. That’s going to be a major problem.”

Joseph Schmider, director of the bureau of EMS at the state Department of Health, said most states require paramedics to be tested for national certification. Paramedics with national certification credentials are able to work in other states. He said the transition to the new standard is already occurring in paramedic educational programs. Creating a statewide test for certification would be more expensive than using the national test.

Schmider said increasing the amount of medical training is necessary because the job has become more difficult in past decades. He said during the early part of his long career, it was a mark of honor to get blood splattered on an EMS provider’s uniform whereas today that person might be at risk for contracting a disease such as hepatitis. Additional training and certification requirements could lead to higher salaries for EMS providers, he said.

“Nothing really changes — the sky is not falling,” Schmider said.

State Rep. Deberah Kula, D-North Union Township, asked why these changes are necessary if the certification and training already in place is virtually identical to national certification regulations.

“It just seems like it is the same career path, same service and same end,” said Kula, vice chair of the House Democratic Policy Committee.

State Rep. Tim Mahoney, D-South Union, said changing the rules makes it harder for people to pursue these careers or volunteer in their communities.

“Somewhere you have to draw a line — I don’t want to make it harder for people,” he said. “You just can’t keep adding hoops for people to jump through.”

EMS training institutes in southwestern Pennsylvania oppose the new certification process, which will fall under the auspices of the Texas-based Committee on Accreditation of Educational Programs for the Emergency Medical Professions (CoAEMSP). The Pennsylvania Department of Health already oversees this training.

William Groft is the director of operations for the Mutual Aid Ambulance Service, Inc., of Greensburg. Mutual Aid provides EMT and paramedic training to many of the region’s EMS workers. He said the additional costs of training will be passed on to students — a move that may deter people from these careers.

Groft said compliance costs will increase and that may force some ambulance companies to reduce staff. Avonmore in Westmoreland County and Duquesne in Allegheny County closed due to financial constraints within the last month.

“Idealistically, the accreditation program/process has value,” he said. “However, practically, as an operations director, I believe there will be fewer numbers of students entering the program and potentially fewer programs available. These factors alone will negatively impact an already fragile workforce. Fewer paramedics will require a higher wage. Ambulance companies that are facing tighter restrictions on reimbursement may not be able to compensate adequately for paramedic-level salaries. All of this is occurring as Pennsylvania’s population is becoming more aged.”

Raising the tuition ten fold is ridiculous! If these people want to mandate national certifications and pass the buck to someone willing to volunteer their time to help others is down right awful! Here's an idea, pass the buck to big insurance companies and see how long it lasts. If this happens everybody will be sorry. Try driving yourself to the hospital with a gun shot wound to the head....its our country let your voice be heard....

I dont understand why people are saying this is so outrageous.... Nursing school cost 10x more then what the proposed new cost for paramedic program. Do you see people not going to nursing school? NO! In fact there is a waiting lest for just about every nursing program i have ever run across. They pay more and go to school longer to do about half of what we do in the field everyday. If someone wants to be a paramedic they are going to find a way to be a paramedic. It's not like t there is no place to get a loan to go to paramedic school. I took one out when I went.

If raising the cost of schooling and extending the requirements one must meet is going to get us better paramedics with higher standers out in the field... i'm all for it!

We deserve to be paid as much as nurses! Something has got to change...