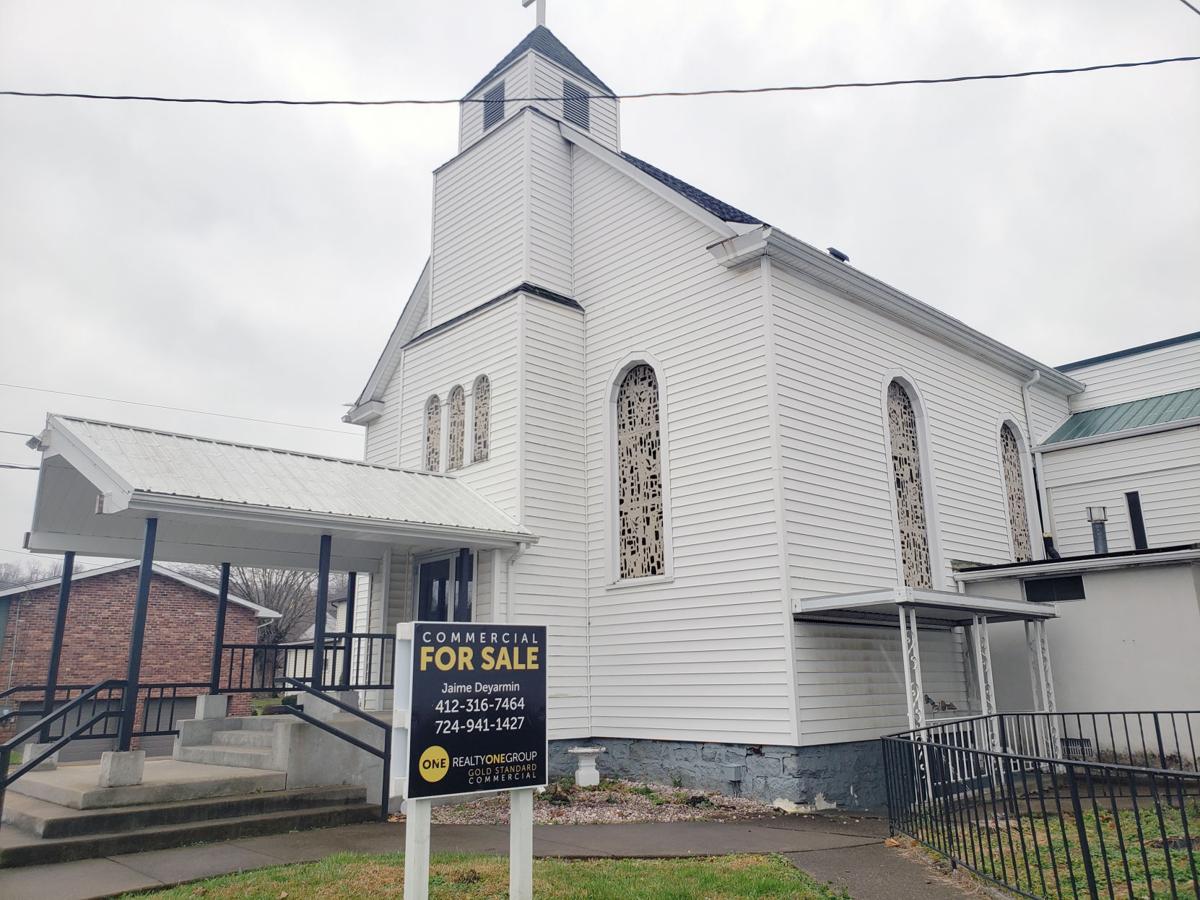 The Catholic Diocese of Pittsburgh has placed the closed St. Joseph Church in Roscoe on the market. 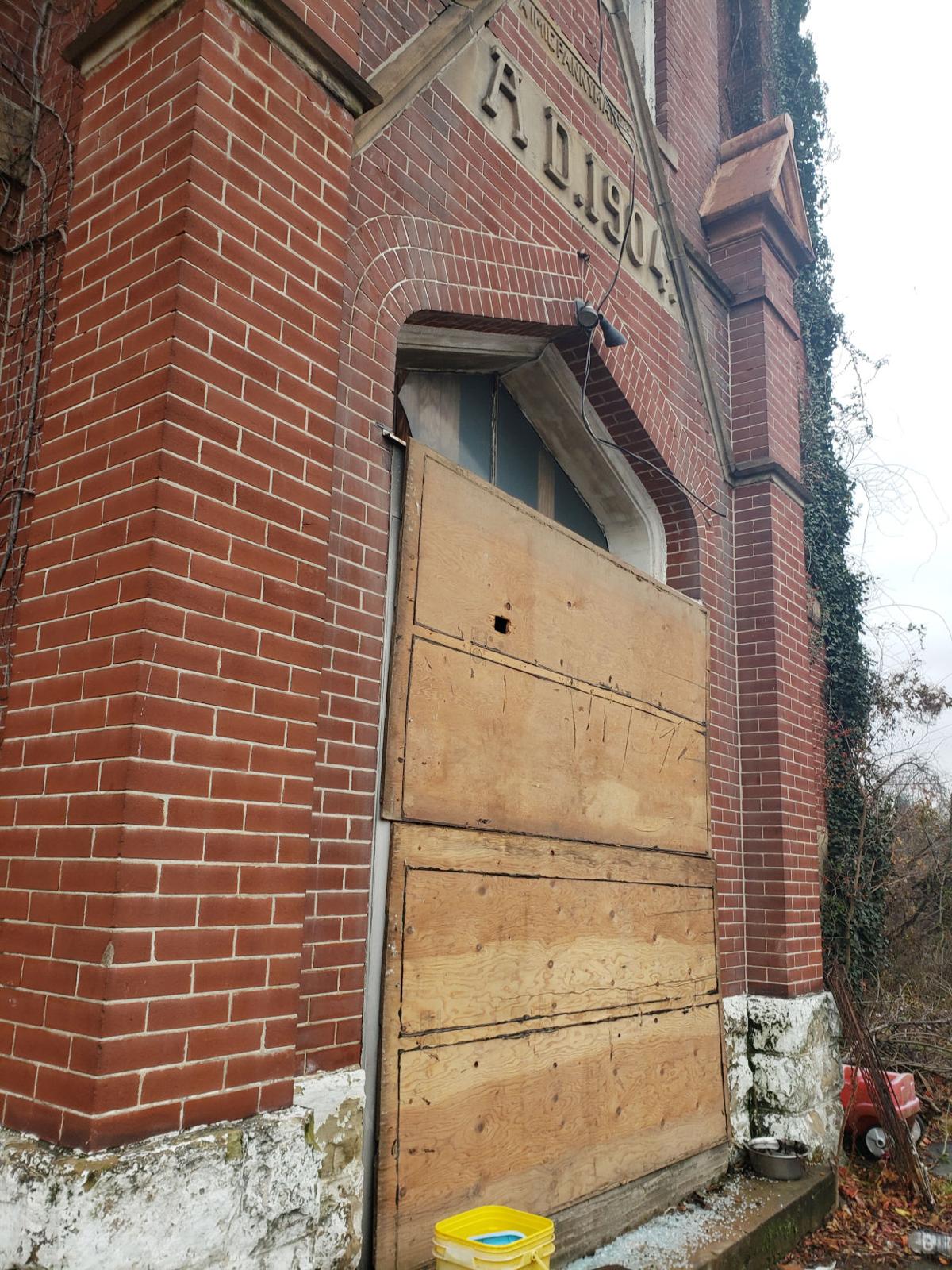 The entrance to the former St. Mary Church in Donora is boarded up in the wake of the rescues of neglected cats that led borough officials to condemn the property. 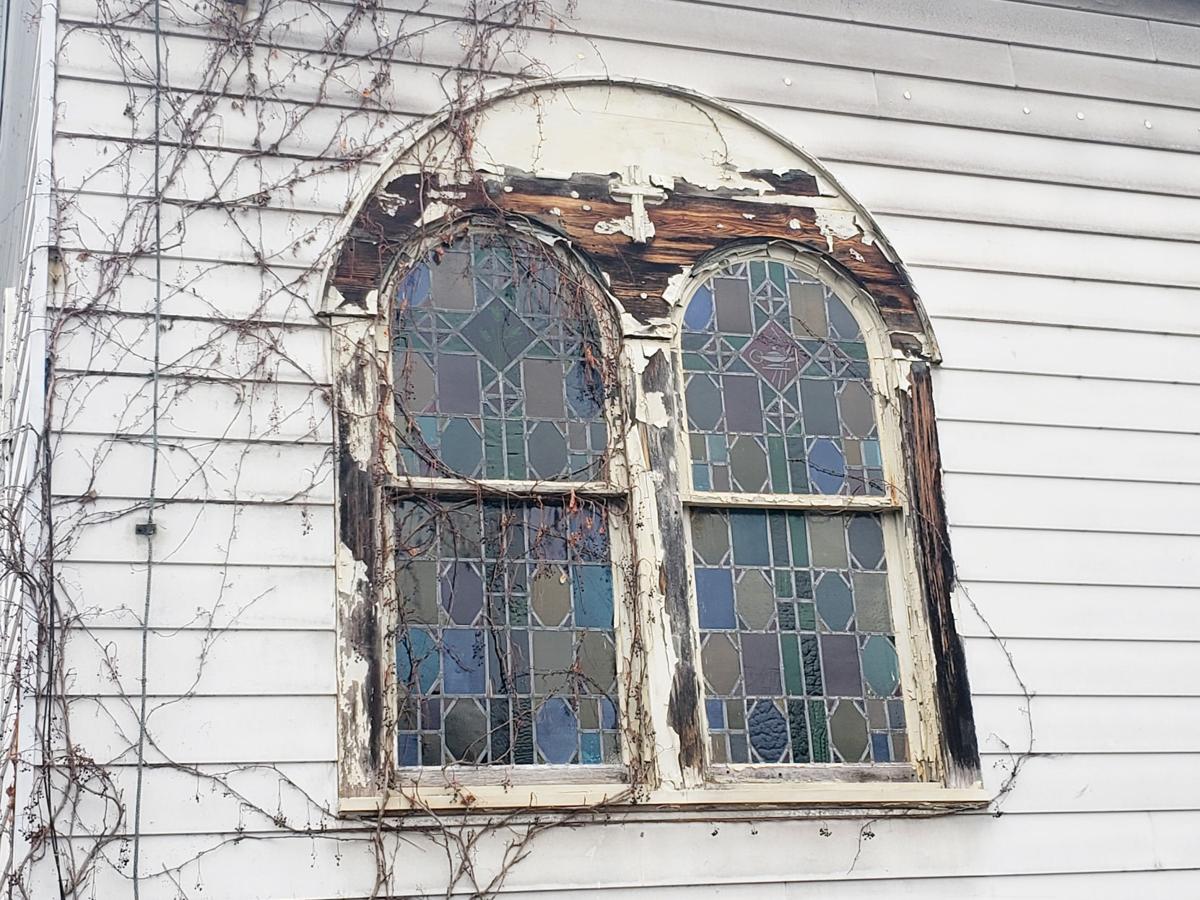 The elements are taking their toll on the windows at the former St. Charles Church in Donora. 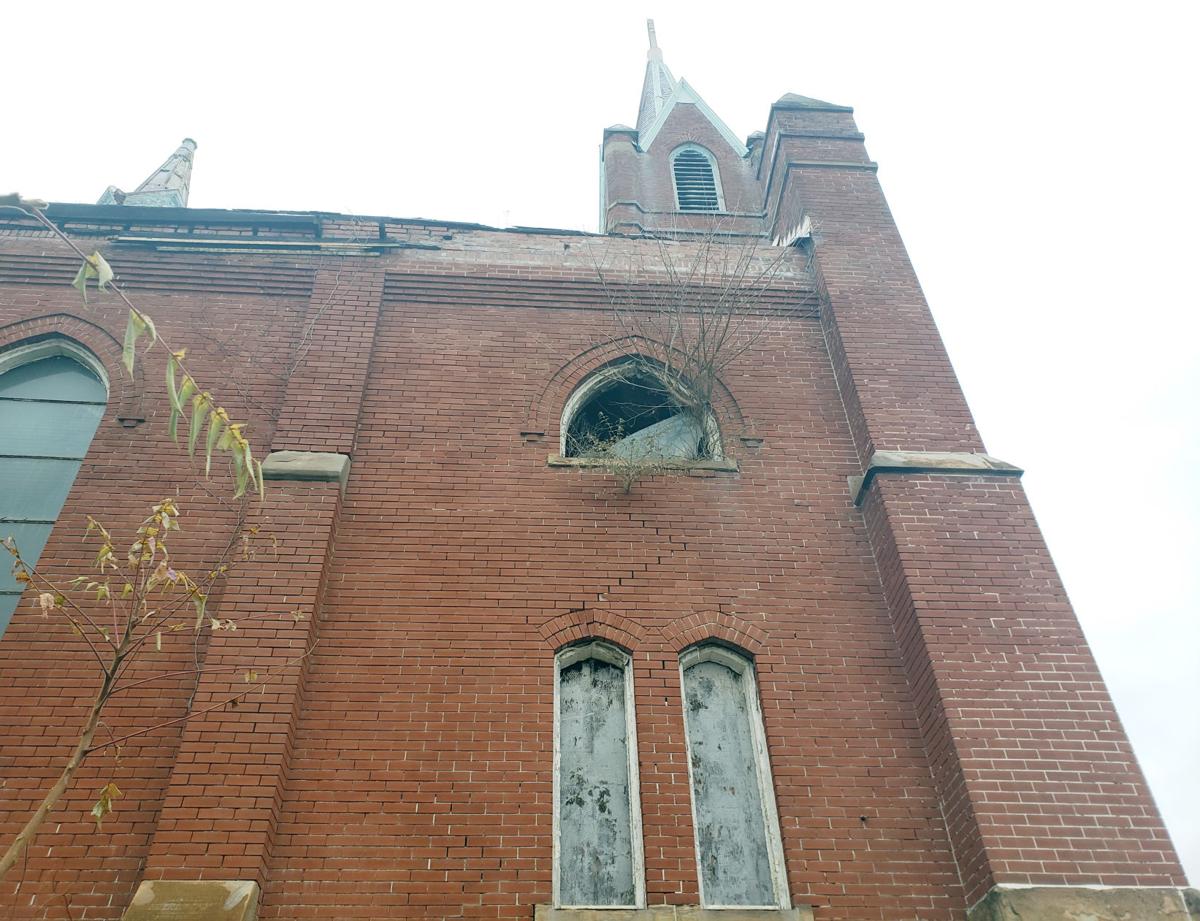 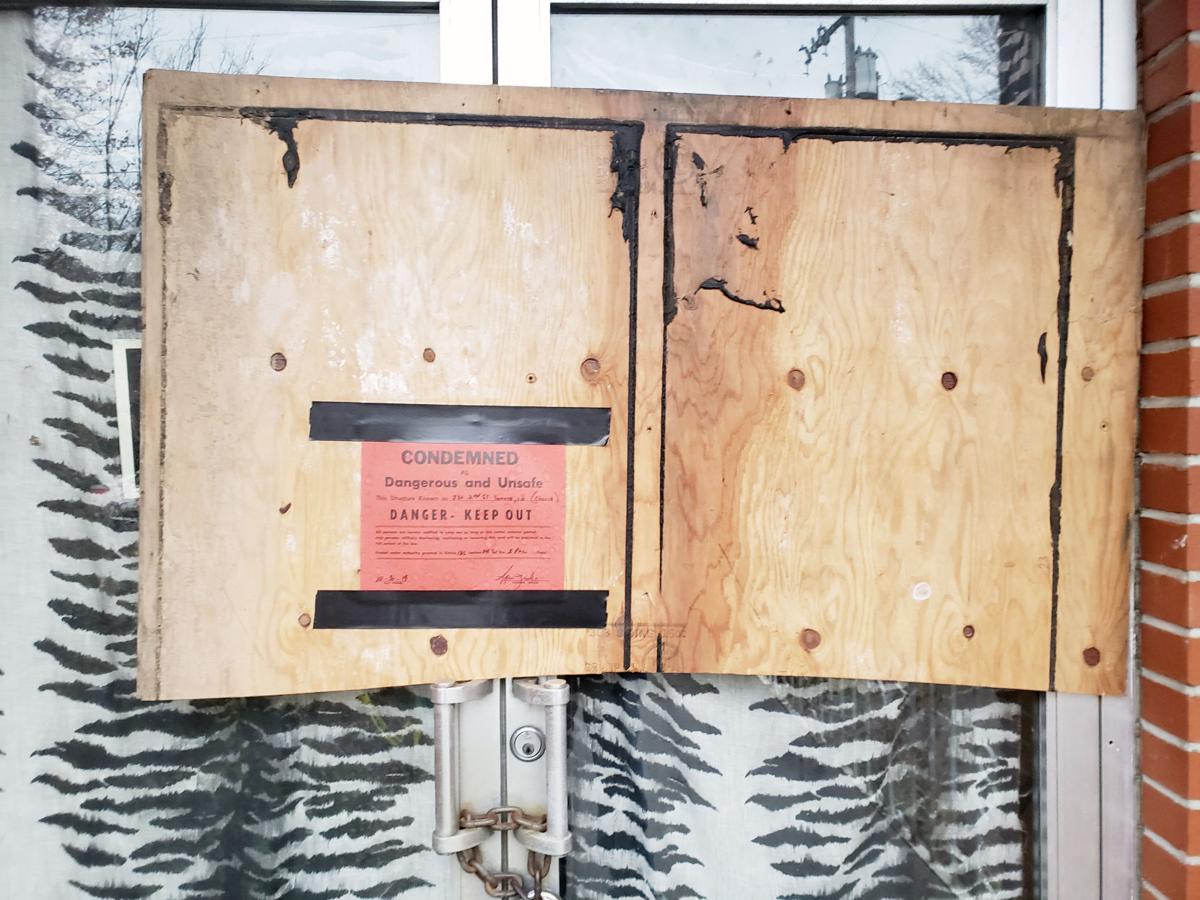 Donora officials have posted a condemned sign on the rear door to the former St. Mary Church. 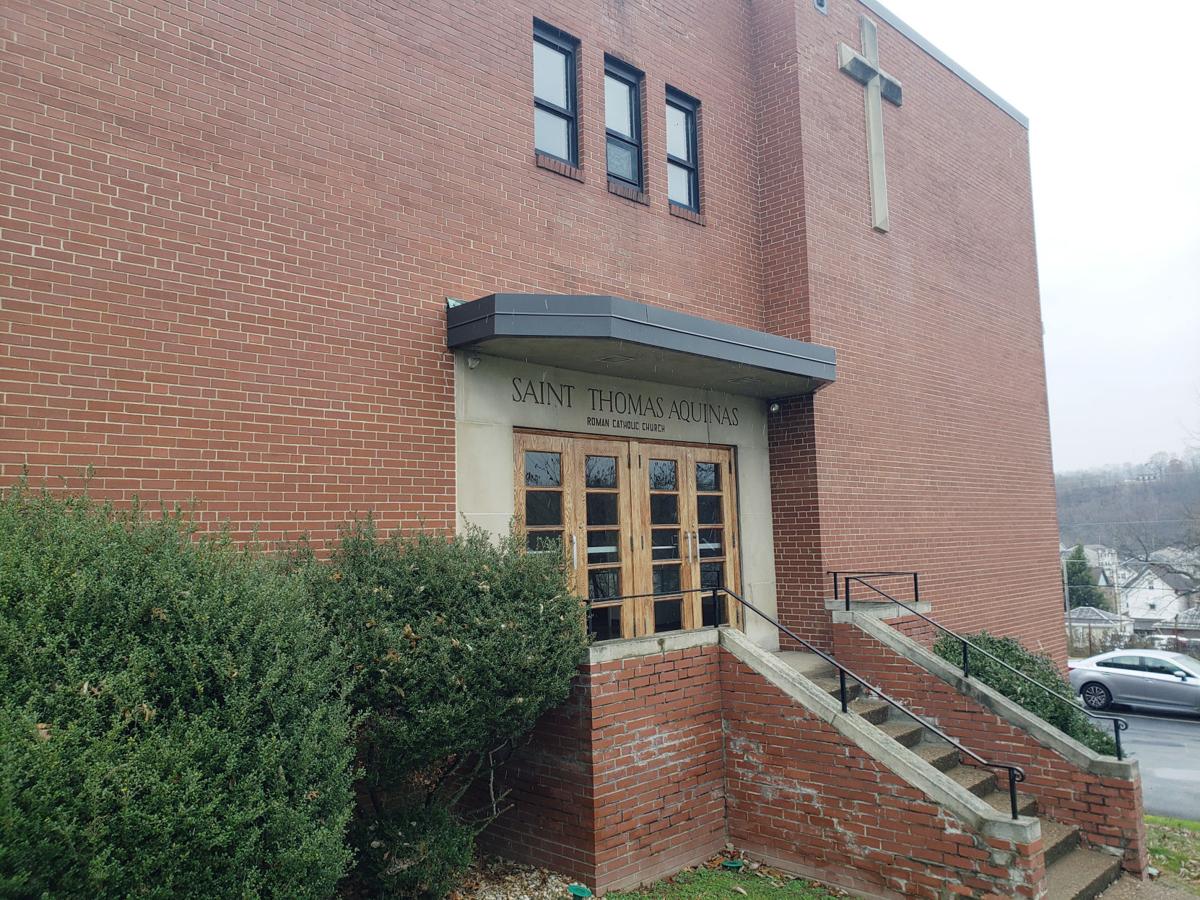 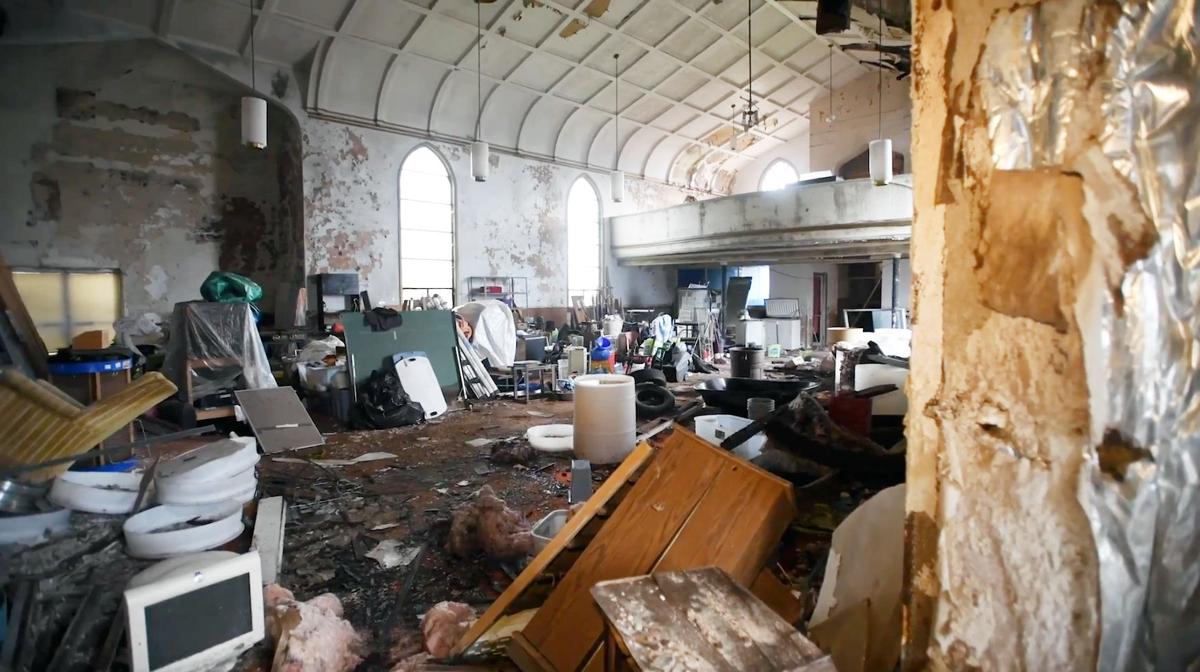 Courtesy of the Humane Society of the United States

In this provided photo, a number of cats were found living in the former St. Mary Roman Catholic Church in Donora.

The Catholic Diocese of Pittsburgh has placed the closed St. Joseph Church in Roscoe on the market.

The entrance to the former St. Mary Church in Donora is boarded up in the wake of the rescues of neglected cats that led borough officials to condemn the property.

The elements are taking their toll on the windows at the former St. Charles Church in Donora.

Donora officials have posted a condemned sign on the rear door to the former St. Mary Church.

Courtesy of the Humane Society of the United States

In this provided photo, a number of cats were found living in the former St. Mary Roman Catholic Church in Donora.

DONORA – A stalled lawn tractor, discarded lumber and a cat cage are among the junk that litters the grounds at a former Roman Catholic church and rectory in Donora.

The cage is a silent reminder that nearly 150 neglected animals, mostly cats, were seized in late October from this blighted property once known as St. Mary Church that was closed more than two decades ago by the Catholic Diocese of Pittsburgh.

“It was such a wonderful building,” said Sandy Mansmann, a coordinator at Washington County History & Landmarks Foundation.

Donora was among the earliest communities to experience shuttered churches following the collapse of the steel industry in the 1980s at a time when the borough was already seeing a population decline.

The St. Charles Catholic Church also was permanently closed in Donora in 1992, and the diocese eventually locked the doors to St. Dominic Church there in 2011.

“It’s a shame because a lot of these churches, parishes, were viable,” said Laura Magone, who is fighting to reopen St. Anthony Church in nearby Monongahela.

The Mon Valley has seen the most Roman Catholic church closings in the area where thousands of steelworkers were once employed, Mannsman said.

Similarly, in Greene County, churches that were built in the small towns that grew when the coal industry was booming have closed.

Some of the churches have been repurposed, but “you need someone with lots of money and imagination” to accomplish that, Mannsman said.

The Catholic Diocese of Pittsburgh has cited costs, declining populations and fewer priests as reasons to consolidate parishes and close worship sites.

In the newly formed St. Mathias Parish in Greene, four churches merged, while four others – St. Thomas in Clarksville, Sacred Heart in Rice’s Landing, St. Mary in Crucible, and Our Lady of Consolation in Nemacolin – were closed because repair costs were prohibitive.

“Four of the buildings were really unsustainable, in very bad condition, and we didn’t have the finances to get them fixed,” said the Rev. Albin McGinnis, administrator of St. Mathias Parish.

Bob DeWitt, spokesman for the Diocese of Pittsburgh, said there is no estimate as to the number of church buildings that will be used in the future, or the future use of unused buildings.

He said proceeds from the sale of any parish assets, such as church buildings, will remain with the parish.

Peter Borre, canonical law expert and founder of Boston’s Council of Parishes, predicts the number of Catholic churches in Pennsylvania expected to close over the next few years “could well be over a hundred.”

The costs of settling those claims have dioceses considering options including bankruptcy, victims’ compensation funds, or tapping into valuable real estate to stay afloat.

St. Mary in Donora has changed ownership since then-Bishop Donald Wuerl sold the property in 2005 for $15,000, Washington County records show. Eventually the property became home to cat rescuer Christie Dee Harr, who is awaiting a court appearance on charges of aggravated cruelty to animals.

Meanwhile, the Young Preservationists Association of Pittsburgh, an organization that promotes the preservation of historic buildings, has launched a program called Saving Sacred Spaces that is working to repurpose empty churches.

Matthew Craig, executive director of the association, pointed to St. John the Baptist Church in Lawrenceville that was converted into Church Brew Works, a popular brewery and restaurant.

Throughout the country, churches have been repurposed as condominiums, concert halls, artists’ studios and art centers and medical offices.

“We have been working pretty diligently to try to find solutions,” said Craig.

He noted that there are different possible uses for each church building, but acknowledged that not every building being closed by the diocese can be repurposed.

“Anything you imagine they could be, they could be. But it has to be a community-centered asset. The community has to come together and determine what they need in their community,” said Craig, noting the Catholic Church doesn’t want to see all of its unused churches converted to bars. “But every building has to earn a living. And it has to make sense financially in the services it provides, and the costs of just keeping the heat on and keeping the lights on. It comes down to economics.”

Craig said the Young Preservationists Association is willing to consult with communities on how to go through the process of repurposing churches.

Borre pointed out how difficult church closures are for parishioners, who celebrated marriages and baptisms and mourned deaths of loved ones in those churches, and have reached into their pockets to help pay for construction and renovation projects.

Borre estimates he has handled around 150 cases for parishioners trying to stave off the sale of their churches over the past 10 years.

“I have never seen such intensity of feeling as I have seen in Western Pennsylvania in the dioceses of Pittsburgh and Greensburg,” said Borre. “These people are the salt of the earth, and their religion has long been a part of their lives. The strength and depth of their feeling for their churches is remarkable.”

Local churches innovating as congregants across the country leave

The doors of Mount Olivet Baptist Church in Uniontown's East End were open on Thanksgiving as community members poured in for dinner and to shop for free at pop-up shops.