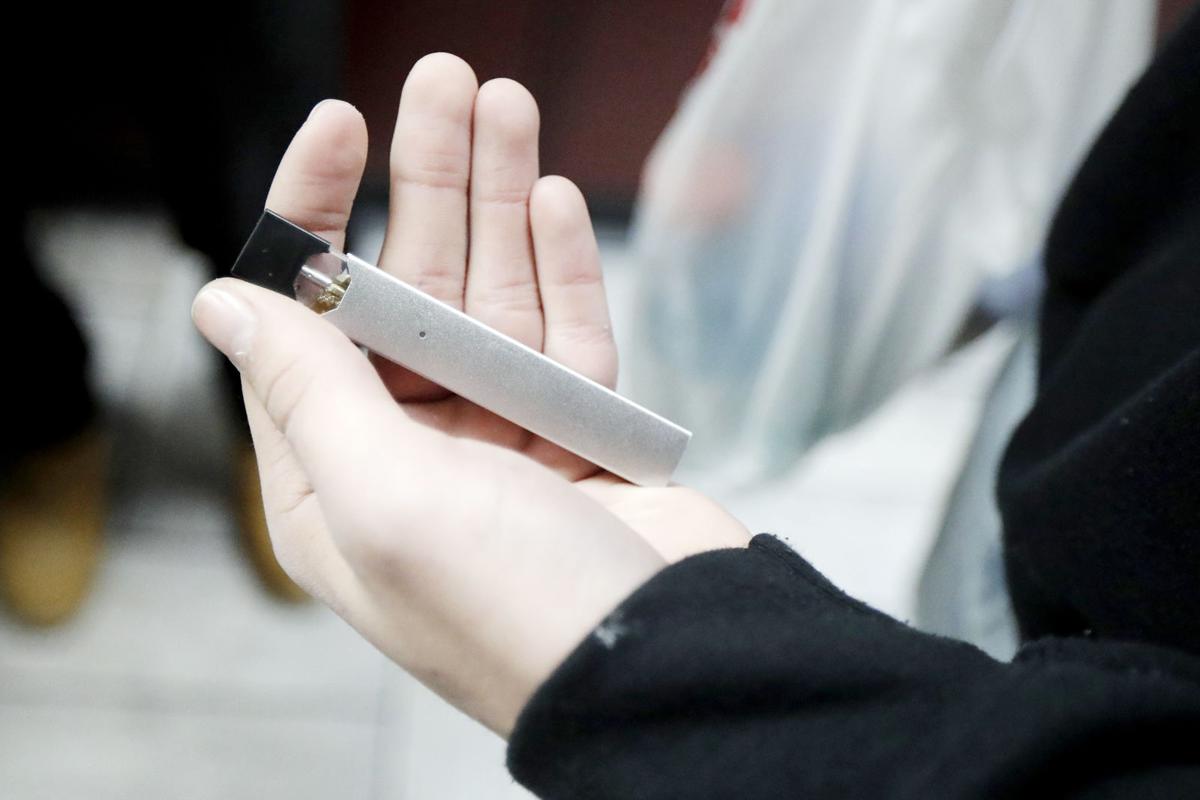 In this file photo, a Juul electronic cigarette is shown.  U.S. health officials are scrambling to keep e-cigarettes away from teenagers amid an epidemic of underage use. But doctors face a new dilemma: there are few effective options for weening young people off nicotine vaping devices like Juul. (AP Photo/Julio Cortez, File) 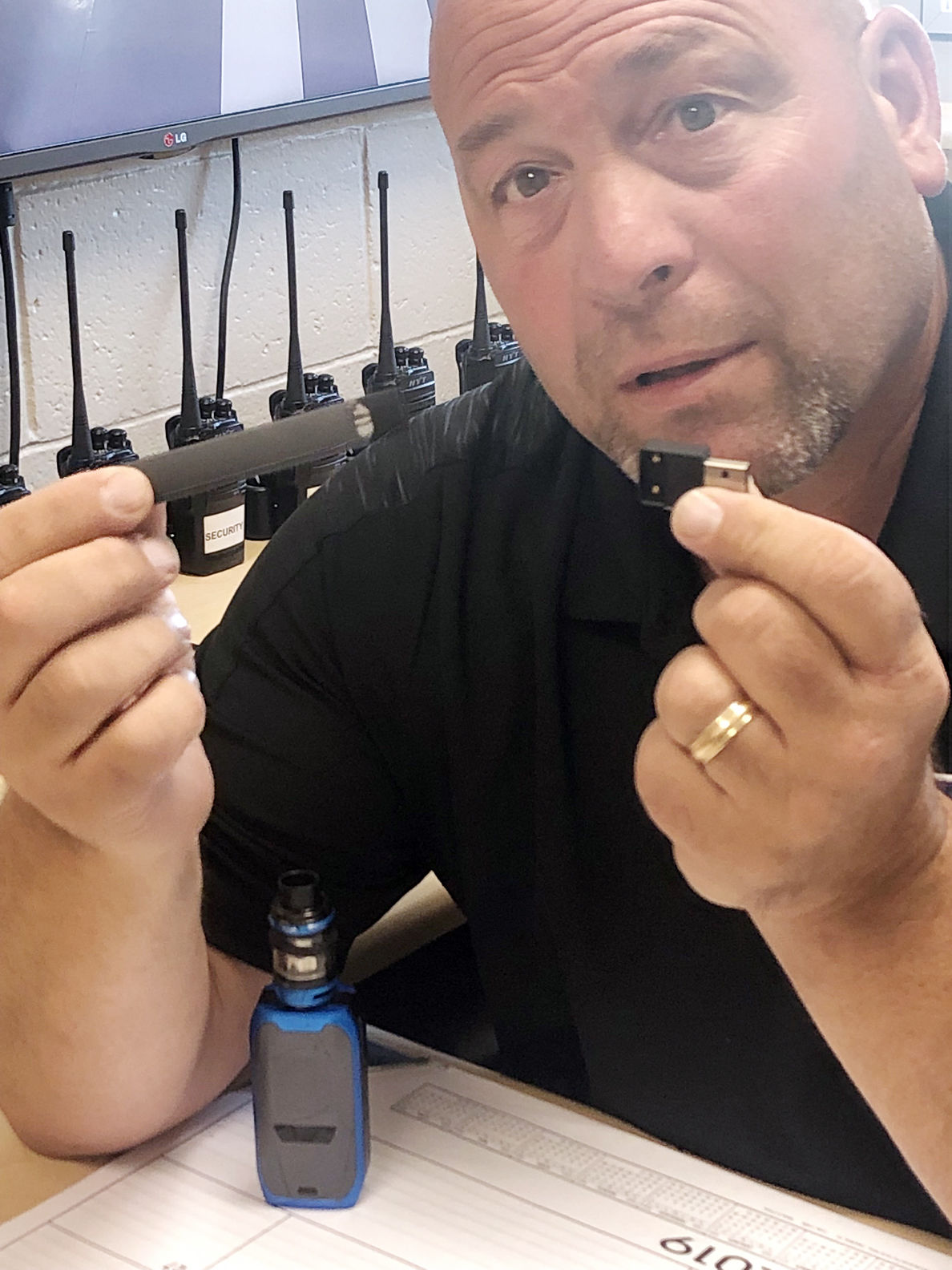 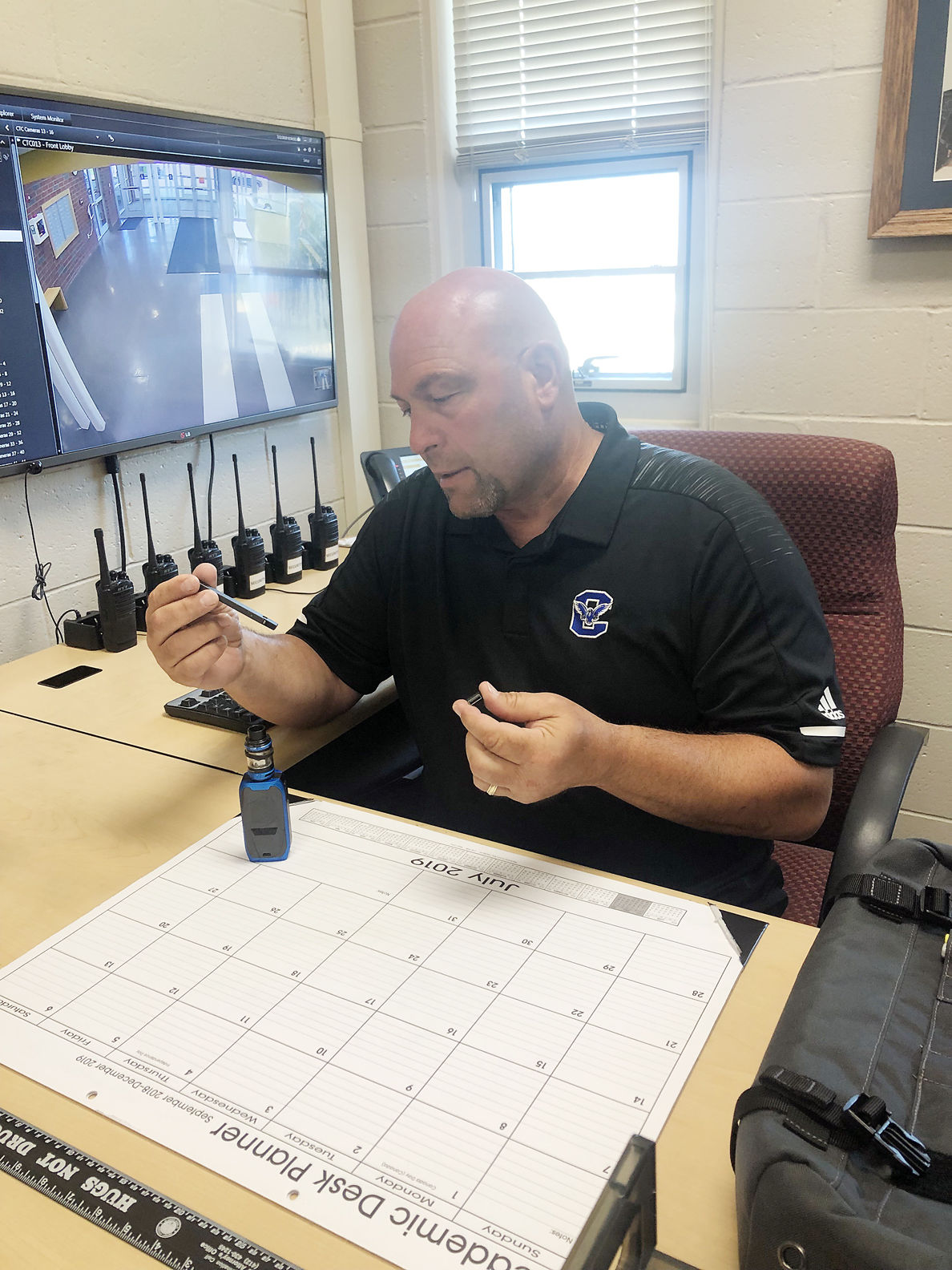 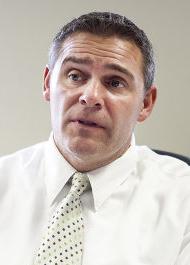 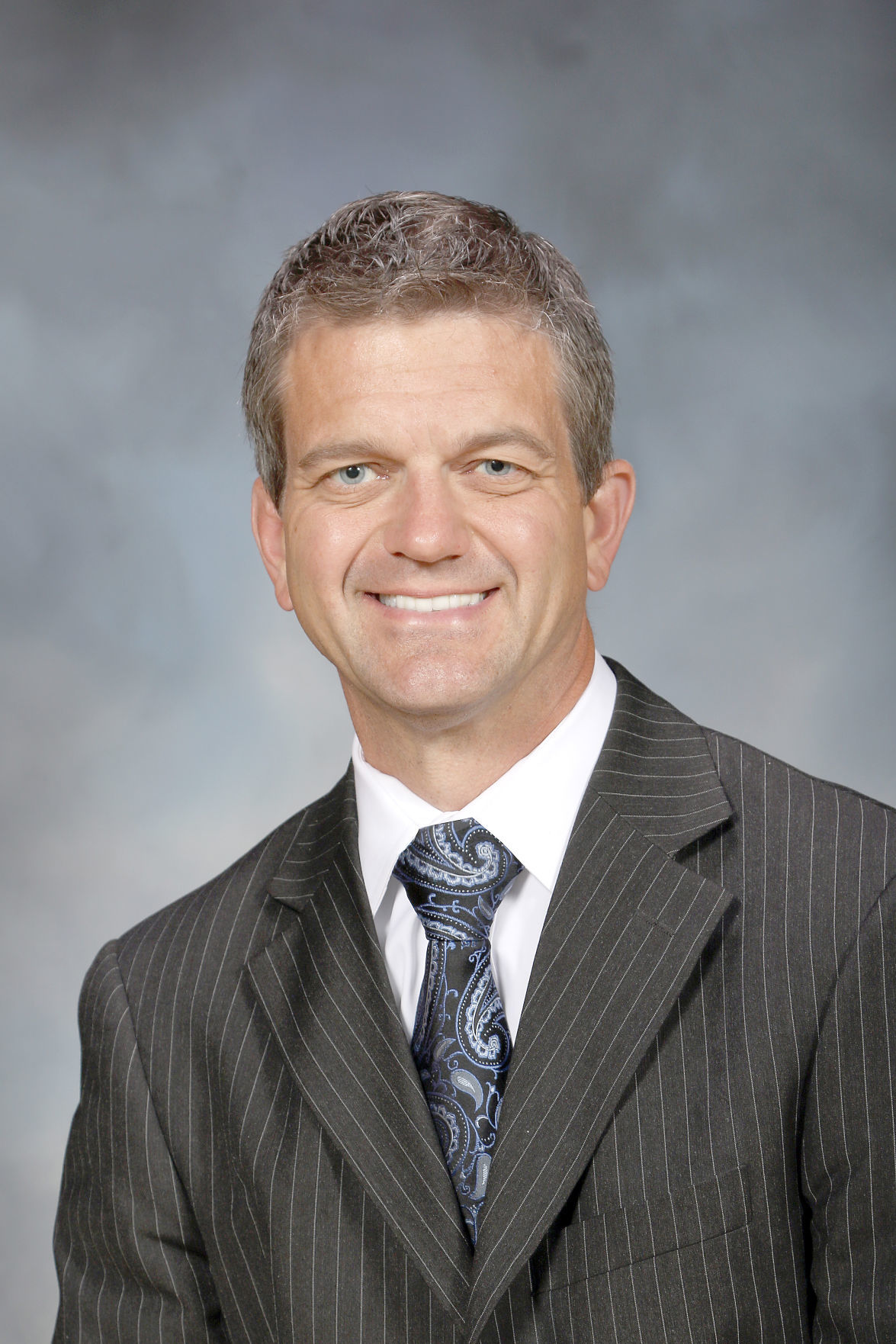 In this file photo, a Juul electronic cigarette is shown.  U.S. health officials are scrambling to keep e-cigarettes away from teenagers amid an epidemic of underage use. But doctors face a new dilemma: there are few effective options for weening young people off nicotine vaping devices like Juul. (AP Photo/Julio Cortez, File)

Some local school officials say the increase in teen vaping is becoming a noticeable disturbance in their schools, prompting them to become more educated on the matter and address the issue by updating policies.

E-cigarettes, or vaping products, are used by heating a liquid into an aerosol which is then inhaled. Oftentimes, the liquid contains nicotine, flavorings and other additives.

Erica Usher, prevention supervisor with Fayette County Drug and Alcohol Commission, said she has had several local district officials come to her feeling a bit defeated on the issue because they are not only dealing with students who are bringing the devices and products to school, but also some parents who aren't supporting the district's decisions on the matter.

"We are getting calls from school districts on a regular basis with concerns because of how often they're catching kids vaping in school," she said.

“The student will get in trouble for using e-cigarettes, but then parents will come to the board meeting and tell them that their policy is not applicable to the e-cigarettes, since no tobacco is involved,” she continued. “Now they’re having to figure out a way to address it by updating policies.”

Jesse Wallace, superintendent at Laurel Highlands School District said they do have a clause in their policy that fights any imitations or lookalikes to cigarettes or other tobacco products.

“But we are still currently in the process of working with the PSBA (Pennsylvania School Board Association) on putting together a policy that specifically cites e-cigarettes,” he said. “We’re hoping to put forth a version of that policy at the August board meeting so that we can begin to move that policy forward.”

Vincent Mascia with Southmoreland School District said they are finding difficulties with vaping in school as well.

“We confiscate them, and then the parents come in and get upset about us taking them,” he said. “They’ll come to a board meeting or talk with board members individually.”

Mascia added that they are using the summer to take a look at how to handle the issue with a new policy.

“This is definitely one of our projects for the summer and moving into the fall,” he said. “It’s a problem that’s not going to go away any time soon.”

Superintendent Joseph Bradley with Connellsville Area School District said they are also working to implement some type of policy on e-cigarettes.

“For this last school year we added a clause to our code of conduct that anything that could deliver nicotine was against the rules,” he said.

But the district’s first line of action has been to try and educate students on the harms of vaping.

“We did take devices, but we also want them to be educated on any potential harmful effects,” he said. “Are they doing it because it’s a thrill? Is it dependency and is it something that’s fun because it’s something they’re getting away with?”

While they have not had any large group education or awareness assemblies on the subject, Bradley said when the principals address their individual buildings, it might be something they would address.

“We’re also trying to work it into our health classes,” he said. “It’s not just the nicotine - the particles in the mist of the vapor - are they harmful?”

The district just recently received information on the Halo Smart Sensor that monitors air quality and chemical detection and can alert administrators to the use of an e-cigarette in a particular hallway at any given time.

“We just received information on this (a few) days ago, and I’ve asked the high school principal and the chief of police to look into this to see if it’s a legitimate deterrent and find out some more information,” Bradley said.

Michael Parlak, school police officer and director of security and attendance with Connellsville Area School District, said vaping has definitely increased, probably doubling, in the last few years compared to the years before.

"We've seen an increase in the different forms of vapes and e-cigarettes, like the Juul, which have become smaller and less obvious, which makes them harder to detect," he said.

Policing them is also difficult.

"The fact that we have no actual law in the Crimes Code for vaping in school, like we do with tobacco laws, vastly inhibits the penalties we can enforce for violations," Parlak said. "Right now, we are policing them with the district's policies as punishment, as well as other state crimes code sections, which don't really fit, as an enforcement effort to combat the use in our school district."

But his biggest issue with e-cigarettes as a whole is the accidental or intentional promotion of them to young people.

"Even though we've tried to get the word out that these things can be a health risk, the delay from their conception until when the hazards were made public allowed for an enlistment of impressionable young people to get started with no warnings," Parlak said.

The number of teenagers using e-cigarettes is increasing throughout Pennsylvania, causing the state Department of Health to launch a new campaign aimed at helping parents prevent children from vaping.