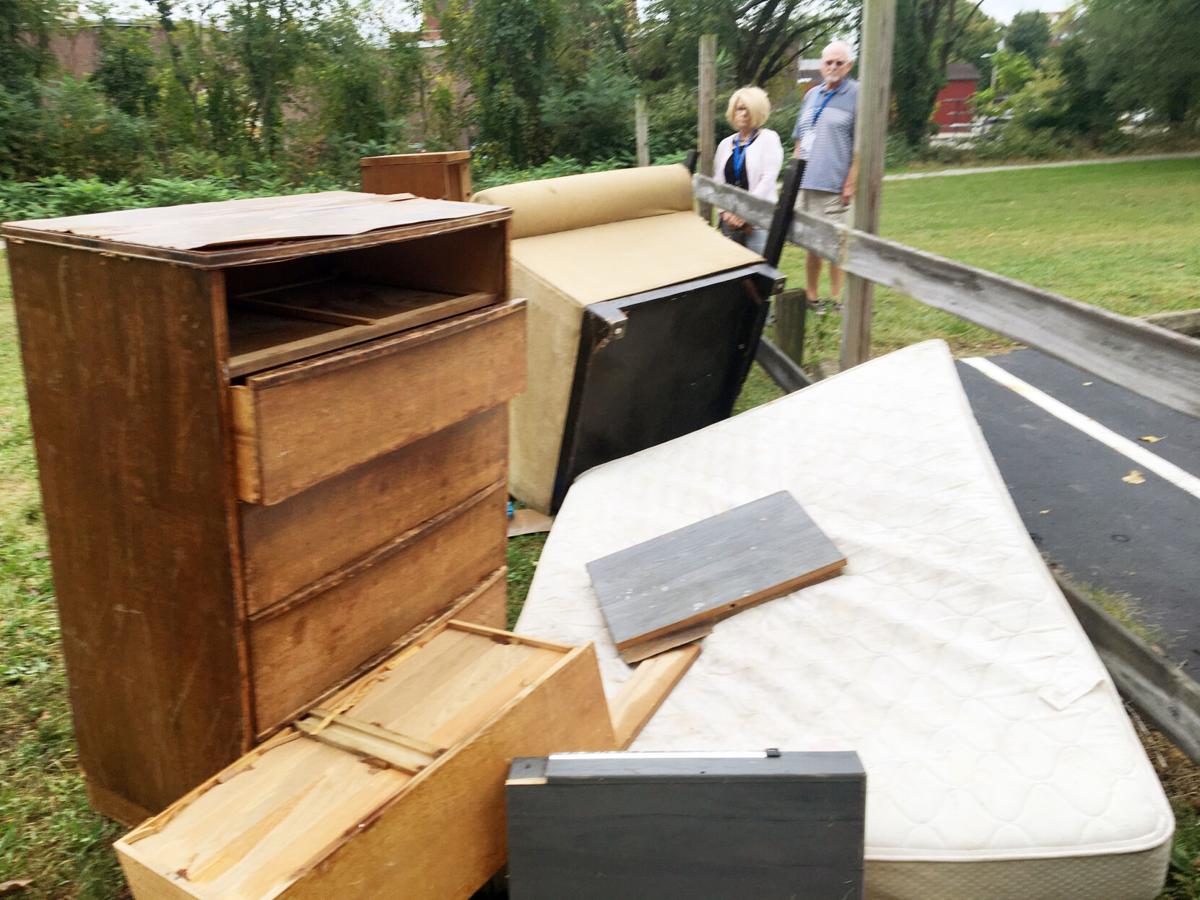 Looking over broken and soiled items dumped near the parking lot of the St. Vincent de Paul Society in Uniontown is Director of Operations Bernadette Oberlechner (left) and President of the Board of Directors Ron Sheba (right). 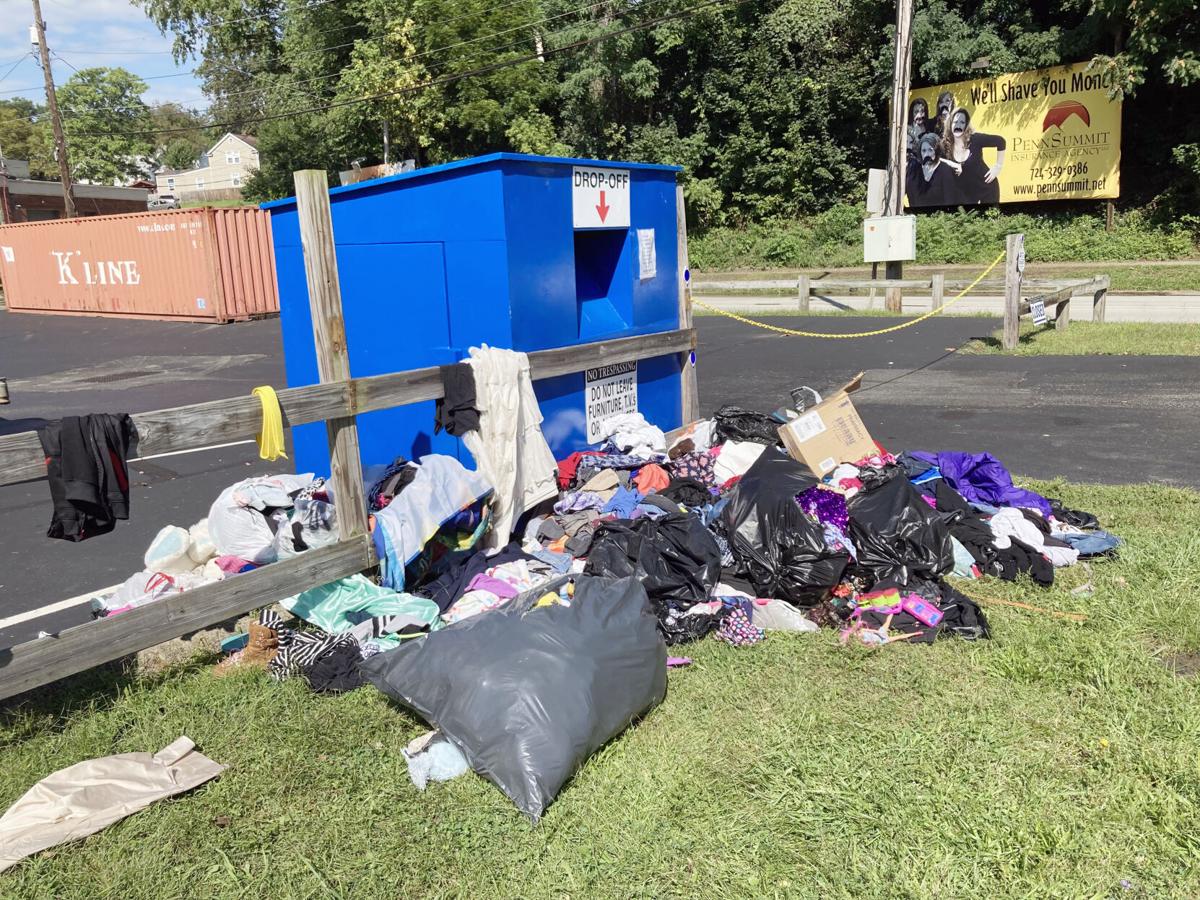 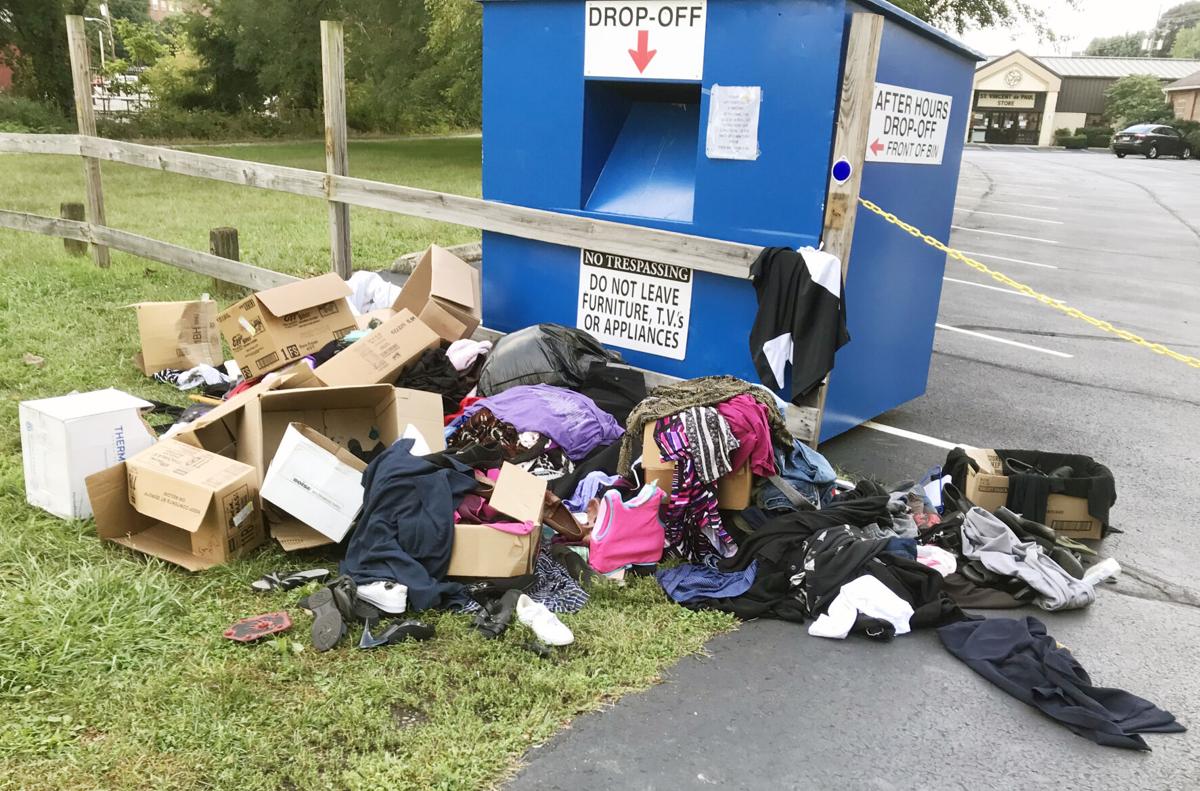 Looking over broken and soiled items dumped near the parking lot of the St. Vincent de Paul Society in Uniontown is Director of Operations Bernadette Oberlechner (left) and President of the Board of Directors Ron Sheba (right).

Volunteers with the Uniontown St. Vincent de Paul Society are frustrated with people dumping broken items there, prompting workers to spend time cleaning up instead of helping those in need.

“It’s almost been a weekly thing lately,” said Dr. Ron Sheba, the president of the board of directors for the organization.

The items included wet mattresses, a dresser with broken drawers and a sofa chair without a cushion. A large couch without cushions was left in the middle of the parking lot near the St. Vincent de Paul retail store.

He said when they had a blue metal donation box set up along the same fence, people would throw actual garbage inside the box, and whatever wasn’t thrown inside was dumped outside of the box.

After they moved the box, people continued to dump items at the fence.

“We even had signs that read, ‘No Dumping’, and they threw those away,” Sheba said.

All the items not properly donated can get wet, and if they’re donated broken, they have to be thrown in a dumpster, which takes away labor and time from an already short-staffed group of volunteers. Then, the organization has to pay to have the dumpster emptied.

“These are people who could be doing good, not cleaning up a mess,” Sheba said of the volunteers. “This is also costing us money, and we’re supposed to be here to help those in need.”

Bernadette Oberlechner, the director of operations for the St. Vincent de Paul Society, said the continued act of dumping broken or unusable items is heartbreaking.

“It’s sad, so sad,” she said. “They have to understand that our purpose here is to serve the community in need.”

Sheba said the Uniontown Police Department has been contacted about the incidents.

Lt. Tom Kolencik said anyone caught dropping off items that are not in accordance with the organization’s policy could face a charge of littering or scattering rubbish, which can result in a fine and loss of a driver’s license.

“The best thing to do is call ahead and check to see what the policies are and the hours of operation,” Kolencik said.

According to the St. Vincent de Paul Society website (stvincentdepauluniontown.org), household items cannot be accepted after businesses hours and to not leave items in the open as they could become vandalized. Broken and soiled items are not accepted.

To donate gently used furniture and/or appliances, details are available by calling the society’s furniture store coordinator at 724-439-9188, ext. 211. Arrangements for pickup can also be made.

Sheba is asking anyone who may have any information on those dumping the items to contact the police at 724-430-2929.

video surveillance is needed. there are local social media groups to post to which can help identify these persons