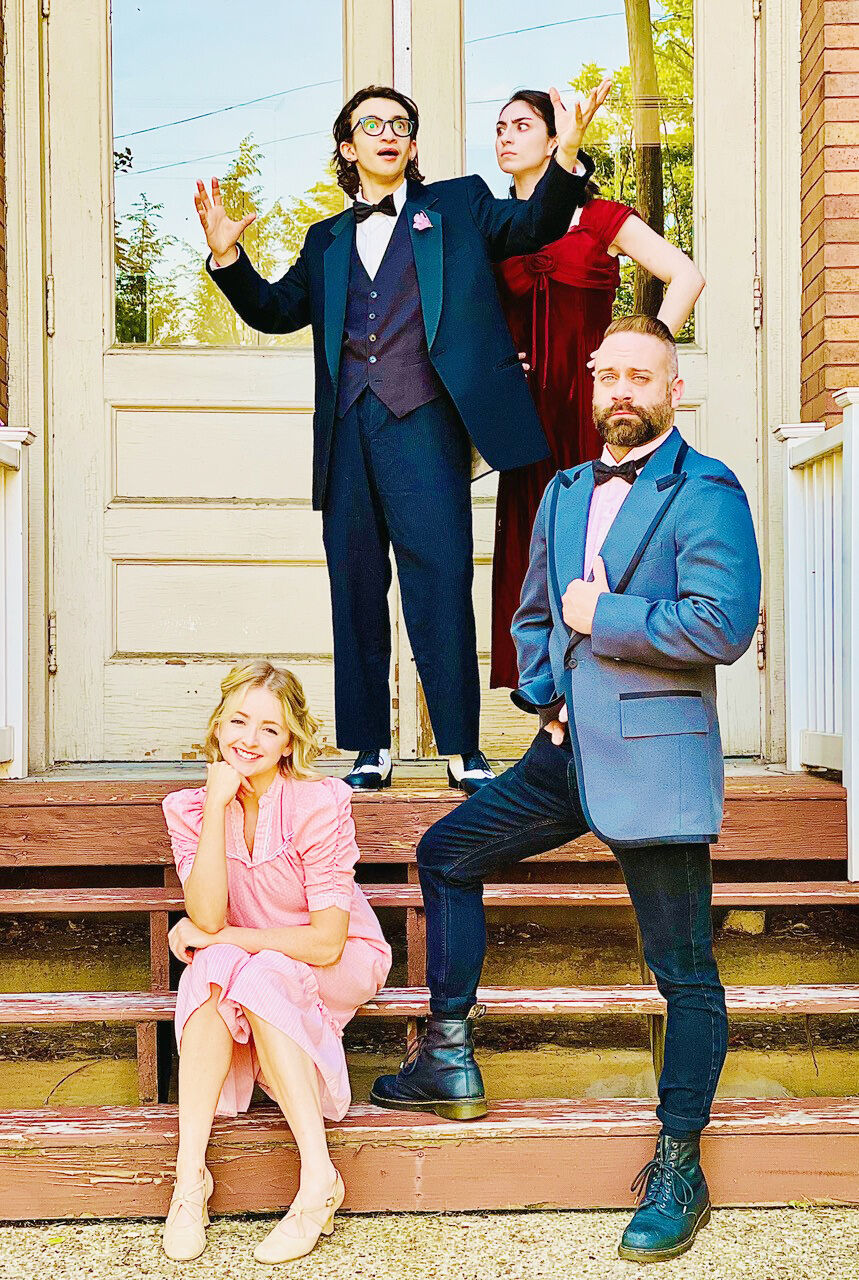 The Stage Right's Summer Professional Company's production of "Crazy For You" will take place this weekend in Hempfield Park in Greensburg. Appearing in the show are (top row, from left) Anthony Marino, Clare Ivy Stoller, (bottom row, from left) Katherine Harkins and Kevin O’Leary. 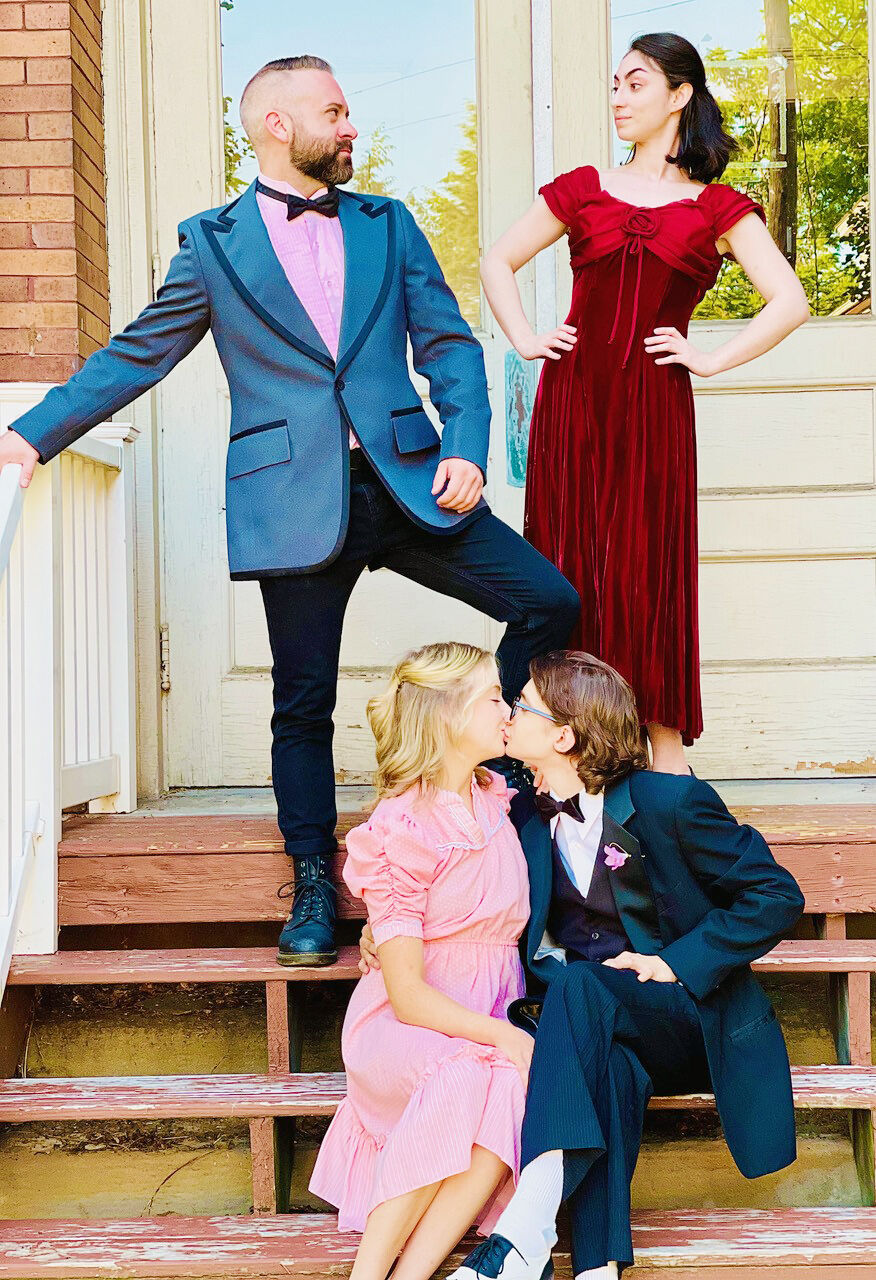 The Stage Right's Summer Professional Company's production of "Crazy For You" will take place this weekend in Hempfield Park in Greensburg. Appearing in the show are (top, from left) Kevin Oleary, Clare Ivy Stoller, (bottom, from left) Katherine Harkins and Anthony Marino.

The Stage Right's Summer Professional Company's production of "Crazy For You" will take place this weekend in Hempfield Park in Greensburg. Appearing in the show are (top row, from left) Anthony Marino, Clare Ivy Stoller, (bottom row, from left) Katherine Harkins and Kevin O’Leary.

The Stage Right's Summer Professional Company's production of "Crazy For You" will take place this weekend in Hempfield Park in Greensburg. Appearing in the show are (top, from left) Kevin Oleary, Clare Ivy Stoller, (bottom, from left) Katherine Harkins and Anthony Marino.

Editor's note: This story has been updated to reflect a change in the place and time it will be performed.

The show for Stage Right's Summer Professional Company will be a Gershwin musical that has proven to be an oldie and a goodie.

“Crazy for You” is a romantic comedy musical written by Ken Ludwig, with lyrics by Ira Gershwin and music by George Gershwin. The show is largely based on the songwriting team's 1930 musical "Girl Crazy," but also incorporates songs from several other productions.

The musical is the story of banker Bobby Child, a man with a yen for show business who is sent to foreclose on a property that turns out to be a theater. After falling in love with Polly, the local postmistress, he decides to impersonate famous New York producer Bela Zangler put on a show to save and the theater.

Hilarity ensues when the real Zangler shows up, as well as Bobby’s fiancee Irene. Other participants in the zany hijinks include Eugene and Patricia Fodor, who are writing their first travel book; the dastardly Lank Hawkins, who wants both the theater and Polly for himself and a slew of showgirls and singing cowboys.

“We have wanted to establish a 'Summer Season' for a long time, and Hempfield Park is a great venue to do that,” said Tony Marino, the director of the show. “We are really excited about the company of actors we have for the summer and this show is the perfect vehicle to show them off.”

“This isn't like any other show that I've done before,” said Anthony Marino Jr., 20, of Greensburg, who plays the role of Bobby Child.

Marino Jr. said he wasn't familiar with the show until they started reading and rehearsing.

“The dancing and big numbers -- it brings you back almost to that time, and it feels almost alive and real. It just makes you want to dance in your seat," he said.

Those dance numbers presented a big challenge for Marino Jr., who said he had to dust off his tap shoes and re-learn dance steps for the role.

“It's just a very fun show,” he said. “The lines are just so funny and very rapid with punchlines every other line.”

Like Marino Jr., his co-star, Katherine Harkins, 24, of Latrobe, was unfamiliar with the show.

“I was not keen on it when I first learned we were doing this show,” said Harkins, who plays the role of Polly. “Once I started listening to the music, watched a few videos and read the script, it really was a fun story.”

Along with the sights, Harkins said the sounds of music from the show will be chalk-full of songs people are going to find familiar and won't be expecting.

The show features Gershwin classics; “I Can’t be Bothered Now,” “Someone to Watch Over Me,” “Embraceable You,” “They Can’t Take That Away From Me," “Nice Work If You Can Get It” and the all-time favorite “I’ve Got Rhythm”.

“It's an extra cherry on top to hear songs that people know and love,” she said.

“Crazy for You” starts at 8:30 p.m. both nights of the performance. Tickets are $20 for adults and $15 for senior citizens and students.

To order tickets call 724-832-7464 or visit the website at www.stagerightgreensburg.com/shows