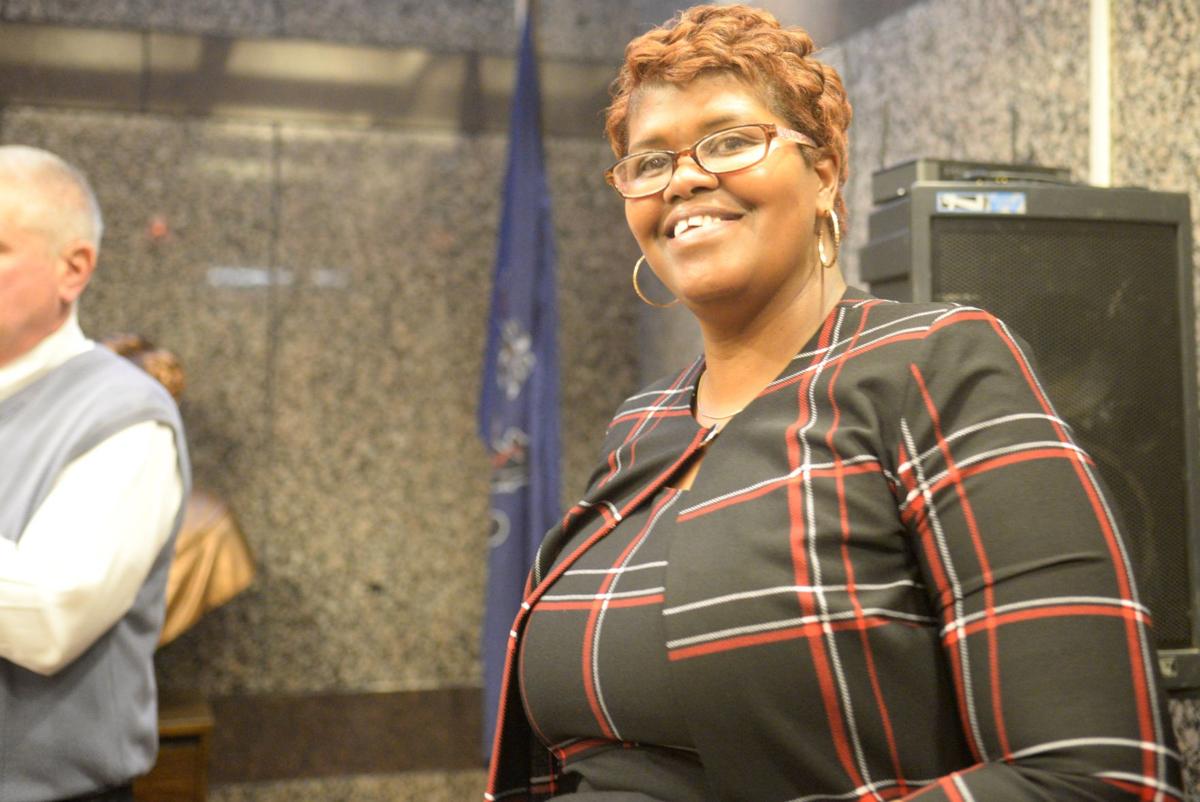 Uniontown City Treasurer Antoinette Hodge smiles at a crowd of cheering supporters at her swearing in ceremony at city hall Monday. 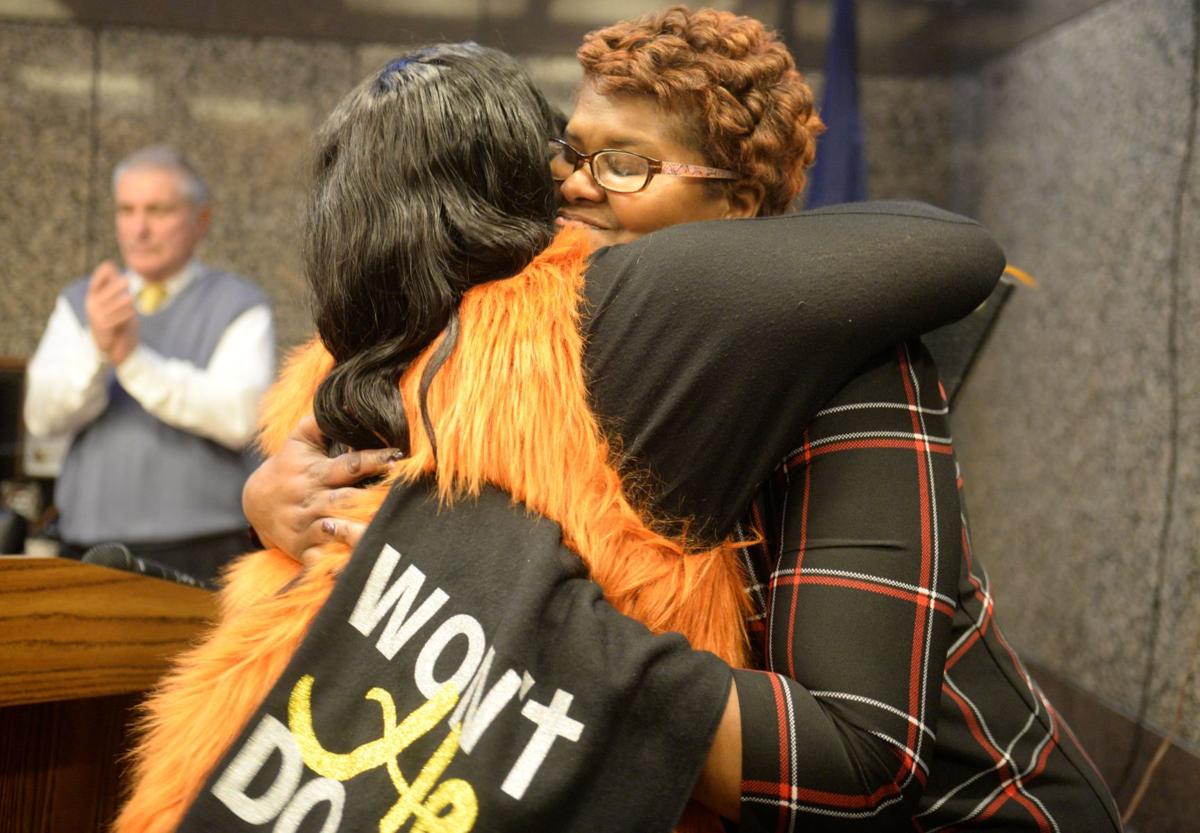 Uniontown City Treasurer Antoinette Hodge hugs her sister, who held the Bible during her swearing-in ceremony at city hall Monday.

Uniontown City Treasurer Antoinette Hodge smiles at a crowd of cheering supporters at her swearing in ceremony at city hall Monday.

Uniontown City Treasurer Antoinette Hodge hugs her sister, who held the Bible during her swearing-in ceremony at city hall Monday.

Uniontown’s new city treasurer was sworn into office Monday amidst applause and cheering in a room packed with supporters in city hall.

“I’m ready to get to work for the city of Uniontown,” Antoinette Hodge said.

Hodge’s swearing-in ceremony was delayed after a brief battle to claim the seat she earned in the November election. She filed a federal lawsuit alleging some city officials conspired to keep her from taking office because she is black.

Her attorney, Joel Sansone, said the civil case will continue. He said his client – believed to be the first black woman elected city treasurer in Uniontown – paved the way for others to earn elected positions in the city, while the lawsuit will send a message ensuring no future citizens will face roadblocks in claiming their elected positions.

“We say to them, we will not stand for anyone being treated differently because of the color of their skin,” he said.

The suit alleges council member Martin Gatti referred to Hodge as a “colored girl” and canceled her bond, a requirement to take office. Gatti has denied using the phrase, and said he was only interested in protecting the city financially after a background check uncovered an apparent problem. Hodge has said she was a victim of identity theft in 2000, which affected her credit score. The suit was also filed against the city and City Clerk Kim Marshall. Marshall and Gatti have denied the allegations.

After the ceremony, Gatti again denied using the phrase and said his name has been “defamed.” Race, he said, had nothing to do with his reasons for the bond revocation.

“It had nothing to do with it. Absolutely nothing,” he said.

Still, he said he will have no problem working with Hodge, a point on which she agreed. Both said they have worked together in the past.

“I have no hard feelings. This is about us working together for Uniontown,” Hodge said. “I love Uniontown. He loves Uniontown.”

Hodge declined comment on the lawsuit, saying she wants the day to be about Uniontown. She said she was raised by a coal miner and Air Force veteran who taught her she could do anything she set her mind to do.

“With God, all things are possible,” she said. “I’m a firm believer in that.”