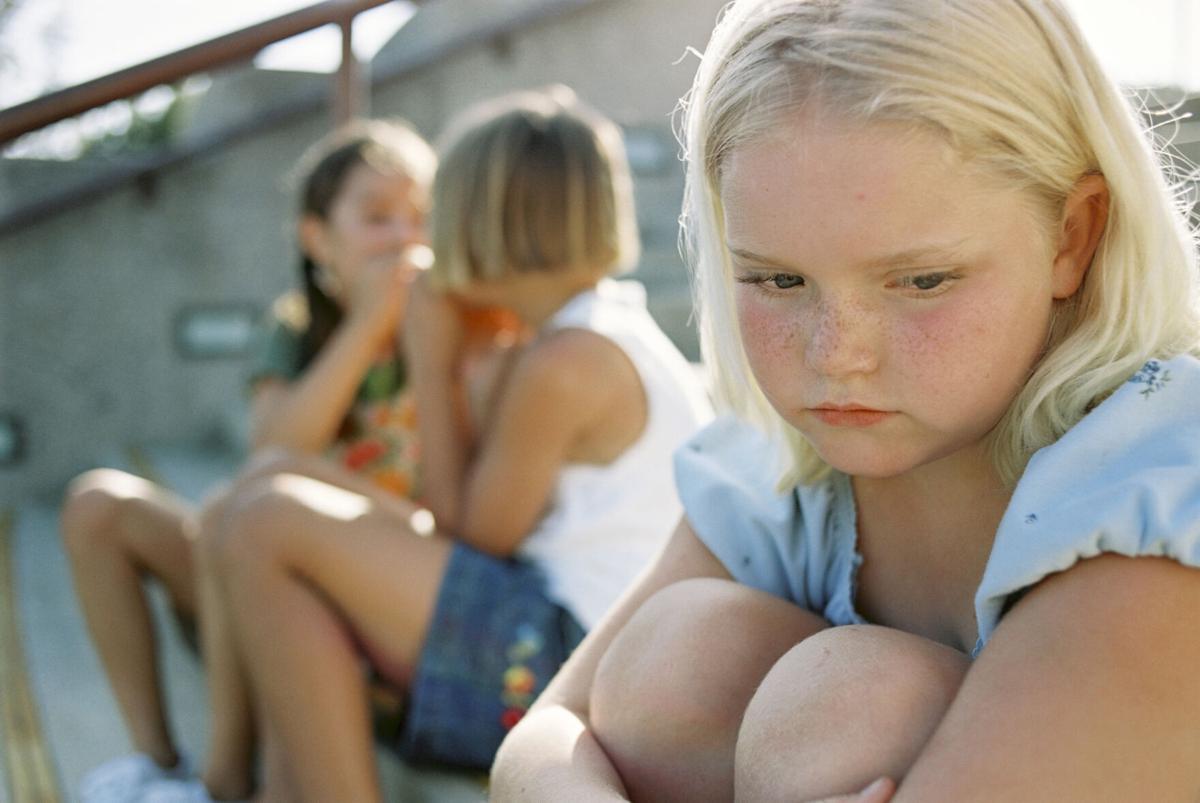 Fewer than half of students who are bullied report the incident to an adult, according to the most recent statistics released by stopbullying.gov. 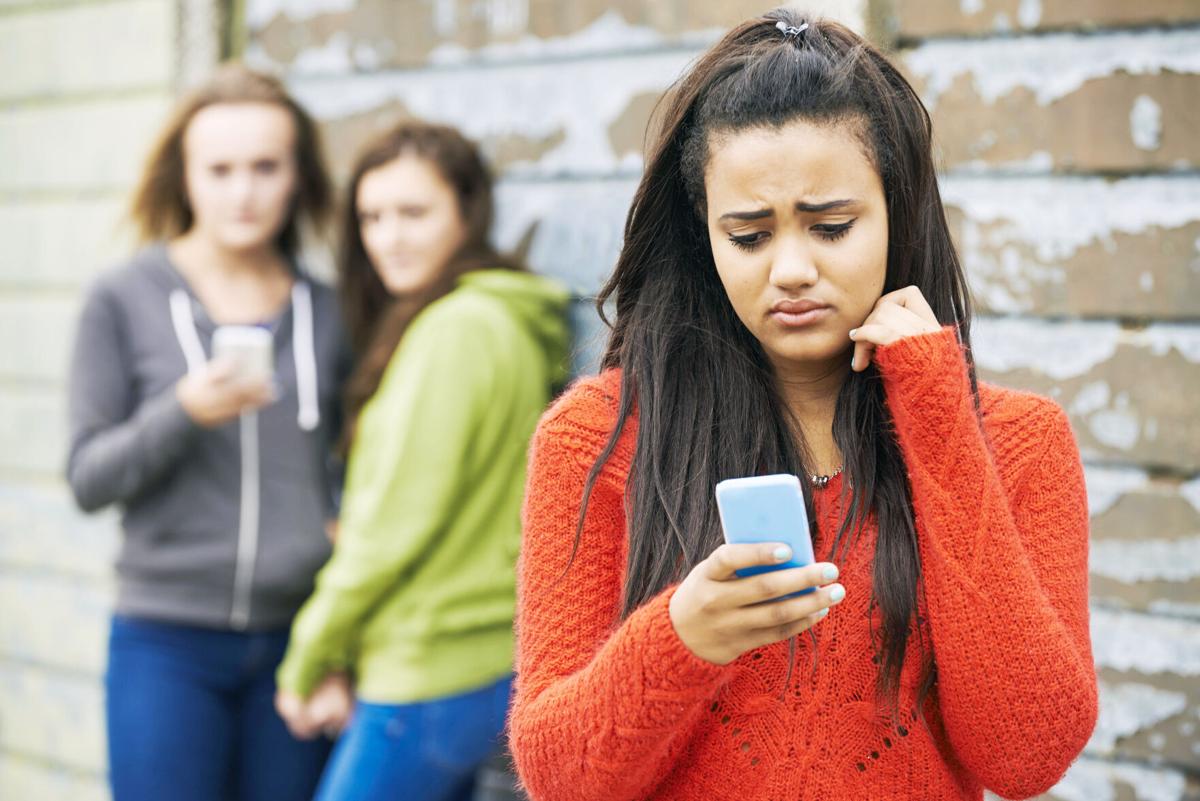 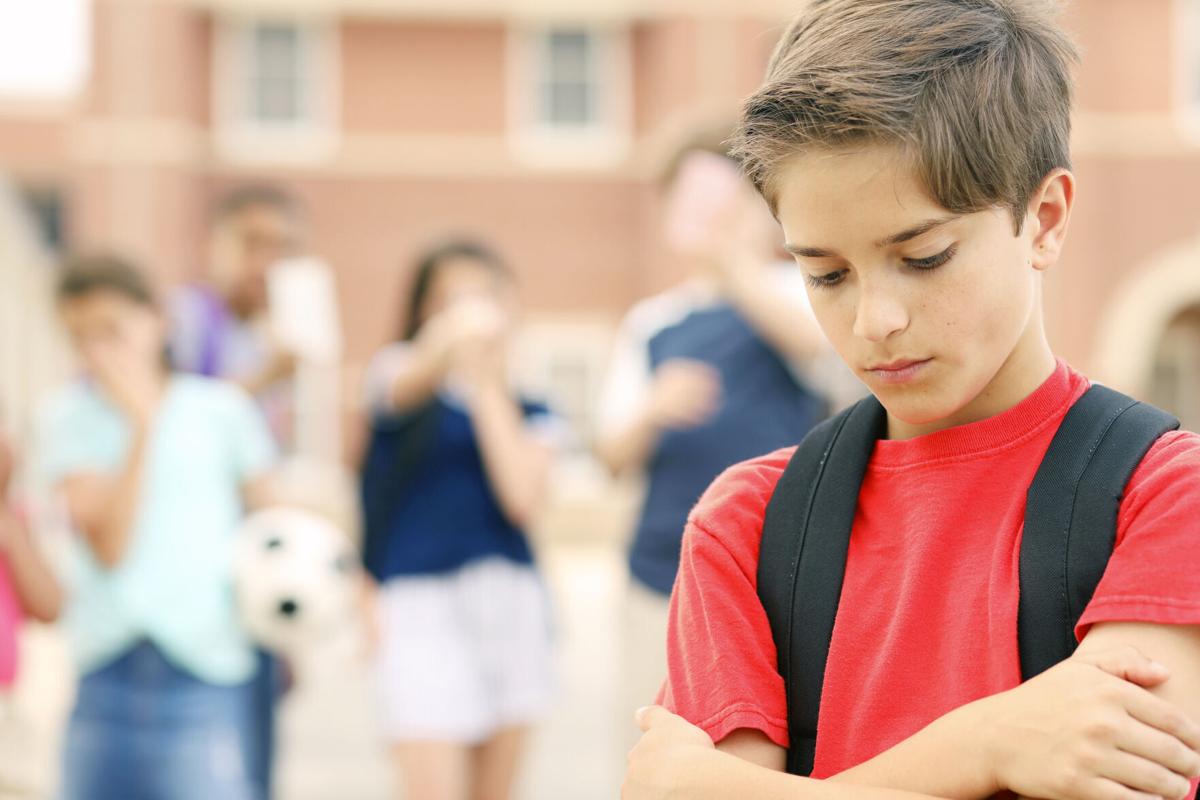 Fewer than half of students who are bullied report the incident to an adult, according to the most recent statistics released by stopbullying.gov.

Jennifer Campbell was enjoying her Sunday afternoon at a local school football game when she noticed a group of girls approach two teens chatting easily nearby.

Maybe it was her intuition as a mental health professional – Campbell is a licensed therapist who serves as Washington Health Systems Program Manager, Center for Mental Health and Wellbeing Inpatient and Outpatient Services – because her ears tuned into the conversation.

What she heard was heartbreaking.

“Four girls came over and sat a couple feet away from them and they were just making these little comments,” remarking they didn’t like one girl’s hair color and wondering loudly why the other girl chose her outfit.

“I confronted the group of girls. I walked over, I said, ‘Do you realize how hurtful that is?’” Campbell said. “Their reactions back to me, blatant disrespect, just blew my mind. The one girl looked at me and rolled her eyes.”

When the group left, Campbell asked if the other two girls were OK. They told her the incident Campbell witnessed happens a lot – one girl said she spends many school days holding back tears – and they don’t know what to do.

“They said they’re bullied on a regular basis. They have lost confidence in their ability to even go to the school. They think it will just make the situation worse,” said Campbell.

Fewer than half – 46%, to be exact – of students who are bullied report the incident to an adult, according to the most recent statistics released by stopbullying.gov.

Of the 19% of high schoolers who report being bullied on school property, most experience bullying in halls and stairwells, in the classroom or cafeteria and outside, on school grounds.

Campbell, who earned a masters degree in social work from the University of Pittsburgh, said the bullying she witnessed at a school event weighed heavily on her mind.

When she began planning the October WHS Center for Mental Health and Wellbeing Monthly Newsletter, an eblast she sends to more than 2,000 employees, partners and other subscribers, Campbell learned that it’s National Bullying Prevention Month.

“This is a prevalent topic, especially after I witnessed some bullying at a football game. I haven’t even heard anything this week about my kids in elementary school coming home or any activities that are going to be going on in October to raise awareness about bullying,” said Campbell. “I just wonder where the school is with all of this.”

Across the country, the number of mental health emergency department visits for children ages 5 to 11 increased 24% between April and October of last year. The number of visits for youth ages 12 to 17 increased, too, up 31% from 2019.

In the last half of 2020 alone, there was a 17% increase in suicide and self-injury cases at children’s hospitals.

“We work with a lot of patients who come to us with low self-esteem, suicidal ideation. It has a lot do to with situations in the school related to bullying,” said Campbell. “We see a lot of kids that are engaged in self-injurious behaviors.”

Cutting, Campbell said, is one of the most common forms of self-harm.

“To them, it makes sense. They’re cutting themselves to punish themselves, to try to alleviate stress and pain in a different way.”

Bullying can be an underlying cause of mental health issues, but it isn’t often talked about. When it is, the messaging sounds something like, “Be kind,” or “Be the bigger person.”

“Parents go, ‘What they say is not important,’ but to the kid, it is,” said Mike Pecosh, a licensed professional counselor and managing partner at Pecosh Counseling & Consulting in Southpointe. “We try to empower people. It’s not about getting rid of bullying. What we want to do is teach people how to cope when it happens.”

Pecosh, who specializes in cognitive behavioral therapy, said there is no diagnosis for being bullied. He aims to change the way patients perceive the things happening in their lives and give them control over their narratives.

“Life gives you adversity,” said Pecosh. “Generally speaking, we teach children how to change their thinking in order to feel better. What you can control is what you tell yourself about what’s happening.”

But sometimes, kids don’t have the mental wherewithal to write their own version of the story. They may develop unhealthy coping mechanisms, like substance abuse or eating disorders.

“I think about the patients that we see. One boy in particular, you just look at how his bullying has resonated to where he is today. He wasn’t athletic, but he was trying to,” Campbell said, explaining how the boy quit his athletic team when he could no longer stand bullying from teammates. He transitioned to homeschooling when bullying at school didn’t stop.

“Now, this kid weighs 150 pounds, he’s 15 years old and he really struggles socially. He has a lot of social anxiety,” she said. “It just happens all the time.”

“What we’re seeing is it can have a long-lasting effect that goes long beyond childhood. Adults go into therapy ... a lot of them have been bullied as children. They develop low self-esteem; they start to have a poor perception of themselves. They believe what is said about them or to them,” said Campbell. “They don’t have enough love and appreciation for themselves.”

Like Pecosh, Campbell agrees there is no clear-cut solution to end bullying, but she thinks a good place to start is at home.

“What I’ve seen is the change in accountability within the home environment. Parents need to be more engaged. Help kids understand bullying, how their behavior can have long-term consequences on somebody else,” she said. “I think the challenge is, I don’t know that parents are in the position today, the accountability needs to be in youth programs. If you have a coach that is witnessing or being told that there are kids in your group reporting bullying with, that coach has an obligation to address it.”

Campbell added: “I would argue it’s our duty to society. As parents, as adults, as caregivers, as teachers, our responsibility is to talk to kids about how bullying affects people. We all have a role to play in preventing bullying.”

In light of supply-chain issues, are you starting your Christmas shopping early this year?