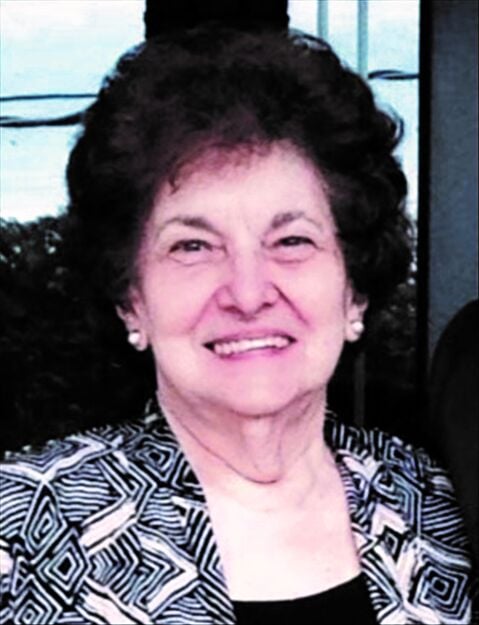 Evelyn Marie Zaborsky Molchan, 87, of Oliver, passed away peacefully Wednesday, October 6, 2021. She was born February 1, 1934, in Uniontown, a daughter of the late Charles and Mildred "Minnie" Pansic Zaborsky. She will be fondly remembered and sorely missed.

Evelyn met her beloved husband, Edward Robert Molchan (lovingly known as "Moe" by friends and family), early in life. Evelyn's grandparents owned and operated a grocery store, Zaborsky's Grocery, out of their family home in Oliver. Ed's mother would bring him along when she did her weekly shopping. Five years her elder, Ed would pass the time doting on Evelyn-a habit he continued.

On Saturday, October 9, her husband of 66 years, Edward, also passed away. They are both reunited in heaven with their son, Mark "Moe" Molchan, who died in 2008. Evelyn also joins her brother, Jim Zabrosky.

Evelyn was a member of St. Mary (Nativity) Roman Catholic Church, Uniontown. She fostered a vibrant social life, serving as the president of St. Mary's Sodality, as well as chairman for many dances and social events, even being named May Queen during the annual crowning.

She served as Judge of Elections for North Union Township. Early in life, she worked at her grandparent's business, Zaborsky's Grocery, which she eventually owned and operated as Evelyn's Grocery in Oliver until 1966. She worked for Kroger as a cashier and later as a manager for K-Mart from which she retired. She will be deeply missed by her family and many friends.

The Parish Vigil Prayer Service will be held at the funeral home Thursday afternoon at 3 p.m.