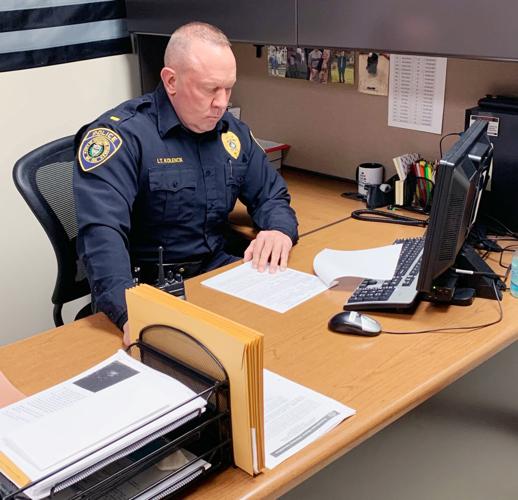 When police were called out in 2020, they didn’t have the option to stop and ask those in need of their help if they were sick, said Uniontown Police Lt. Tom Kolencik. 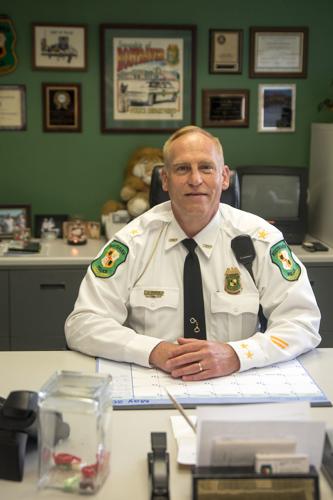 When police were called out in 2020, they didn’t have the option to stop and ask those in need of their help if they were sick, said Uniontown Police Lt. Tom Kolencik.

Throughout the past year, as so many worked from home, police officers continued with the main tenant of their job: responding to emergencies despite an increased risk for exposure to COVID-19.

“We don’t have time to stop at somebody’s door and say, ‘Before we come in here and try to save the person that overdosed or is having a heart attack or having a medical emergency, does anybody have COVID?’,” Uniontown Police Lt. Tom Kolencik said.

He and other local officers said potential COVID-19 exposure was the biggest danger for them over the past year, with several officers contracting the virus or needing to quarantine because of exposure.

Kolencik said eight of Uniontown’s officers contracted COVID-19 over the past year.

“We were always in the red in regards to the danger factor,” he said.

But he also said that when it comes to responding to calls for help, police push that aside.

“I can speak for everyone in our department when I say when someone is in need of help, our risk of exposure is put to the side,” Kolencik said.

Rostraver suspended fingerprinting services, instituted a take-home cruiser policy to limit the number of people getting in the vehicles and tried to discourage walk-in situations. Accident reports were handled through the mail, and many complaints were discussed outdoors with officers wearing face masks, Resetar said.

The department also took over the commissioners’ meeting room to socially distance officers, he said.

“The goal was to get through this until there was a vaccine,” he said.

Five Rostraver officers ended up contracting the virus. All of them have recovered.

Everyone in the department has received at least one vaccine dose, allowing things to begin to normalize.

Local police said they’ve also faced challenges with the introduction of mandatory masking, though not with people wearing them.

Some criminals have taken advantage of masks as a way to conceal their identity.

In Connellsville, Kendi said, police anticipated that would happen, though he said the tactic has not been used as much as they feared it would be.

Kolencik, meanwhile, said when someone conceals half of their face, it can lead to trouble.

“It’s definitely become a problem,” Kolencik said. “When it comes to retail thefts or armed robbery or burglaries, but even just in everyday identification of people for any reason.”