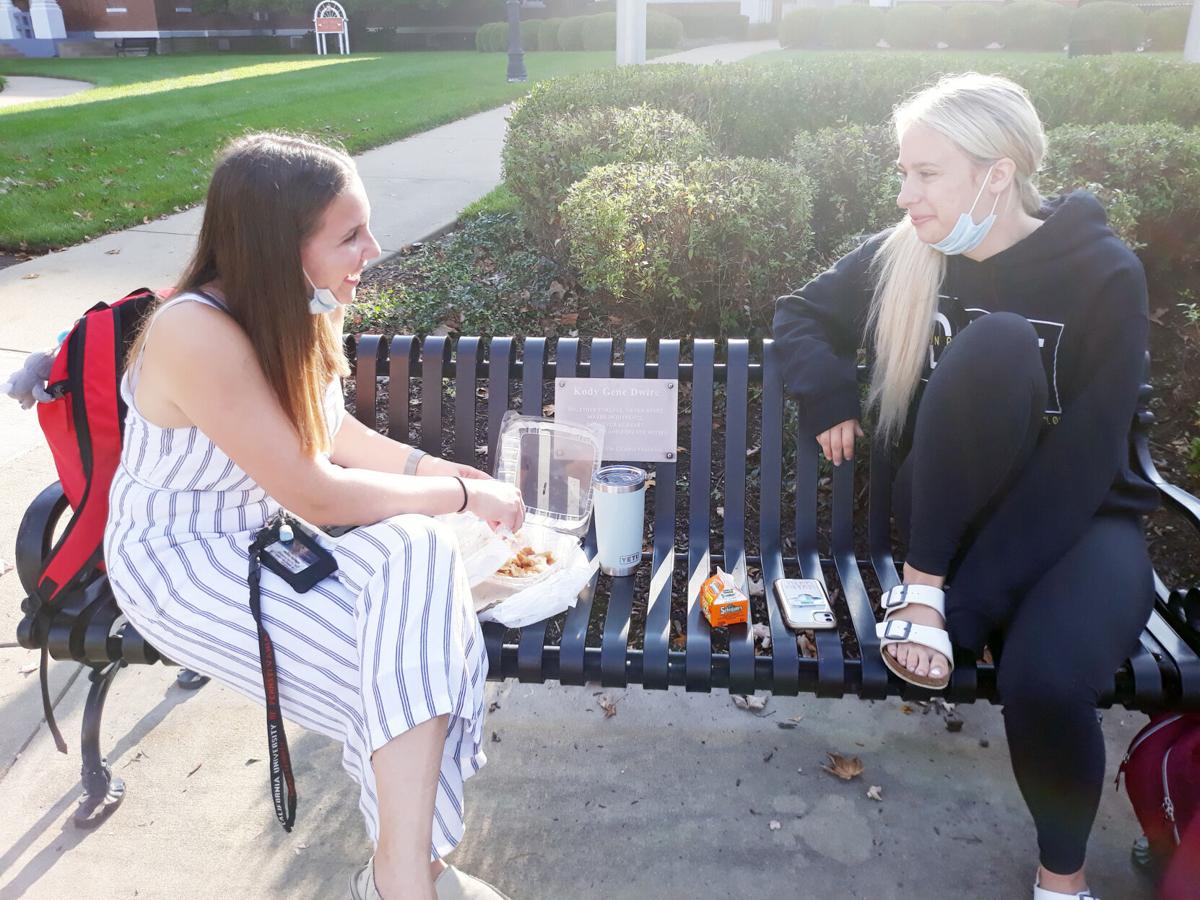 California University students Hailey Sortore, left, and Micaela Ricco enjoy breakfast on a bench Friday morning on campus. Their main problem with the name change is that their diploma will not bear the California University name. They said they chose the college for all that is Cal U. 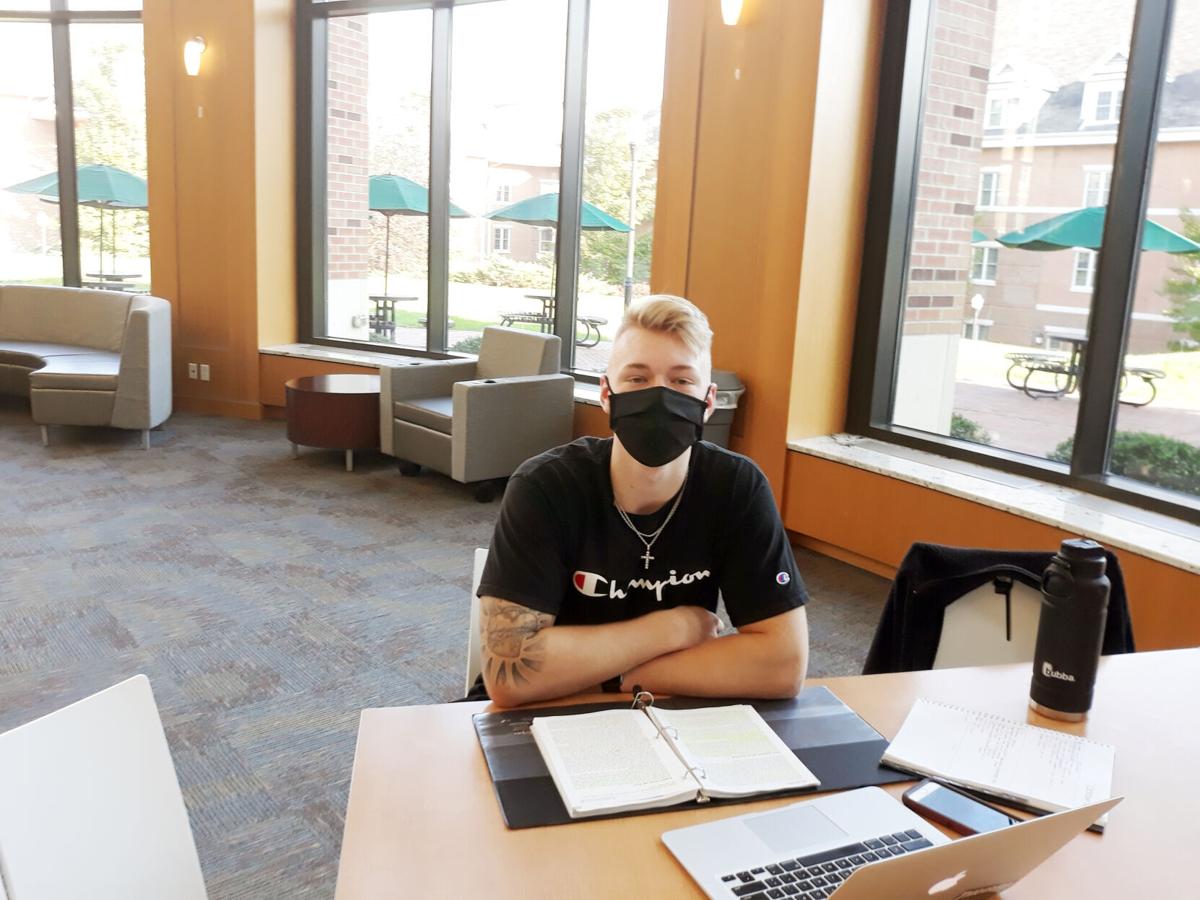 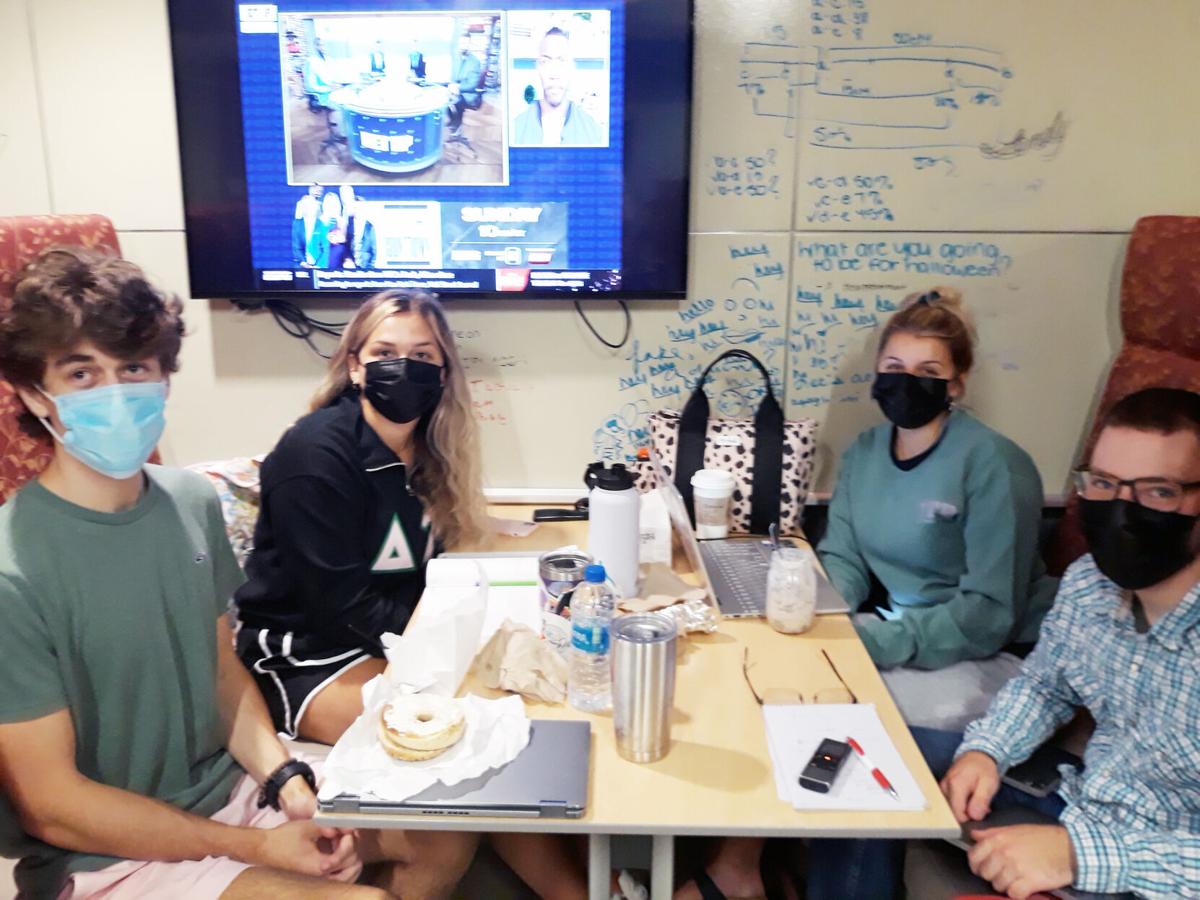 This group prepared for a Friday of classes with breakfast at the Natali Student Center. They are, clockwise, from left, Luca Sciulli, Miranda Yauger, Alivia Yauger and John Barnes.

California University students Hailey Sortore, left, and Micaela Ricco enjoy breakfast on a bench Friday morning on campus. Their main problem with the name change is that their diploma will not bear the California University name. They said they chose the college for all that is Cal U.

This group prepared for a Friday of classes with breakfast at the Natali Student Center. They are, clockwise, from left, Luca Sciulli, Miranda Yauger, Alivia Yauger and John Barnes.

There appears to be mixed emotions at California University of Pennsylvania regarding the upcoming name change, at least among some of the students.

"It's better than some of the ideas that we were thinking (were going to be chosen)," said junior Hailey Sortore of the Poconos. "I don't hate it, but I came to Cal U. for Cal U., for the name of Cal U. Now my diploma won't say Cal U. That's my only thing against it. I don't mind it; it's just different.

The new name was unanimously approved Thursday by the board of governors of the Pennsylvania State System of Higher Education (PASSHE). It stems from the merger of California University with Edinboro and Clarion universities. The consolidation of the three campuses was approved this summer as a means to keep all three campuses open and fully operational while facing rising costs and declining enrollments.

Sortore is a cheerleader at Cal U. who is majoring in criminal justice with a concentration in forensic investigations and also is majoring in biology with a minor in chemistry.

"I came here to cheer for Cal and I'm doing that, but I'm not going to have Cal U. on anything that I own now," she said.

Junior Micaela Ricco of Carmichaels said she understands the financial reasons behind the merger, but her sentiments echo those of Sortore.

"I also don't like that my diploma isn't going to say California University of Pennsylvania," said the health science major. "I came here because it was Cal U. and now it's not going to say Cal U. even though I've been here the whole time."

Alivia Yauger of Uniontown was quite candid with her feelings about the name change.

"I don't really like it," said the junior who is majoring in molecular biology. "I think it's very similar to Penn State. I think it's literally the same thing."

Others she sat with at the Natali Student Center Friday morning thought the name sounded like a hotel or a utility company.

Some students seemed puzzled over the merger because of California's location in relation to Edinboro and Clarion.

"I think it was kind of silly because Edinboro and Clarion are very close geographically," said junior John Barnes of McMurray. "We're about two hours away from them. Why are we lumped with those schools? It doesn't really make sense."

"I find it a little bit confusing, since it's three different schools in three different areas," said David Zahnizer of Bethel Park, adding "I wouldn't necessarily say I hate (the name change), but at the same time I'm not that big of a fan of it."

"I think it's the most professional way to categorize the three universities," said the art studio major who is minoring in business. "It puts a label on top of all three without creating a complete new name."

"I'm pretty accepting of it, but it does kind of take away from the individuality of our school," Dohn said. "Sooner or later, it's all just be one conglomerate in the end, but it just feels sour."

Mary Pickels, a 1982 graduate of California University, said she will maintain her Cal U. pride, but understands the reasons for the merger.

"As a proud 1982 graduate of the former California State College, I was excited to watch as the small school became California University of Pennsylvania," said the East Huntingdon resident. "I’m a staunch red and black supporter of all things Vulcan, who enjoys attending homecoming and visiting the campus. I’m glad the three schools under the Pennsylvania Western University umbrella still will have nods to their individuality, as with PennWest Cal, logos and mascots.

"If a merger is what’s needed to help the schools thrive, I’m all in favor of and support it. I hope it keeps faculty and staff employed and allows the three schools to continue to offer students a broad selection of academic and extracurricular options. Although I’ll likely long refer to my alma mater as Cal U., I welcome Pennsylvania Western University and wish all three campuses much success."

The new name and accreditation for the combined campuses still has to be approved by the Middle States Commission on Higher Education.