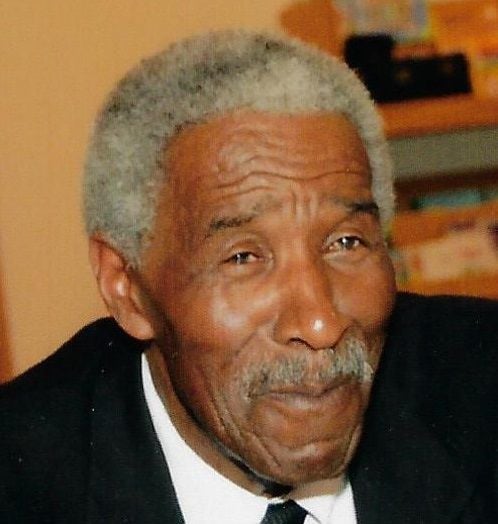 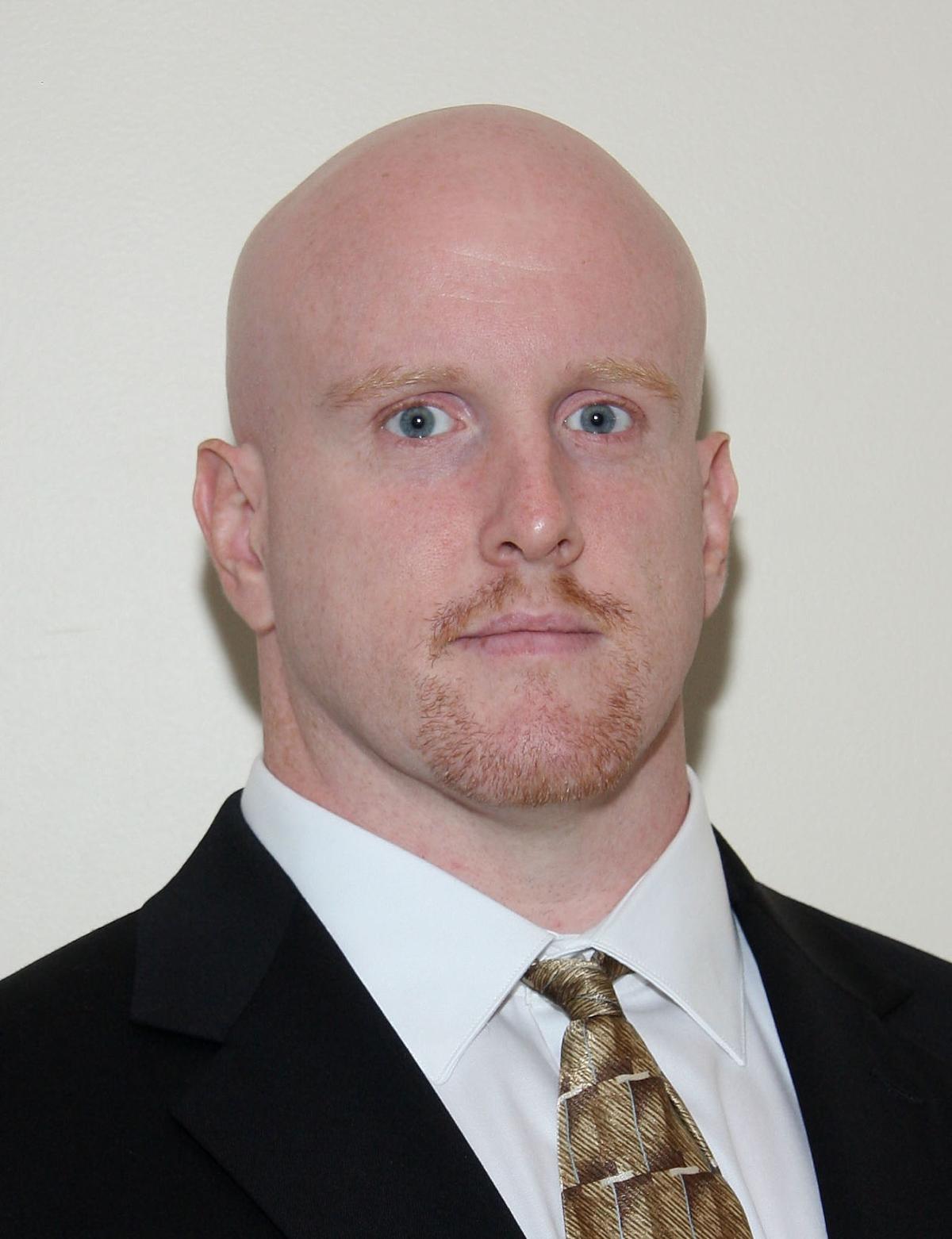 Those were some of the words shared about Major “Tuffy” Corley Monday after word broke earlier in the day that the former legendary Monessen girls basketball coach passed away at the age of 73, reportedly due to complications from COVID-19.

Corley’s passing hit close to home for the basketball community and more so for those who knew him on a personal level.

My first recollections of Tuffy was when he played in the Monessen Midget Basketball League (MMBL) coaches game at the end of the season.

The first time I saw him at one of the games, I was maybe eight or nine and stared in awe of the size of the 6-8 Corley.

My dad saw the look on my face and introduced me to Tuffy, as they had attended Monessen High School and graduated a year apart from each other.

“Can you dunk?” was all that I could get out of my mouth.

After one of his patented grins followed by a humble laugh, Tuffy simply said, “not anymore.”

Tuffy and his coaching staff had been laying the groundwork for the girls program for several years by this time, and he could frequently be found at the MMBL games watching some of his future stars.

One of the players who Tuffy watched closely was Gina Naccarato.

Gina, now the Athletic Director at Monessen and the assistant principal at the Monessen Elementary Center, led the 1995 Monessen girls team to Corley’s first WPIAL championship.

“Tuffy was probably the most professional person I have ever been around in all aspects of his life,” she said. “He taught me how to win with class and lose with class.

“Tuffy was well-respected by the people of Monessen and by all of the coaches in the WPIAL.”

How respected was Corley?

“Anytime I went to an athletic event, opposing players, coaches, A.D.’s, officials and others would want to know how Tuffy was doing,” said Naccarato, who earned a scholarship to Duquesne following her stellar All-State career at Monessen which saw her score 3,364 points, a WPIAL record.

“To be respected by your peers in that way is the greatest compliment that any person could receive.

“The most important thing Tuffy taught me was how to be a professional. That has carried over with me in my teaching, coaching, administrative and athletic director positions.”

I covered my first high school basketball games during the 1999-2000 season and I covered a Monessen girls game.

Tuffy smiled when we made eye contact and it put this rookie instantly at ease.

After the game, which Monessen won easily, Tuffy seemed to make the interview easy for me, but first he asked about my sister Jess, who started for him as a freshman before transferring.

The more I interviewed him, I realized that not only was he a man of few words, but his tone was the same whether his team won by 30, lost by 30, won a heart-breaker or lost a nail-biter.

Tuffy is one of two coaches I have ever interviewed — former BVA girls soccer coach Paul Sasko was the other — that no matter the outcome, a smile and a calm demeanor was waiting.

There were times when Tuffy would make eye contact with me at the press table in the third or fourth quarters of blowouts and grin.

This meant I knew my night was going to be easy.

During that first interview of the 1999-2000 season, Tuffy told me about a player who dominated boys in the MMBL and could start for him then even though she was a middle school player.

The player’s name was Charel Allen, and Tuffy was right about her skill.

Allen’s accolades, such as two-time Associated Press PIAA Class A Player of the Year, were a laundry list long.

After leading Monessen to the 2004 WPIAL and PIAA Class A girls championships and finishing with 3,110 career points, Allen signed with Notre Dame.

She followed that with a stop in the WNBA and played overseas for almost a decade.

Like Tuffy, Allen has always been a person of few words.

However, she opened up Monday about the relationship they shared with it beginning long before they teamed up on the court.

“Tuff was like family and more than a coach,” Allen said. “He was neighbors with my grandmother, and we would see each other all the time.

“When I was told for the first time that he was the girls coach, I was surprised and said I knew him as my grandmother’s neighbor.

“He and I had a very unique relationship. He challenged me in ways that most coaches wouldn’t because of the respect I had for him.”

The bond grew to the point where they wouldn’t even have to verbally communicate.

“We had a relationship where when we looked at each other, I knew what he wanted from me.”

Even after Allen graduated, the two kept in touch.

“After high school, he made sure I was doing well and would joke about me coaching at Monessen,” Allen said. “But that last year I played for him, us accomplishing something that he had not been able to do and win the state title, the banquet when he was emotional, I am happy and honored to be a part of that forever and it is a great memory I will always have.”

Allen is now an assistant coach with the Cal State Fullerton women’s basketball team and now that she is in the role of coach, her relationship with Tuffy means that much more.

“You don’t realize how impactful a coach can be towards a player in terms of what he or she could teach,” Allen said. “He taught us life lessons and discipline.

“Outside of my parents, he was an enforcer and showed he cared.”

As a senior at Monessen, Allen was overwhelmed with the recruiting process as she heard from every major program in the country.

However, Corley was there for her and only now, as a recruiter herself, does she realize how much he did for her.

“I was overwhelmed and I am sure he was as well, considering he didn’t talk much,” Allen said. “Now that I am coaching, I get it and he didn’t have to do what he did.”

When asked what she will always remember about Tuffy, Allen had to take a moment to get her emotions in check.

“I will always have great memories as a player but on a personal level as well,” Allen said. “Tuffy cared. He was a very caring man and did what he could for his players.

“He will be truly missed, and it will not be the same.”

He was to be inducted last month into the Mid Mon Valley All Sports Hall of Fame, joining Allen and Naccarato, but the banquet was pushed back to next year due to the COVID-19 pandemic.

When I called him for what would be our last interview together, more than 20 years after our first, his response to being inducted was what I expected.

“You know I don’t say much,” he said while laughing. “I am honored.

“Those will be my only three words at the banquet as well.”

I wouldn’t have put it past him to get up in front of the sold-out crowd and say those three words, I am honored, and then sit back down.

That was Tuffy through and through.

It was a given that Tuffy, if he wasn’t coaching a game, would be in the stands up in the top right corner watching Monessen play and that fact stood out for Naccarato.

“I will miss seeing him at the Monessen games,” she said. “The stands will definitely not be the same without Tuffy in them.”

A gentle giant, a bad word has never been said about Corley.

A man bigger than most, his heart was just as big.

Stories from players like Naccarato, Allen and countless others prove that, just like stories from little kids in awe of the man’s size or reporters who interviewed him a single time or who were lucky enough to know him for a lifetime.

Known for his wins on the basketball court, the loss those of us who were lucky enough to know him are feeling is massive.

One’s legacy can be defined by whether he or she left the world a better place than when they entered it.

For Tuffy, there is no doubt that he did just that.