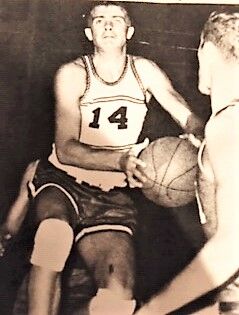 Ted Barnett is shown during his playing days at North Union. 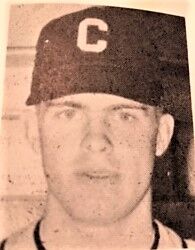 Ted Barnett is shown during his playing days at North Union.

Most athletes receive guidance and a helping hand on their journey. North Union’s Ted Barnett is one of those athletes.

Barnett excelled at basketball and baseball for the North Union Rams in the early 1960s.

“I started playing baseball when I was eight years old,” Barnett explained. “I had a magazine at home about the top hitters back in the day, it was the year the Giants and Indians met in the World Series and Willie Mays made his famous catch.

“I couldn’t get into leagues because we lived so far out of Uniontown and Connellsville. My dad worked with a fellow name Art Marzano and Art had two boys who played baseball and he was going to coach Little League. He was the first of many people who helped me, he roped my dad into coaching and so I started in Dunbar when I was 10. Art was a great guy and he knew the game. Baseball was the start of my athletic career.”

“I didn’t start playing basketball until I was in seventh grade,” Barnett recalled. “Up in the mountains at Mount Independence there were no basketball hoops, so I along with my dad went to some of the varsity games and they had some good talent. They had guys that were good athletes and football players like the Swaneys and I watched them and I got to see Buddy Quertinmont come in from Point Marion at the time.

“But then my sophomore year we had some good talent. It just never meshed for us. If I remember correctly we had a tremendous football season, we were heavily laden with seniors and Ron Austin, Dan Hudock and I were the only underclassmen.

“The junior year kind of came out of nowhere and everything came together. Phil Tunstall moved in and he was an offensive machine, he moved in from Redstone. Ron Austin was one of the greatest guys and athletes I ever played with. Paul Mickey grew and got better and better as the season went along. Hudock progressed and I loved being part of it.”

Barnett scored five points in the playoff loss to Farrell his junior year.

“Farrell was unbelievable,” Barnett said. “The coaches all tried to prepare us, we played like eight guys on defense in practice. That’s the first thing you knew you were in a game because they were into your chest the whole time defensively. Jack Marin was on a different planet and this tall skinny guy was popping shots from all over and just doing what he wanted. He went to Duke and then played in the NBA with Baltimore.”

Barnett, who missed five games as senior with a fractured hand, tallied 502 points in his North Union career and ranks fourth on the Rams’ all-time scoring list.

“Steve Furin was the head coach and my junior year,” Barnett said. “Horse Taylor had come back into teaching and coaching and he was our JV coach and he really got it going and he changed the fortunes of North Union and later Laurel Highlands basketball. He got the playgrounds going and got people interested in playing and had the older guys help the younger guys. He changed the culture. Mr. Furin was a tough guy and that was good for us.”

Following his senior season Barnett played for the Section 10 All Stars in their match up with the Fayette County All Stars. He scored six points in a 52-51 victory.

It was on the baseball diamond where Barnett really shined. He was outstanding in Little League and also played two years in the Uniontown Recreation Department summer baseball program at Bailey Park. He played two years in the Fayette County VFW Teener League for Mt. Braddock and was that loop’s MVP in 1961. He played three years of baseball at North Union and was a member of the Point Marion American Legion team for four seasons.

“Coach Taylor was my baseball coach in Uniontown Teener League,” Barnett said. “I loved Coach Taylor. When I was growing up I got to talk with Abe Everhart and Lash Nesser. Think about it, I was coached by coach Taylor and I got to talk to Everhart and Nesser. I thought I was in heaven. Ron Sepic was an idol of mine even though he was a contemporary.

At North Union the Fayette County Baseball League was tough, but Barnett was a league All Star in 1963.

“German, South Union and Fairchance Georges were very good,” Barnett said. “Pete Slater was our baseball coach at North Union and we were competitive. German with Bill Marovic and Lefty Radosevich, Jerry Meadows at South Union, I don’t think I ever got a hit off him. Fairchance Georges had so many baseball players. Tamer Joseph coached the Runners and they had J.L. Lechner, Matt Voithofer, Joe Sepic, and George Sepic. All of us played at Point Marion for the American Legion team.”

When Barnett graduated from North Union he wound up at California State Teachers College.

“I don’t think I had ever visited California,” Barnett said. “I wanted to go to the Naval Academy, but I couldn’t get an political appointment. I then was hot on Bethany, but my folks couldn’t afford it even with aid. Charlie Welsh was a classmate of mine and his brother Alan Welsh was a Dean at Cal. He took me for a visit and I met two icons, Myles Witchey and Mitch Bailey, and ended up playing baseball for Mitch and basketball for Myles.”

“I lost my eligibility in both sports in 1965,” Barnett explained. “My dad called me and said I was drafted by the Philadelphia Phillies in the first year of the baseball draft. When I signed, I lost my eligibility at Cal. I went to Huron SD in the Northern League and was cut late in the summer. I went to work in Connellsville at Shop and Save. I went back to Cal and coach Witchey was the first one who greeted me and asked me to hang around the team and coach Bailey was mad at me at first, but then he asked me to coach. Of course he reminded me everyday that I left him high and dry.”

Barnett played a couple of years at Harrisonburg in the Shenandoah Valley League.

“There was great talent there,” Barnett said. “We worked during the day and played ball at night. Lefty Radosevich took me down there, Jerry Meadows was a teammate and Jan Withrow from Uniontown was also a teammate of mine at Harrisonburg.”

Barnett graduated from California State in 1967. He started a lengthy career as a teacher at Rockwood, Pa. He taught middle school at Thomas Jefferson, got his Master’s degree in Elementary Counseling, and went to the Upper St. Clair in 1971. He worked three stints as an assistant coach for Danny Holzer at Upper St. Clair. Barnett had a 31-year career in academics at Upper St. Clair and he retired in 2002.

Now 74 years old, Barnett resides in Durham, North Carolina, with his wife of 52 years Barb. They have two children, Tom and Amy, and five grandchildren.

Looking back Barnett says “I had some great mentors who helped me along the way.”