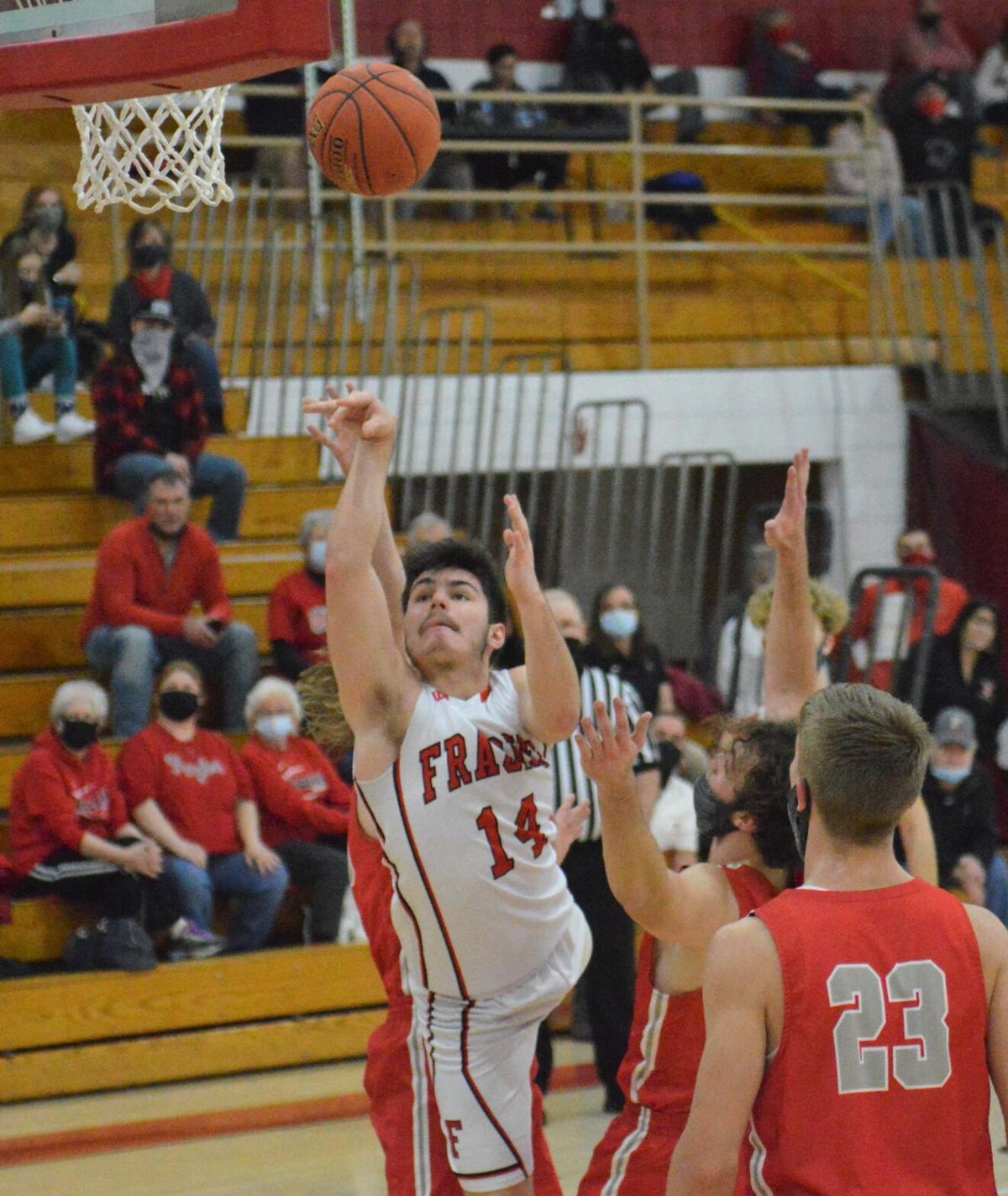 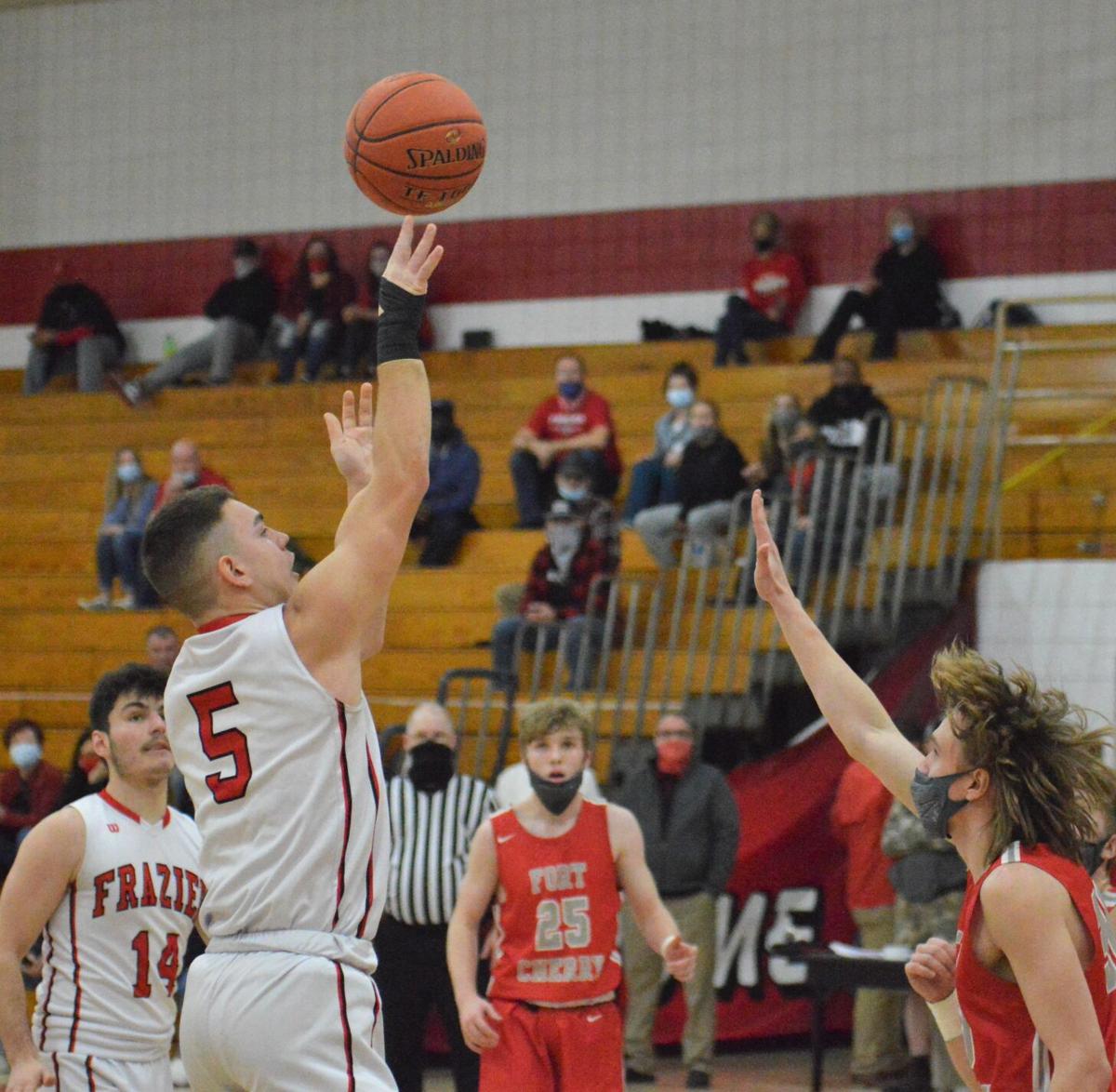 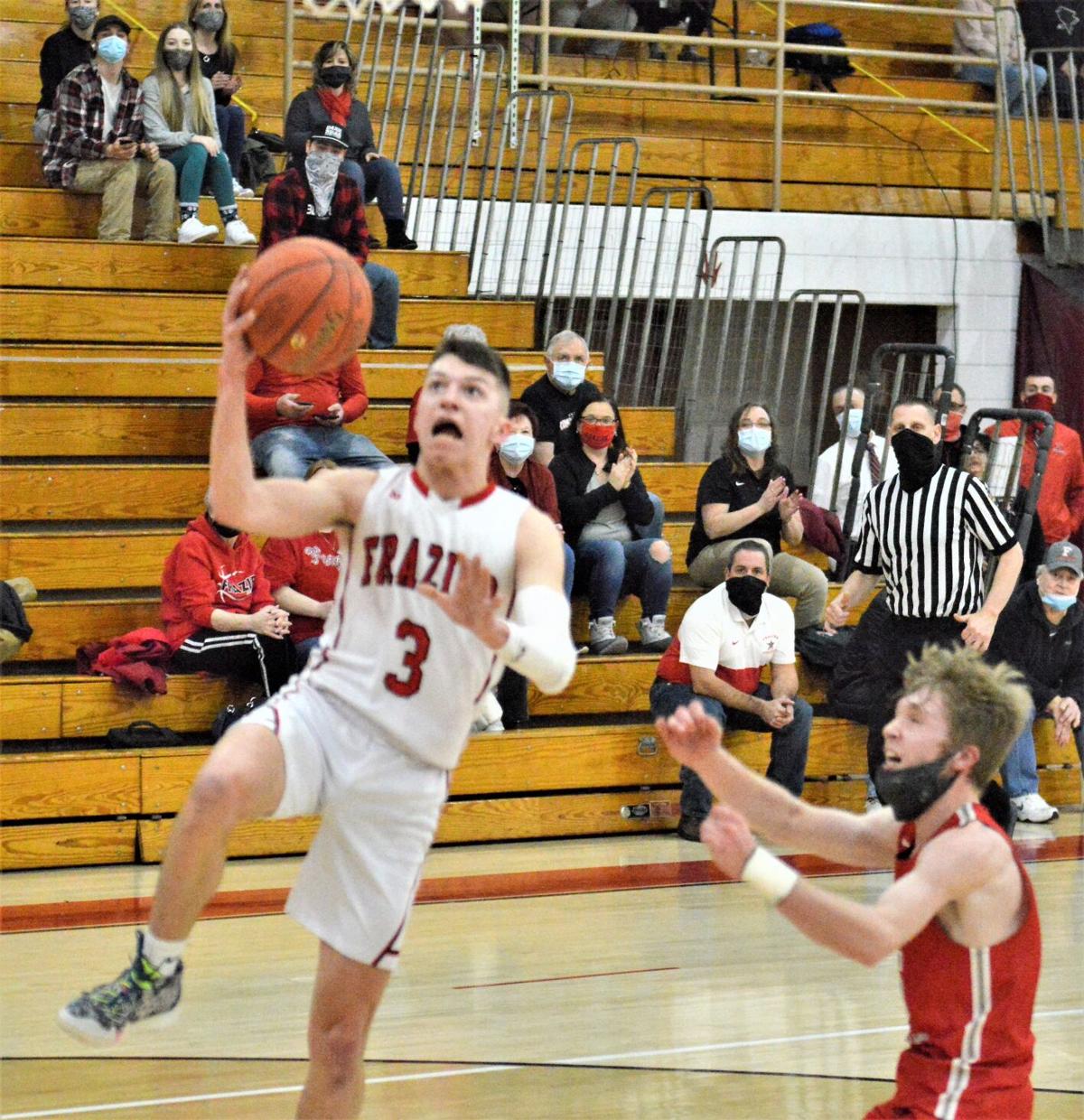 Frazier's Owen Newcomer goes in for a layup after making a steal against Fort Cherry during Wednesday night's WPIAL first round playoff game at Henry DiVirgilio Field House. Newcomer scored a game-high 16 points but the Commodores lost, 54-49. 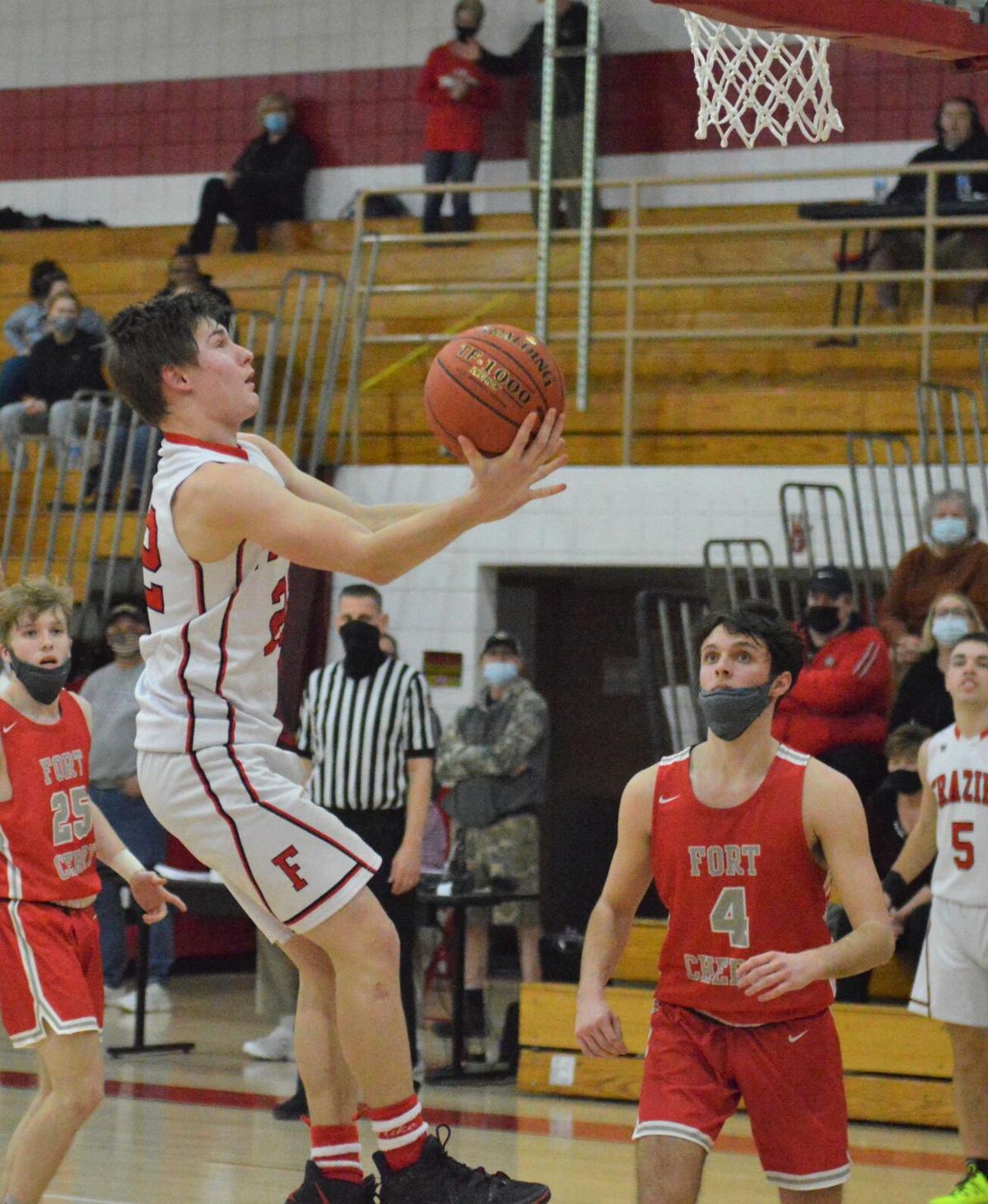 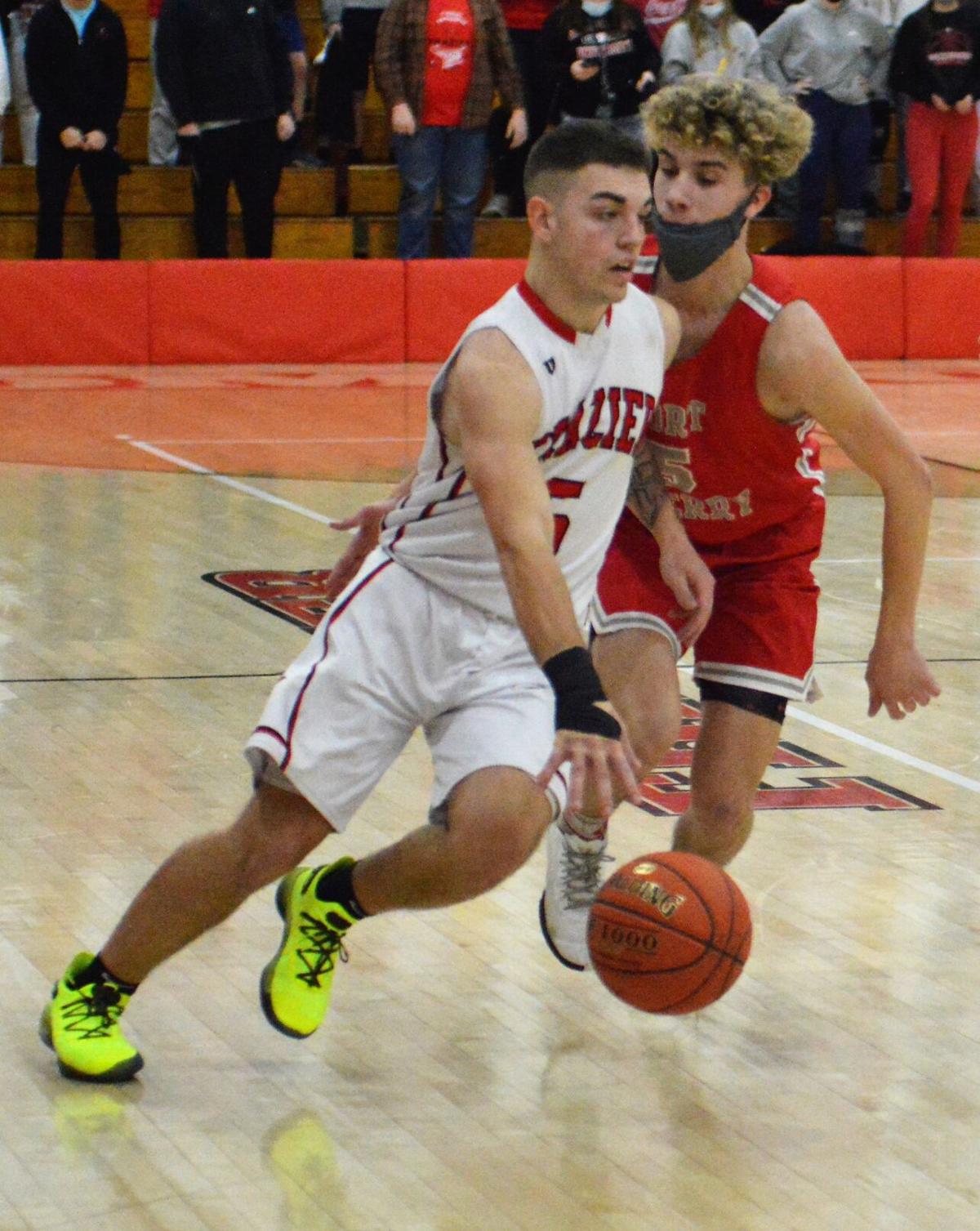 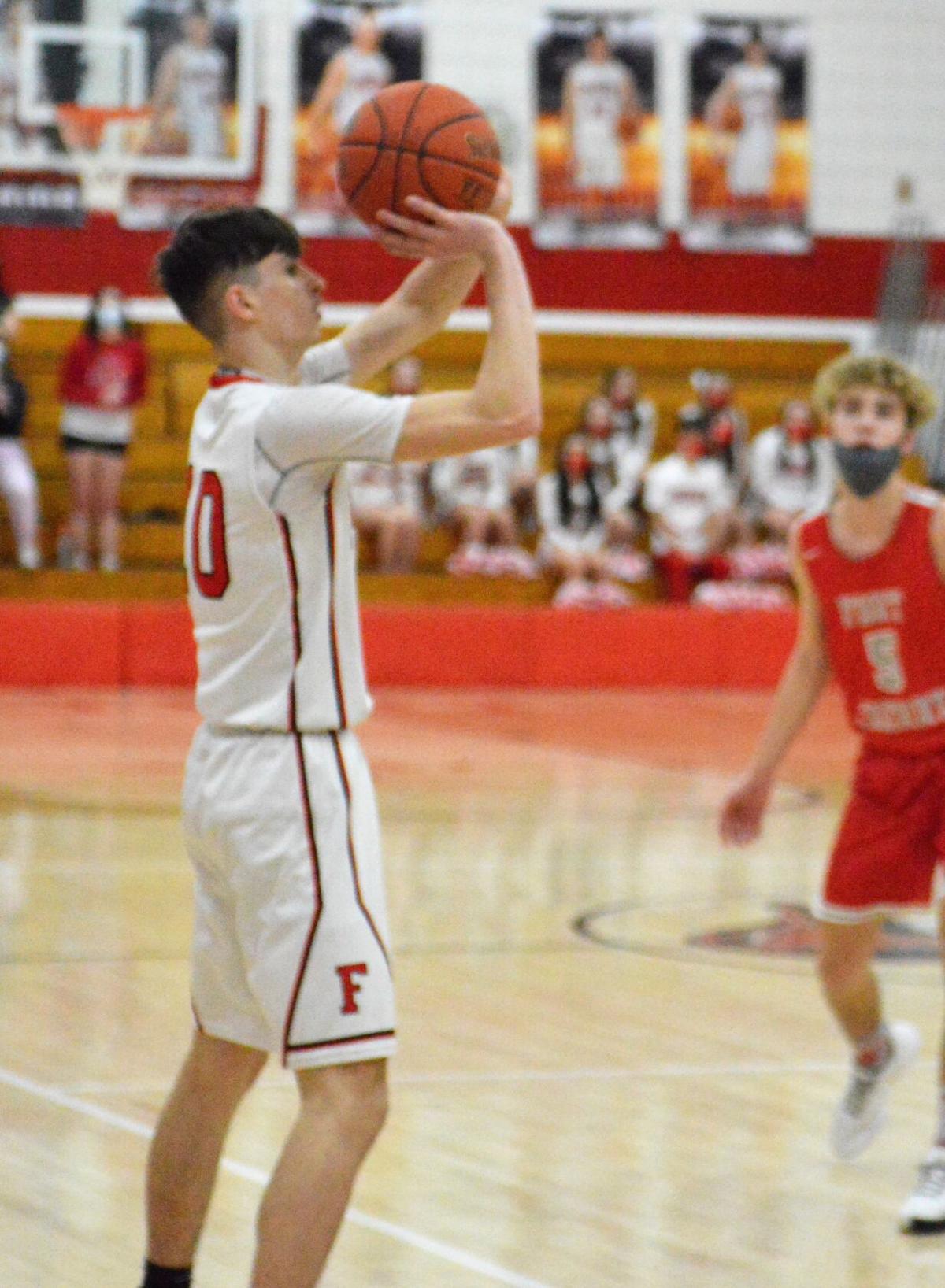 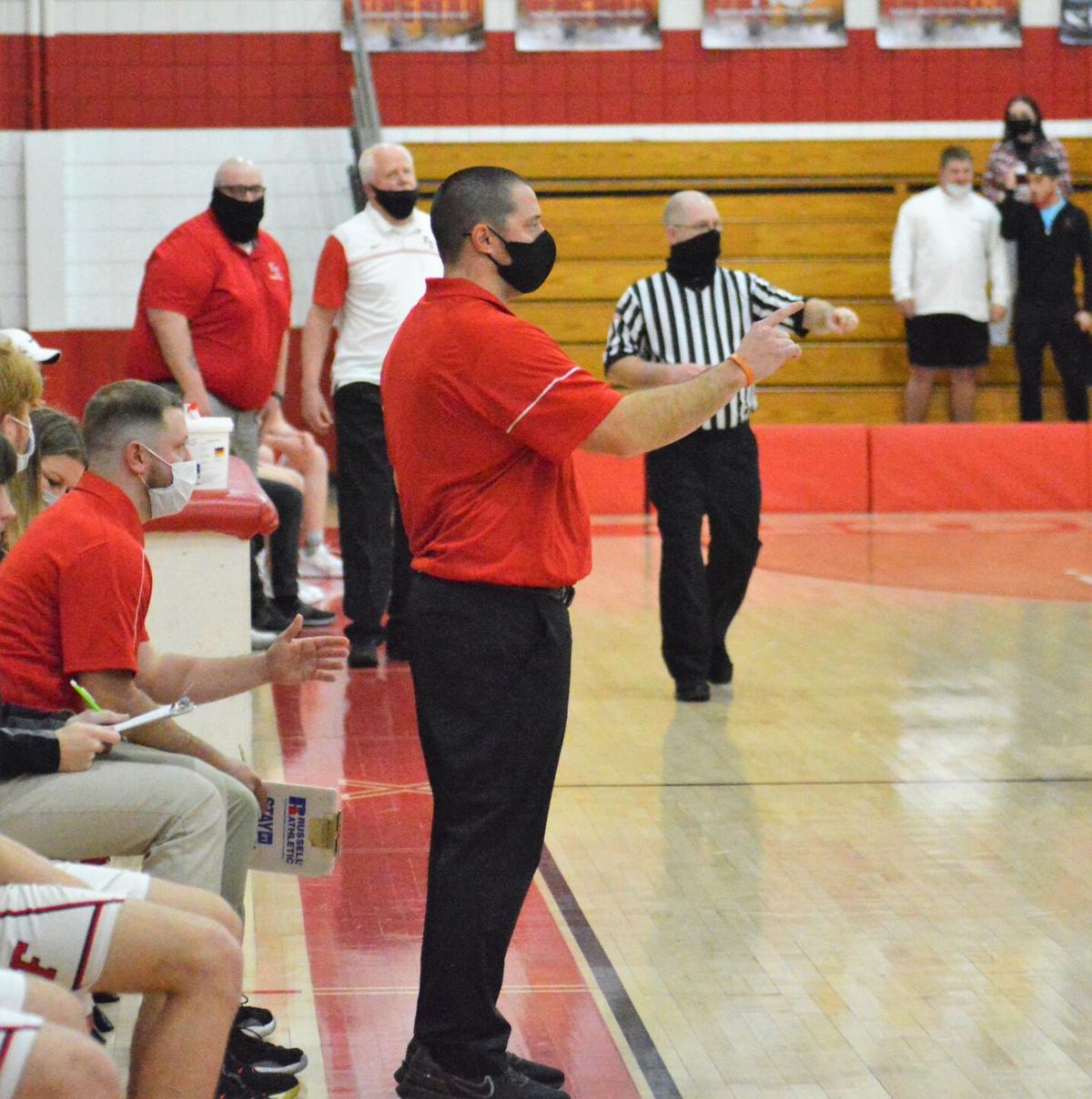 Frazier coach Zach Keefer makes a point to his players during the Commodores’ WPIAL first round playoff game against Fort Cherry at Henry DiVirgilio Field House on March 3. Keefer is the Herald-Standard Boys Basketball Coach of the Year. 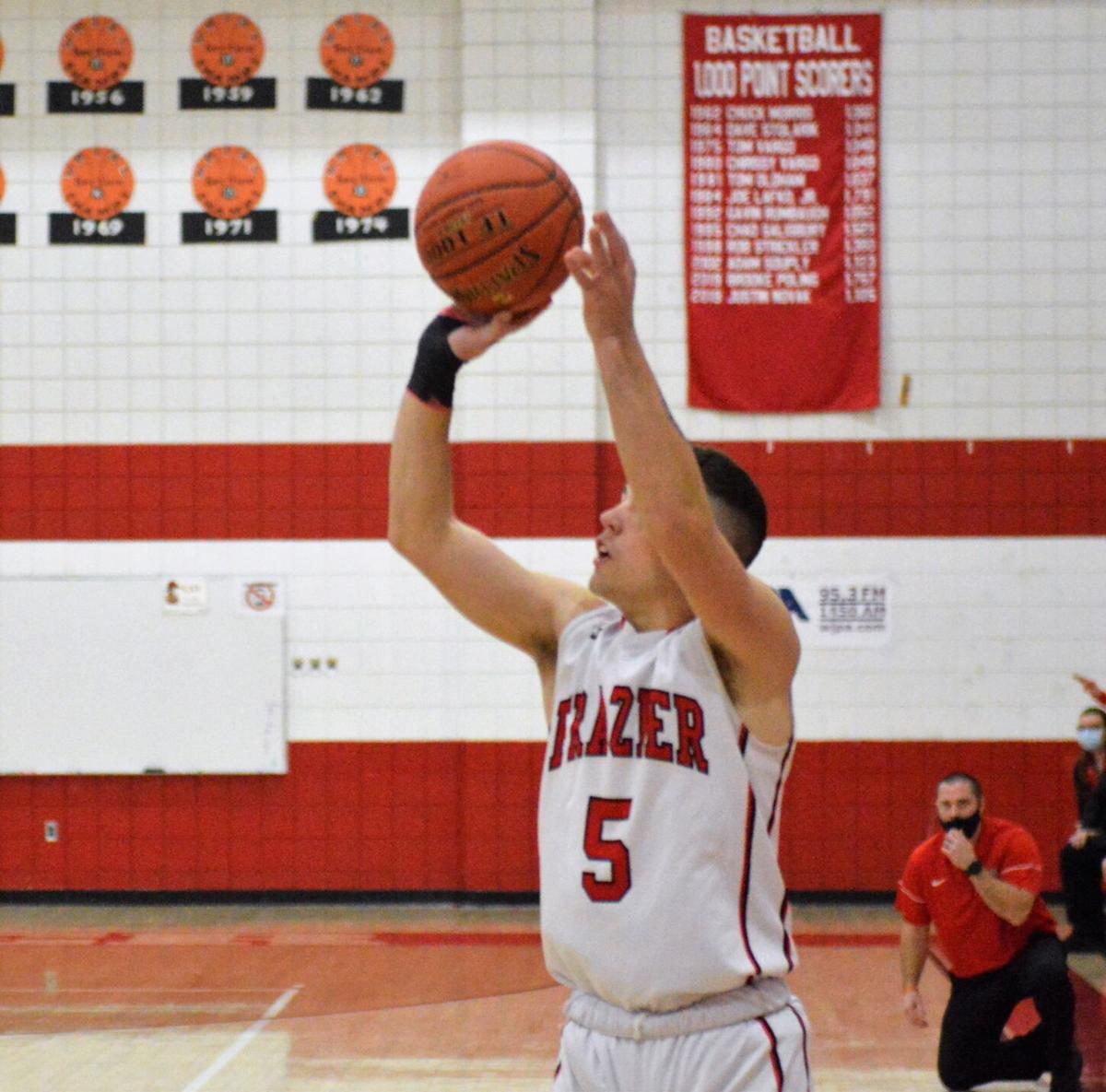 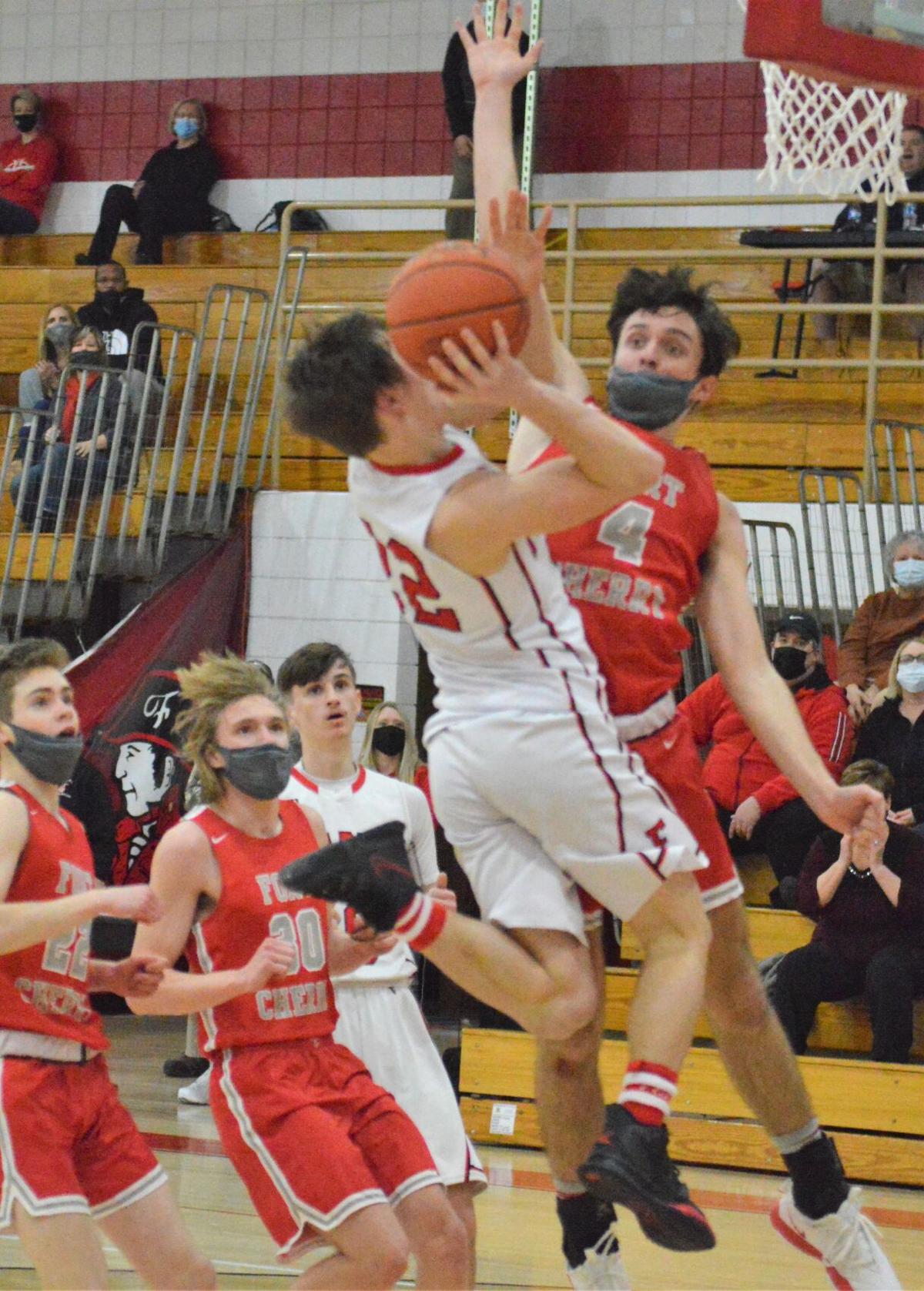 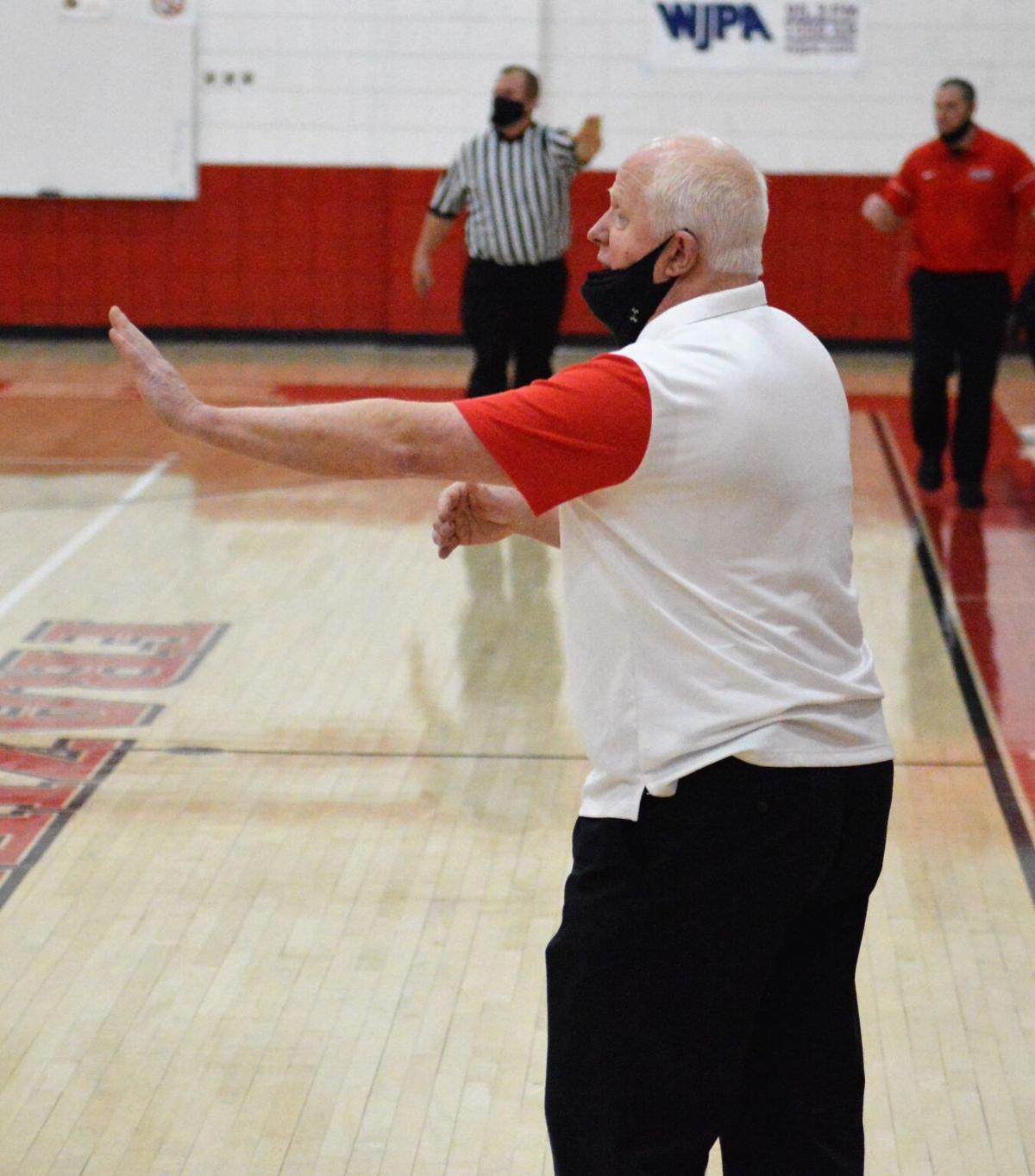 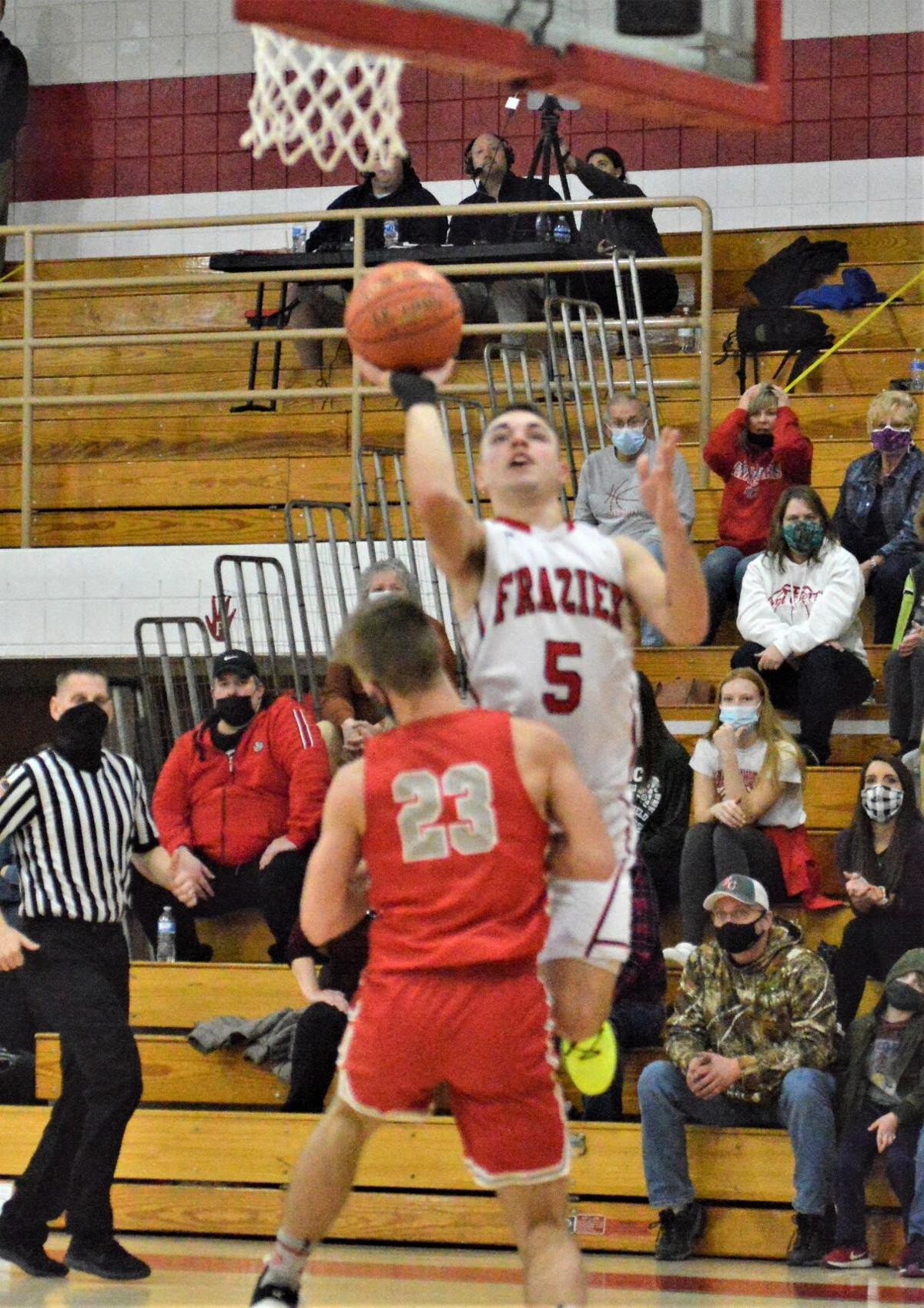 Frazier's Owen Newcomer goes in for a layup after making a steal against Fort Cherry during Wednesday night's WPIAL first round playoff game at Henry DiVirgilio Field House. Newcomer scored a game-high 16 points but the Commodores lost, 54-49.

Frazier coach Zach Keefer makes a point to his players during the Commodores’ WPIAL first round playoff game against Fort Cherry at Henry DiVirgilio Field House on March 3. Keefer is the Herald-Standard Boys Basketball Coach of the Year.

PERRYOPOLIS -- Frazier's boys basketball season began with a one-point loss at Fort Cherry on Dec. 11 but what followed was 17 wins in the next 19 games and the Commodores' first section championship in 31 years.

In the first round of the WPIAL Class 2A playoffs at Henry DiVirgilio Field House on Wednesday night, Frazier hosted the Rangers in a rematch and the result was similar.

Fort Cherry walked away with a 54-49 victory that left the Commodores and their senior-oriented squad crushed.

The 11th-seeded Rangers scored the first 12 points of the fourth quarter to turn a 36-35 deficit into a 47-36 lead and held on from there for their first postseason win in 23 years.

Fort Cherry advances to the quarterfinals where it will play at section rival and third-seeded Sto-Rox at noon on Saturday.

All of Frazier's points came from seniors led by Owen Newcomer, who hit three 3-pointers in tallying a game-high 16 points. Colton Arison and Kenny Fine, who also made a trio of 3-pointers, each had 11 points. Luke Santo, Chase Hazelbaker Noah Oldham contributed five, four and two points, respectively.

"They're my family," Keefer said. "We've been through a lot together. I can't say enough about their leadership. If you don't have that leadership, it's tough to do what we did.

There were four lead changes and three ties in an opening quarter that ended in a 15-15 tie.

Fine swished his third 3-pointer early in the second quarter to give the sixth-seeded Commodores (17-4) a lead that they would expand on. Frazier also got a 3-pointer and a steal and layup from Newcomer along with baskets from Arison and Oldham in building a 27-21 halftime advantage.

Rogers scored eight points in the third quarter to spark a Fort Cherry rally in a third quarter that included four lead changes and one tie. Arison's bucket with 18 seconds left gave the Commodores a 36-35 lead heading into the fourth quarter.

Miller ignited the Rangers early in the fourth quarter, scoring seven points in the critical 12-point burst. The Commodores didn't get on the board in the final frame until Santo scored with 2:36 remaining.

"That's hard to overcome," Keefer said. "We had a little spell there and just couldn't get anything to fall. We turned the ball over and they were able to turn those into points at the other end. When you're struggling to score, you better take care of the ball."

Santo's field goal along with a basket by Newcomer and a three-point play by Arison off a steal and pass by Oldham resulted in a 7-1 run that got Frazier within 48-43 with 1:44 left but it could get no closer. Fort Cherry made six of nine foul shots the rest of the way to offset 3-pointers by Newcomer and Santo.

The Commodores had two good looks at 3-point attempts down the stretch that would've cut the margin to three, making it a one-possession game, but neither would go down.

"They threw a ton a different defenses at us tonight," Keefer said. "I thought we were able to exploit them early and kind of get to our game and do what we do best. Then in the second half those same shots just weren't falling."

Fort Cherry coach Eugene Briggs, who began his second stint at Fort Cherry this season after leaving Chartiers-Houston last year, guided the 1998 team which last recorded a postseason win for the school. That was during Briggs' first 12-year run as coach.

"We showed a lot of heart," Briggs said. "Our defensive intensity was unbelievable. That was the difference in the second half."

Keefer tipped his hat to the Rangers.

"Credit to Coach Briggs and his kids," Keefer said. "They played hard. They're scrappy. They came up with the plays down the stretch that were most important."

Keefer expressed pride at the way his team battled until the end.

"Valiant effort," said Keefer, who pointed out the lasting impression the squad made on the program with its 17-win season and Section 4-AA title.

"They made their teammates, their school, their coaches and their community proud. When you look up at that banner moving forward and you see a 20-21 on there you can be forever proud and forever grateful. They'll be remembered."