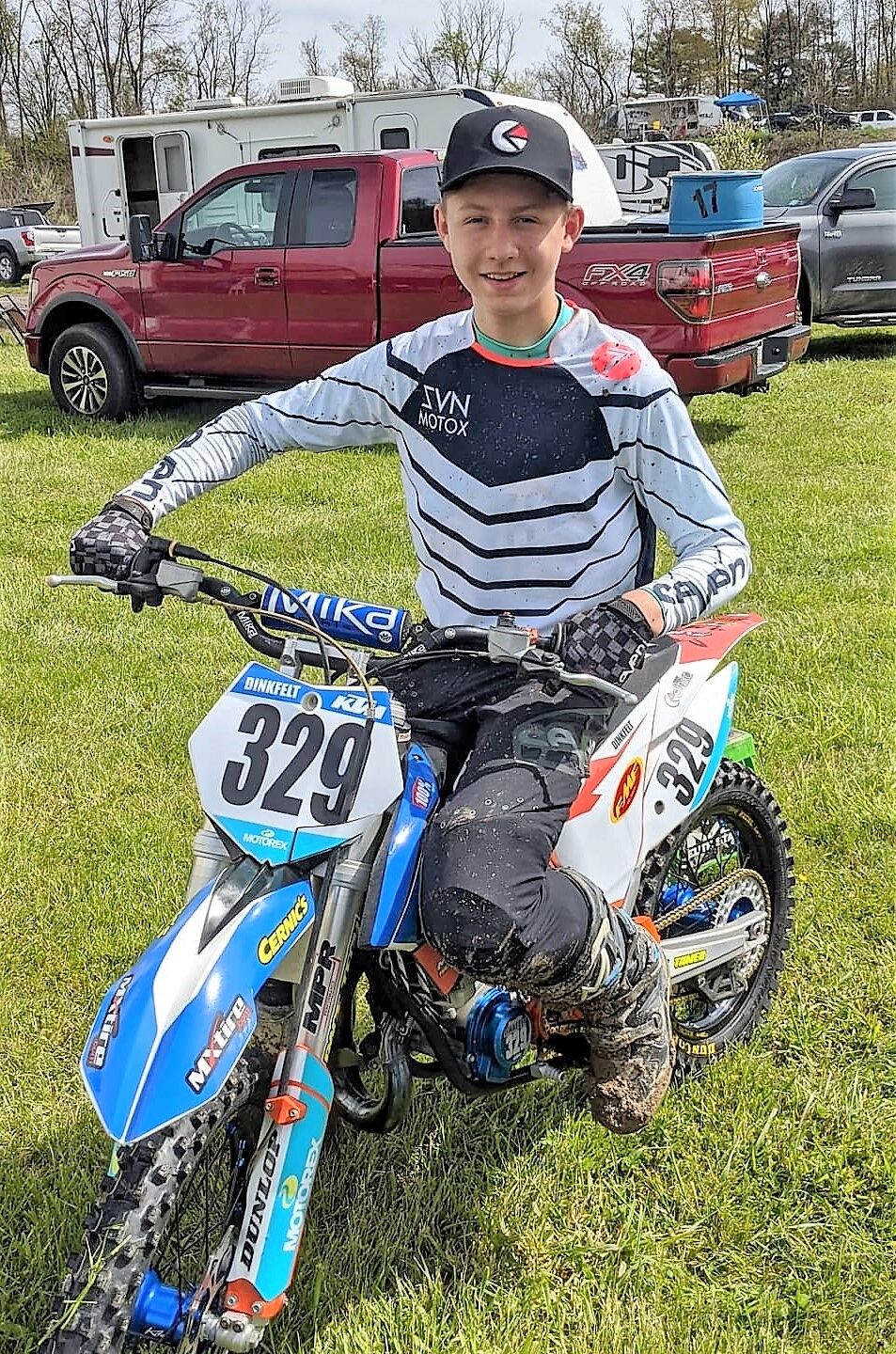 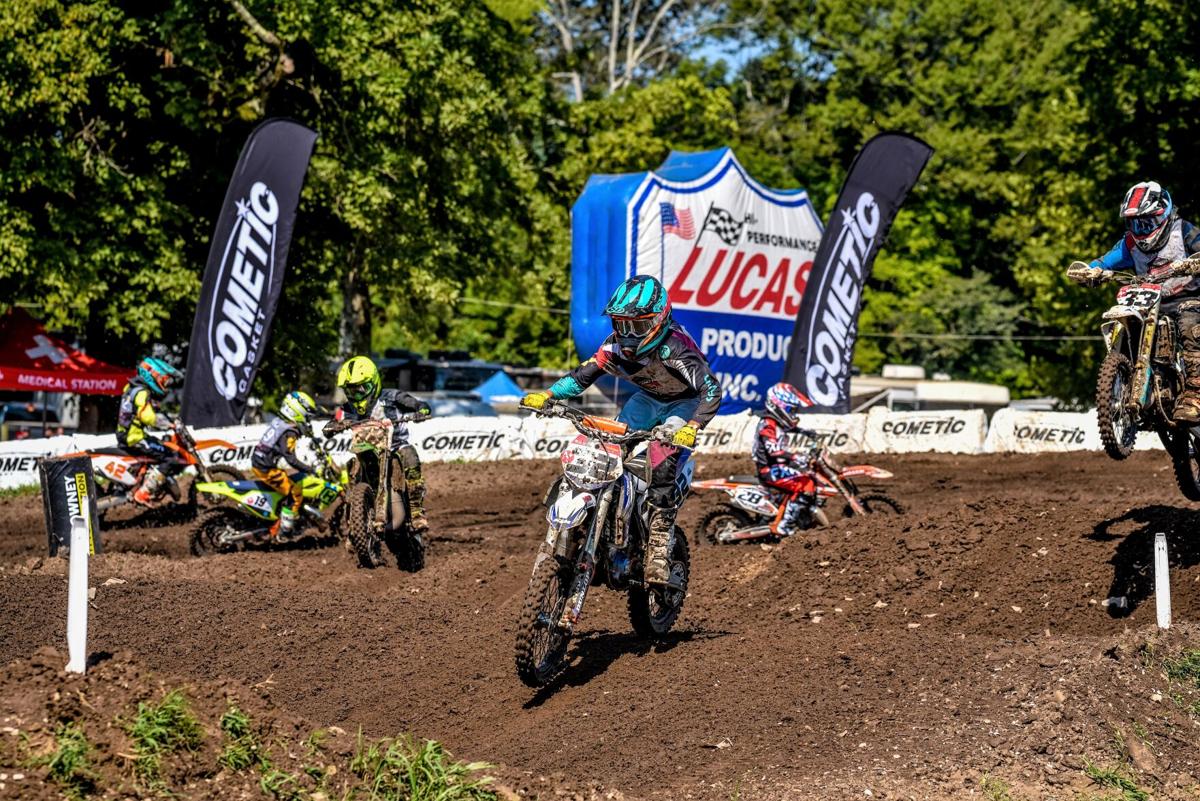 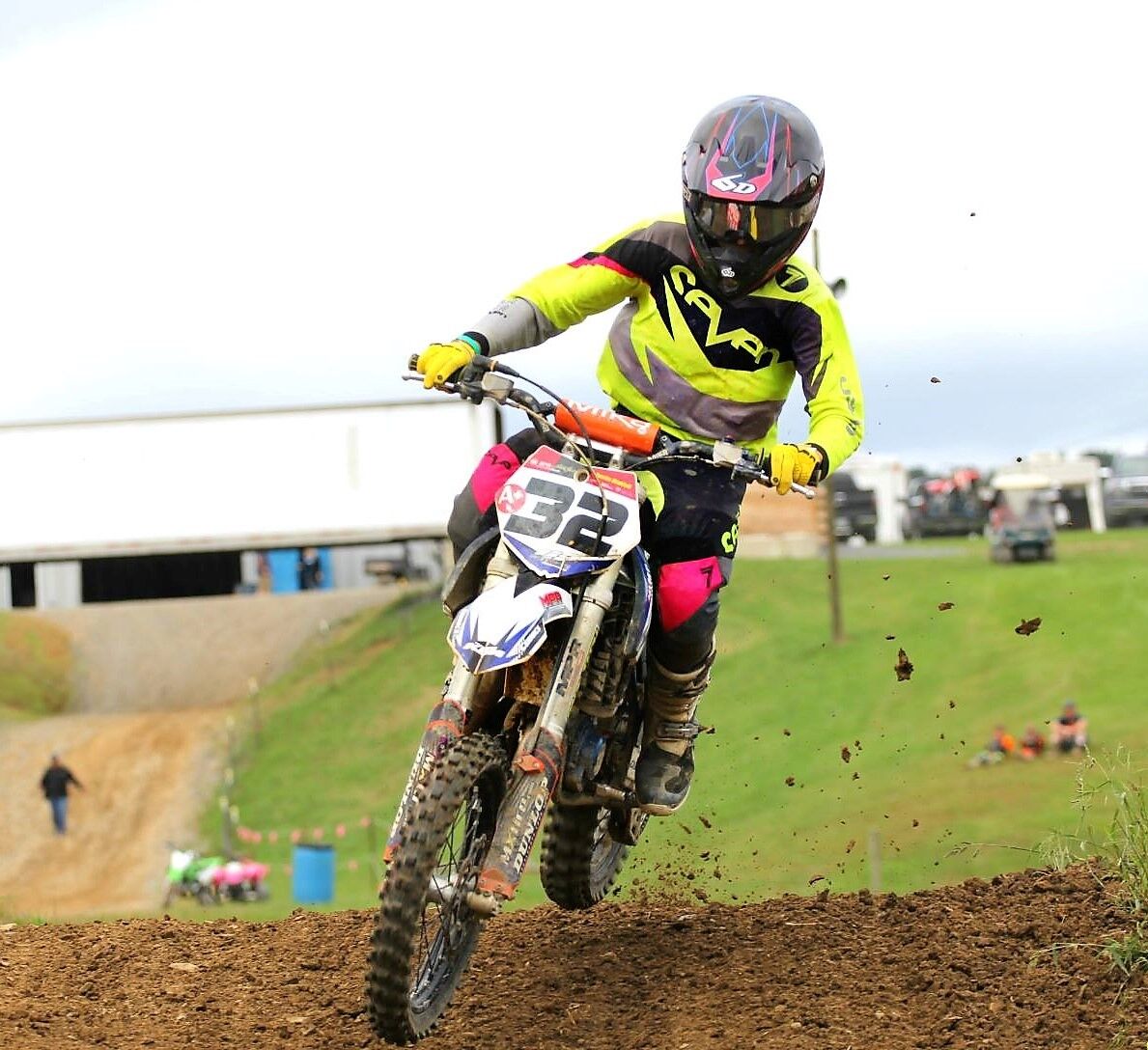 Austin Dinkfelt is set to rev up his engine and compete in the largest amateur motocross race in the world.

The 14-year-old dirt bike racer, who is a Connellsville student, will race in the 39th Annual Monster Energy AMA Amateur National Motocross Championship, to be held Aug. 3-8 at the historic Loretta Lynn Ranch in Hurricane Mills, Tennessee.

“The Amateur National at Loretta Lynn’s is the best of the best motocrossers in America and around the world,” said Tim Cotter, Director of MX Sports. “Just being here makes you an elite racer and a top athlete. A solid finish at Loretta’s would you give you instant National recognition and a possible professional career.”

Dinkfelt moved to Connellsville from Irwin last year and will be a freshman this fall.

Dinkfelt, who has been riding dirt bikes since he was six, is excellent in the classroom also. He’s been named Student of the Month and won other awards for being a distinguished student.

Dinkfelt’s sponsors include Cernic’s Racing, MxTire, MPR Racetech, and Creekside MX, and he has great support from his family, who will accompany him on his trip. Dinkfelt has won five consecutive PAMX State Championship titles in the last five years and competes nearly every weekend in races across the country.

Due to COVID-19 pandemic, this year’s qualifying process was broken into a five-week Regional Championship system from June 5 until July 3. Dinkfelt is one of nearly 10,200 racers across the country who spent the last couple of months qualifying for the event.

This year’s event will be run in compliance with the CDC Guidelines as well as protocols set in place by the Safe-To-Race Taskforce. Due to health concerns social distancing protocols will be followed during race week.

The race action will be broadcast live daily at www.RacerTV.com. In addition, highlight shows featuring the event will air on MAVTV in the fall.

Who do you think won the final presidential debate last week?