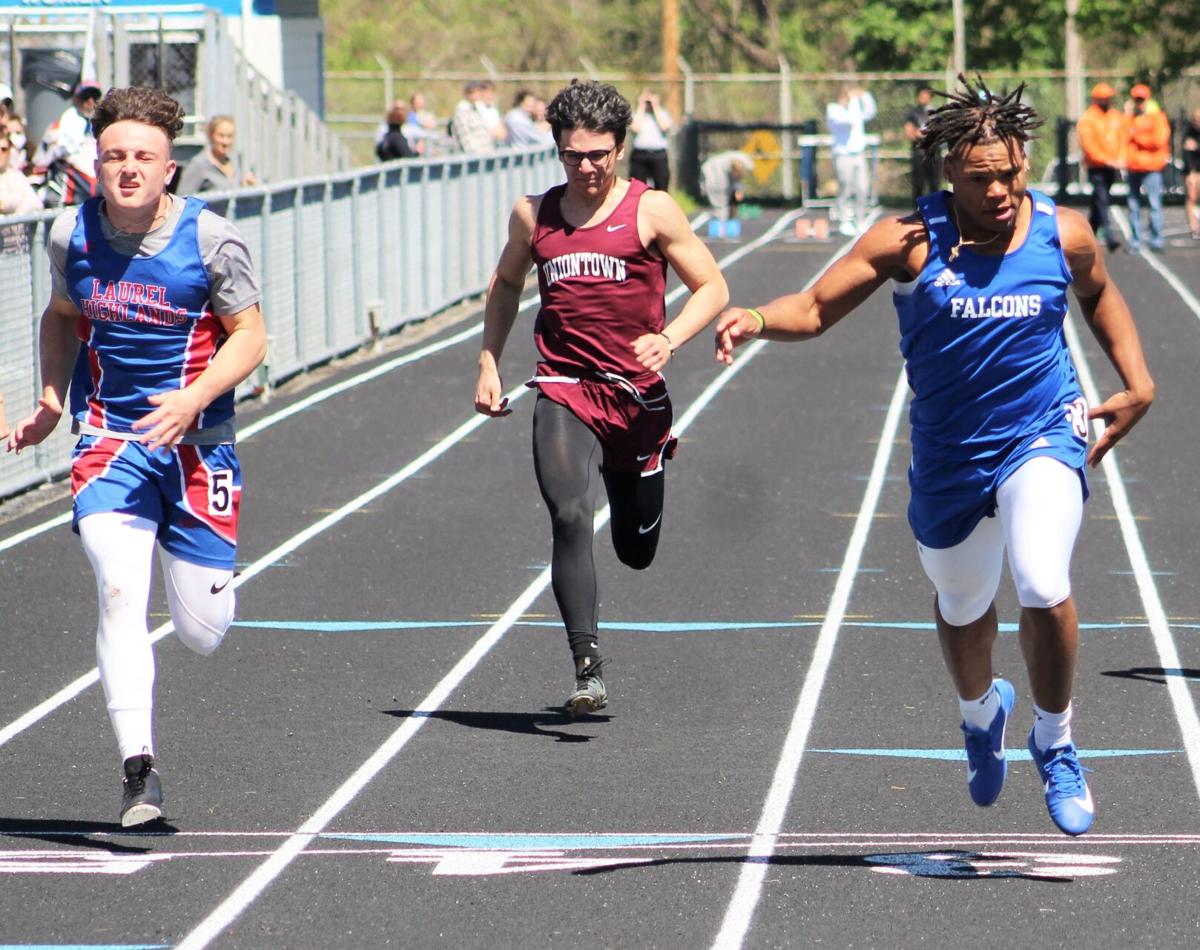 Connellsville’s Ky’ron Craggett (right) leans over the finish line ahead of Laurel Highlands’ Kolby Livingston (left) to win the 100 in Saturday’s FCCA Track & Field Championship held at Connellsville Stadium. Craggette also won the 200 and was on the Falcons’ winning 400 and 1,600 relays to take Track MVP honors. 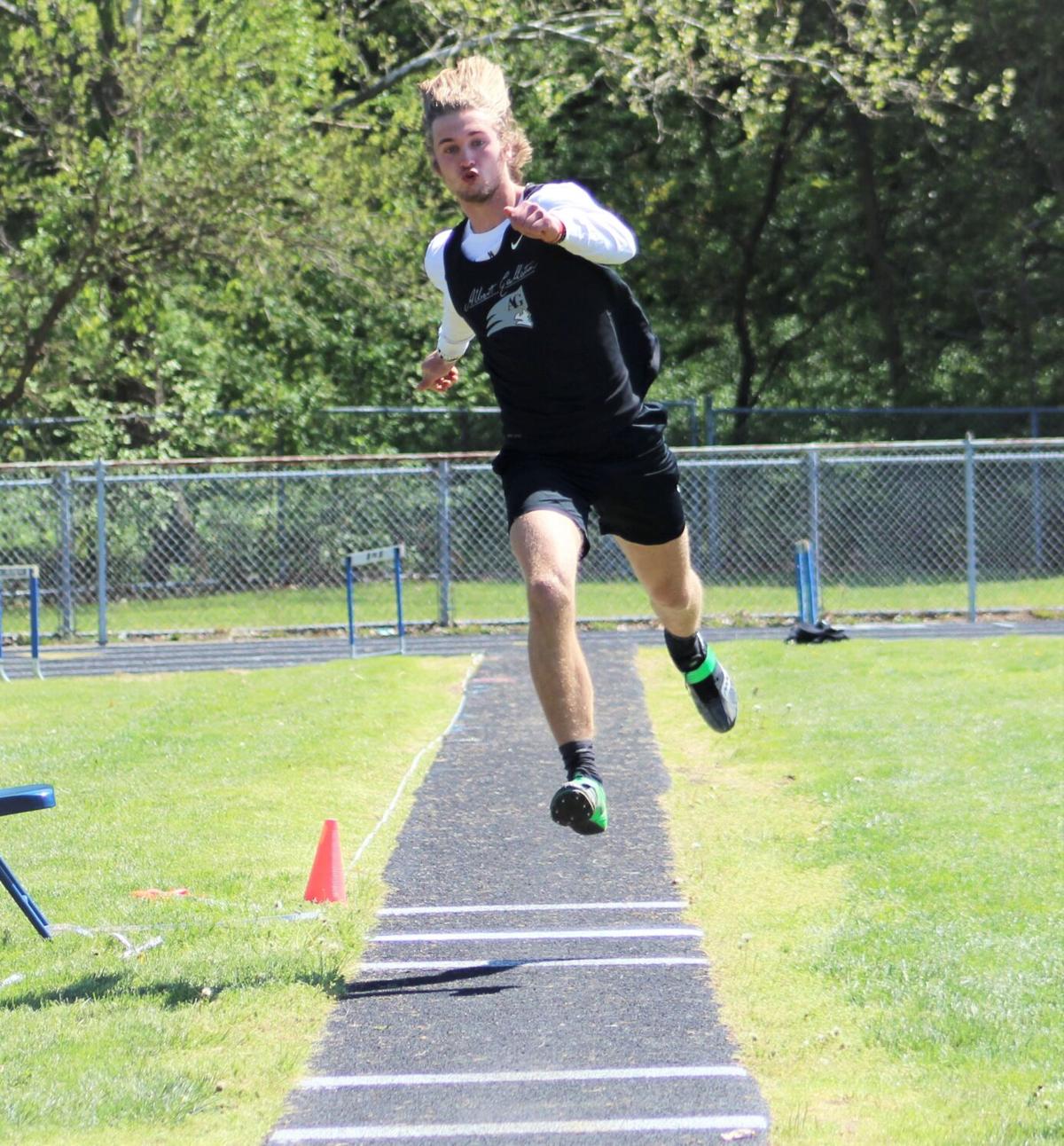 Connellsville’s Ky’ron Craggett (right) leans over the finish line ahead of Laurel Highlands’ Kolby Livingston (left) to win the 100 in Saturday’s FCCA Track & Field Championship held at Connellsville Stadium. Craggette also won the 200 and was on the Falcons’ winning 400 and 1,600 relays to take Track MVP honors.

CONNELLSVILLE — The final event on the track at Connellsville Stadium Saturday afternoon was the deciding race for the Track MVP honors in the FCCA Track & Field Championship.

Ky’ron Craggette’s teammates came through for the senior to add the points he needed for the Track MVP.

So, with both runners sitting on 22½ points, the deciding points were to be had in the final relay.

The Falcons easily won the relay in 3:47.07 to help Craggette win MVP honors.

“I can’t do it with out the team,” said Craggette, adding, “It’s a good feeling. This is my last year running track.”

Craggette had a pretty simple approach to his events.

“I wanted to win everything,” said Craggette.

Fabrycki won the long jump with a leap of 19-6 and covered 38-8 for first place in the triple jump. He also placed third in the 200 and was on the Colonials’ second-place 1,600 relay.

“It feels good,” Fabrycki said of winning the MVP. “This is my first time running track.

Fabrycki, a junior, decided this was the year to begin his track career.

The host Falcons won the team title with 176 points. Uniontown was second with 157 points.