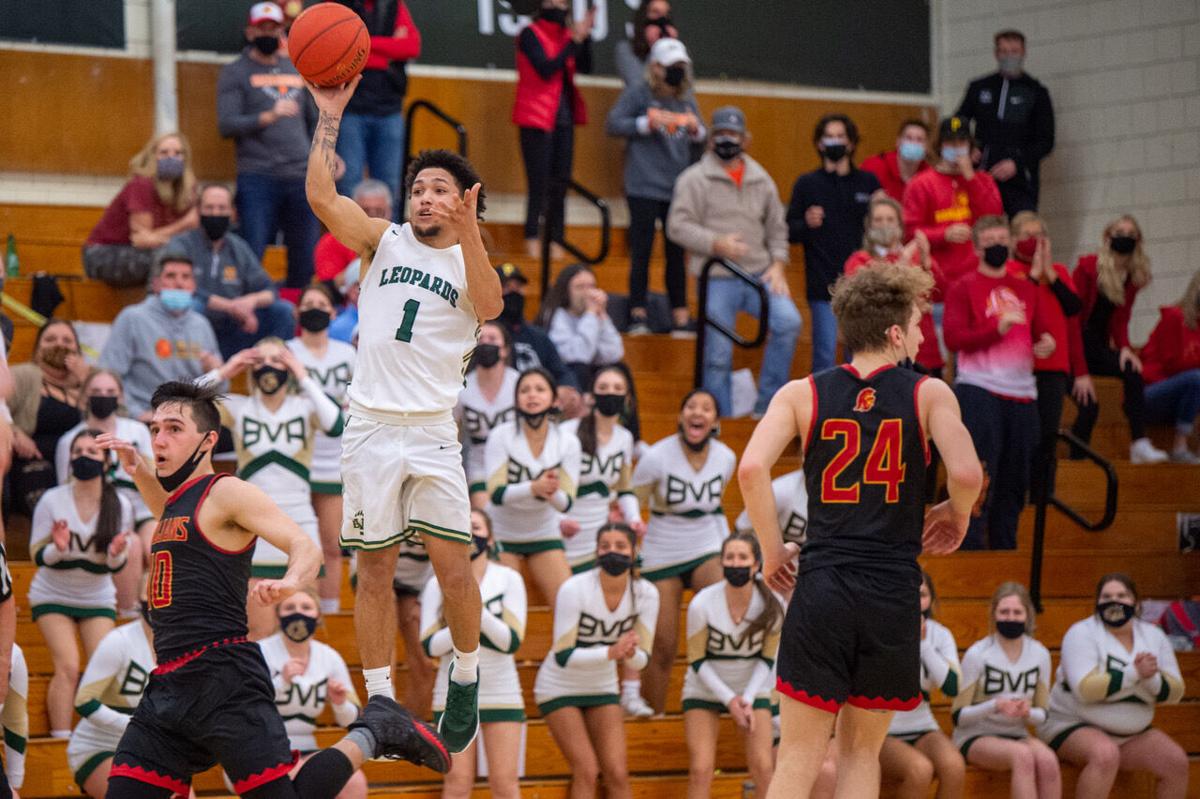 Belle Vernon’s Devin Whitlock tries to score the winning basket just before the final buzzer in Thursday’s WPIAL Class 4A semifinal playoff game against North Catholic at Belle Vernon. The long shot was off the mark, giving the Trojans a 77-76 win. 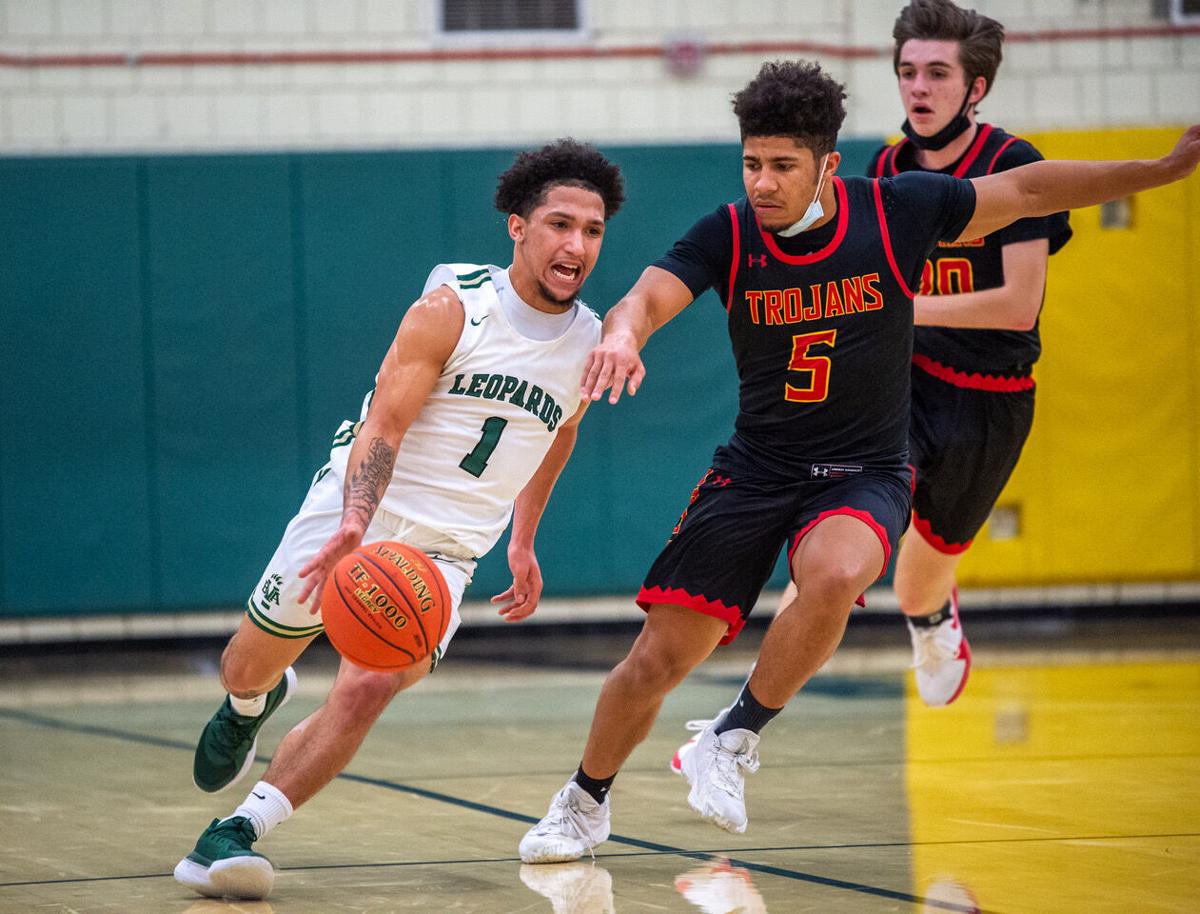 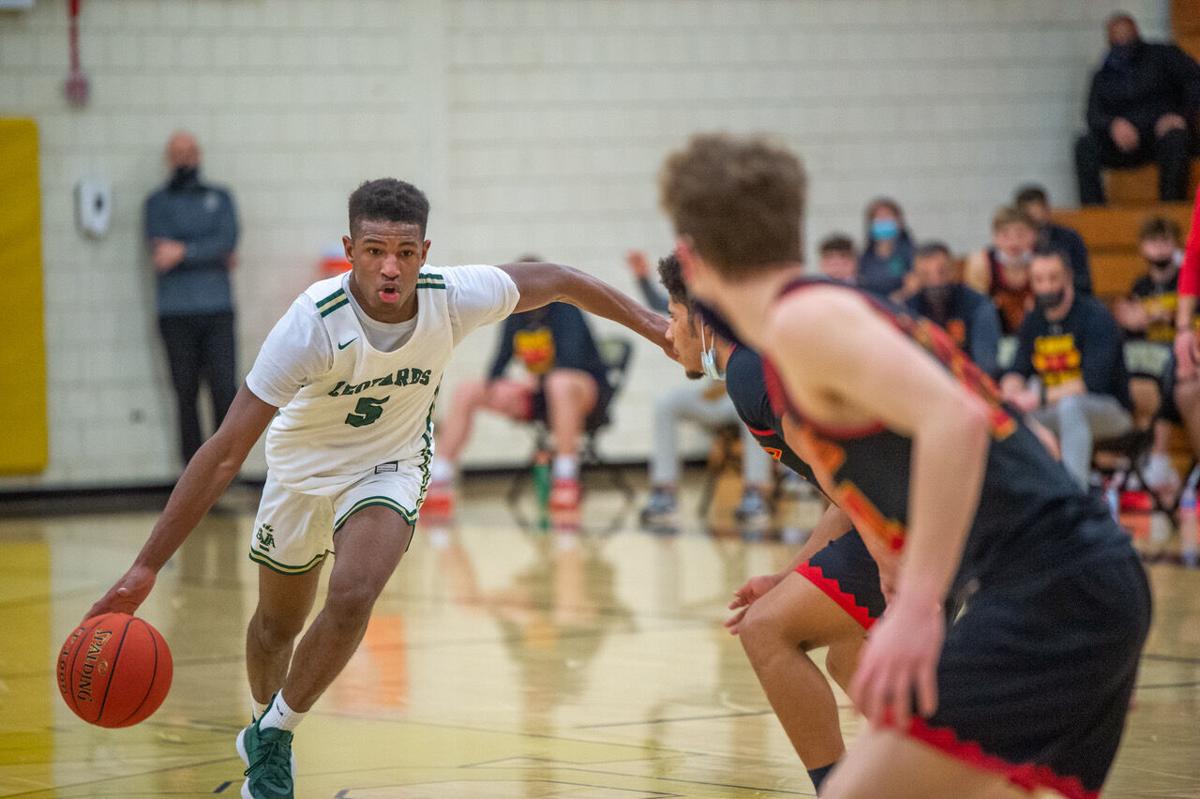 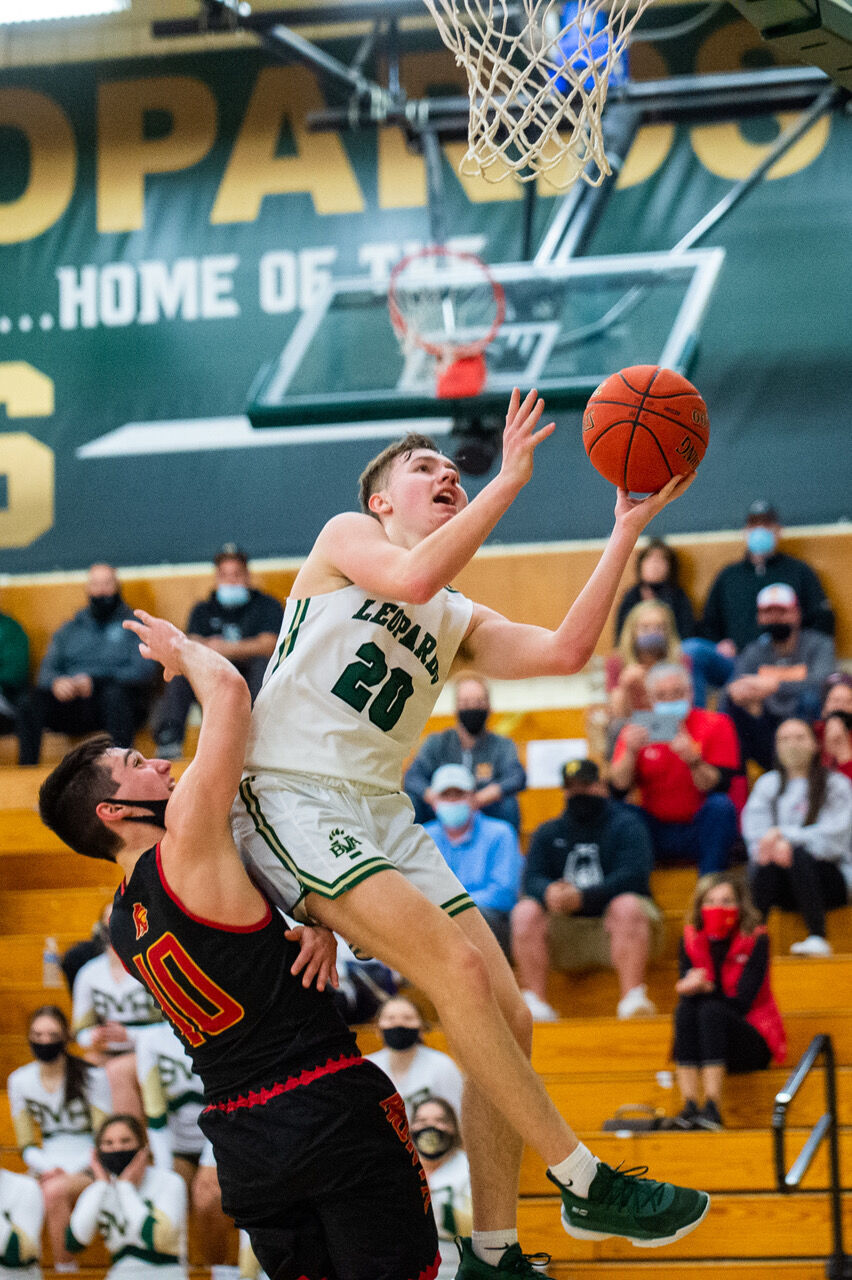 Belle Vernon’s Devin Whitlock tries to score the winning basket just before the final buzzer in Thursday’s WPIAL Class 4A semifinal playoff game against North Catholic at Belle Vernon. The long shot was off the mark, giving the Trojans a 77-76 win.

ROSTRAVER TWP. — The flowing tears, the agonizing heartache and the wrenching pain told the story.

Belle Vernon’s run at its first WPIAL boys basketball championship since 1978 came to a heartbreaking end Thursday night with a 77-76 loss to North Catholic in the WPIAL Class AAAA semifinals.

And, with only the WPIAL champion advancing to the PIAA Class AAAA tournament this season, Belle Vernon’s season came to an abrupt halt.

“It is always tough when you lose because it is one-and-done,” said Belle Vernon coach Joe Salvino. “I can’t be more proud of a group of kids that hung in there all year, were unselfish and it was part of our success as they all cheered for each other.

“I enjoyed coaching this group.”

Top-seeded Belle Vernon (13-2) led the entire way until North Catholic’s Connor Maddalon drained a 3-pointer with 7:35 remaining to tie the score at 58-58.

Then, on North Catholic’s next possession, Max Rottman drained the first of his four treys in the fourth to give the Trojans their first lead of the game, 61-58, with 7:01 to play.

Trailing 63-60 with six minutes left, Belle Vernon freshman Quinton Martin showed flashes of the ballyhoo surrounding his immense talent when he scored eight points during an 11-2 run to give the Leps a 71-65 lead with 4:17 to go.

Rottman hit his third 3-pointer with 2:06 to play to tie the score, but Jake Haney scored to give Belle Vernon a 76-74 lead with 19 seconds remaining.

The vociferous Belle Vernon faithful in the stands were rocking and the Belle Vernon bench showed its excitement.

But, in an instant, Rottman stole the collective heart from Belle Vernon as he hit his last 3-pointers with just under five seconds to go to give the Trojans a 77-76 lead.

The Leopards called a timeout with 3.8 seconds left, but they were not able to get a shot off.

Belle Vernon started the game off hot as it hit five 3-pointers in the first quarter, and the Leopards held a 32-22 lead with 5:30 to go in the half.

But, Whitlock picked up his third foul with 3:49 to play in the first half. Salvino was going to sub his star out with 2:13 to go before intermission, but the junior point guard convinced Salvino to leave him in.

The move backfired as Whitlock picked up his fourth foul with 1:04 to go in the half, and Daniel Gordon picked up his third foul 19 seconds later.

“We tried to take Whitlock out of the game and us taking the charge for his fourth foul was a huge play,” said North Catholic coach Dave DeGregorio. “He wasn’t the same player after picking up his fourth. No one is.

“They could not get up and press us like they wanted after his fourth foul and we were then able to get to the rim.”

Salvino spoke about how Whitlock adjusted his game in the second half because of the four fouls.

“Devin knew if he picked up one more foul, he would be sitting and he played smart,” said Salvino. “I don’t think he got in foul trouble all year until tonight.”

Both teams shot 13 free throws with North Catholic making eight and Belle Vernon only hit five, with Martin making four of them.

Martin scored 21 of his career-high 27 points in the second half and finished with 11 rebounds to with three blocks.

“I am looking forward to being with him as long as I can be here,” Salvino said. “He will only get better and has no clue how good he will be because he is willing to work.”

Haney closed his career with a 19-point effort and Whitlock finished with 17 points, seven assists and six rebounds. Gordon, who fouled out with 7:04 to play, had 11 points and nine rebounds.

For Belle Vernon, reality set in during the postgame talk in the emotional locker room between Salvino and his team.

“It was heartbreaking going down in that locker room and seeing Brandon Barber crying,” Salvino said, while fighting back his emotions, of the senior who rarely saw the court. “He loved everything about being a part of this, as did every player.”

Salvino, who has six WPIAL and two PIAA championships on his resume, is fully aware that he only loses Haney from his rotation.

“One of the nice things is that I have all of these kids back except Jake,” he said. “We will be back.”