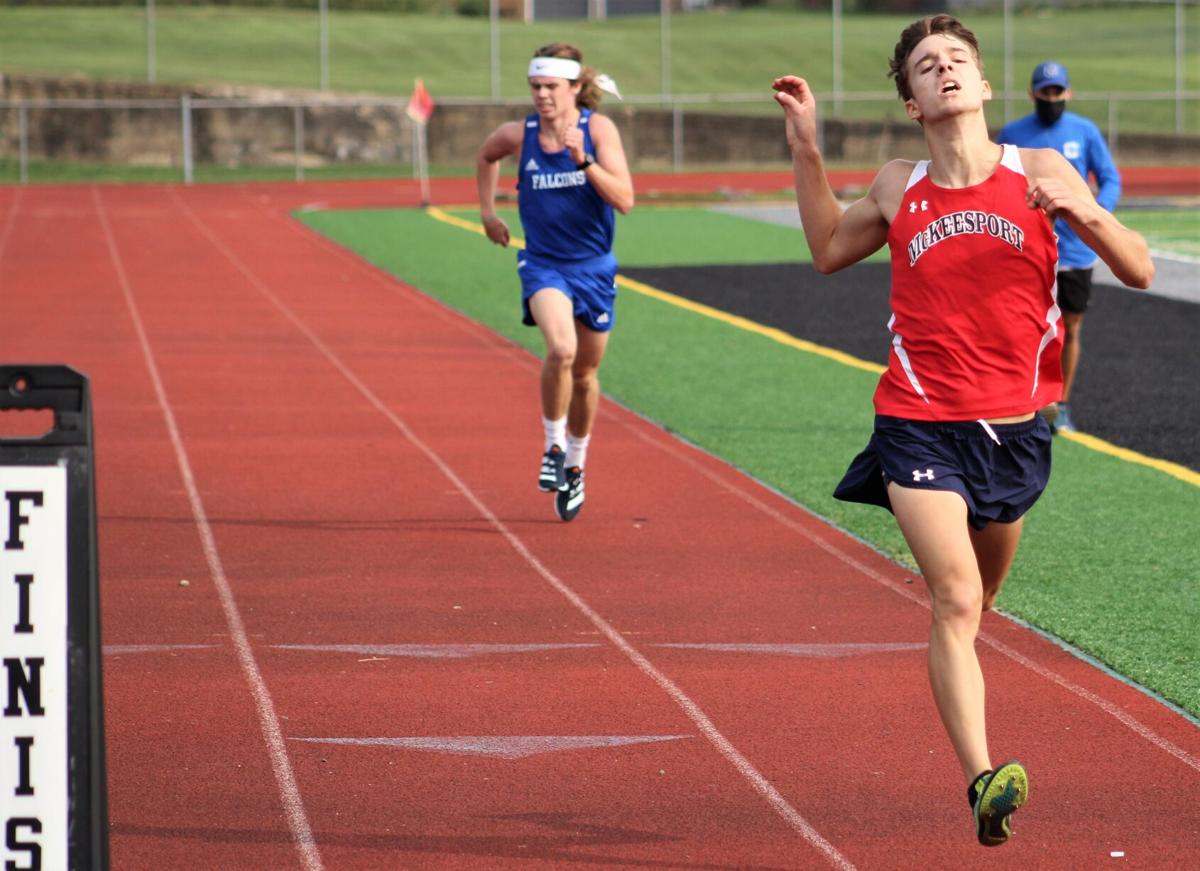 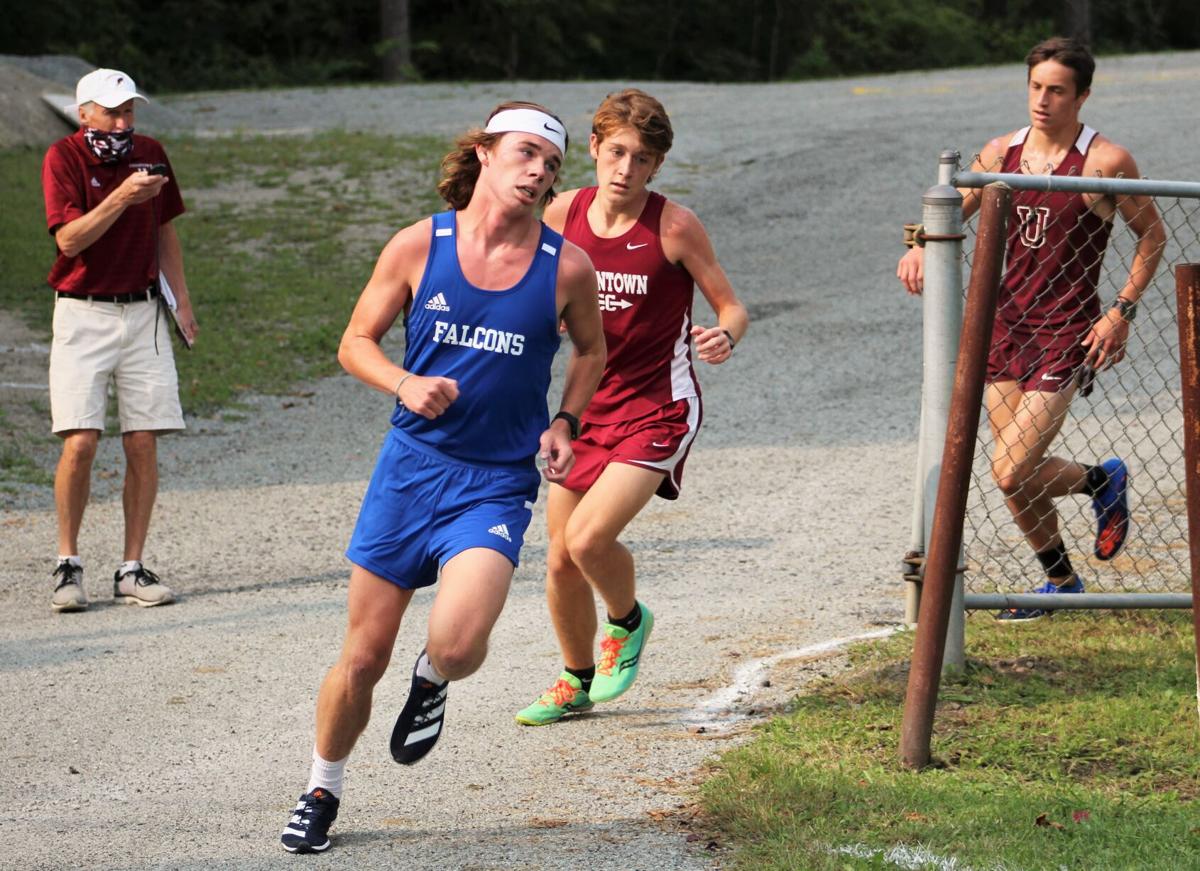 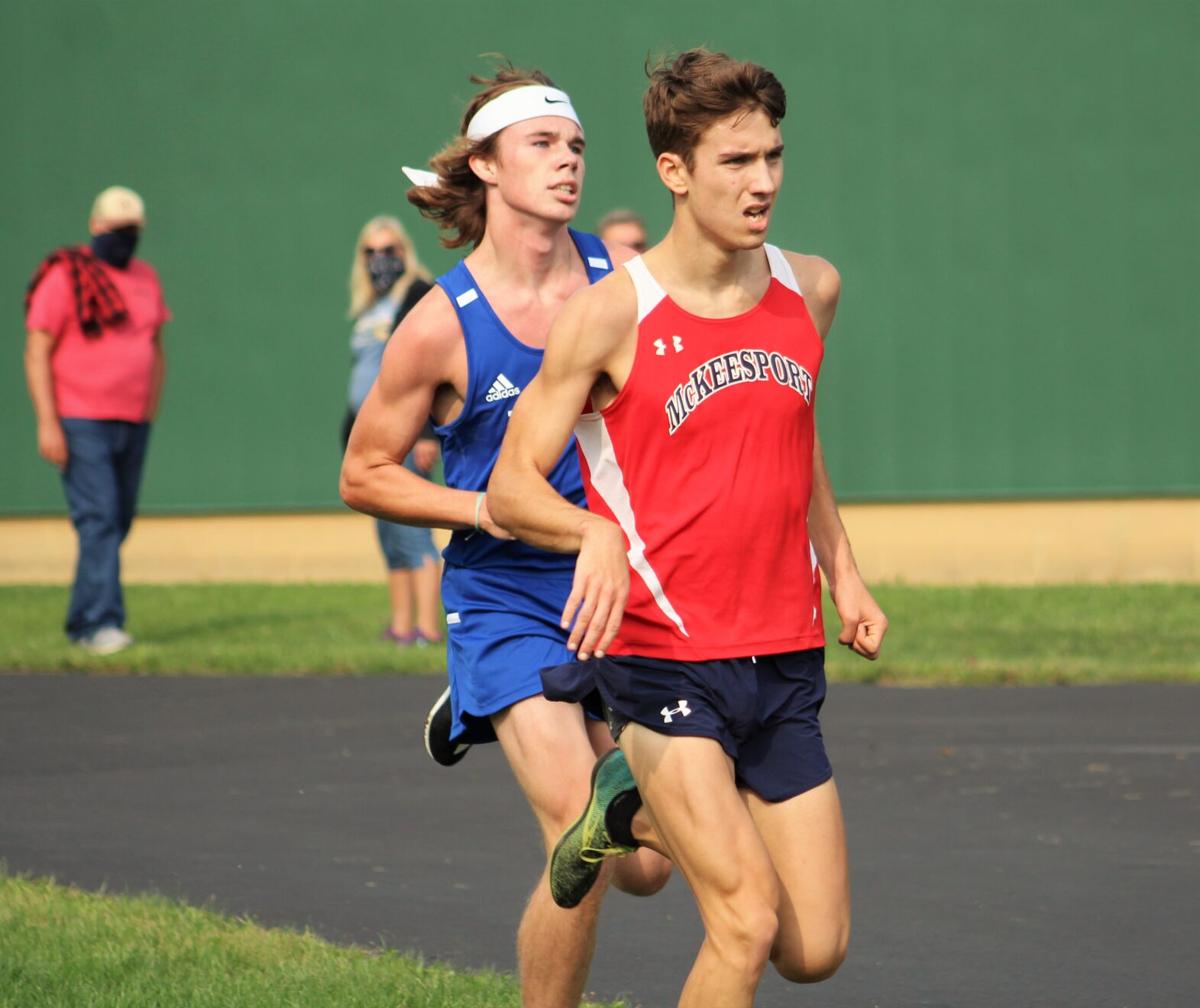 YORK RUN — Zach Bigam was ready to go with McKeesport’s Aaron Elm when he made his move with 200 meters to go, but the Connellsville sophomore’s hip popped and Elm sprinted to the line to win the opening Section 2-AAA meet at Albert Gallatin.

Elm broke the tape in 17:25, just three seconds ahead of Bigam.

Connellsville, Uniontown and Albert Gallatin will all run each other in the season-ending meet with Laurel Highlands and Ringgold.

Elm was in the middle of the pack through the first half of the race, but positioned himself up near the lead heading into the final mile.

Elm and Bigam battled one another as the two approached the final lap on the track in the stadium.

Elm edged ahead on the with about 300 meters to go, and Bigam was ready to make his final sprint when he felt his right hip pop. The sophomore held the momentum for a second-place finish.

“My hip popped out at the 200-meter mark. I couldn’t do anything,” said Bigam. “It’s been bothering me.”

Otherwise, Bigam was pleased with his effort.

“I felt good. I usually pick it up in the third mile and bring it in,” said Bigam. “(Elm) started slow last year. I figured he’d (pick it up).

Connellsville’s Ben Zavatchan broke up the Uniontown string by placing fifth with a time of 18:13.

Stewart, a sophomore, came up big in his first varsity race to lead the Red Raider contingent, though he got caught up in the excitement at the beginning of the race.

“I started out too fast. I should’ve stayed back a little,” explained Stewart. “Then, I decided to kick it in a little too late.

“On the second turn on the cone in the first lap, I had a little surge and I hit a little brick wall. When I got on the track, I got motivation.”

Stewart was trying to maintain the gap with his teammates to keep the pack intact.

“I was just trying to focus on the gap time with my teammates and to try to get a lot of points,” said Stewart, adding, “We closed out really well.”

As for his performance, Stewart said, “I think I’m taking that step to fill the void (left by graduation). Last year I was JV. Today, I think I took a big step to that.”