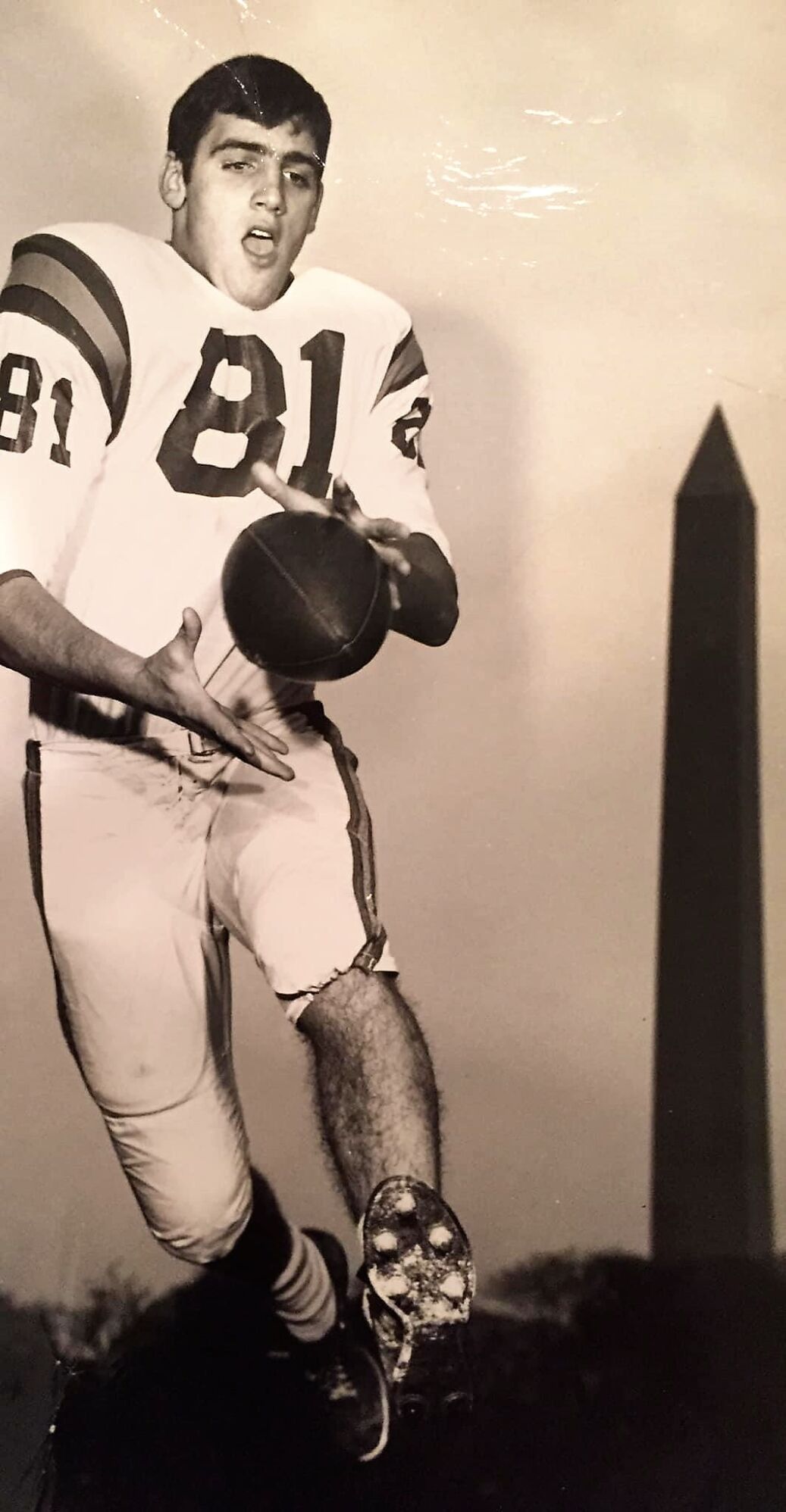 Uniontown graduate Gary Brain is shown during his playing days at George Washington. 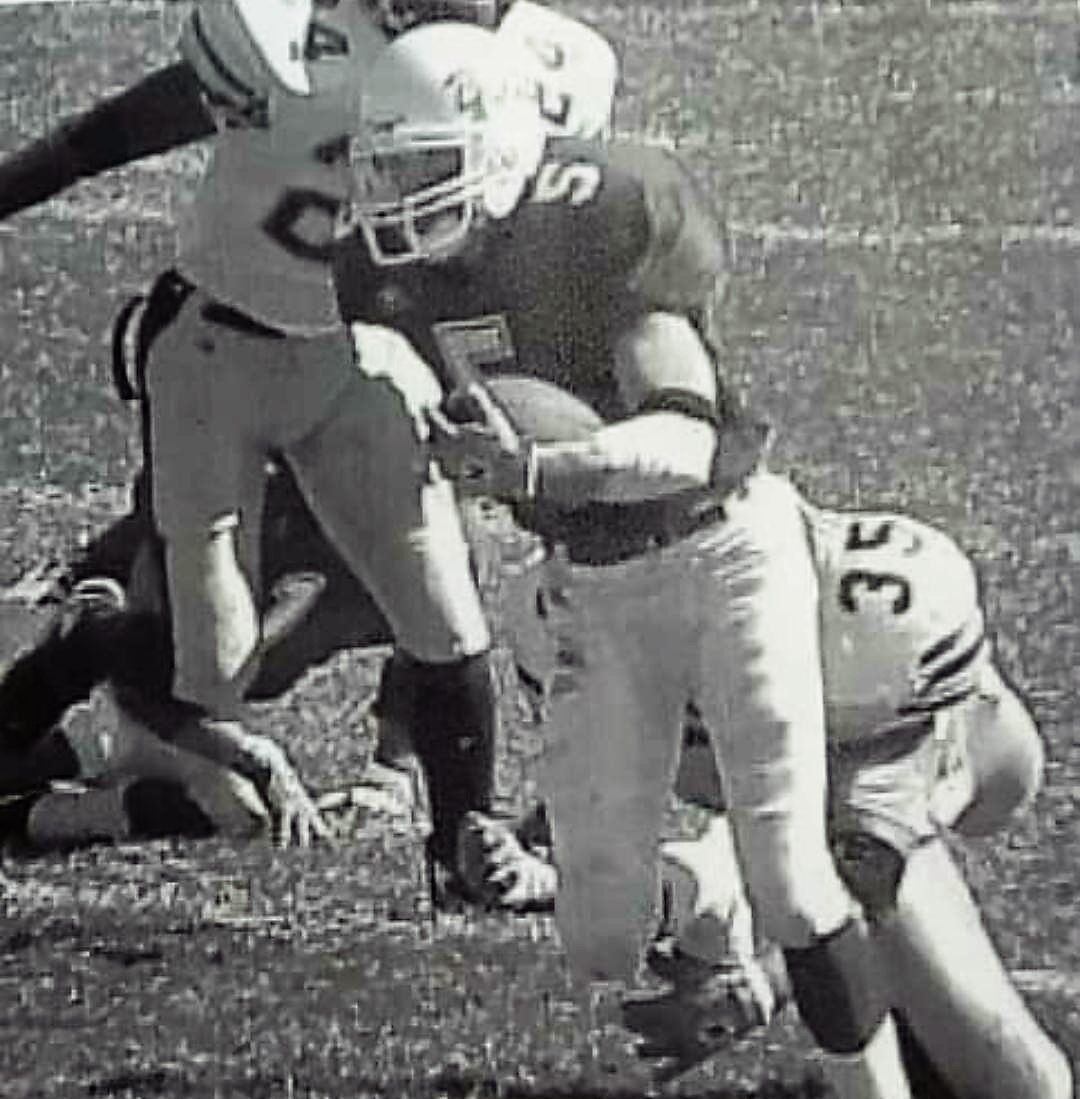 Laurel Highlands graduate Jeremy Brain is shown during his playing days at Edinboro. 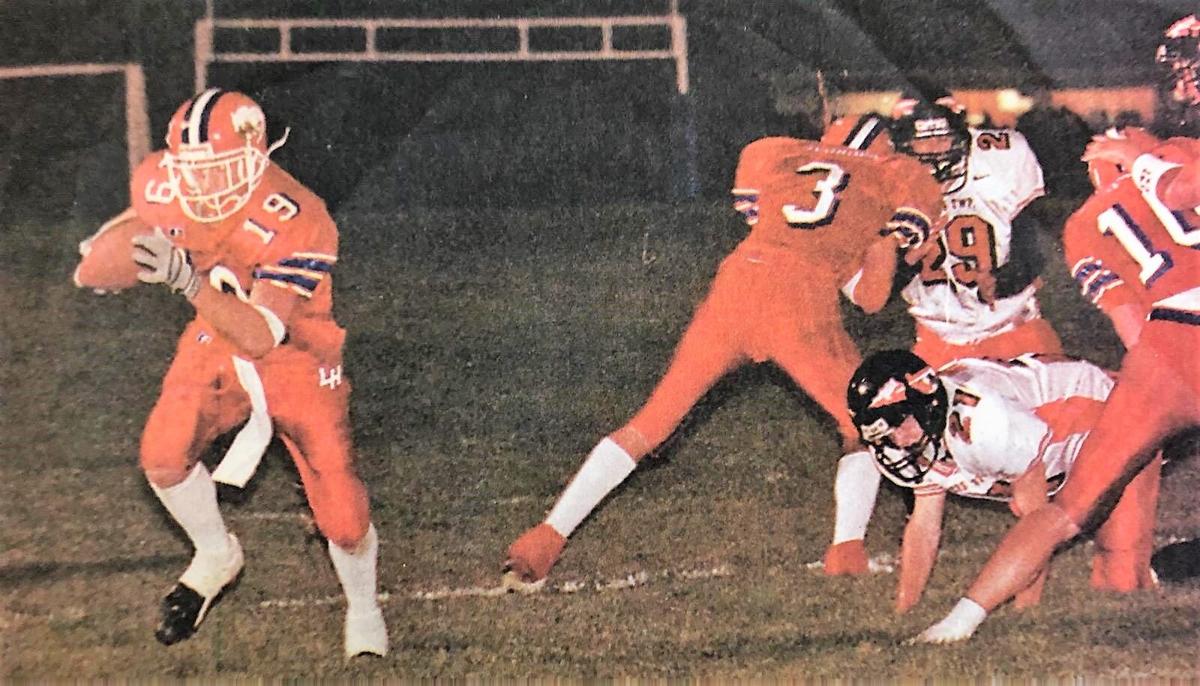 Garrett Brain is shown during his playing days at Laurel Highlands. 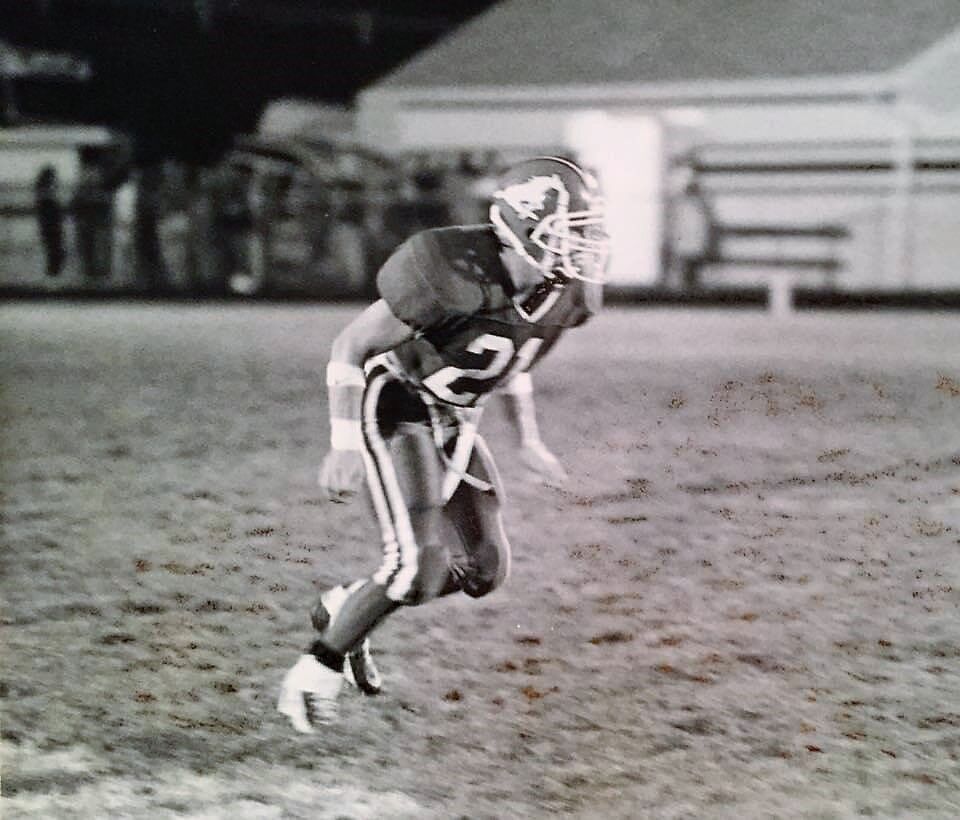 Scott Brain is shown during his playing days at Laurel Highlands.

Uniontown graduate Gary Brain is shown during his playing days at George Washington.

Laurel Highlands graduate Jeremy Brain is shown during his playing days at Edinboro.

Garrett Brain is shown during his playing days at Laurel Highlands.

Scott Brain is shown during his playing days at Laurel Highlands.

Through the years Fayette County has been blessed with many athletic families. Right at the top of the list is the Brain clan, a football family headed by its patriarch, Gary Brain, who played high school and college football and had three sons follow in his footsteps.

Brain, 75, was part of the “Golden Age” of Uniontown High School athletics in the 1950s and 1960s. He was a rugged two-way end on some outstanding Red Raider football teams.

“We were 25-2-1 from 1961 to 1963,” Brain stated. “We had the perfect storm with lineman coming from Smock and New Salem, the Ostroskys and Zimcoskys and then we had a lot of skill players from the city.”

Brain, who was All-Western Conference as a senior, sifted through some college offers before deciding to play football and baseball at George Washington University.

“I could have gone to Colgate or some state schools and then there was GW,” Brain explained. “GW had a little bit of tradition in our area, with Tom Cerul, Harry Haught, Lou DeSimone and Charley Packan. The baseball coach down there, Steve Korcheck, also was from the area. I decided to go to GW.”

Career numbers at GW for Brain were eight receptions for 130 yards and two touchdowns.

After graduating from GW, Brain returned to Uniontown.

“I graduated in business administration, but always wanted to teach,” Brain explained. “I took a couple of teaching classes, but I was not certified to teach. I got a job at Laurel Highlands as an elementary teacher. I got my certification as a teacher. I was an elementary teacher, drivers ed teacher, elementary principal, high school principal, director of secondary education and finished up as superintendent. I was there 43 years until I retired.

“They were never pushed into it, but they were always around it. One of my favorite stories was when we were playing Johnstown when Jeremy was playing and Garrett, the youngest one, was the ball boy. We were losing to Johnstown 12-0 late in the game. Jeremy caught one touchdown pass and made it 12-7 and real late in the game Jeremy catches another touchdown pass from Jimmy John and puts LH ahead 13-7. But when he caught the pass Garrett was standing as the ball boy in the end zone and Jeremy caught the TD pass and flipped it to Garrett. That is a great memory.”

“When I was growing up I knew my dad was part of something special at Uniontown,” Jeremy Brain said. “He had me around it and it helped him get an education and it was something that appealed to me, and cousin Josh played at Uniontown. Dad didn’t put pressure on us to play, I probably hounded him too much because I wanted to play. I loved football and I love it to this day.”

Jeremy Brain finished his LH career with 94 career receptions for close to 1,400 yards, a record that Chad Livingston broke. He played college football at Edinboro and had a nice career.

“First year I was up there I red-shirted and we won the Pennsylvania Conference,” Brain said. “I started as a red-shirt freshman and a sophomore. I lettered all four years.”

Jeremy, who is single, coached at LH for two years and then taught in Maryland for six years. He returned to Uniontown and has been teaching there for 15 years.

The middle son, Scott, was a halfback and defensive back during his days at LH.

“My sophomore and junior year Jeremy and I were on the same team,” Scott Brain recalled. “That was a dream come true, I couldn’t write it any other way. Jeremy and Garrett got my dad’s height, I was about 5-foot-5 and I got a few carries on offense, but I primarily was a cornerback. I also did some kick returns and special teams. I started all three years at cornerback.”

Gary Brain was on the coaching staff and that was special for his sons.

“Organically it felt really good to have your father there,” Scott offered. “He believed in all the elements of football and that character that you get from it and what it can do for you. What it does in terms of work ethic later in life. That differentiates me in everything I do.”

After LH Scott played at Duquesne, but his college career was cut short because of injury.

“I completely tore my ACL which they didn’t know at the time, they thought I had torn my PCL.” Scott explained. “I came back too fast and broke my ankle and walked away from football, but not sports. I got into coaching and I’m still coaching today, but a different sport. I coached football at Pittsburgh Central Catholic under Art Walker and I coached under Pat Monroe at Duquesne City School District and I coached at LH and was assistant strength coach at Duquesne University and was briefly GM of the Pittsburgh Colts semi-pro team.

“I’m in Alexandria, Virginia and I’m a school psychologist and I was an amateur Thai boxer and I coached high level amateur kick boxers.”

Now, 43, Scott has been married for nine years to his wife Denise and they have a two-and-a-half year old son, Marcel.

“Football is all I knew as a young kid with the age difference between me and my two brothers and, of course, with my dad playing and coaching football,” Garrett stated. “I had the luck along with the enjoyment of being part of that program at Laurel Highlands. I was a ball boy and water boy and eventually got to play. I was always around football.”

Garrett continued his football career at Washington & Jefferson. He was on a squad that posted a record of 9-3 in 2002 under coach John Banaszak. Mike Siranni replaced Banaszak and the Presidents went 9-2 in 2003, 12-1 in 2004 and 9-2 in 2005. Brain’s teams experienced tremendous success, claiming two conference championships and making three appearances in the NCAA playoffs.

The 2004 squad remains one of the most successful teams in school history after winning its first 12 games during a run to the national quarterfinals. W&J defeated Bridgewater (55-48, OT) and Christopher Newport (24-14) in the first two rounds of the 2004 NCAA playoffs. They lost to Mary Hardin Baylor 52-16.

“I was pleased with my career at W&J,” Garrett said. “I lettered for four years and started off and on and I got a great education.”

After graduating from W&J, Garrett bounced around to several jobs and is now working for Arison Contracting.

Now, 38, Garrett has been married for two years to his wife Amy and they are expecting their first child in December.

Another note, Gary Brain has a daughter, Sara, who carried on the family athletic tradition and ran track and cross country.

“I’m so proud of the kids and what they accomplished in athletics and in life,” Gary Brain stated. “We had good family values and work ethic and I have to give a lot credit to my wife Colleen.”