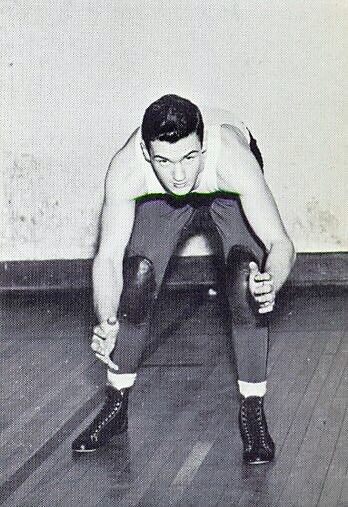 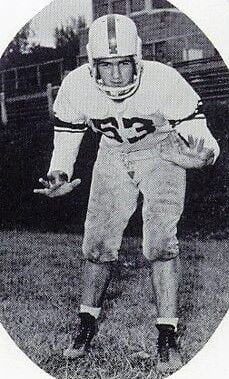 Many Fayette County athletes used athletics to further their education. One of those athletes was former German Township High School football and wrestling standout Joel Gaydos.

Gaydos was a two-year varsity letterman in football for the Uhlans in the late 1950s. He was on squads that posted records of 5-4 in 1958 and 1-8 in 1959. Gaydos was there for the changing of the old guard when longtime German coach Lou Rozzi stepped down after the 1958 campaign and was replaced by John Katusa.

“I started playing football in eighth grade and I got varsity letters my last two years in high school,” Gaydos recalled. “After coach Rozzi resigned, my senior year was a bad year. Looking back I remember two things about that 1959 season. Katusa came in and was filled with energy and he brought in a lot of new things. He brought in the lonely end that they used at Army, and Lou Rozzi’s teams were really focused on basics. We did a lot of very good line blocking and hard running. We didn’t do a lot of passing. Katusa brought in a lot of things quickly and tried to implement it and it was a little too fast.

“The other thing I remember about that season was that in August and September it was very hot and very dry. My recollection is that a lot of the other teams in the area backed off on hard hitting and long practices. We never backed off and we did two-a-day practices. There were injuries and people were hurting and I think when we entered the season we were hurting and once we got into the losing mode it was a difficult situation to come out of.”

“I was actually a little taller than that,” Gaydos said. “I used to go about 185 to 190 pounds. At various times in my two varsity years I played every place on the line on offense and defense. I played middle guard occasionally, but I did not play center on offense.”

A highlight for Gaydos was catching a touchdown pass his senior year in a 33-14 loss to Uniontown.

“I did and if I remember correctly the reporter in the Uniontown newspaper pointed out that I had beaten the second team defender from Uniontown on the play,” Gaydos pointed out.

German’s big rival back in the day was Masontown.

“That was a great rivalry,” Gaydos opined. “I think in my mind it was Masontown and also Uniontown. I remember in 1958 we did beat Uniontown 12-6 and we also beat Masontown that season 40-6. That team had some great players like Bill Rutland, Murnis Banner and Sam Sims.”

Gaydos in 1959 was named as a Fayette-A-Con All-Star and was honorable mention All-County.

“We had a lot of talent in Fayette County,” Gaydos stated. “As someone coming up through German and playing, I certainly respected those players.”

Gaydos also was a three-year varsity letterwinner in wrestling on some very good Uhlan wrestling teams.

“Coach Ray Rifenberg was a fantastic wrestling coach,” Gaydos offered. “He had a lot of good wrestlers. At German in both football and wrestling I found myself constantly struggling just to keep my place on the team.

“In wrestling we had the Check brothers and one of the Vidovich boys and Joe Simon and Lefty Radosevich. I wrestled at the beginning of high school at 133 and 138 and then 154 and did most of my wrestling at 165. We were very competitive.”

When Gaydos graduated from German in 1960 he received an appointment to West Point.

Gaydos decided after a brief period to leave West Point.

“I was bothered by some things happening up there,” Gaydos said. “Things worked out well with wrestling and I made the wrestling squad. One thing that bothered me a lot was the use of food in hazing and denying food. I lost a lot of weight and when I went out for football they told me I was too light. They said you have to lose more weight and you can play 150-pound football. I didn’t want to lose more weight.

“That caused me to think about a lot of other things that I had considered and had set aside and one was medicine. I decided to make a change and coach Katusa found out about it and contacted coach Merrick at Richmond and I got a scholarship. I was at West Point in July and left shortly after the academic year started and it was before the year started at Richmond. I came into Richmond in 1960 as a freshman.”

Gaydos played freshman football with the Spiders in 1960. He was red-shirted in 1961 and he left Richmond before the 1962 season. There were six Fayette County players at Richmond at that time: Gerald Lofstead and John Vittone from Masontown, John Sheranek and Pat Britt from Uniontown and Gaydos’ former German teammate Joe Stromick.”

“That was because of assistant coach Hal Hunter who recruited Western Pennsylvania very well,” Gaydos said.

When Gaydos left Richmond he went to Medical School at West Virginia University. He graduated from WVU Medical School in 1968. In 1967 he was awarded the prestigious Edward J. Van Liere award for best paper on original research.

“After WVU I went into the Army and worked at Walter Reed Hospital as a surgical intern,” Gaydos explained. “I stayed in the Army until 1997 and retired as a Colonel.

“While I was in the Army I worked for the Department of Defense and in the late 1990s there were scares with infectious diseases and they started a program on emerging infectious diseases run out of Walter Reed. I went to work for that program in 1997 and stayed with them until 2015 and then went to Aberdeen Proving Ground in Maryland as an occupational medicine physician until I retired in 2020.”

Gaydos, 79, resides in Gettysburg with his wife of 56 years Charlotte. They have four grown children, two boys and two girls, and 15 grandchildren.