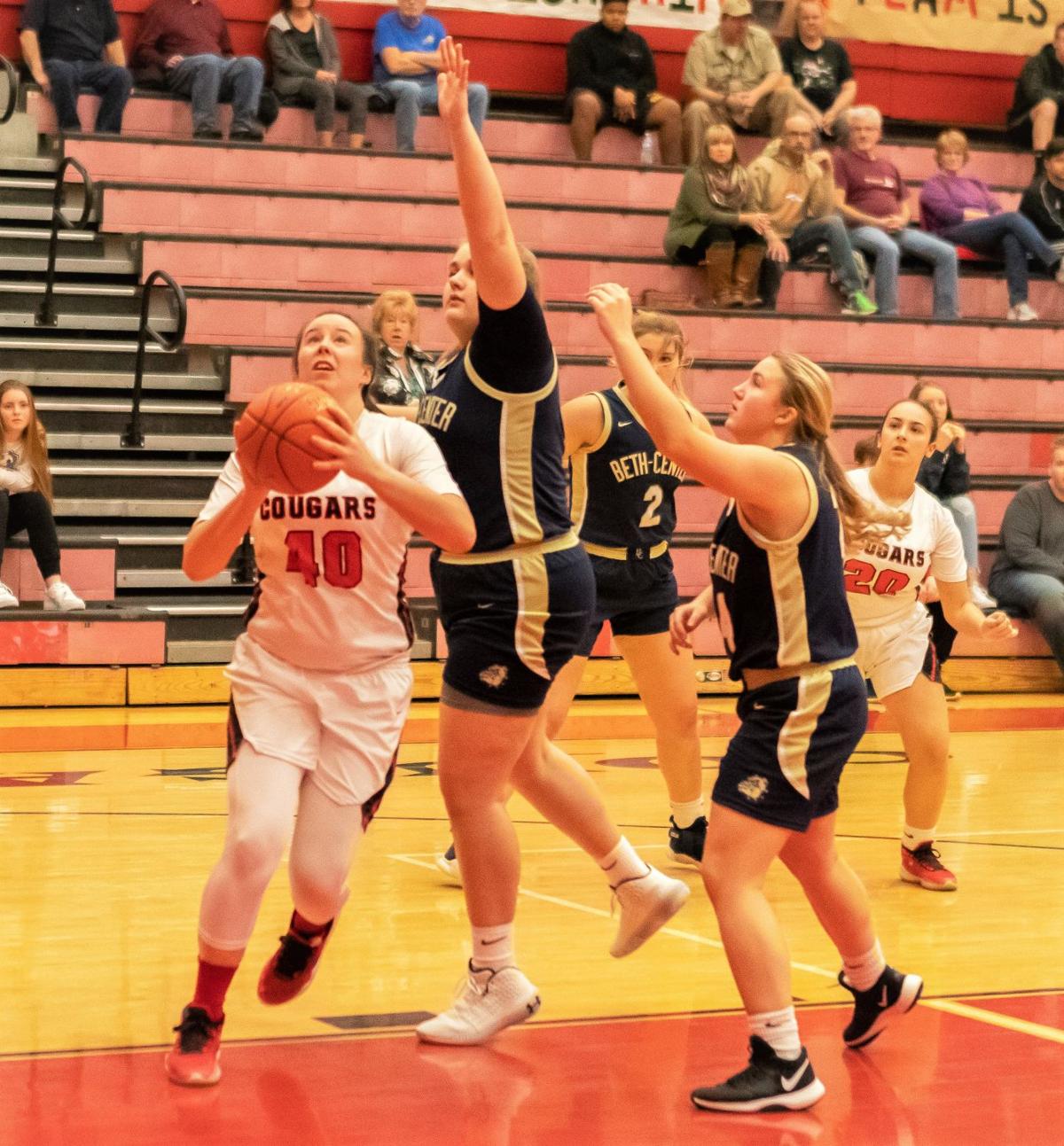 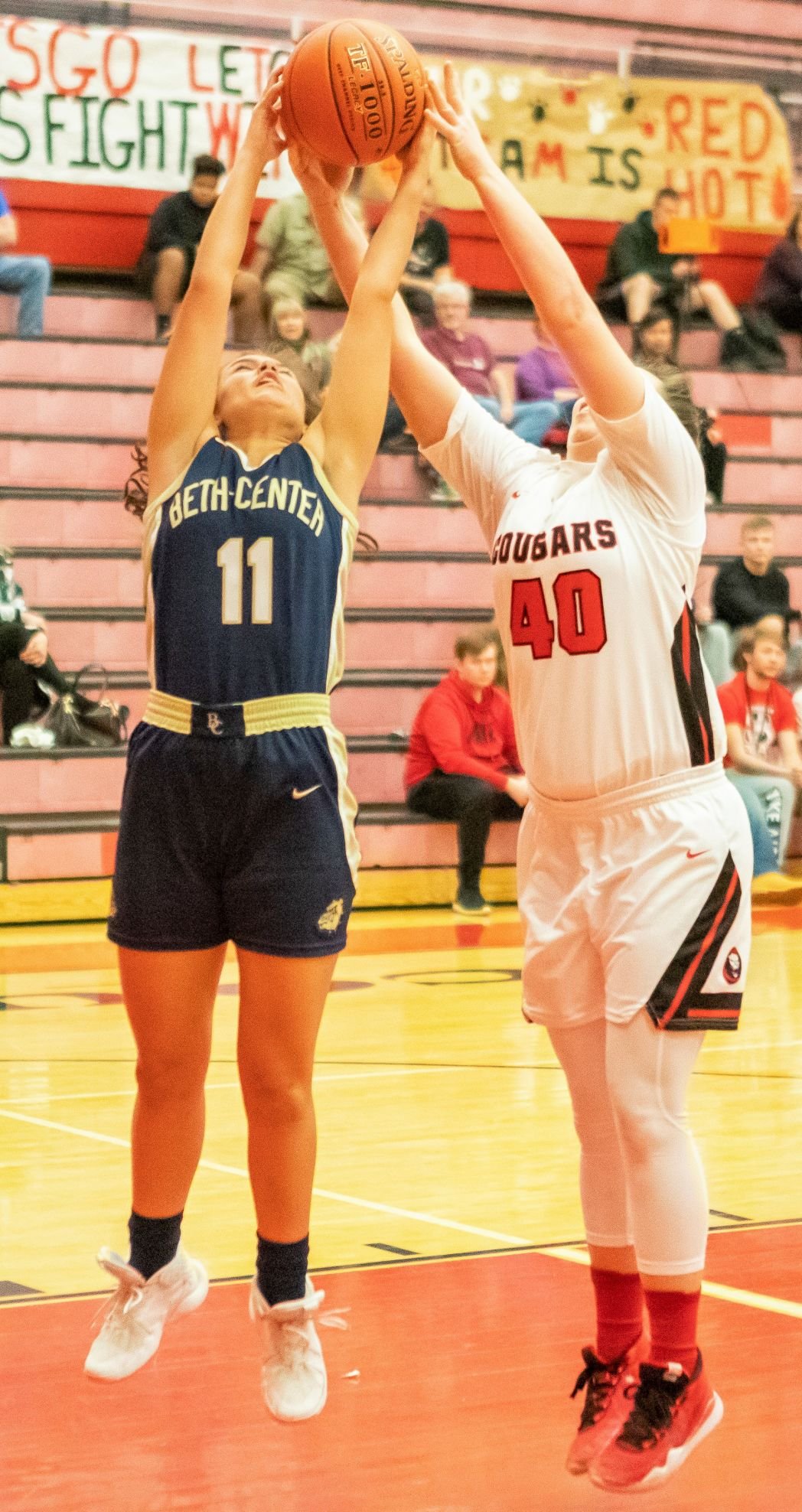 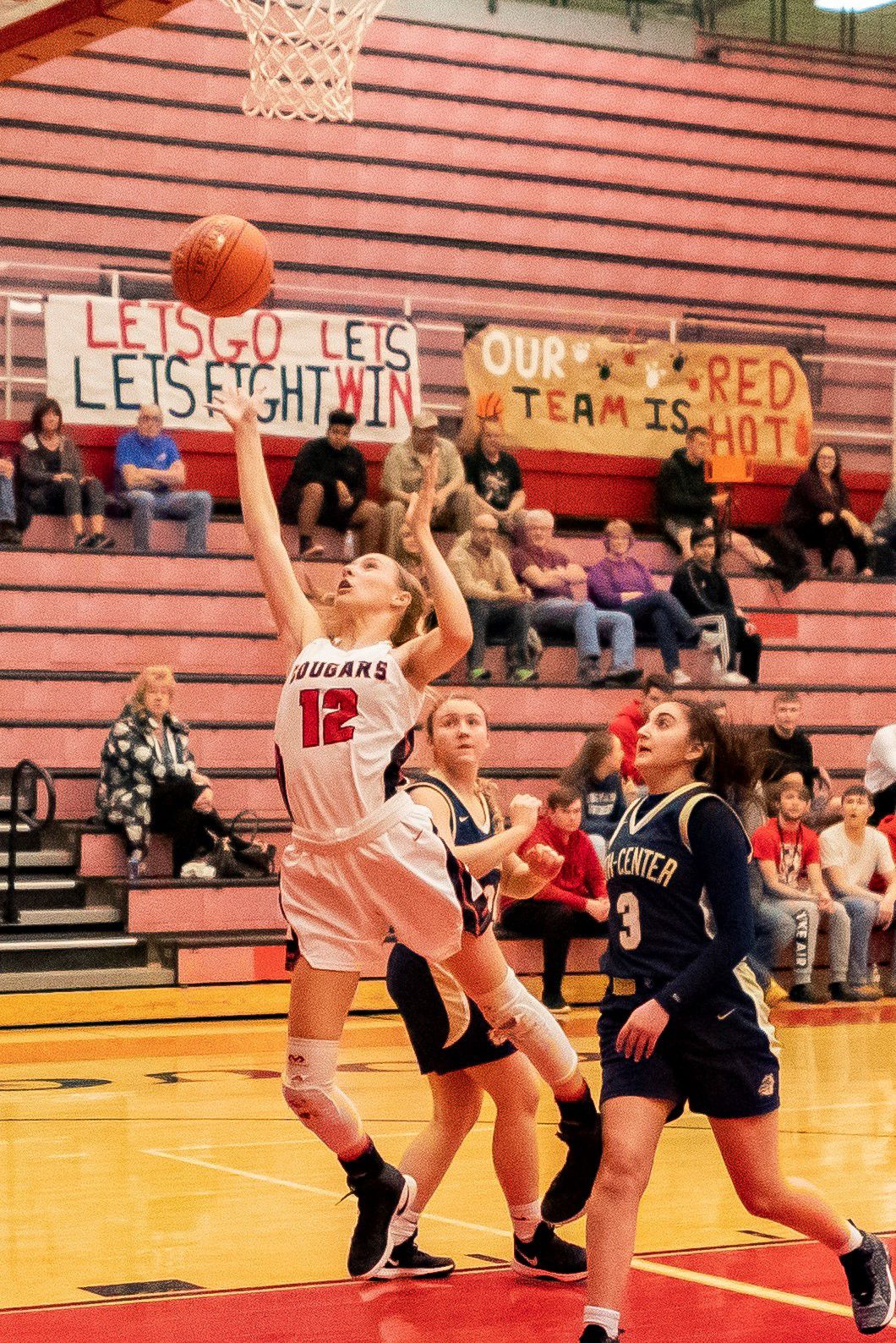 Charleroi coach Bill Wagner praised Gazi’s performance, while noting the impact of the Lady Cougars opening the game on a 16-2 run.

“Cierra can score, did a good job of that tonight and hit the boards for us,” he said. “That early run was the catalyst and we were able to make them play from behind.

“Our girls played great defense and stuck to our game plan.”

“We dug ourselves a hole in the first couple of minutes,” said Beth-Center coach Steve Beyer. “We had some looks, but missed shots and Charleroi played well with the lead.

“Second-chance points killed us and that is disappointing because we are a good rebounding team.”

Gazi scored nine points in the first quarter to pace Charleroi, but a steal and layup just before the buzzer by Olivia Greco seemed to give the Lady Bulldogs some life.

The Lady Bulldogs (2-4, 6-5) appeared to grab the momentum in the third quarter after they went on a 9-0 run to trim the Charleroi lead to 29-28 in the closing seconds of the frame, but Kaitlin Wagner hit a buzzer-beater to give the hosts a 31-28 lead going into the fourth quarter.

The basket was the start of a personal six-point stretch by Wagner that a sparked a 14-2 run by Charleroi to put the game away.

“We took a timeout to settle the girls down after they went on that run,” coach Wagner said. “Once we got back into our sets, we were able to put the ball in the basket.”

“We played well in the third, but couldn’t pull it out,” he said. “But like I told the girls after the game, we have played Charleroi once and lost.

“We have to beat them the second time and we know what we have to do in the second half of the season.”

Gazi, who entered the game averaging 7.5 points per game, was joined in double figures by Bella Skobel (14) and Wagner (10), while Anna Sloan and Maddy Hunyady shared honors for Beth-Center with 10 points each.

Charleroi heads to Brownsville for a section makeup game Wednesday and then hosts Waynesburg Central in section play Thursday. Beth-Center hosts Seton-LaSalle in a section game on Thursday.