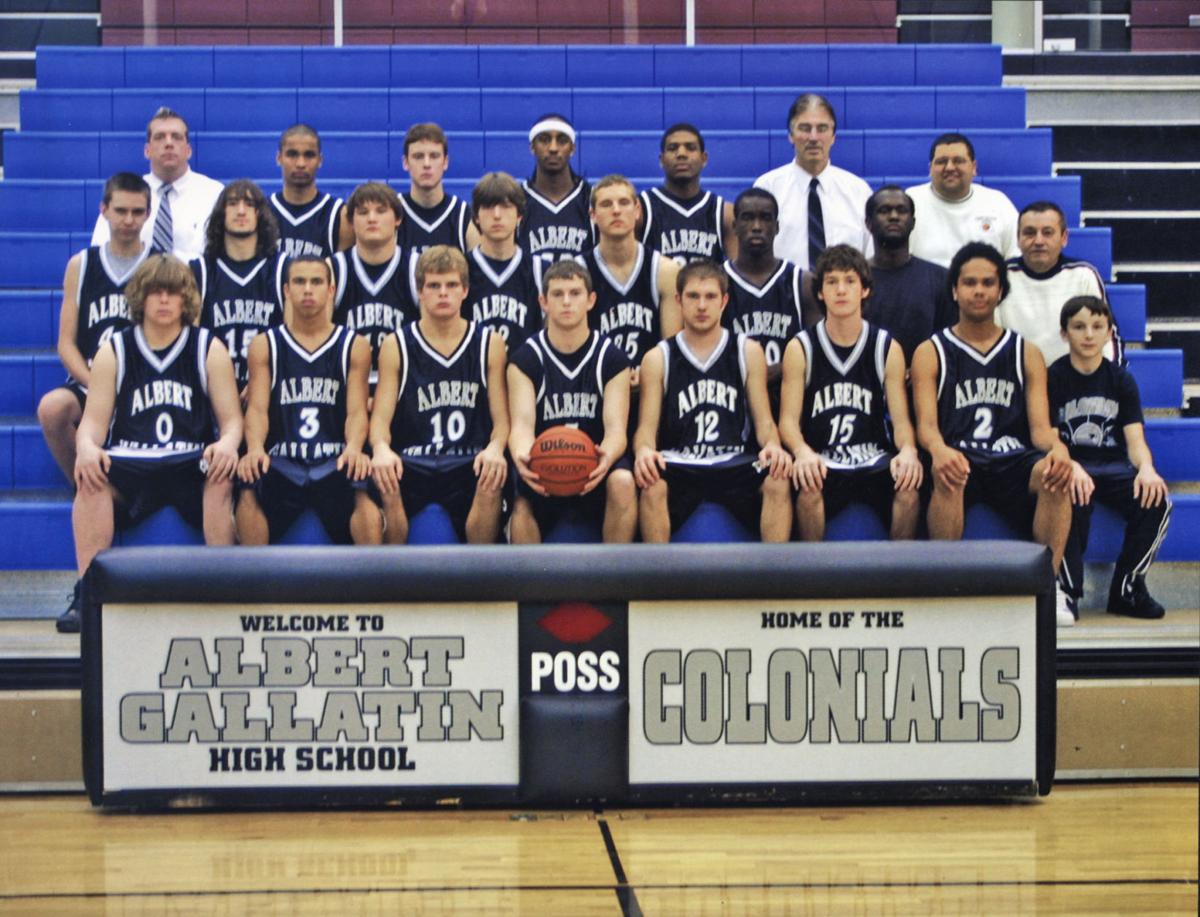 Albert Gallatin’s 2006-07 boys basketball team is the only Colonials team since the 1987 consolidation of the old Albert Gallatin, Fairchance-Georges and German high schools to reach a WPIAL championship game in any sport. 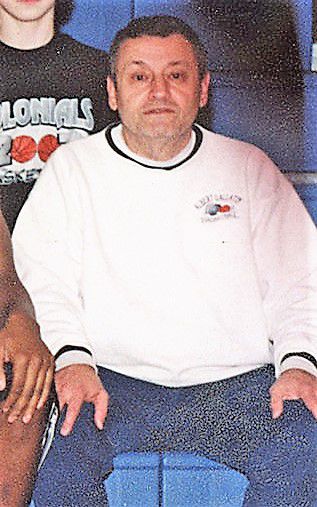 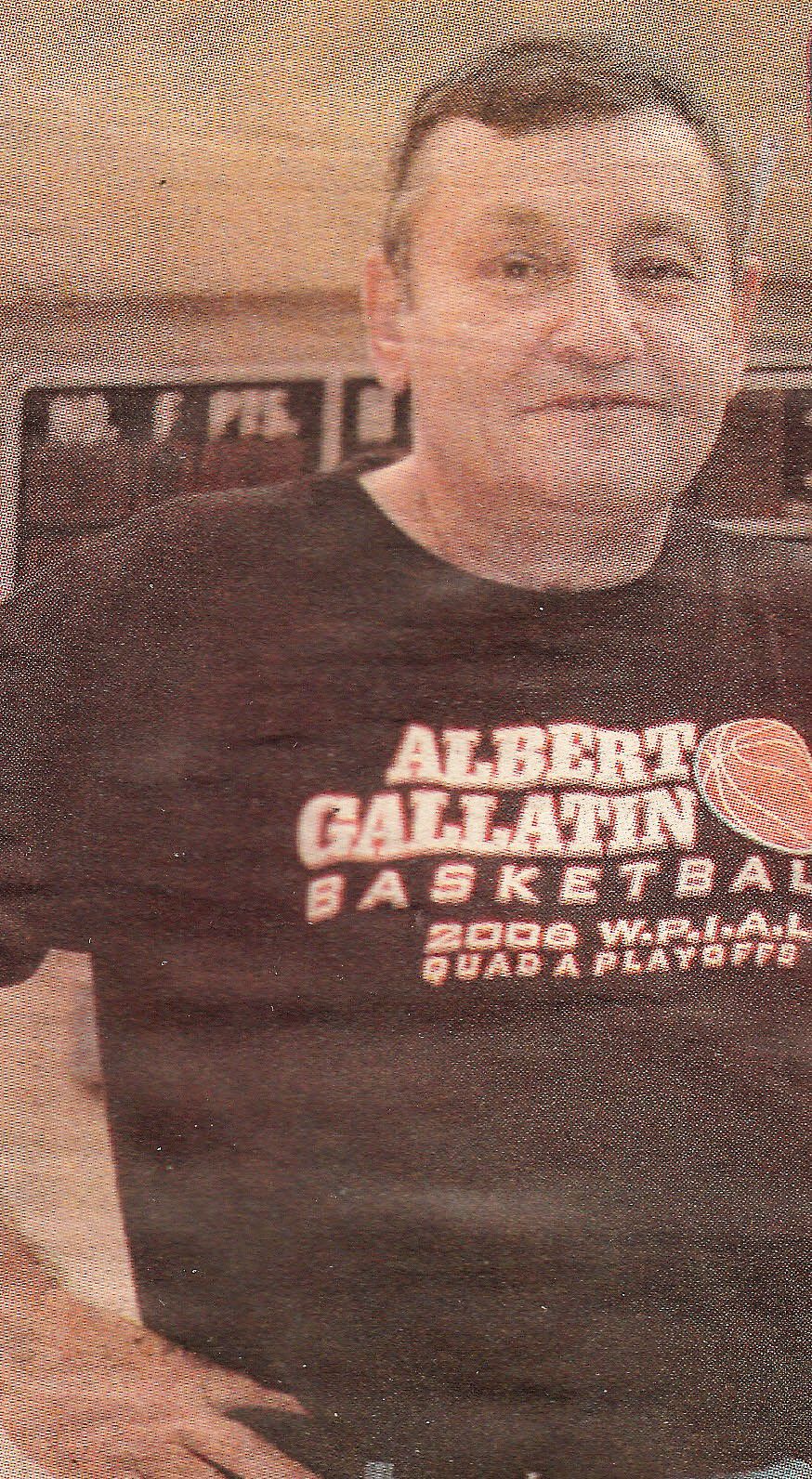 Albert Gallatin’s 2006-07 boys basketball team is the only Colonials team since the 1987 consolidation of the old Albert Gallatin, Fairchance-Georges and German high schools to reach a WPIAL championship game in any sport.

Dan Andria feels that he came along in coaching at the right time. He got to know some of the best basketball coaches to come out of Fayette County. He used the knowledge he soaked up to fashion a great coaching career of his own.

For Andria it began at Fairchance-Georges where he would spend a great portion of his career.

Andria graduated from Fairchance-Georges in 1966 where he played basketball, football and baseball.

“Baseball was probably my best sport,” Andria said. “We were best in baseball, the other sports we were middle of the road. Tamer Joseph was our coach in baseball, so we had good baseball teams. We weren’t in the WPIAL at that time, which is too bad, they had the Fayette County League.”

“I went there with an eye on becoming a teacher,” Andria recalled. “Teaching was the plan from the beginning.”

When Andria graduated from Cal. U in 1970 he got a job immediately back at Fairchance-Georges.

“At that time they really needed teachers, so I started in the fall of 1970,” Andria said.

A coaching opportunity soon presented itself.

“I never thought about coaching,” Andria revealed. “But when an assistant coaching job came open I took it and then in a couple years I was the head coach at Fairchance-Georges. I was a head coach when I was 23 years old.”

Andria coached the Runners from 1973-74 to 1974-75 and after a two-year hiatus when James Reckard was head coach, Andria coached from 1977-78 until the merger with German and Albert Gallatin in 1986-87. Andria guided the Runners to seven WPIAL playoff appearances and compiled a record of 193-96 in 12 seasons.

When Fairchance-Georges qualified for the playoffs during the 1978-79 season it was the first time in 47 years the basketball team made the postseason.

The high water mark for Andria at F-G was the 1979-80 campaign when the Runners posted a record of 28-6 and made it to the WPIAL Class A championship game where they lost to Geibel 73-56 in a game played at Laurel Highlands High School.

“That was a great group of kids,” Andria said. “Mike King, Todd Ross and Thurman King they were good kids.

“Looking back Geibel had won the state championship the year before and we ended up playing them at Cal. U. The next year we get to the championship game and who’s there? Geibel, and we had beaten them twice. That was the first time in the history of the WPIAL that two teams from the same section played in the final. It has happened since then, but that was the first time.”

Fairchance-Georges and Geibel had a great rivalry at that time.

“Geibel was a great rivalry,” Andria said. “Kenny Misiak and his assistant Bob Fedorko were tremendous, that was a big game. A lot of those kids are friends today. King and Bill Belko, all those guys had a lot of respect for each other. The gyms were always filled up for those games. It was a heck of a rivalry for about five years there.”

When the consolidation came down with Albert Gallatin, German and Fairchance-Georges Andria did not become head coach.

“Ray Trincia was the AG head coach,” Andria said. “I was against consolidation.”

“Nice run as a No. 9 seed,” Andria said. “We had some good players like Jawaan Alston and Nate Turner.”

Andria was the height of consistency during his 22 years at Fairchance-Georges and Albert Gallatin posting 17 winning seasons.

Andria spent 37 years as a teacher before retiring.

“I enjoyed teaching very much,” Andria said. “You like the kids and you try to help a kid out when you can.”

“I’m proud of that,” Andria added. “You don’t win without kids and I was lucky I had good assistants.”

“Then the Geibel coaching job opened,” Andria said. “I coached there for two seasons.

The Gators went 17-23 under Andria with two playoff appearances.

“I had good kids and I enjoyed it, but it was a good place to end,” Andria said.

Andria hasn’t given up coaching completely, he coaches the Laurel Highlands Middle School.

“I tried to never let coaching become who I was,” Andria said. “It was something I did and I liked. I was lucky, when I came into this at 23 and I’m a head coach. I was at the golden age of coaching here with guys like Horse Taylor, Lash Nesser, Misiak and Henry DiVirgilio.

“The guy that I learned the most from about coaching wasn’t a basketball coach, he was a football coach and that was Doc Franks. He motivated kids to play above their ability and I learned a lot from him.”

Andria, 71, resides in Fairchance with his wife of 51 years Billie. They have two children, Dan Jr. and Laurie, and two grand kids.