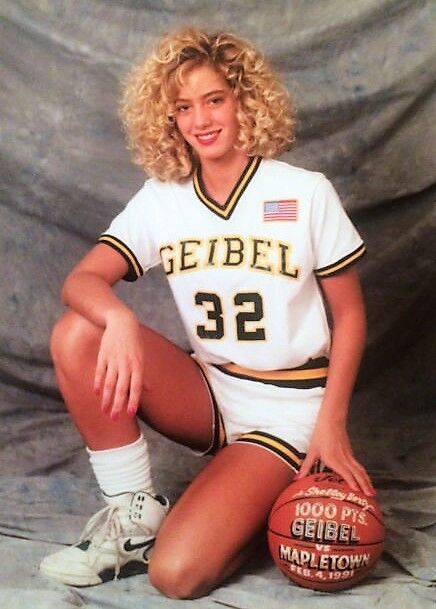 Shelley Bortz is shown during her basketball playing days at Geibel Catholic where she still ranks as the school’s career scoring leader — boys and girls — with 1,997 points. Bortz is part of the 2020/2021 class of inductees for the Fayette County Sports Hall of Fame. 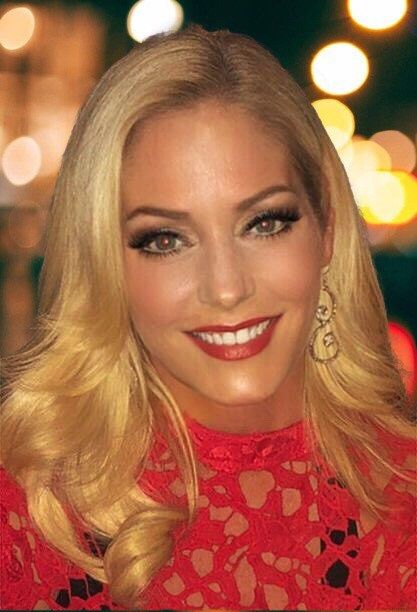 Shelley Bortz is part of the 2020/2021 class of inductees for the Fayette County Sports Hall of Fame.

Shelley Bortz is shown during her basketball playing days at Geibel Catholic where she still ranks as the school’s career scoring leader — boys and girls — with 1,997 points. Bortz is part of the 2020/2021 class of inductees for the Fayette County Sports Hall of Fame.

Shelley Bortz is part of the 2020/2021 class of inductees for the Fayette County Sports Hall of Fame.

Shelley Bortz was there when her father George Bortz was inducted into the Fayette County Sports Hall of Fame.

“Just to be able to be there for him and be part of that and witness that ... I know firsthand how great of a coach my dad was,” Shelley said.

Now Shelley will join George in that Hall of Fame as they become the first father-daughter duo to be enshrined.

Shelley Bortz is one of 13 members of the Fayette County Sports Hall of Fame Class of 2020-2021. She and the rest of the inductees and representatives will be recognized at a Hall of Fame Golf outing/Luncheon/Social starting at 9 a.m. on June 25 at Pleasant Valley Golf Club in Connellsville.

There is one father-son duo in the Hall of fame, that being Gene Franks Sr. and Donald “Doc” Franks. Shelley Bortz is proud to be part of the first father-daughter combination.

“It is special,” she said recently while discussing her induction on George Von Benko’s Sports Line Talk Show on WMBS Radio. “My dad was inducted twice. Once for his team at Geibel and the other for himself personally. I will argue to the end that there is no one better than him, not because he’s my dad but I just believe that.

“Now, for him to be able to be a part of me being inducted, I can’t tell you how much that means to me. I get chills just thinking about it. It’s just very, very special for me and I hope it is for him, too.”

Shelley Bortz is a 1992 Geibel Catholic graduate who scored a school-record 1,977 points in basketball for the Lady Gators while also accumulating over 1,000 rebounds. She led the WPIAL in scoring with 27.2 point per game, was named the WPIAL Class AA Player of the Year and was selected to play in the Roundball Classic her senior year. She was named all-section three straight seasons.

Bortz went on to play at Gannon University where she scored over 600 points despite being severely injured in a horrific automobile accident on April 1, 1994, after her sophomore season.

Bortz was amazed when she learned she was the leading vote-getter among this year’s class.

“There were a lot of people I felt more worthy of this than myself,” she said. “That just really took me by surprise.

“It’s truly an honor to be part of this wonderful class this year.”

Bortz commended the Hall of Fame for honoring local athletes.

Bortz led Geibel to consecutive appearances in the WPIAL championship game as a junior and senior. Both resulted in losses, 63-60 to St. Francis Academy in the Class A final in 1991 and 59-42 to Serra Catholic in the Class AA final in 1992. Bortz scored a then finals-record 35 points in the 1991 game.

“I remember that game,” Bortz said. “We lost, unfortunately. It went right down to the end. That was a tough one.”

Bortz did have a chance to play under her father.

“He was my assistant coach,” she pointed out. “My junior and senior years we made it to the finals and we lost both games. My dad was named the head coach the following year. He went on this run of championships (four in a row). I said, ‘Yeah, you had to do it when I’m gone!’ I always tell him I set him up for that.”

Shelley Bortz’s induction is for far more than her accomplishments on the hardwood. Her battle back from the automobile accident is a true testament to her courage. A letter from Doug Zimmerman, her basketball coach at Gannon, pointed that out and extolled her virtues in pushing for her induction into the Hall of Fame.

“I just actually spoke with my coach a couple days ago just to thank him again and let him know that I was inducted and to thank him for his kind words,” Bortz said.

“I never felt worthy. I had a great high school career, went on to college and it wasn’t what I had hoped. Then when I read the letter my coach had sent ... it kind of put it in perspective.”

Bortz recalled the 1994 accident that changed the trajectory of her college career after successful freshman and sophomore seasons.

“Who knows what the future would’ve held for me?” Bortz said had the accident not occurred.

She was a passenger in a car that was broadsided by a 16-year-old driver, resulting in not only her injuries but the tragic death of her friend and teammate Kerri Welc, who was a Mount Pleasant graduate.

“I was injured, I was in a wheelchair for three months, the doctors didn’t think I would walk again let alone play basketball again,” Bortz said. “My best friend Kerri Welc, she played basketball with me at Gannon, she was a couple days shy of her 19th birthday.

“I think her memory, our relationship, our friendship, really helped me persevere because I know what she would’ve wanted. She was a fighter, too, a great basketball player, and an even better golfer. I just know that she wouldn’t want me to give up. She’d have wanted me to move forward.

“Then a year and a half later after extensive therapy I was back on the basketball court. I ended up wearing her number. That meant a lot, too.”

Bortz’s hard work and determination led to her finishing her basketball career at Gannon while also earning her degree.

“I know it could’ve been better but I was dealt the hand that I had to deal with,” Bortz said. “So I feel just coming off the tragedy, I’m not sure many people would be able to do what I did. So that makes me proud.

“I think that really embodies what it means to be a Hall of Famer and my coach kind of brought that to my attention.”

Bortz’s passion for the sport of basketball also spurred her on in her fight to get back onto the court.

“My love for basketball really motivated me,” she said. “That was the light at the end of the tunnel. If I didn’t have basketball I don’t know how I would’ve recovered.”

Bortz has succeeded greatly in life after basketball. She is currently a reporter for WPXI, she won the Mrs. Pennsylvania pageant in 2008 and was honored as an Outstanding Alumna at the annual Geibel Catholic Mardi Gras Auction Gala in 2019.

She puts 11-year-old daughter Sydney above all those accolades, though.

“She’s the light, the love of my life,” Bortz said. “She’s turning out to be a wonderful young lady.”

Bortz, who confirmed she will attend the golf outing on June 25, admits she misses playing basketball.

“It was so long ago but I still talk about it today and wish I could go back and do it all over again,” she said.

Of all her basketball accomplishments, Bortz said her induction into the Fayette County Sports Hall of fame ranks No. 1.

“This is top-notch for me,” she said. “This is the best that it gets.”