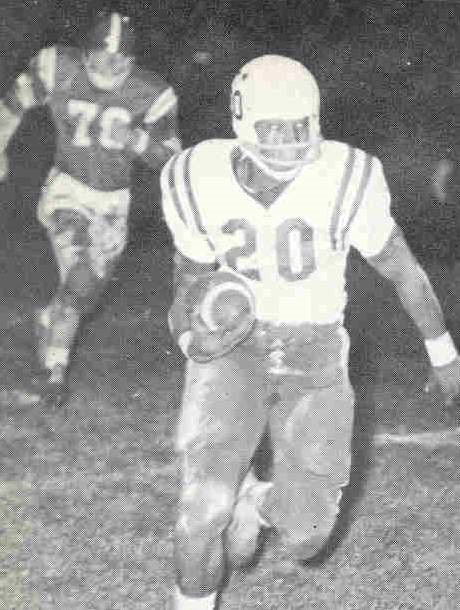 Wilfred Minor is shown during his football playing days at Uniontown. Minor, who was part of Red Raiders WPIAL championship teams in football and basketball, is part of the 2020/2021 class of inductees for the Fayette County Sports Hall of Fame. 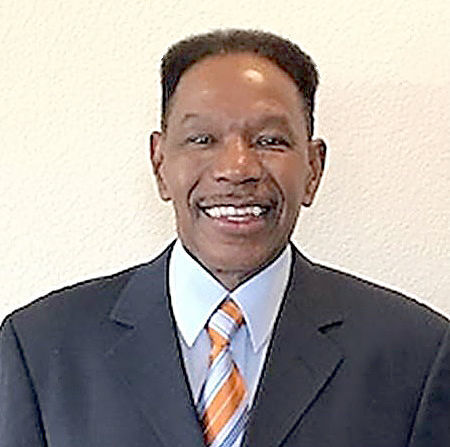 Uniontown football and basketball star Wilfred Minor, who died at age 71 in 2020, is part of the 2020/2021 class of inductees for the Fayette County Sports Hall of Fame.

Wilfred Minor is shown during his football playing days at Uniontown. Minor, who was part of Red Raiders WPIAL championship teams in football and basketball, is part of the 2020/2021 class of inductees for the Fayette County Sports Hall of Fame.

Uniontown football and basketball star Wilfred Minor, who died at age 71 in 2020, is part of the 2020/2021 class of inductees for the Fayette County Sports Hall of Fame.

The late Wilfred Minor was an outstanding two-sport athlete at Uniontown who went on to have a stellar career as an educator as well.

Minor is part of the 2020-2021 class of inductees for the Fayette County Sports Hall of Fame. The inductees and representatives will be recognized at a Hall of Fame Golf outing/Luncheon/Social starting at 9 a.m. on June 25 at Pleasant Valley Golf Club in Connellsville.

Minor, who graduated in 1966, was a part of some great football teams at Uniontown and quarterback the Red Raiders to the WPIAL Class AA championship in 1965 with a 14-7 win over a powerful Butler squad at Pitt Stadium.

“I remember my freshman year in Wyoming and coming back for that game to watch them defeat Butler in Pittsburgh,” said Huey who spoke about Minor, along with Andre Shaw, recently on George Von Benko’s Sports Line Talk Show on WMBS Radio.

“Ray Gillian, Trip Radcliffe and Wilfred and the Parsons (Ray Parson and Ed Parson) and all those guys on that football team, it was just a great experience,” Huey said.

Considered one of the state’s all-time best teams, the 10-0 Red Raiders earned the highest numerical index ever in Dr. Roger B. Saylor’s Pennsylvania scholastic football ratings.

Minor, who shared quarterback duties with Ray Stephens before taking over the starting job his senior year, suffered only one loss in his Uniontown football career.

In basketball, Minor played a major role on some great Red Raider teams. He played JV ball as a sophomore on a team that went 18-1. He started for the varsity his junior year on a team which stretched a program winning streak to 52 before losing to Aliquippa in the playoffs.

Minor helped lead the Red Raiders to a WPIAL championship his senior year with an 81-63 victory over McKeesport. Uniontown lost to the Kenny Durrett-led Schenley team in the PIAA Western Finals, 71-67 in double overtime, in a legendary battle.

Minor suffered a serious head injury due to a fall against Monongahela that season but returned to play in the playoffs wearing a helmet.

“I remember seeing photos of that and people telling me the story about how he became injured,” Huey recalled. “It was just a harrowing experience. He could’ve lost his life. But in true spirit and form, Wilfred bounced back from it.”

Minor was recruited by Ohio State, Michigan, Nebraska and Wisconsin in football and by Duquesne in basketball. He chose the Cornhuskers, in part because another Uniontown great, Ben Gregory was there.

Minor played quarterback for the freshman team at Nebraska and was red-shirted for one year. He was moved over to defense after that and, still wanting to play offense, looked for other options and wound up transferring to Slippery Rock.

Minor played two years with The Rock. As a two-way player in 1969 he ran the ball 83 times for 240 yards, and caught six passes for 87 yards and two touchdowns. He played primarily on defense in 1970 and made several impact plays, including a 60-yard fumble return for a touchdown against Mansfield when he tore the ball from the runner’s hands.

“When he left Nebraska he went to Slippery Rock and played quarterback and DB,” Shaw said. “He ended up hurting his finger really bad. I think that was one of the other reasons he converted to DB a portion of his career there.”

Minor went into education when he graduated from Slippery Rock. He worked for a time at George Junior Republic as assistant athletic director. He moved to Denver in 1979 and took a teaching job as an elementary physical education teacher and language arts teacher.

In 1983, Minor became a coach on the Denver East High School Football team. He combined with head coach Larry Tarver along with Gregory, Loren Turner and Shaw to lead what had been a last-place team to the state playoffs with a 9-1 record.

Minor earned a Masters degree in Educational Administration in 1992, and spent the second half of his career as a Principal at Fallis Elementary. He was also chosen to set up a new school, Archuleta Elementary, and became the first principal there before his retirement in 2003.

“Bonnie Gregory, Ben’s wife living in Colorado was a great bridge for Wilfred when he was ill with the cancer at going to the hospital and being there with him,” Huey said.

Huey pointed to Minor’s upbringing as the core to his success.

“Wilfred came from great stock,” Huey said. “His father and mother lived two doors away from my grandmother. We all grew up playing in the streets there, sled riding in the winter, competing in sports.

“That Minor name, that Minor family and legacy in Uniontown is awesome. ‘Spider’ Minor, his uncle, Isaac Minor. That whole Minor family from Uniontown was just an awesome family to know.

“I look back at Spider and the things he taught us on that playground at East End. Certainly he was well known throughout the East End, Uniontown, Fayette County, for his athletic prowess, but more importantly he was a great coach to us during those summer leagues and certainly a mentor and a sponsor of a lot of great men in Uniontown.”

Wilfred Minor followed in those footsteps, as Shaw pointed out, and became an educator and school administrator in Denver.

“Wil was the epitome of that old saying, ‘The meaning in life is to find your gift and the purpose is to give it away.’ That’s exactly what he did,” Shaw said.

“When he got out here he was coaching JV ball at high school. Ben recommended him. We got to know each other and we developed a friendship and a bond that lasted forever. Me and Wil never had an argument about anything.”

Shaw didn’t know about Minor’s career at Uniontown at first.

“I couldn’t believe it,” Shaw said when he found out. “When I went back to see Ben at Nebraska, he was coaching there then, and they treated me like I was Prince Charles’ brother. He couldn’t believe the reverence and respect they had for Ben Gregory.

“And Wil’s place was the same thing. To know that these guys are legends back there and you’re just hanging out with them, you don’t know the history. To find out later on what it is, it’s kind of mind boggling to be honest about it.

“Wil Minor was the personification of a good friend who would do anything he could in the world for you. Very nonjudgmental. Not questioning your motives. Instead of saying you shouldn’t have done that he would always find a way to say maybe you should do it this way.”

Minor and Gregory had a huge impact on kids in Denver, according to Shaw.

“No question,” he said. “They’re legends back there but they’re legends here too. We’re going to try to do something to commemorate both of those guys. Ben’s already got awards coming from all over the place. He’s got an award that the referees give every year out here in Ben’s name. We’re going to try to do the same thing with Wil in some capacity.

“But their work speaks for itself. They’ve affected thousands of kids and will probably affect thousands of other people for years to come. You had to see them at work to believe what they could do. They were like pied pipers at their schools.

“If you went to Ben’s school when he was teaching PE the kids would follow him around. The same thing for Wil. When Wil became an administrator he would go out to the playground in principal’s clothes and connect with the kids. You can get caught up just sitting behind that desk in his position but he would go out and interact with the kids and they loved him for it.

“He still had that ability to draw kids. Wil always made sure that every kid felt completed and fulfilled and didn’t leave the playground unhappy. Wil was the type of guy, if you played a football game he’d put somebody at tailback that was slow as Frankenstein but he didn’t care because he just wanted the kid to have that feeling of running the ball or throwing the ball. He would make sure every kid out there got a chance to do what they wanted to do before they left. No one left that field unhappy or disgusted or crying.

“That was his specialty. He could survey the field and see what everybody needed and wanted and he would make it happen.”