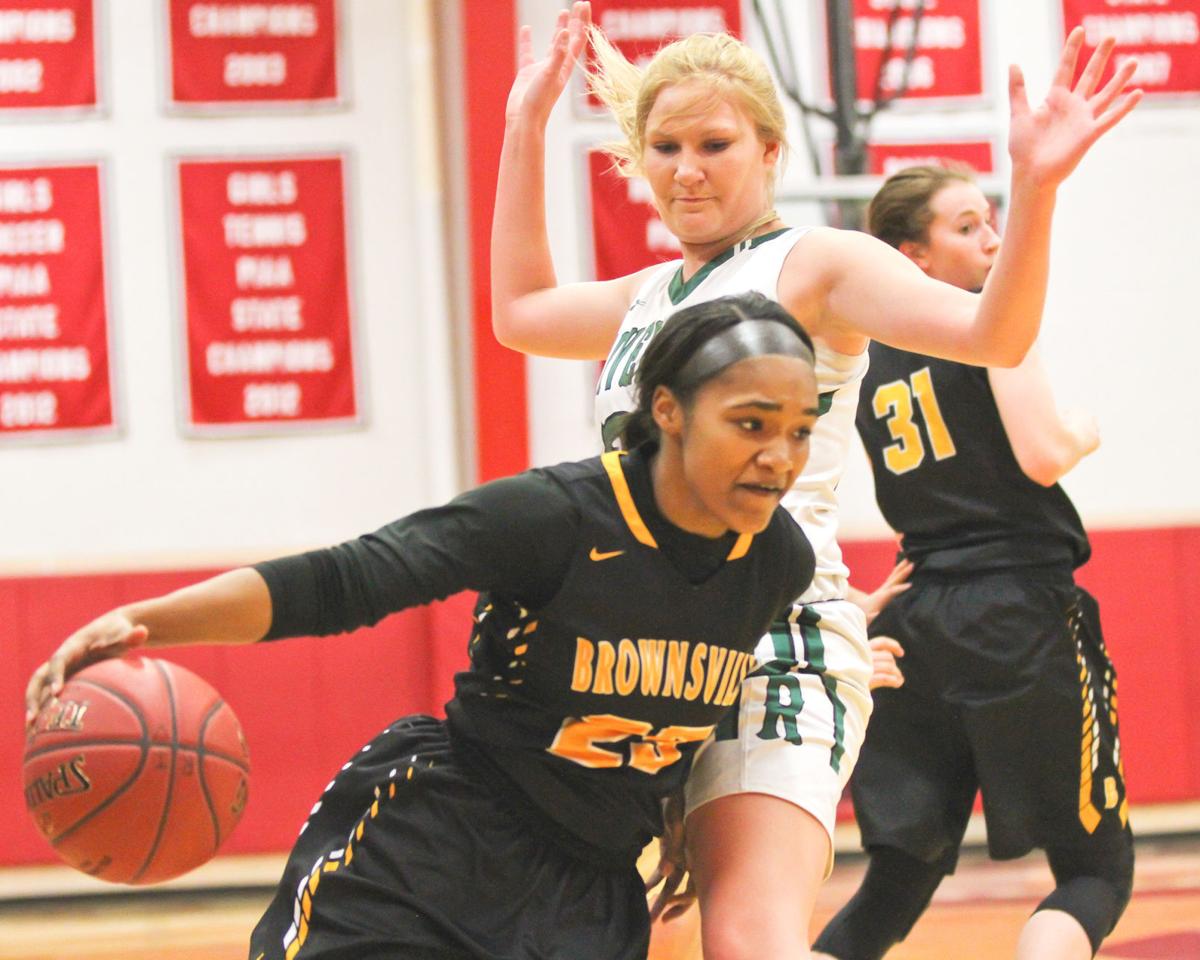 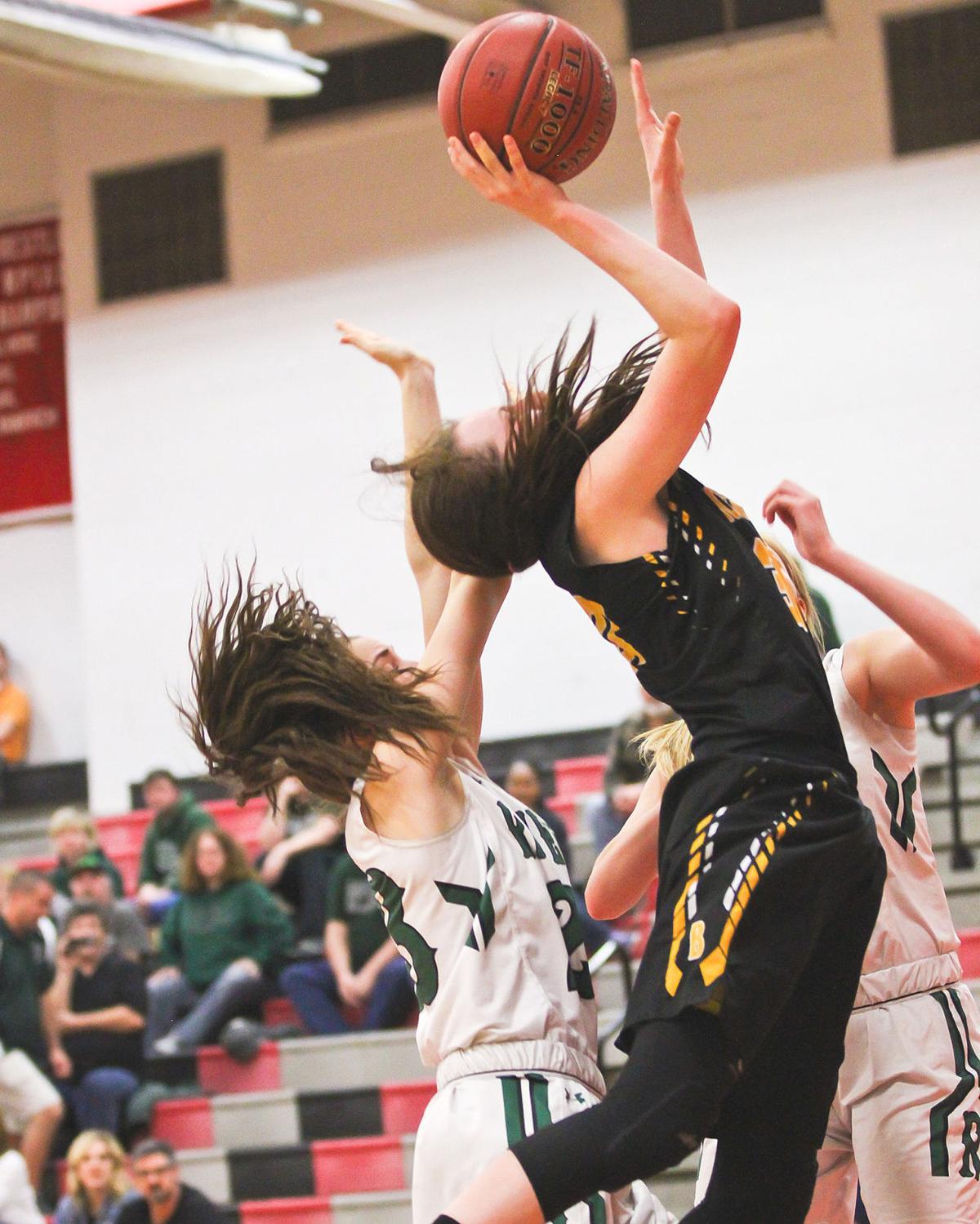 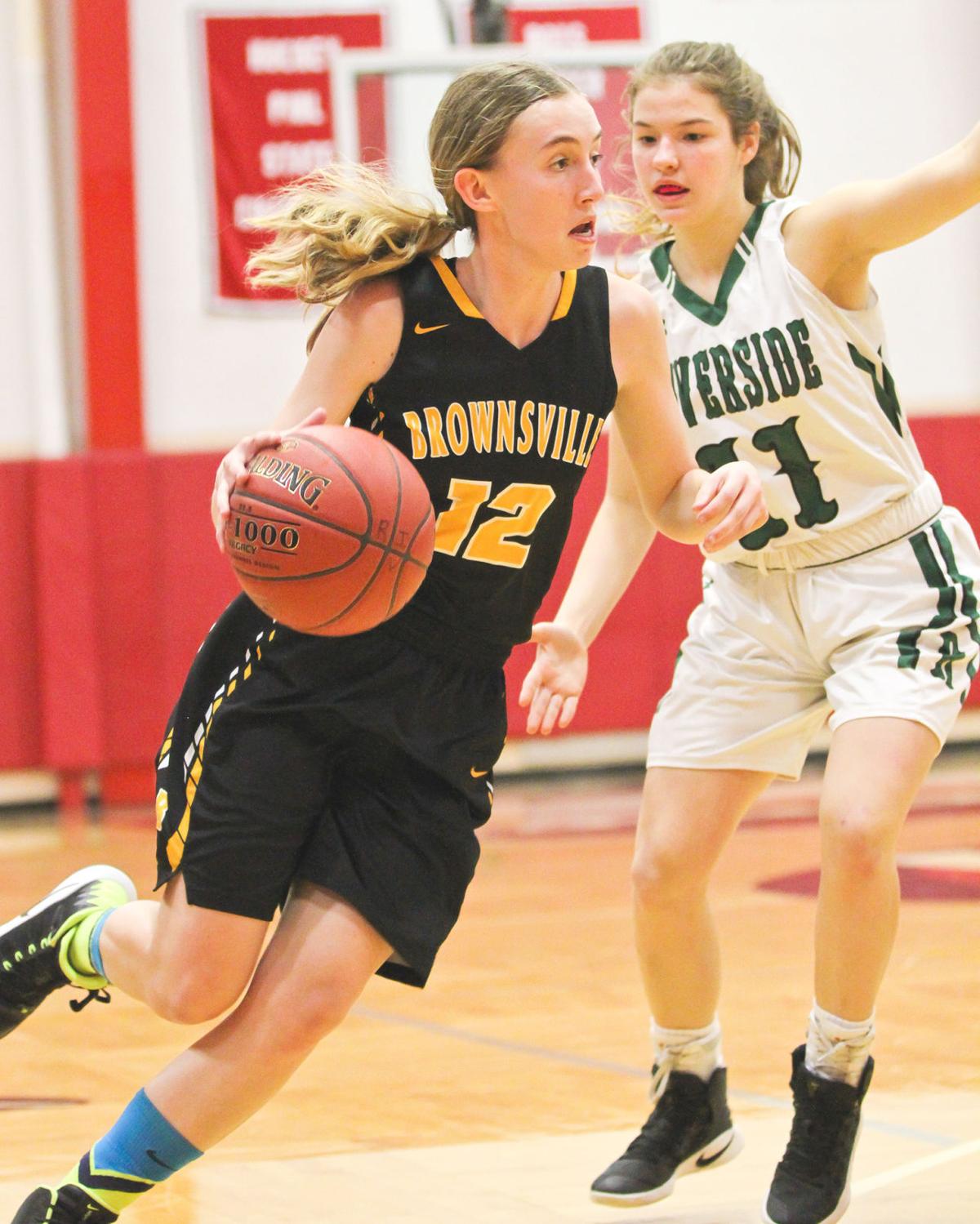 For the second straight season, the Lady Falcons (10-12) suffered a firstround setback and is still searching for their first postseason victory since a preliminary round triumph in 2007-08 against Riverview.

“We changed our defense in the second half and put more pressure on their primary ball-handler,” Brownsville coach Patty Columbia said. “That seemed to spark us and we started to hit our shots. We played hard and gave a great effort, but we could never get a consistent effort on offense. Our shots weren’t falling and we missed too many shots at the free throw line.”

The Lady Panthers (18-5) advance to play top-seeded Bishop Canevin on Saturday at a time and site to be determined.

After Riverside opened with a 7-2 lead, Brownsville answered back with six consecutive points and took an 8-7 lead after an inside hoop by Alie Seto.

“We wanted to be aggressive and get to the line,” Columbia said. “I thought we attacked them well, but we didn’t make our free throws. At one point, we had 13 missed foul shots and that is just not like us. We threw a 1-3-1 zone at them and that caught them off guard. We tried not to show it too much in our last section games and we wanted to surprise them with it.”

The Lady Panthers regained their early momentum and ended the opening eight minutes with an 8-4 rally for a 15-12 lead at the end of one.

It was all Riverside in the second quarter, as the No. 8 seed held a 14-6 scoring edge in the period to push its lead to 29-18 at the halftime intermission.

Brownsville turned the tide in the third quarter and its offense came alive after halftime.

The Lady Falcons started the second half with a 10-4 run and cut the deficit down to 33-28. Six different players scored a point in the quarter and Brownsville trailed 35-31 going into the fourth quarter.

Riverside’s Sydney Wolfe was the catalyst for the offense and got separation with two baskets to start the fourth quarter for a 39-33 lead.

After the teams traded baskets, the Lady Panthers sealed the victory with four of the next eight points and hit just enough of their foul shots to take home the first round win.

Wolfe led all scorers with 18 points for Riverside, while Bekah and Lauren Bettencourt paced the Lady Panthers with nine and eight points, respectively.

“Our young kids played well,” Columbia said. “That’s really big for us and we are hoping to build off of this one. We are surely going to miss our seniors. We came together in the second half of the year. We have to be more disciplined, both on and off the court. Every game and every season you have to learn and improve as a team.”