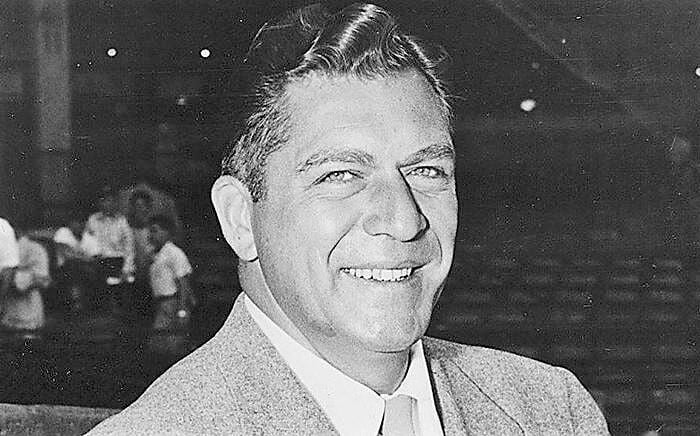 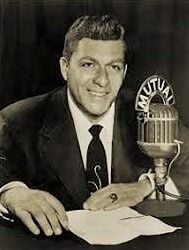 Monongahela graduate Al Helfer is shown during his baseball broadcasting days doing the Mutual Game of the Day. 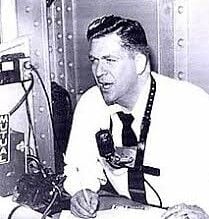 Monongahela graduate Al Helfer is shown during his baseball broadcasting days doing the Mutual Game of the Day.

It is a little known fact that Al Helfer, who was born in the Mon Valley, was the recipient of the 2019 Ford C. Frick Award, which is presented annually by the National Baseball Hall of Fame to a broadcaster for “major contributions to baseball.”

It is named for Ford C. Frick, former Commissioner of Major League Baseball. Though they are sometimes erroneously referred to as “Hall of Famers,” honorees are not inducted into the Hall of Fame. Honorees (if living) give a speech at the Hall of Fame during induction weekend, and their names are added to a plaque in the Hall’s library.

In Curt Smith’s outstanding book “Voices of the Game,” Helfer recalled his youth in the Mid Mon Valley.

Helfer grew into a mountain of a man at 6-4 and 275 pounds. He was the first of two sons of George Helfer, an engineer for the Pennsylvania Railroad, and the former Margaret Pritchard. he grew up in Monongahela.

A first baseman at Washington & Jefferson College, Helfer also lettered in football, basketball and track. He was offered a pro contract to play baseball by Philadelphia Athletics manager and future Hall of Famer Connie Mack in 1935, but turned it down to focus on his broadcasting career. Forced to go to work, a college friend helped Helfer get a job at a small radio station in Silver Haven, Pa., for $5 a week with room and board.

After graduating from W&J Helfer entered medical school at the University of Pittsburgh, but dropped out after a year for lack of money. Joining the Pittsburgh Post-Gazette as a sportswriter, he broadcast Pitt football and re-creations of some Pirates games over the paper’s radio station in 1933.

In “Voices of the Game,” Helfer admitted he was always controversial.

In 1951 Helfer said, “People have always reacted strongly, not blandly, to what I have to say.”

Helfer broadcast his first game at age 16 in 1933 for Pittsburgh and also worked games for the Cincinnati Reds, New York Yankees, and Brooklyn Dodgers and later called games on radio for the Mutual Game of the Day in the 1950s.

He enlisted in the Navy prior to the 1942. Often aboard destroyers and destroyer-escorts in the North Atlantic, Mediterranean and Caribbean Theaters, and was wounded once before being discharged as a lieutenant commander. He returned to the microphone in 1945. By this time he was divorced from his first wife, Agnes Charney; they had a son, George Helfer.

He was rotated back home in time to marry again on June 14, 1944. His bride, Estrild Raymona Myers, was a jazz pianist and singer who used the stage name Ramona. She had performed with Paul Whiteman’s orchestra and had several hit records in the 1930s. She quit show business to raise their daughter, Raymona, who was born the next year.

“Other guys had it a lot worse,” Helfer said of his Navy service. “I won’t trade on it. I’m glad I did it, but I wouldn’t want to do it again.”

Helfer, the “sports voice” of the Mutual Broadcasting System’s unique Game of the Day radio broadcasts from 1950 through 1954, gained a national audience. Mel Allen and Red Barber already were famous then because they had been broadcasting New York Yankee and Brooklyn Dodger games. But their broadcasts (except for the World Series) reached only a small area of the northeastern United States. Helfer’s went around the world almost every day of the season, as the Mutual Game of the Day was picked up by the Voice of America and the Armed Forces Radio Network.

Helfer had an exhausting schedule during this period. He was travelling to a different ballpark six days a week.

“You can’t beat this life if you like sports as much as I do. If this were not my business, it would be my hobby,” he told the Chicago Tribune in 1952. “But every job has a hook in it. Mine is traveling. I’ve been living out of a suitcase most of my working life.

“Fans repeatedly say they envy me. I see a ballgame every day and get paid for it. The broadcast is the whipped cream on my cake. What they don’t know is that there is a lot of book work to sportscasting.”

Helfer described his travels in “Voices of the Game.”

“I became the Ghost of Hartsdale,” his home outside New York.

“I was the only guy I ever knew,” he said, “who would come home, pick up fresh laundry, and get out the door before it could swing shut. The only time I spent with my wife was on the long-distance telephone. My daughter was growing up and I didn’t know her.”

As Mutual’s star announcer, Helfer called five World Series on radio from 1951 through 1955, plus the 1957 Fall Classic on television; four All-Star Games on radio; and four more on TV. In 1951 he broadcast six of the highest-profile sports events: baseball’s All-Star Game and World Series, the Giants-Dodgers playoff with Bobby Thomson’s “Shot Heard Round the World,” the Army-Navy football game, the Rose Bowl, and the East-West college football all-star game.

He worked seven Rose Bowls and one Orange Bowl, the Indianapolis 500, and basketball at Madison Square Garden. He began a long run as master of ceremonies for the New York Downtown Athletic Club’s annual Heisman Trophy banquet. The club eventually awarded him an honorary Heisman.

Helfer’s last network baseball broadcast was the 1958 All-Star Game, his fourth straight for NBC-TV. He went to Houston in 1962, with the expansion Colt .45s. He had a one-year run in Houston. Moving to Denver he was newscaster and football announcer for the Inter-Mountain network, and called some college and pro football games for ABC.

There was one last hurrah for Helfer in Major League baseball. In 1968 when the Kansas City Athletics moved to Oakland. The A’s No. 1 announcer, Monte Moore, welcomed him; Moore had listened to the Game of the Day while growing up in Oklahoma.

Helfer called 14 no-hitters during his career, including Catfish Hunter’s perfect game for the Oakland Athletics on May 8, 1968.

Helfer always scoffed at the superstition that announcers were supposed to hide the fact that a pitcher is throwing a no-hitter.

“I’ve broadcast many no-hitters,” he told The Monongahela Daily Republican in 1968. “I did two by Allie Reynolds, two by Carl Erskine and one by Tex Carleton. I say tell the fan what’s going on. The people in the ballpark know and I represent the fans who aren’t there.”

He was let go by the A’s after two years. Helfer’s last stop was KRAK in Sacramento, where he served as vice president for news beginning in 1970. Wife Ramona died of cancer in 1972, and he married a Sacramento woman, Margaret Grabbe. Helfer died of cancer on May 16, 1975, at 63.

Helfer had the distinction of being the only person to broadcast for three New York teams: the Yankees; Giants, who relocated to San Francisco in 1957; and the Brooklyn Dodgers, who moved to Los Angeles the same year.

“Brother Al” or “Mr. Radio Baseball” as Al Helfer was known, was a well deserved recipient of the Ford C. Frick Award for baseball broadcasting excellence.