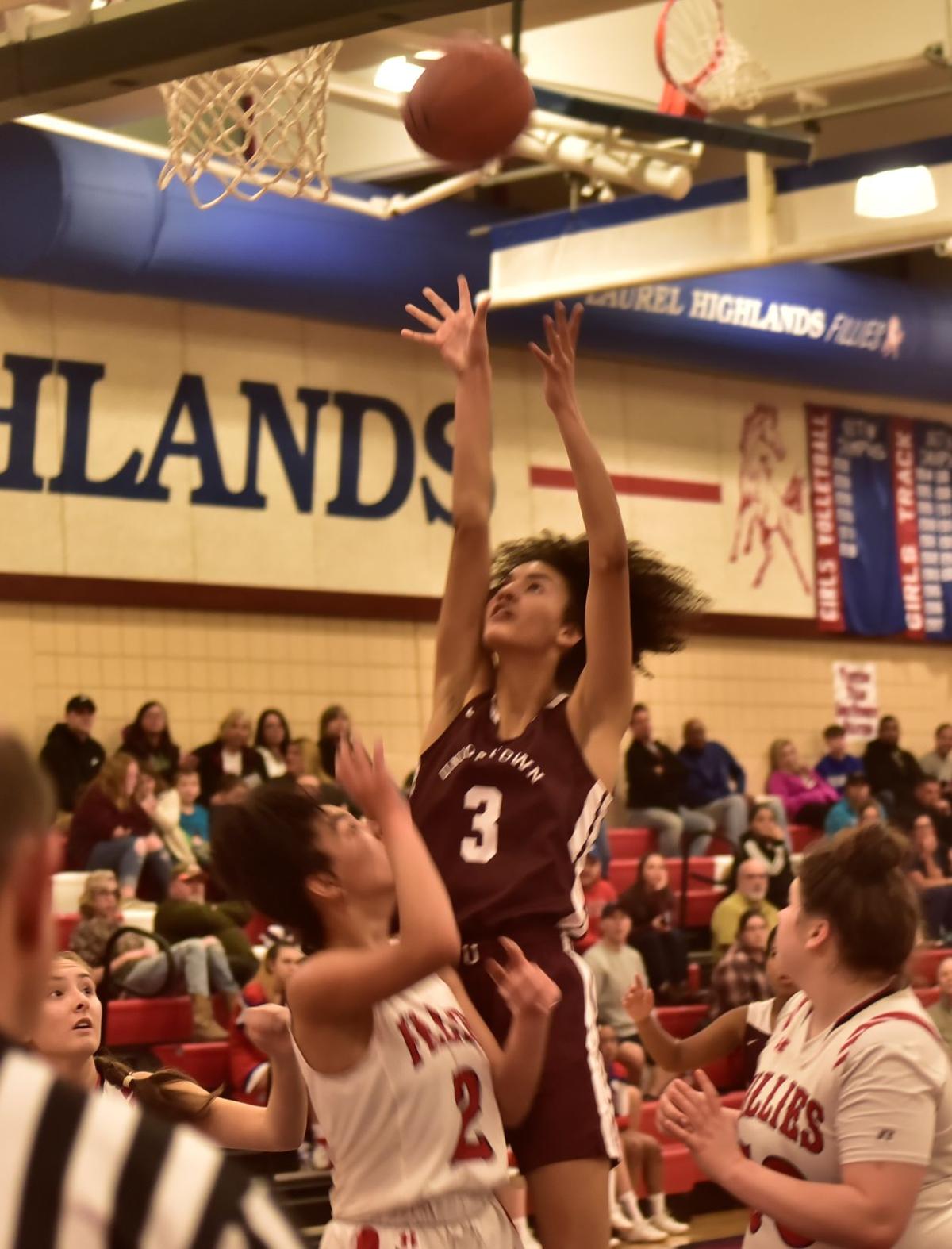 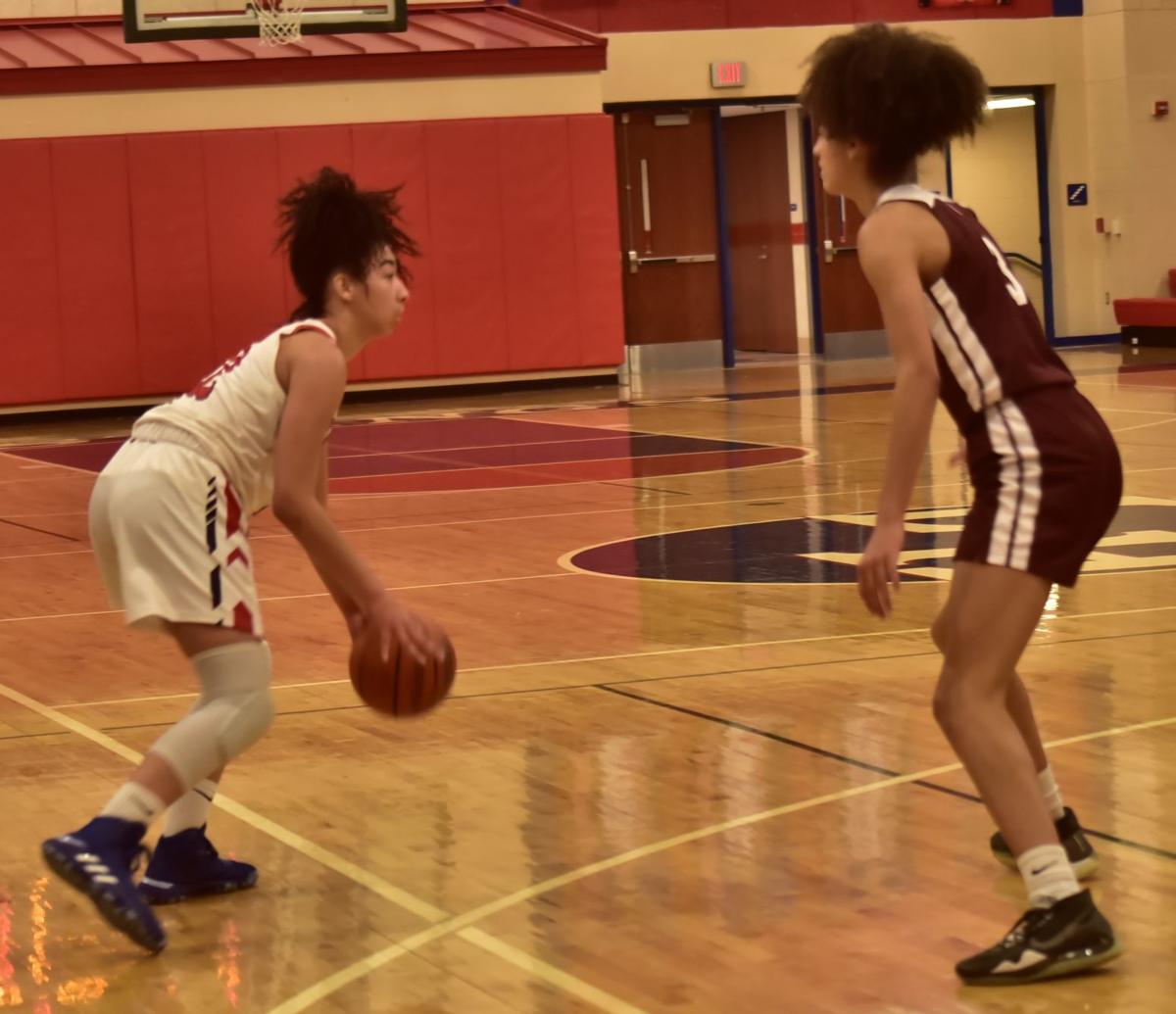 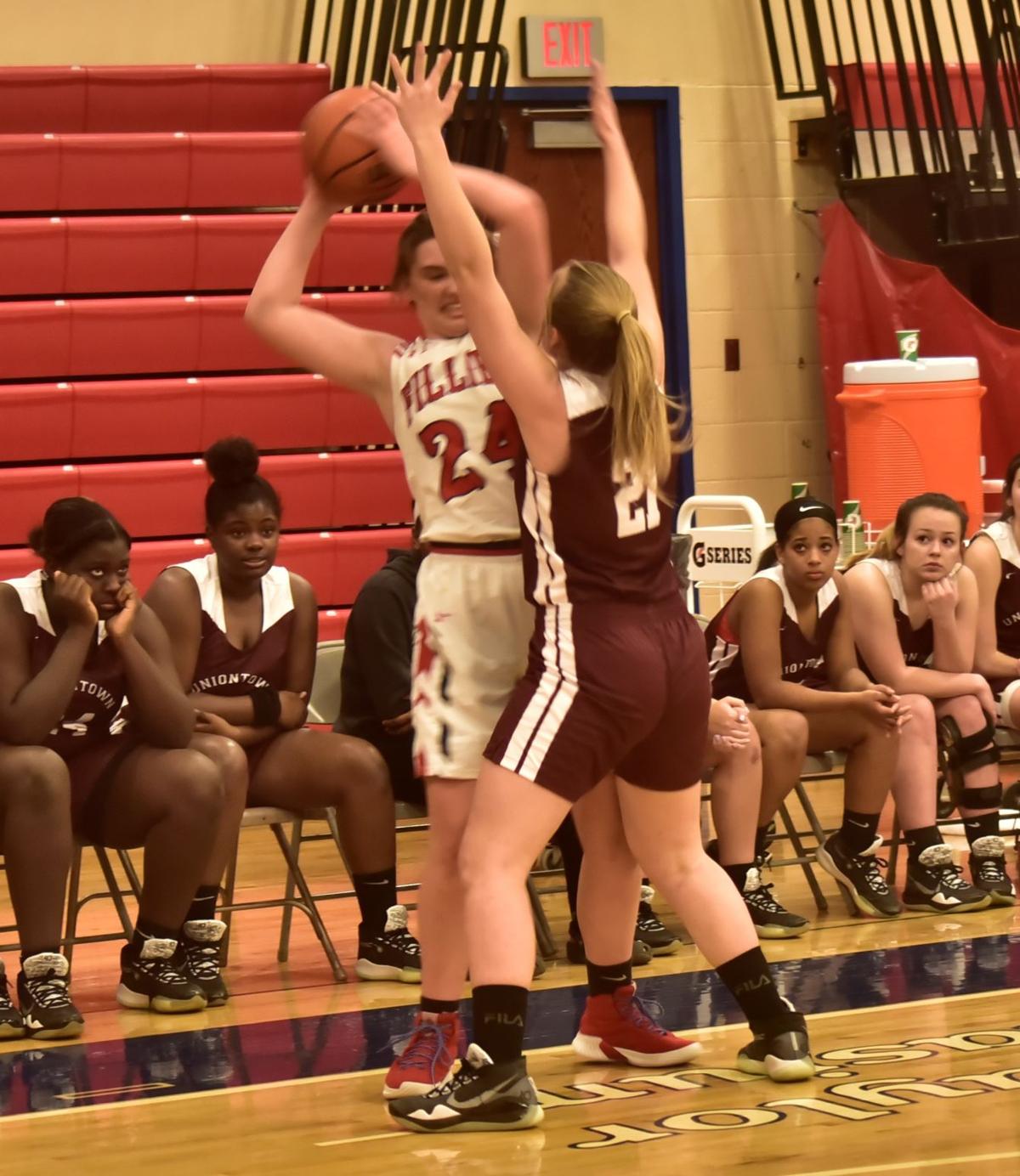 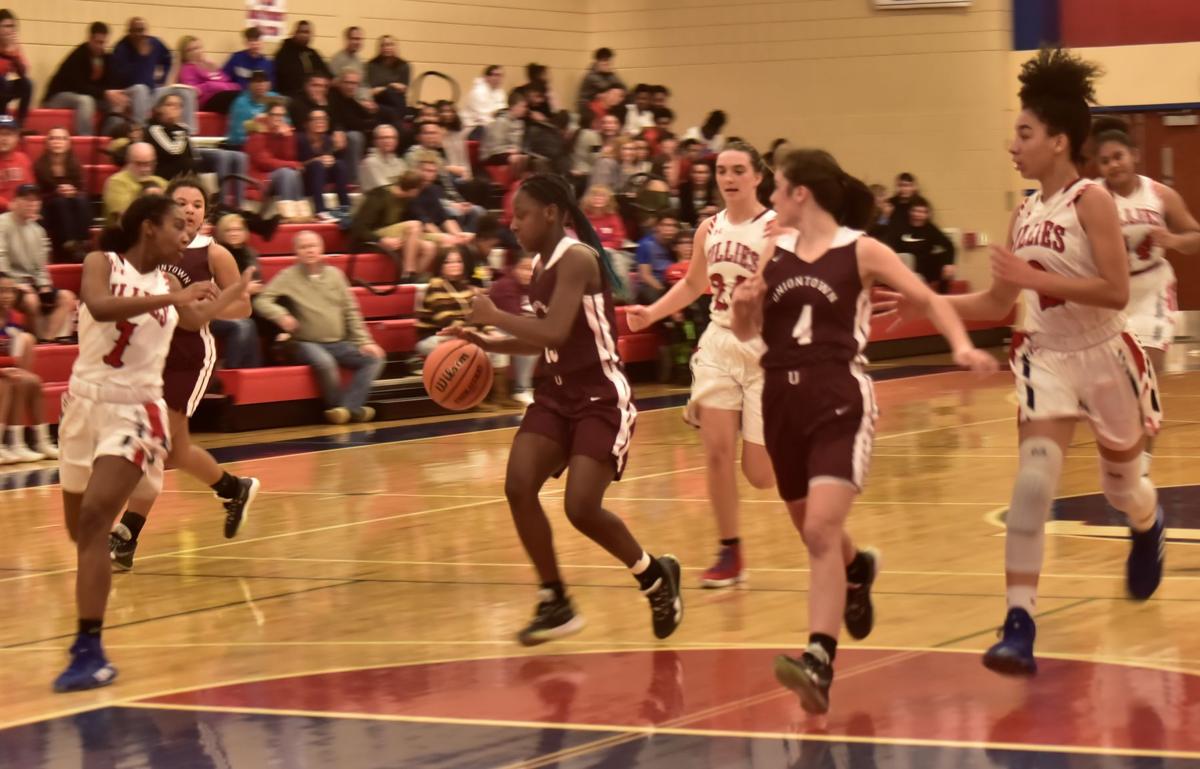 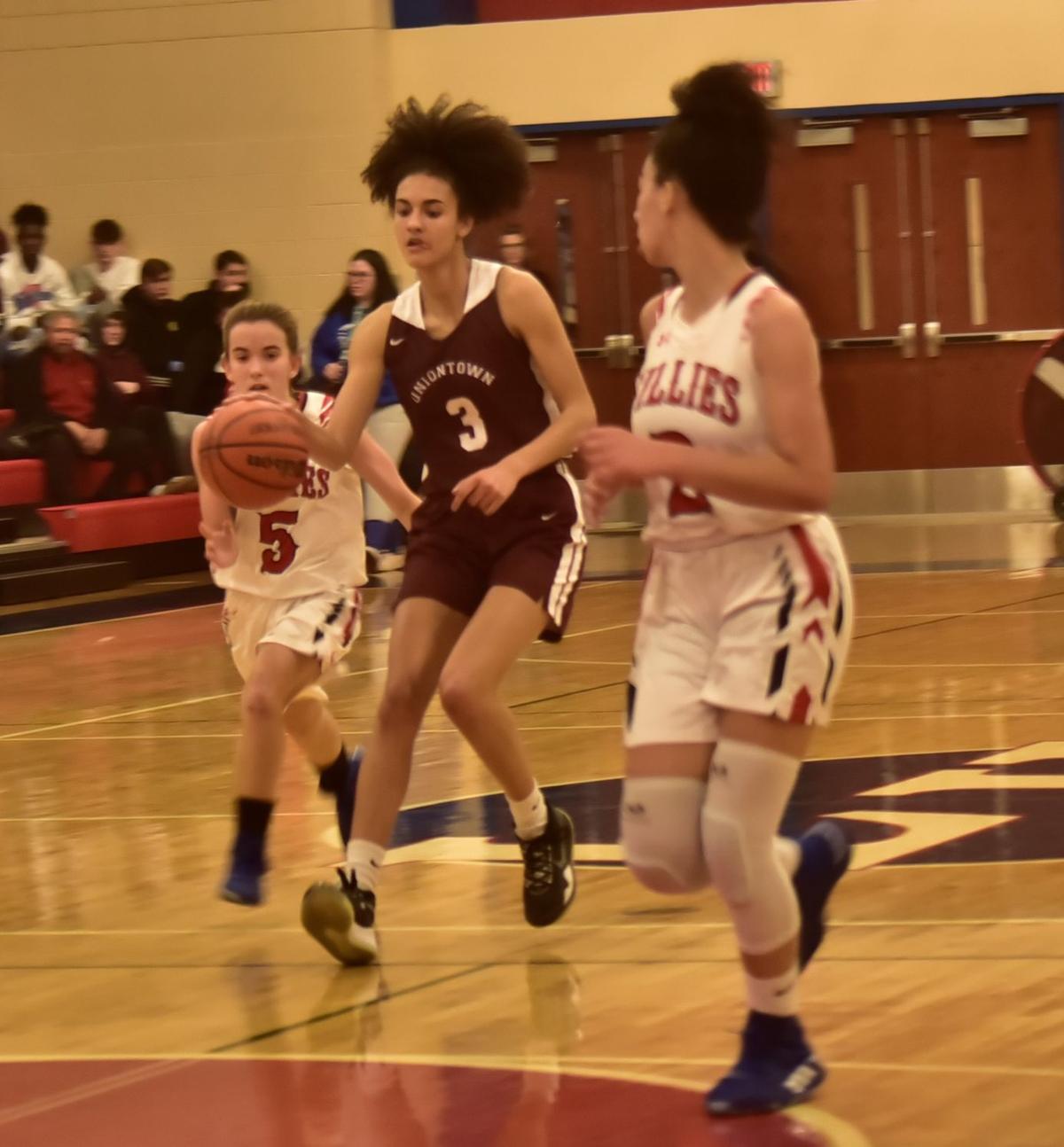 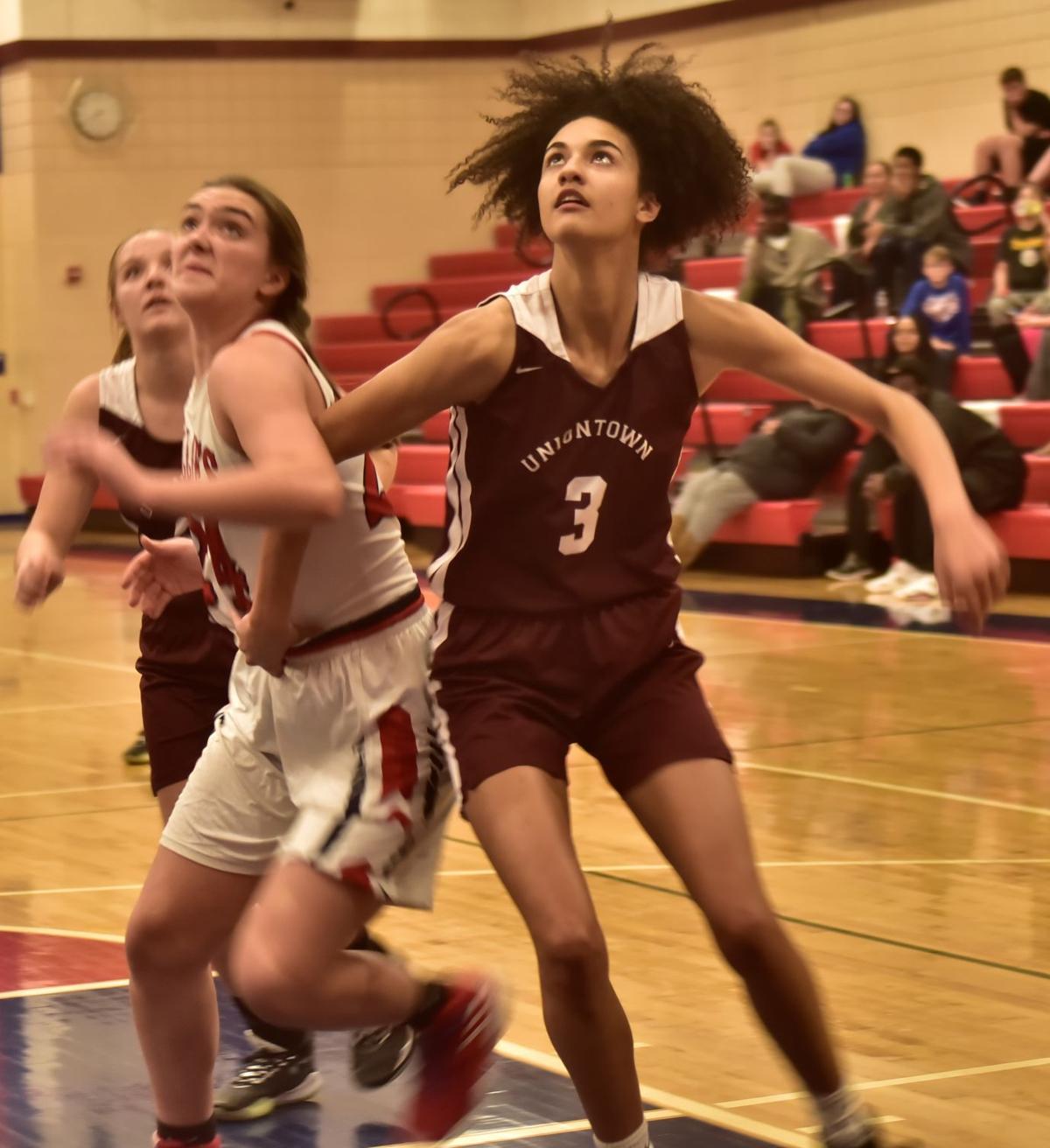 Uniontown's Mya Murray did a little bit of everything in her team's 60-25 Section 3-AAAAA victory over cross-town rival Laurel Highlands on Thursday at Harold "Horse" Taylor Memorial Gymnasium in the Herald-Standard Game of the Week.

The senior and Brown recruit scored a career-high 40 points on 17 field goals, including one 3-pointer, and was 5 for 8 at the foul line. She also had 22 rebounds and played solid defense on the Fillies' Aareanna Griffith.

Not a bad night in her second-to-last game in the cross-town rivalry. The two meet again on Jan. 16 at AJ Everhart Memorial Gymnasium.

"We wanted to show who we are and what we can do, especially against our hometown rivals," Murray said. "I am excited to go to Brown, but it is kind of bittersweet because this is my last year playing with all these girls at Uniontown. I don't want to take anything for granted the next few months. I love being a Red Raider."

"She played very well tonight, the ball was falling for her and her shot was there," Kezmarsky said. "You give the hot hand the ball, and that was her tonight. Aareanna (Griffith) is their best player, and I put my best player on her. Mya is long and she is able to play her correctly.

"We came in tonight with a goal of holding them to 20. We gave up 25, so five over what our plan was. We came ready knowing that I was more worried about our defense because that is what we need to work on moving forward."

Uniontown (1-0, 1-3) had another scoring option other than Murray against its cross-town rivals, as Nekea Lewis scored 13 points on five field goals, including one 3-pointer, and was 2 of 2 at the line.

Laurel Highlands (0-1, 0-4) opened up the second half in a box-and-one defense to try and slow down Murray, but she still scored 15 points in the third quarter on five two-point field goals, one 3-pointer and two free throws.

"She (Murray) can dribble the ball down the court, even with her size," said Laurel Highlands coach Rebecca Capozza in regards to why Murray is such a tough matchup. "She shot a three right over us, and that is not much we can do with that. She can also drive to the hoop."

"The box-and-one was definitely a surprise, but I think we handled it well," Murray said. "We just have to get back in the gym and keep working. This is nice, but you can't be satisfied. You want to do more the next time."

Griffith led the Fillies in scoring with seven points on two field goals and three free throws, but had a scary moment with two minutes to go in the game when she went down and had to be helped off the court.

"Hopefully, she can get back, but right now it's not looking too good," Capozza said. "We need her out there, so I am hoping she can come back."

Murray established her presence early, as she scored the first eight points for the Lady Red Raiders on two jumper, a putback and two free throws. She scored on a layup in transition for 10 of Uniontown's first 11 points.

The Lady Red Raiders held a 13-3 lead with 3:17 left in the first quarter, and never looked back. The visitors had a 13-5 advantage heading into the second quarter.

"My girls are not giving up and that's all I can ask for," Capozza said. "We have to just continue to work and improve. Even though it may not look good on the scoreboard, I am still happy with what their doing. They are coming to work hard and not giving up."