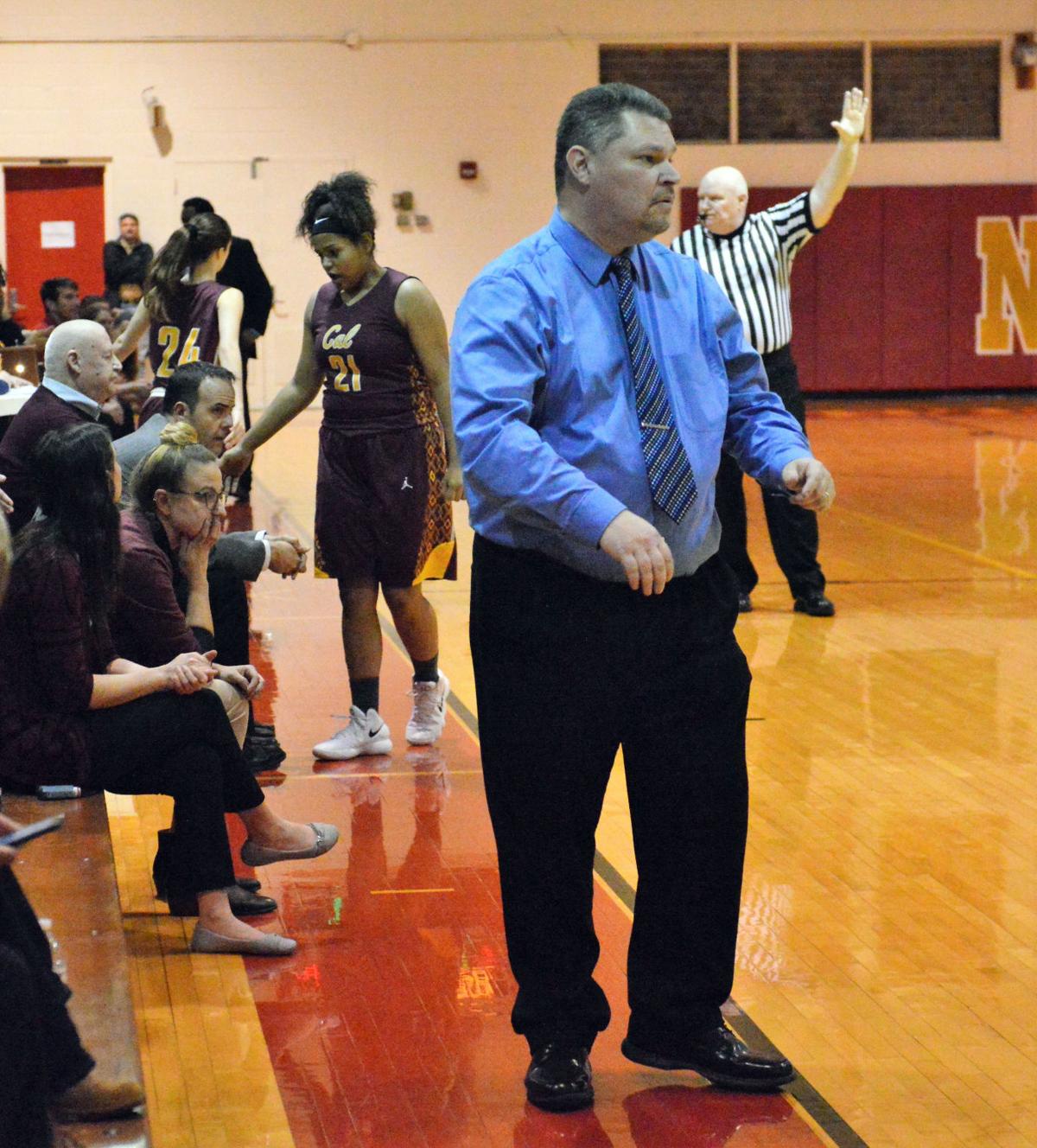 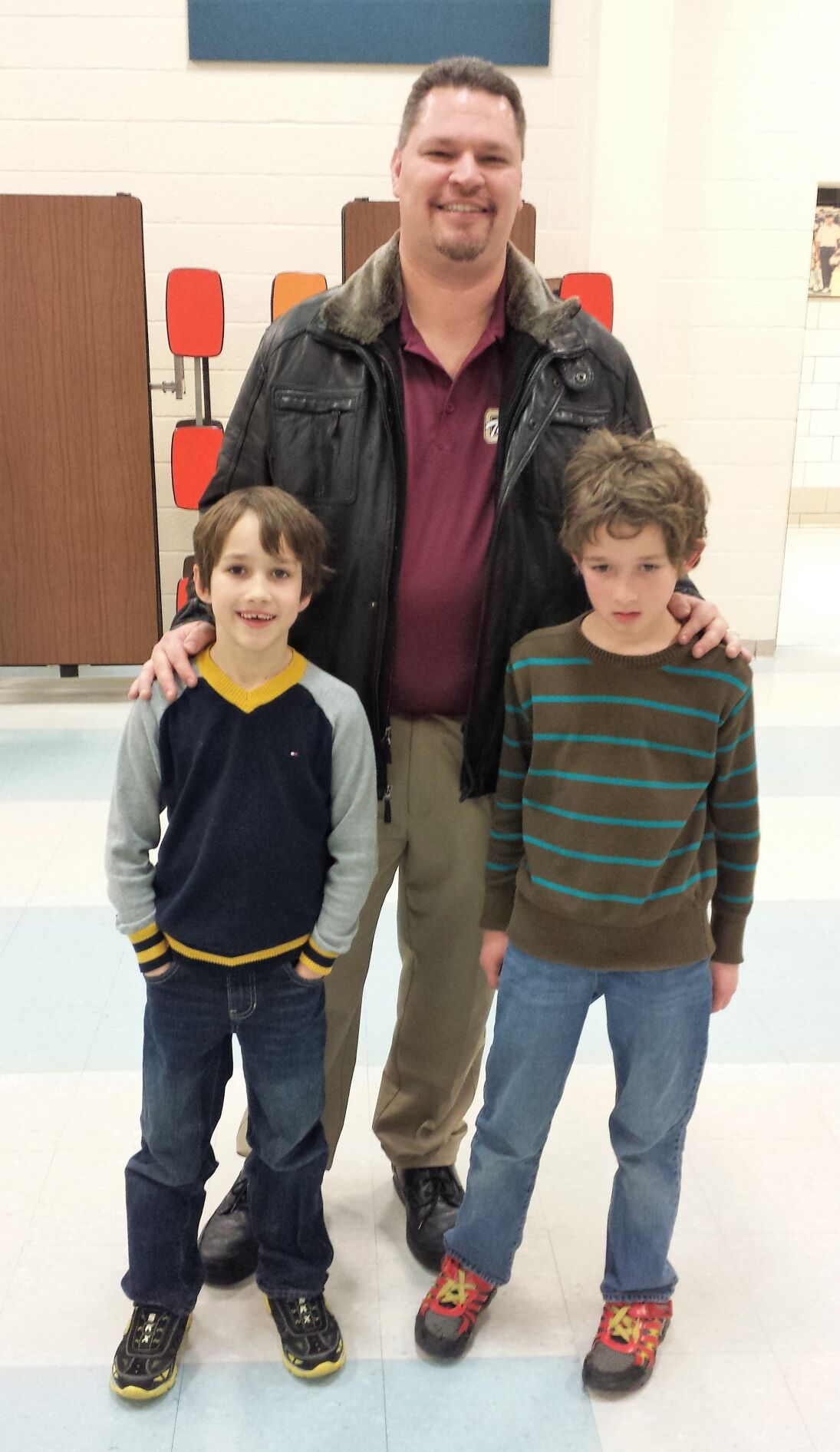 California girls basketball coach Chris Minerd poses with a couple young fans after his Lady Trojans clinched the section title with a victory at Avella on Feb. 7, 2014.

California girls basketball coach Chris Minerd poses with a couple young fans after his Lady Trojans clinched the section title with a victory at Avella on Feb. 7, 2014.

Chris Minerd, who led California’s girls basketball team to unprecedented heights and was a well-respected athletic director at the school, is now out of job.

The California Area School District voted to eliminate Minerd’s position as A.D. and grounds and facilities manager, reportedly for fiscal reasons, officially at the end of July. Minerd had one year left on his contract when he was let go.

Minerd was one of the most successful basketball coaches in the area during his eight years at the helm of the Lady Trojans. He fashioned a 123-66 overall record while guiding California to seven playoff berths and a pair of section titles. His team qualified for the PIAA tournament four out of five years from 2014 to 2018, the only local coach to accomplish such a feat, and earned the program’s first ever state win in 2015. Minerd’s 2014 squad advanced to the WPIAL semifinals, upsetting perennial power North Catholic along the way.

Minerd took over as California’s athletic director in 2014 and had worked in the school district since 2007 when he was hired as assistant girls basketball coach under Cindy Dunlevy.

“I’m grateful that California gave me my first opportunity as a coach and as an athletic director,” Minerd said. “I don’t agree with their decision to cut my job. The workload will be the same. But business is business.”

At only 46 years old, Minerd isn’t ready to call it a career yet when it comes to working at the high school level.

When asked if he was interested in coaching again, Minerd responded, “Not this year, but maybe somewhere down the line. My focus is really to be an athletic director again.”

Minerd was more than just the AD at California, as his extended job title indicated.

“I felt that being the facilities manager was an important part of my job,” Minerd said. “ Most small schools operate with a part-time AD. However, with all due respect, most of them do not have the facility (turf stadium) that California has. In the fall we have seven different sports using our field, so you’ve got to schedule them all on there, and the band as well. Not to mention the youth league sports that want to use our facility. That’s a challenge to make sure everyone has their time to use the field.”

Minerd lives in Gibsonia with his wife, Mary, and two stepsons, Austin, 25, and Matt, 21. He didn’t mind making the trip to California each day.

“I loved coaching and being an athletic director,” Minerd said. “I never did it for the money. I never really looked at it as a job because I enjoyed going to work every day.

“Sports is my life, and to not be involved in it is definitely going to be an adjustment for me. What I’m going to miss the most is being around the kids and watching them grow up and mature. That’s going to be a big change for me.”

Minerd was known as an extremely efficient AD who was admired by his peers. He was part of the Tri-County Athletic Directors Association (Tri-CADA).

“I want to thank Brian Jackson,” Minerd said. “He was the former superintendent at California who’s at West Greene now. He was the one who created the athletic director and facilities manager position at Cal because he saw a need for it. I always appreciated him putting his faith in me. I was the first full-time AD ever at California and it was him who took a chance on me.

“I’d like to thank Phil Pergola, too, for giving me my first opportunity to coach at a school.”

Jackson, now West Greene’s superintendent and the father of Pioneers record-breaking running back Benjamin Jackson who is now attending West Point, had nothing but praise for Minerd when recalling his time at California.

“Chris was focused on making certain that everything was well organized and done right,” Jackson said. “You never had to worry about his work performance. He always had the interest of California Area and their student-athletes in mind.

“I enjoyed working with him.”

Minerd said he cherished his time at California and wishes the school well in the future.

“I’m impressed with the new superintendent,” Minerd said of the recently hired Dr. Laura Jacob. “I think she’s a good choice for the job and she’ll do good things at California.

“I’ll miss being there, but I’m ready to start a new chapter in my life somewhere else if I get the opportunity.”

Very misleading article. Had a good run when he recruited local all star players from other districts to move in and play for cal. They called them Cal Catholic during that time.