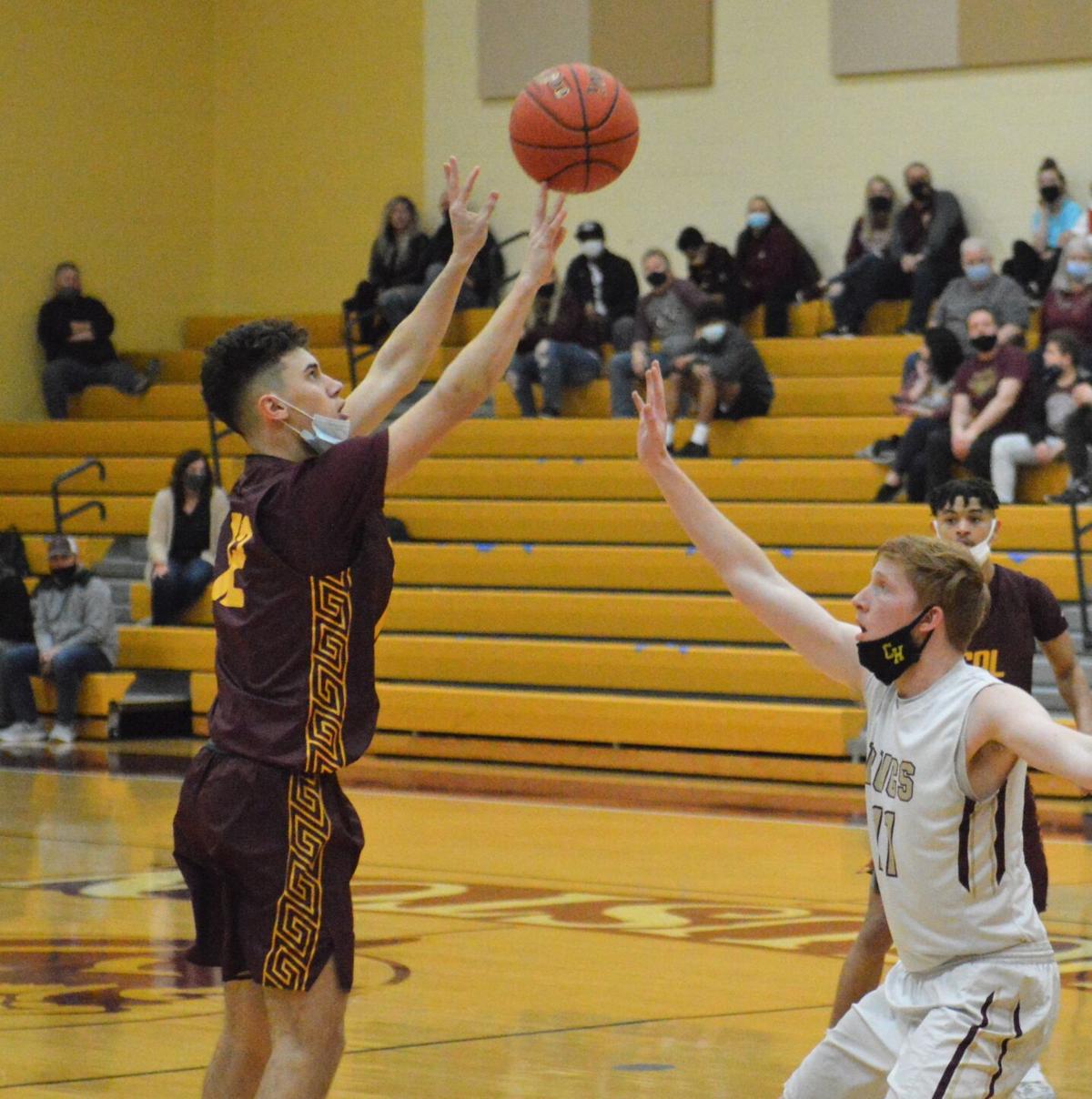 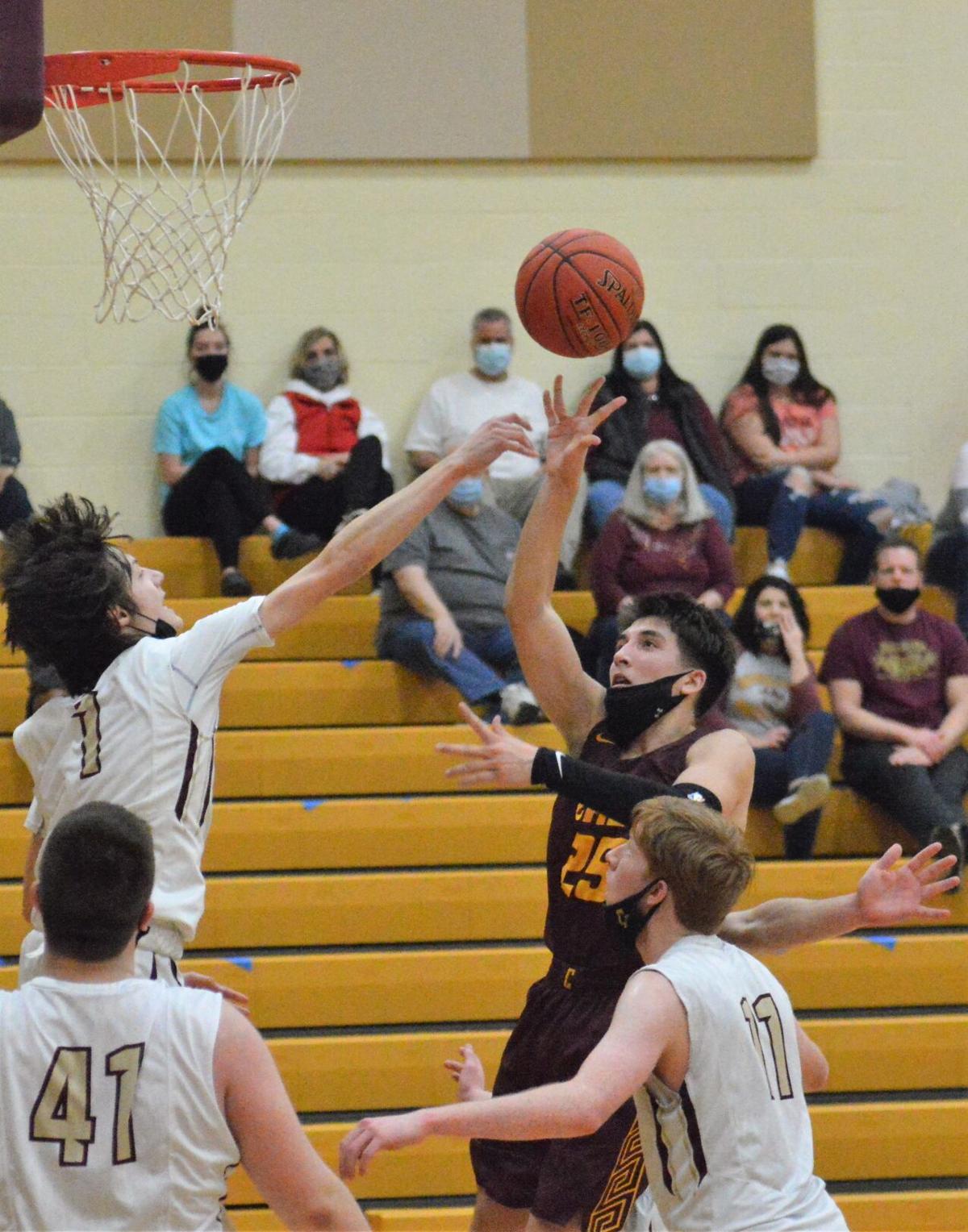 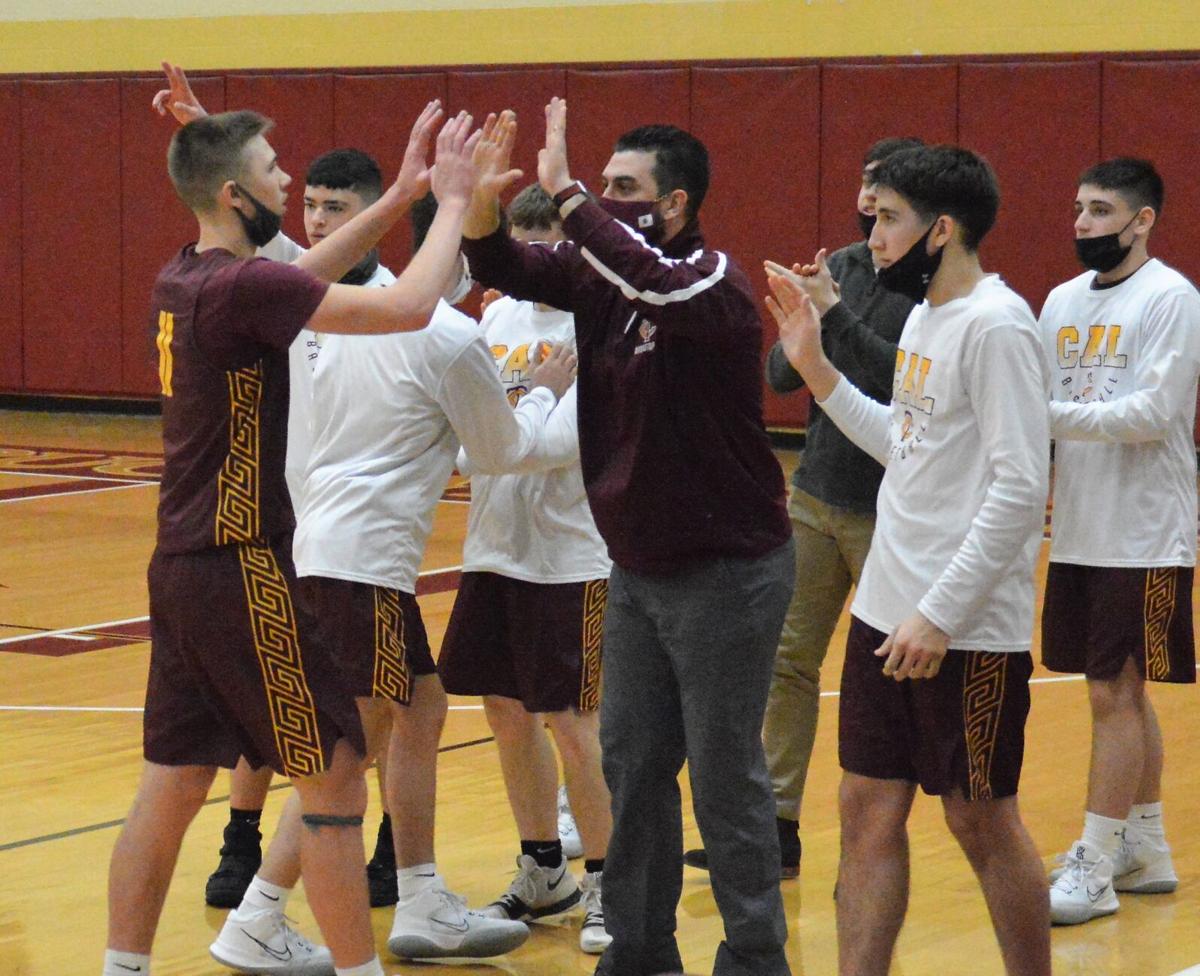 California coach Aaron Balla greets Payton Conte as he walks off the court after the Trojans’ 55-48 win at Chartiers-Houston in a WPIAL playoff game Saturday afternoon. 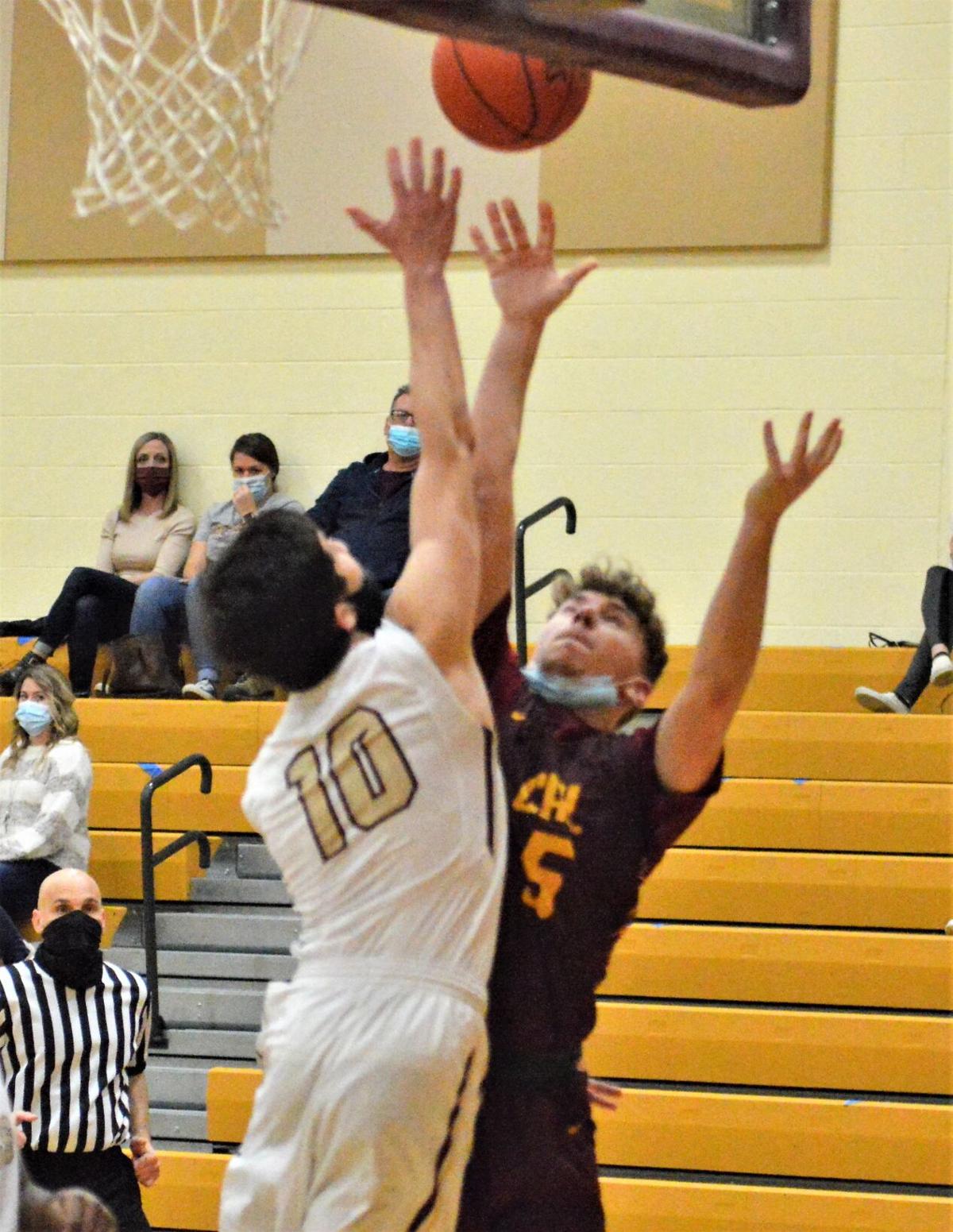 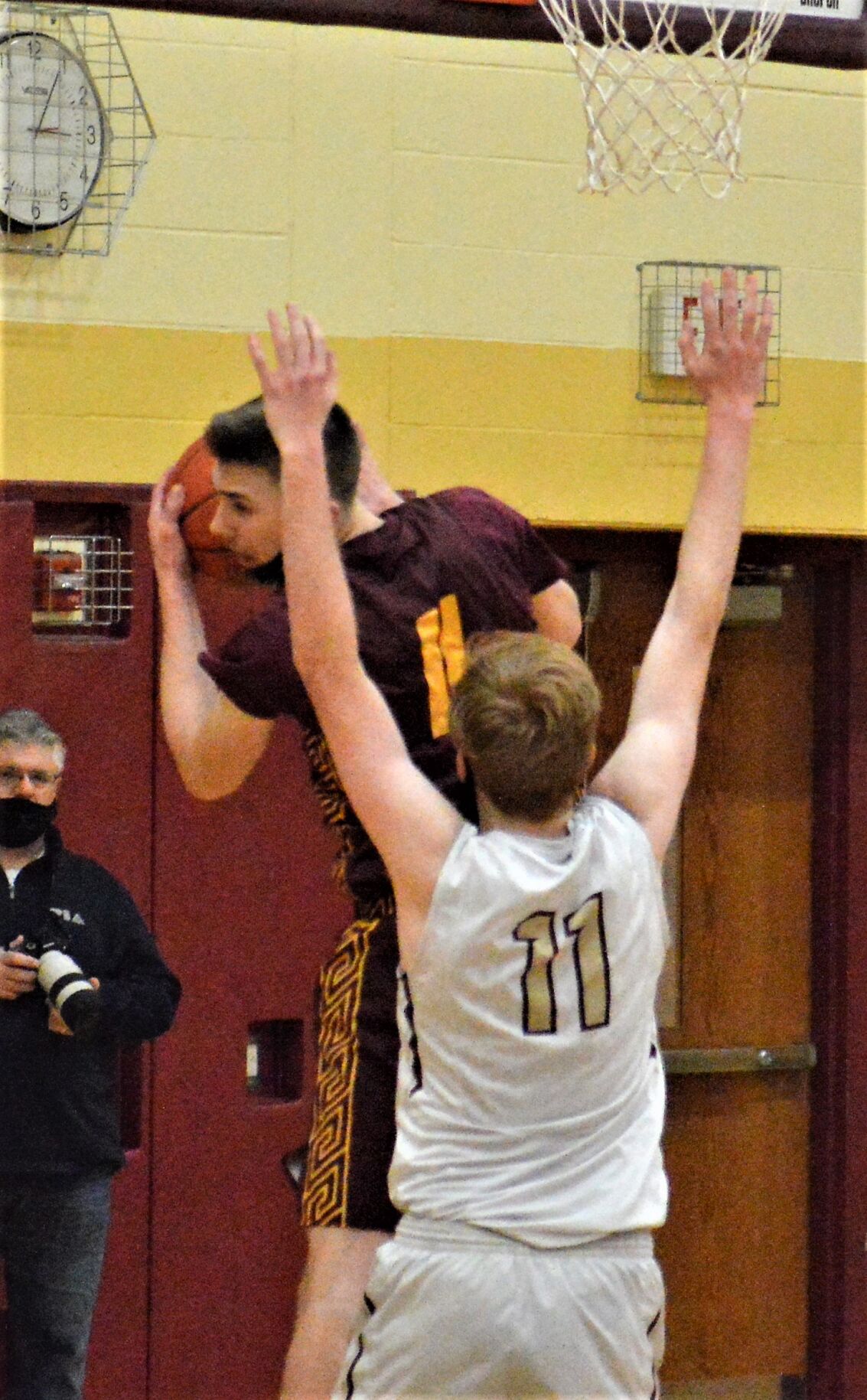 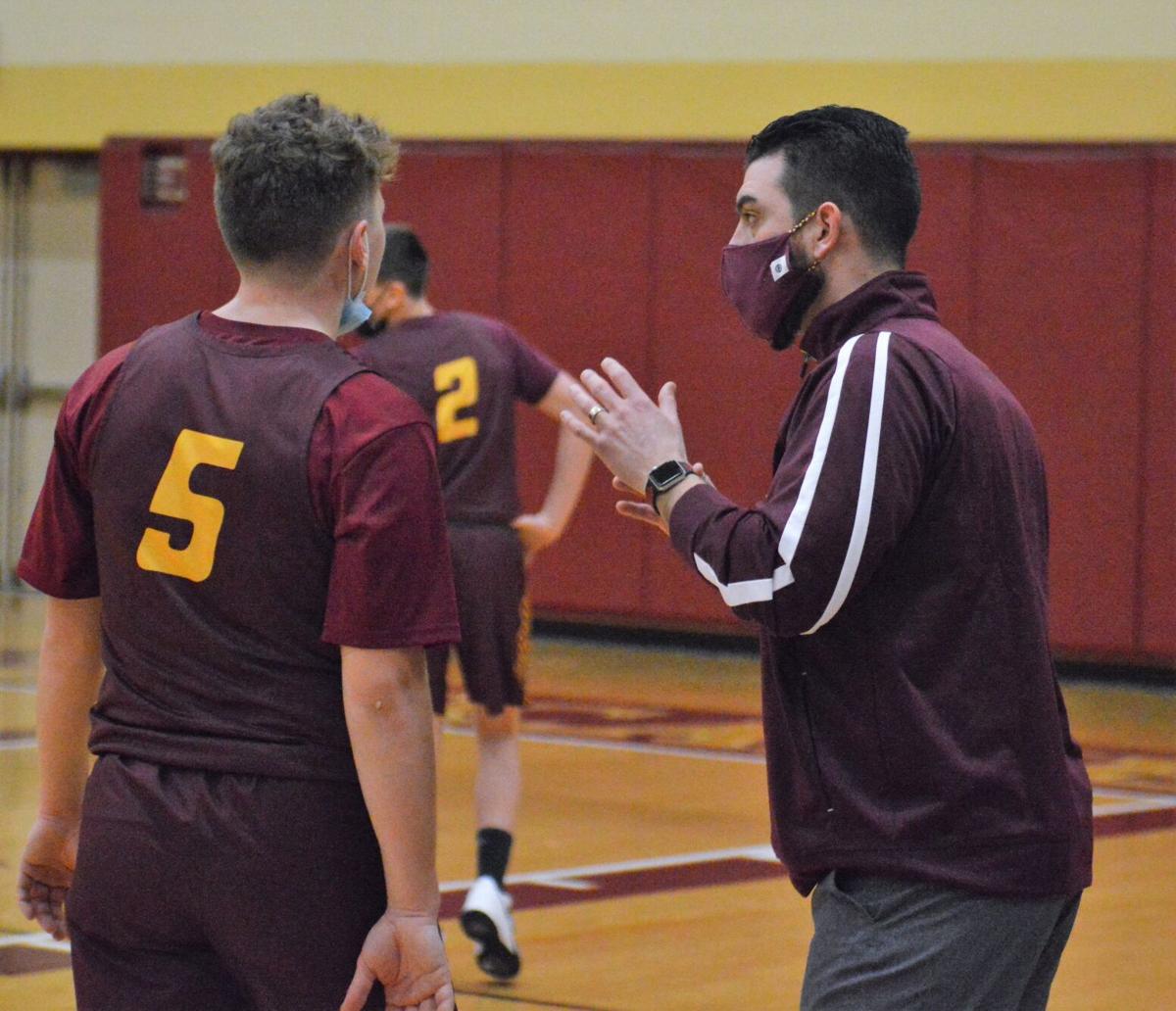 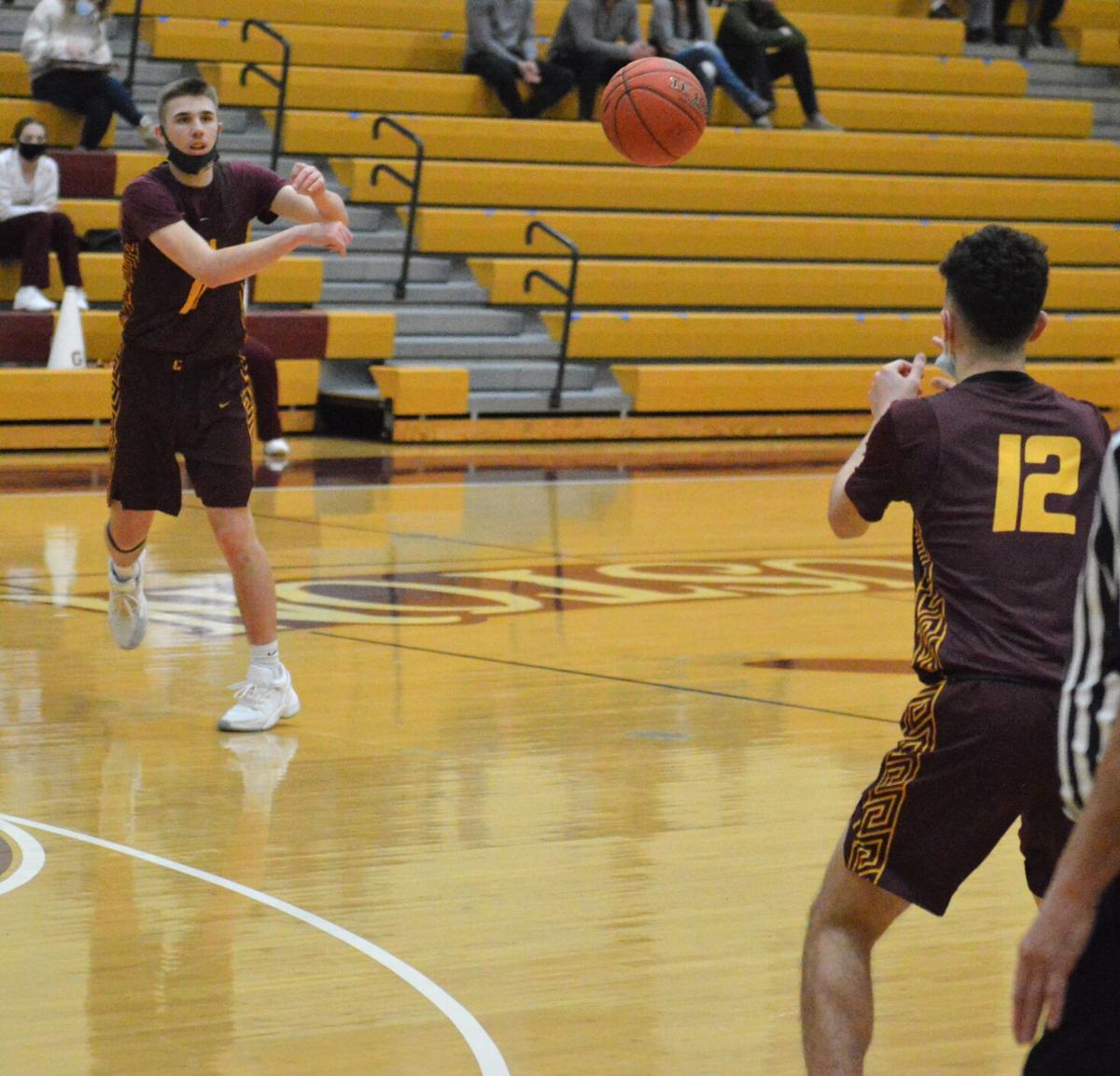 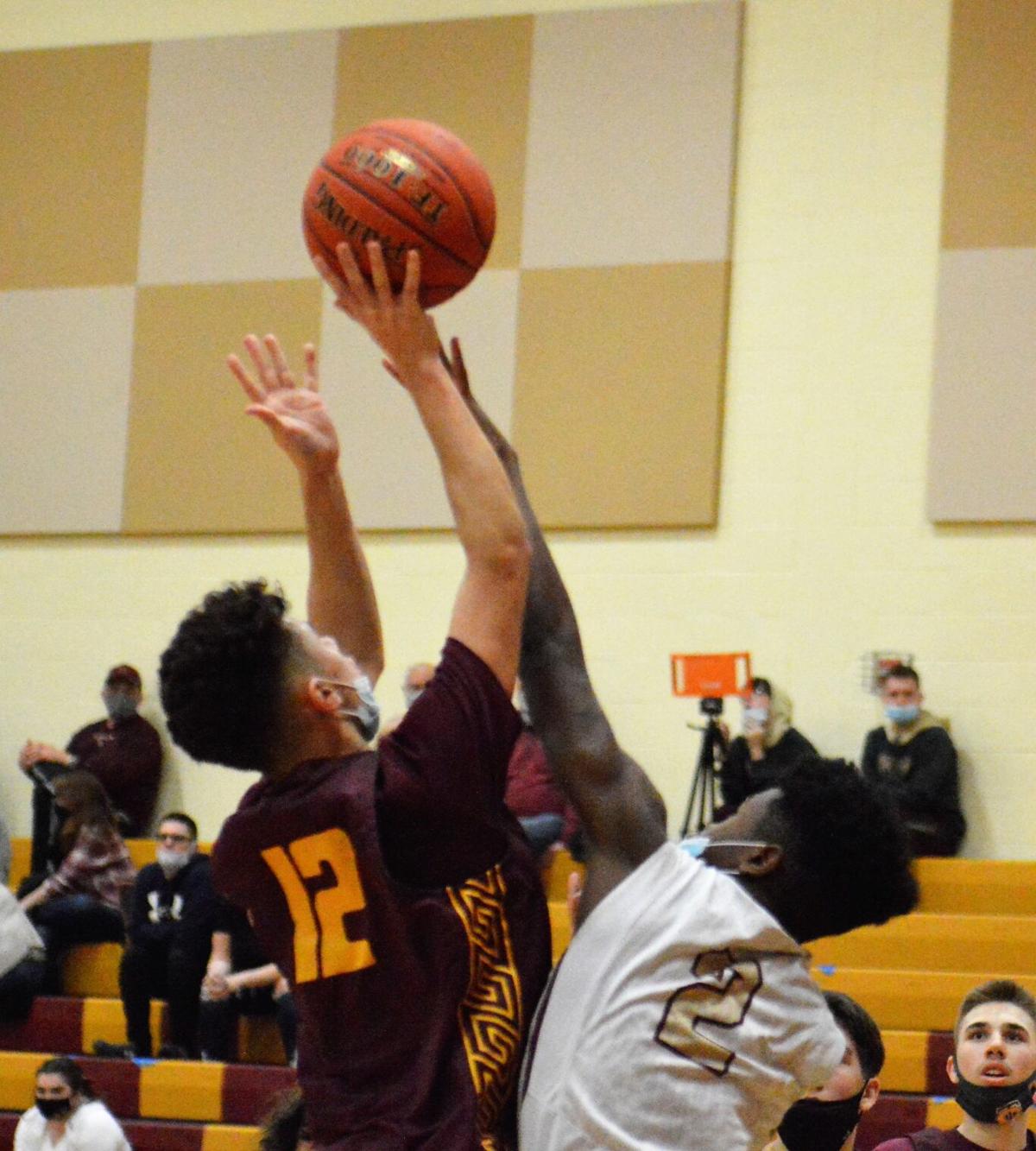 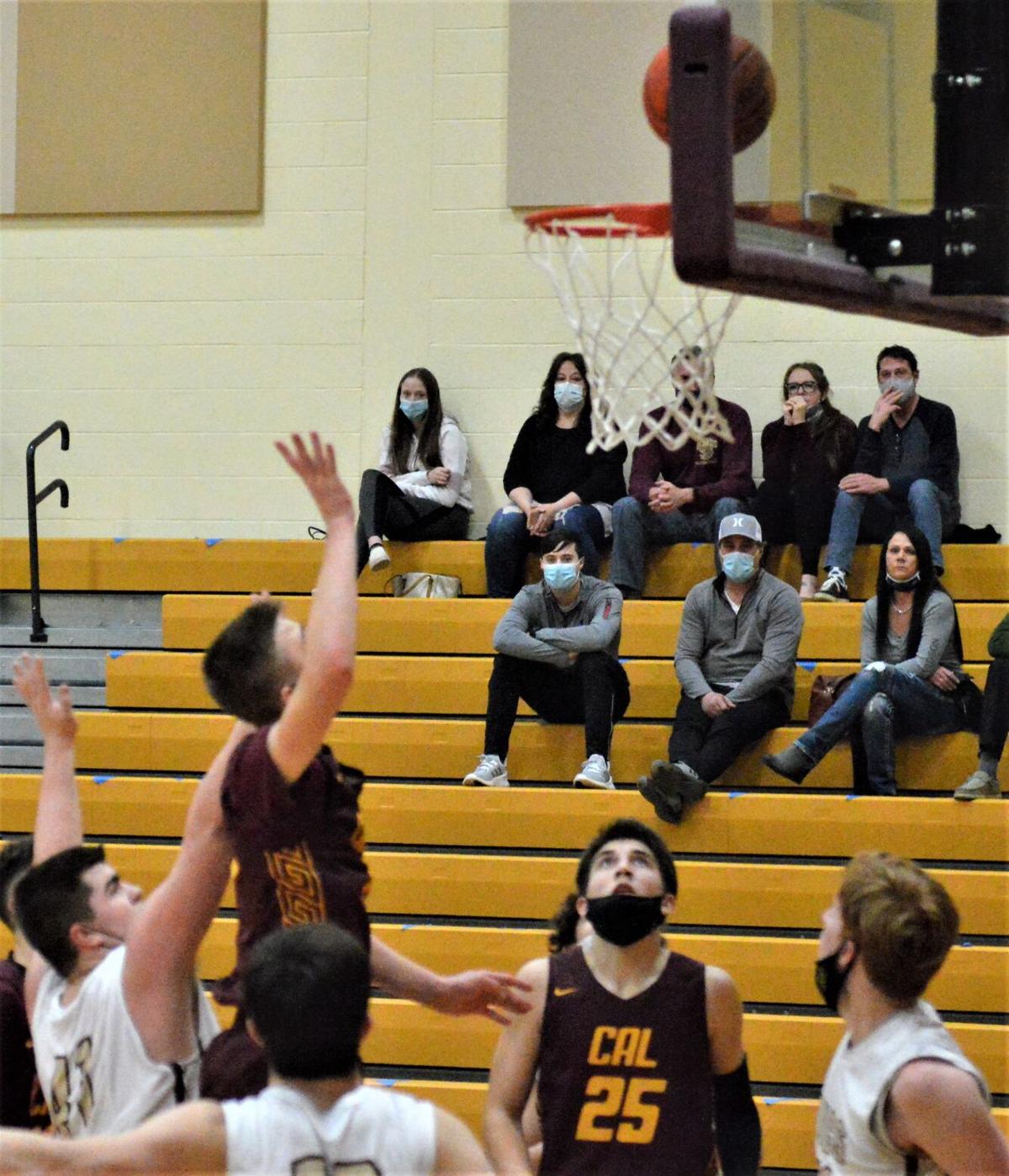 California's Payton Conte puts in a shot during Saturday's WPIAL Class 2A playoff game at Chartiers-Houston.

California coach Aaron Balla greets Payton Conte as he walks off the court after the Trojans’ 55-48 win at Chartiers-Houston in a WPIAL playoff game Saturday afternoon.

California's Payton Conte puts in a shot during Saturday's WPIAL Class 2A playoff game at Chartiers-Houston.

HOUSTON — Nate O’Savage scored 11 of his game-high 27 points in the decisive fourth quarter to lead California to a 55-48 win over host Chartiers-Houston in a WPIAL Class 2A boys basketball preliminary round playoff game Saturday afternoon.

“He had a big game,” said California coach Aaron Balla. “We want him attacking the hoop and getting to the free throw line.

“We also attacked on defense as we went back to our man defense.”

Speaking of the free throw line, there were 47 fouls called in the game with three Buccaneers fouling out and two Trojans.

“If I had to point to one thing, maybe foul shooting for us as we were just a touch over 50 percent and I think some were one-and-one’s,” he said. “We did a great job getting to the line, and so far this year, we had been pretty good.

“I thought we attacked the rim and I thought we did a good job of attacking offensively as we want the guys to get things out of the context of the offense.”

Early on, neither team could grab control of the game.

Most of the first half was evenly played as it wasn’t until a California run late in the second quarter that opened things up.

Prior to the California run, neither team led by more than three points in the first half.

California’s season began with expectations of winning Section 4-AA, but it was halted in preseason camp and then again during the season.

Balla said that this win tastes even better because of the chaos his team has faced.

“We had big energy early, we came out with much more positivity and addressed some things the last two practices,” he said. “We can still make a run.

“After everything this season, they deserve this and this is the turning point with trust and senior leadership.”

Austin Arnold (18) and Vaden (13) paced the Bucs and Tranquill spoke highly of his two seniors.

“They had great years and are great kids,” he said. “We are really going to miss them as they were key pieces to the puzzle and we will have to work hard to replace them.

“I am really proud of the team and they have come a long way.”

For the Trojans and their six seniors, they fight to play another game as they head to top-seeded OLSH for a first-round game Wednesday at 6 p.m.

“I am excited about playing the best and the kids are too,” Balla said. When you get to match up against the best, you get to see where you stand as a team.”