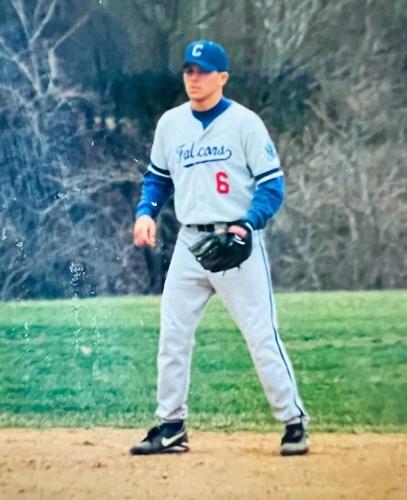 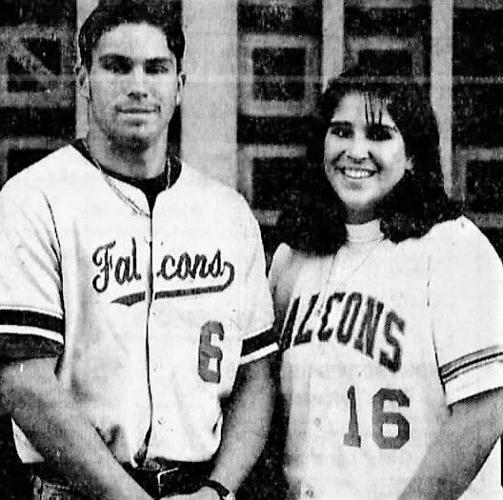 Jerry Pepe and his sister Janelle were star players in baseball and softball at Connellsville.

Jerry Pepe and his sister Janelle were star players in baseball and softball at Connellsville.

The name Pepe is revered in Connellsville High School sports circles. Janelle was a record-breaking softball hurler and older brother Jerry was an outstanding baseball player.

Janelle was profiled in a Memory Lane in 2014. We are focusing on brother Jerry in this Memory Lane.

Pepe got started in athletics early and it truly was a family affair.

“My father and mother had me playing ball at an early age,” Pepe recalled. “I was four years old playing in the backyard and mom throwing me balls and my dad throwing to me. Mom was in her nightgown in the yard throwing and hitting fly balls. My dad played fast-pitch softball which of course led to my sisters participation, but our family loves baseball and softball.”

Connellsville was blessed with an outstanding youth baseball programs and Pepe flourished.

“I started in Bullskin Little League,” Pepe stated. “I played Teener and Pony League, in Teener League I played for a coach who was very impactful for me, Jeff McWilliams. I played Legion baseball. I had a blast playing Legion ball for Bill Petko.

“My class at Connellsville had 12-to-15 players and we actually got to the point where in ninth grade they had to divide us into two teams because they wanted to continue developing all these kids. We eventually migrated into my sophomore and junior years to where you combine into one team.

“We had a great legacy and tradition in Connellsville baseball. We were aware of the teams that preceded us. Coach (Tom) Sankovich always advocated for me and his son Brian is someone I looked up to.”

Pepe played for coach Bob Renzi with the Falcons on teams that finished 13-8 in 1995 when he played one varsity game. His junior campaign in 1996 Pepe batted over .300 on a team that went 17-5 and lost to Penn Hills in the WPIAL playoffs, 9-2.

In 1997 Pepe had a tremendous senior season. He set the Connellsville single-season batting record hitting, .556, eclipsing the .521 mark set by Brian Sankovich in 1987. The Falcons were 16-4 that season and lost in the WPIAL playoffs to eventual champion Franklin Regional, 8-4.

“We won the section all three years at Connellsville,” Pepe offered. “I had an excellent relationship with coach Renzi. I’ll never forget a conversation he had with me and he said I think you can break our school batting average record and he was right. I was a catcher and second baseman at Connellsville. I played my entire senior season at second base.”

Pepe had a career batting mark of .437 for the Falcons and was All-Section as a junior and a senior and First Team All-County both years. He was named Pittsburgh Post-Gazette athlete of the week along with sister Janelle.

“I was proud of the honors I received,” Pepe said. “Great to be part of a great legacy in Fayette County.”

When Pepe graduated in 1997 he sifted through several college baseball scholarship offers.

“I had a few Division-1 schools offering,” Pepe explained. “I was waiting for Pitt, Duquesne or West Virginia to offer and late in my senior season Duquesne extended an offer to come in as a catcher. I was elated to play Division-1.

“At Duquesne, I played 1999 through 2001 and I was a three-year letterman and starter as a catcher,” Pepe said. “In 1999 I was very proud of that year and that team. We were ranked in the nation in hitting that year for team average at .314.”

“I was a medical red-shirt my first year,” Pepe said. “My senior year I had a wrist injury.

“Looking back it was a great decision to go to Duquesne. Coach Mike Wilson made that program and it was the best decision of my life. Duquesne did away with the baseball program and that was very disappointing, many former players feel they stabbed coach Wilson in the back.”

Pepe, 43, lives in Mt. Pleasant with his wife of 14 years, the former Beth Gill, who played softball with Pepe’s sister Janelle at Pitt. They have three children, eight-year-old Jerry, seven-year-old Colton and four-year-old Evie.

After graduating from Duquesne Pepe started his career and is transition coordinator at Carlynton High School. He has been at Carlynton for 20 years.

Looking back, Pepe is pleased with his career and the direction his life has taken.

“The greatest thing that came of baseball was the relationships and the friendships,” Pepe stated. “I learned great life lessons because of athletics.”