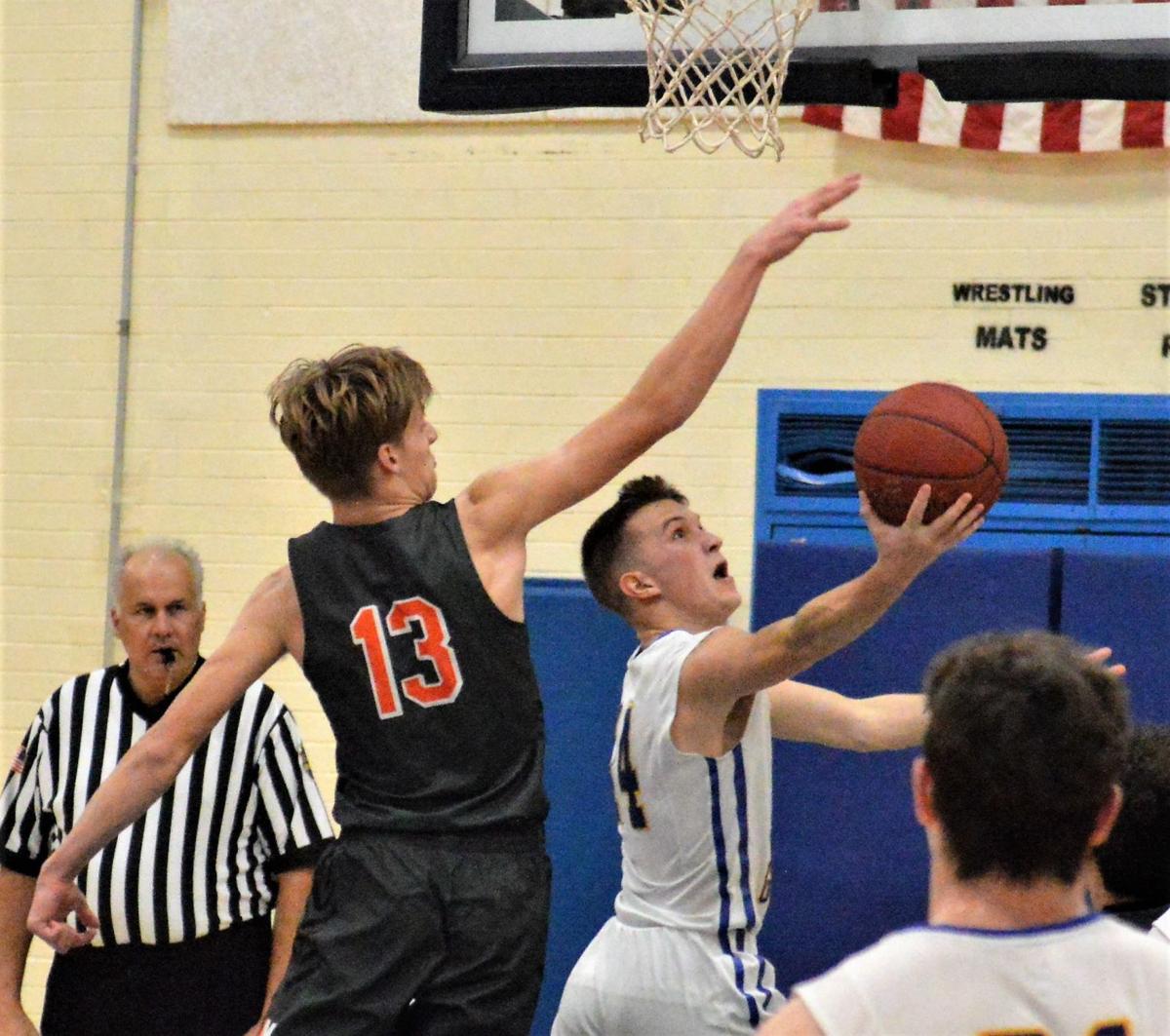 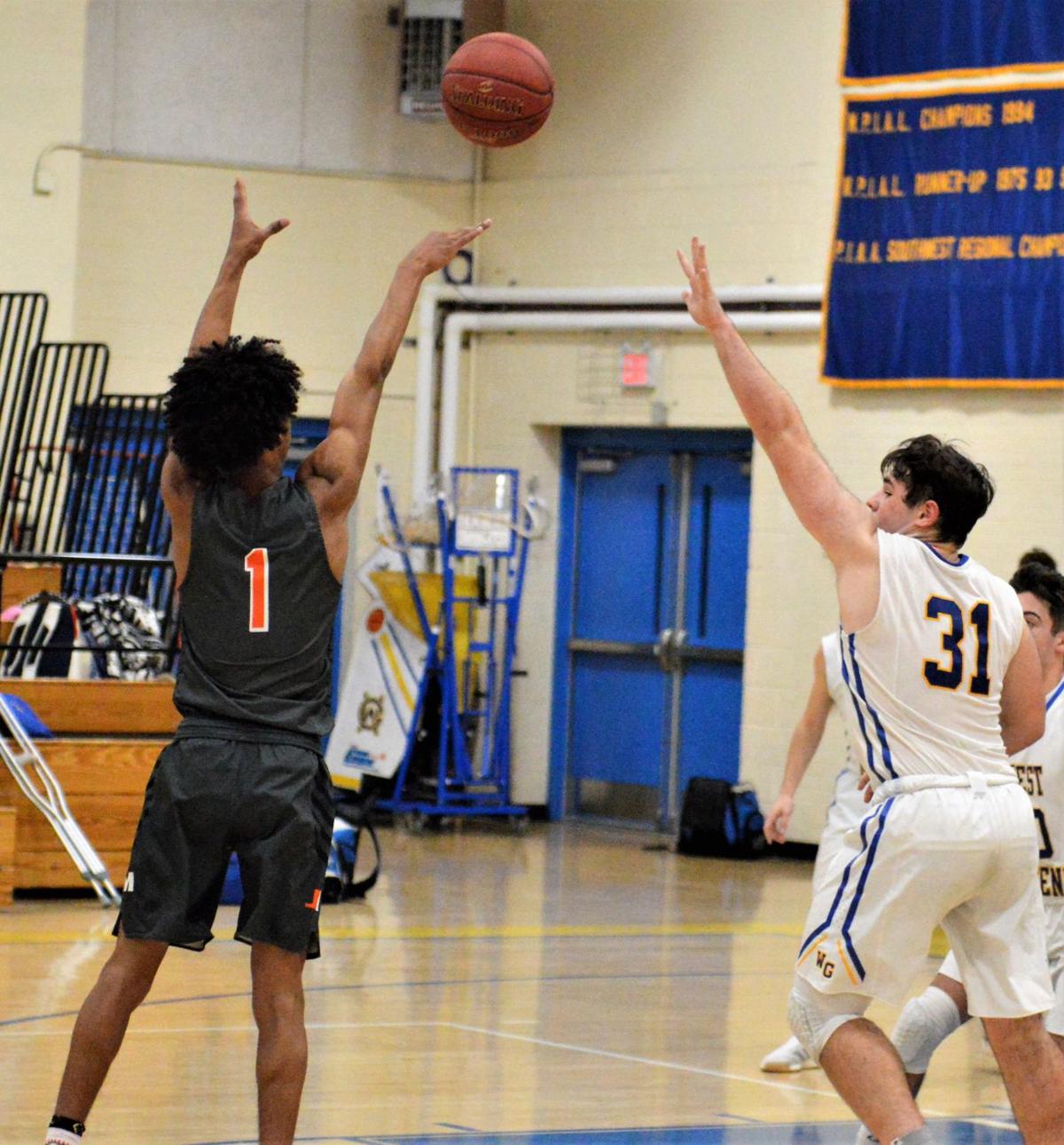 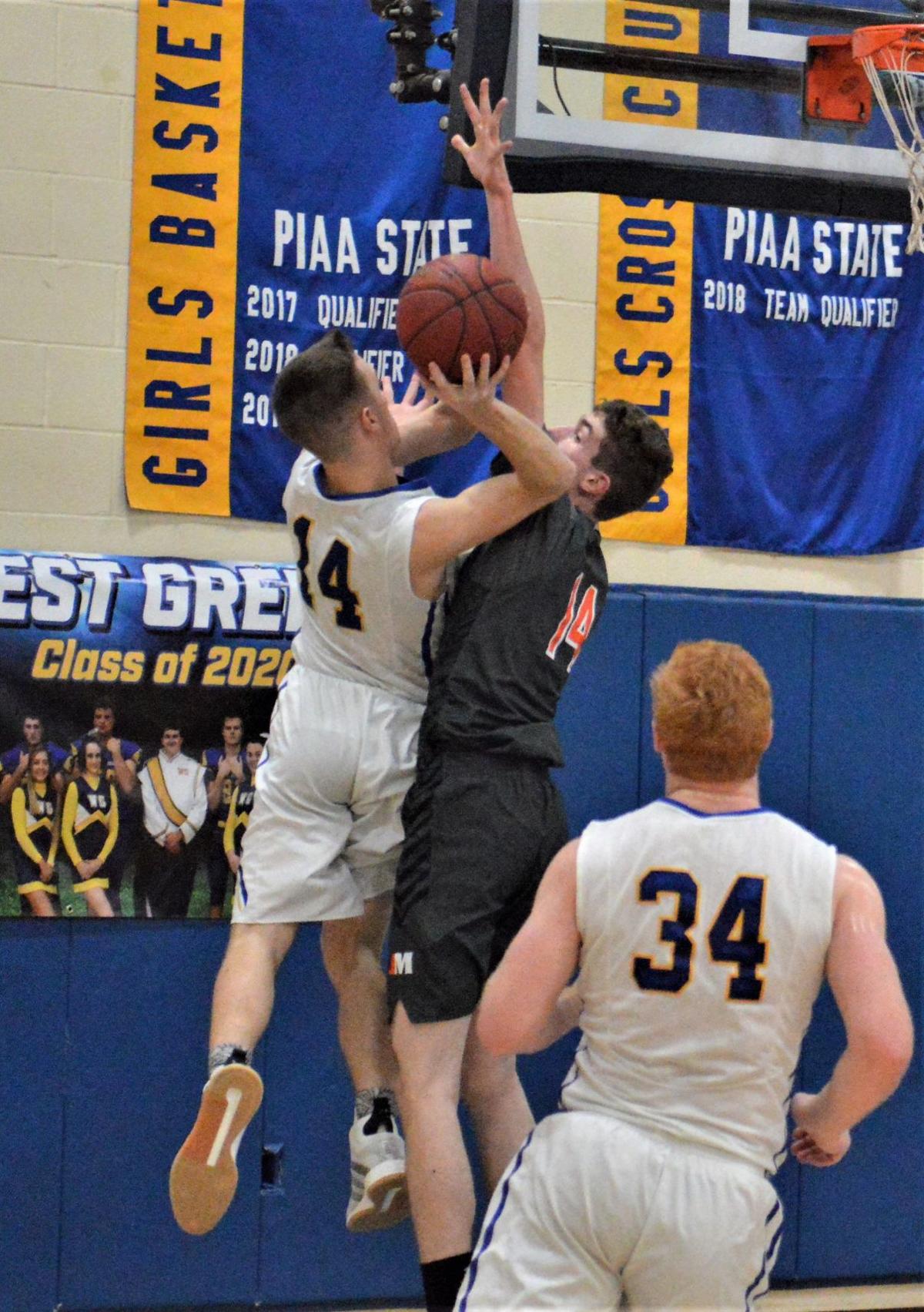 West Greene's Austin Crouse (14) is fouled by Jefferson-Morgan's Elijah Saeson as he attempts a shot during Tuesday night's game at West Greene. Crouse scored 17 points in the Pioneers' 53-46 victory. 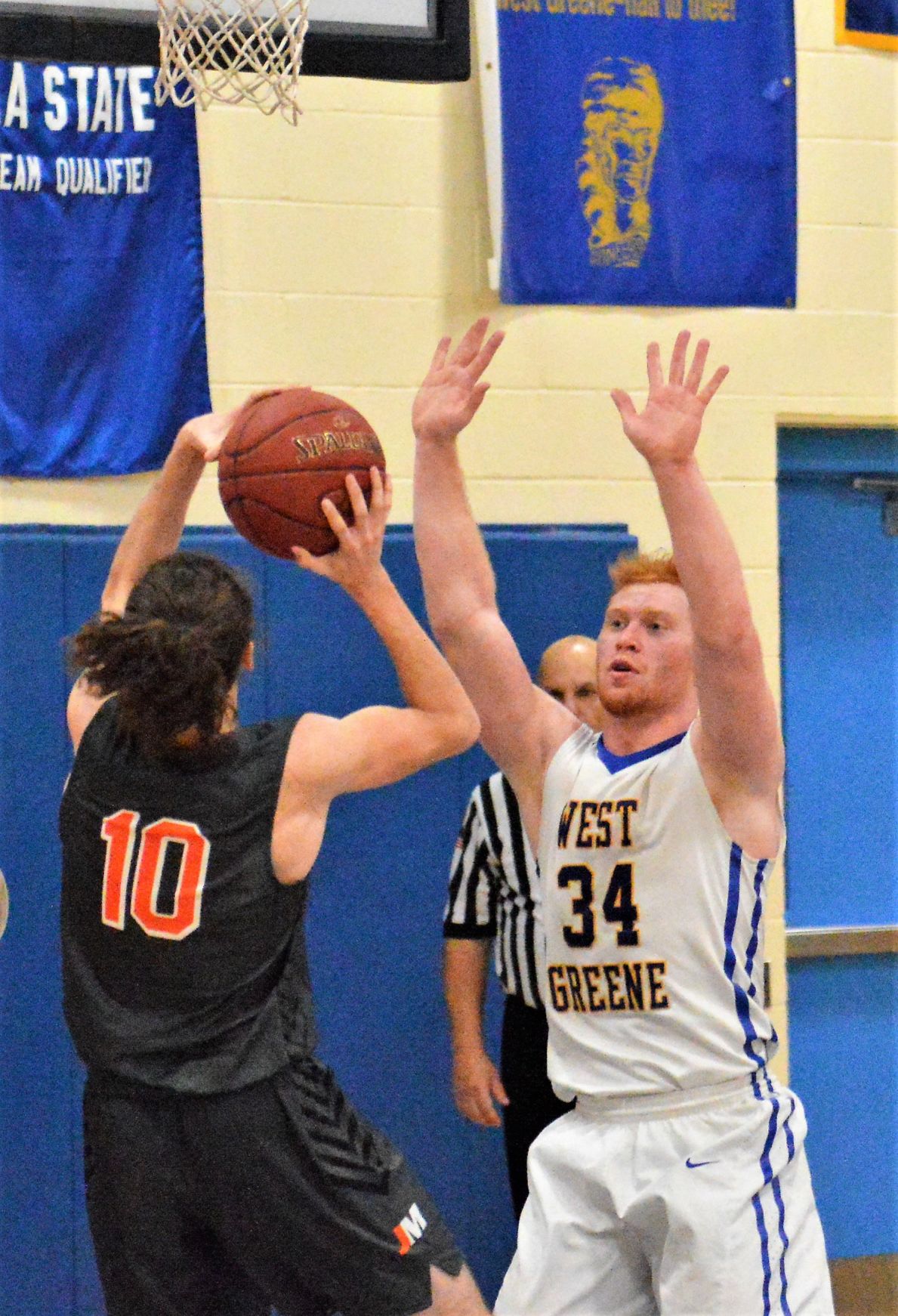 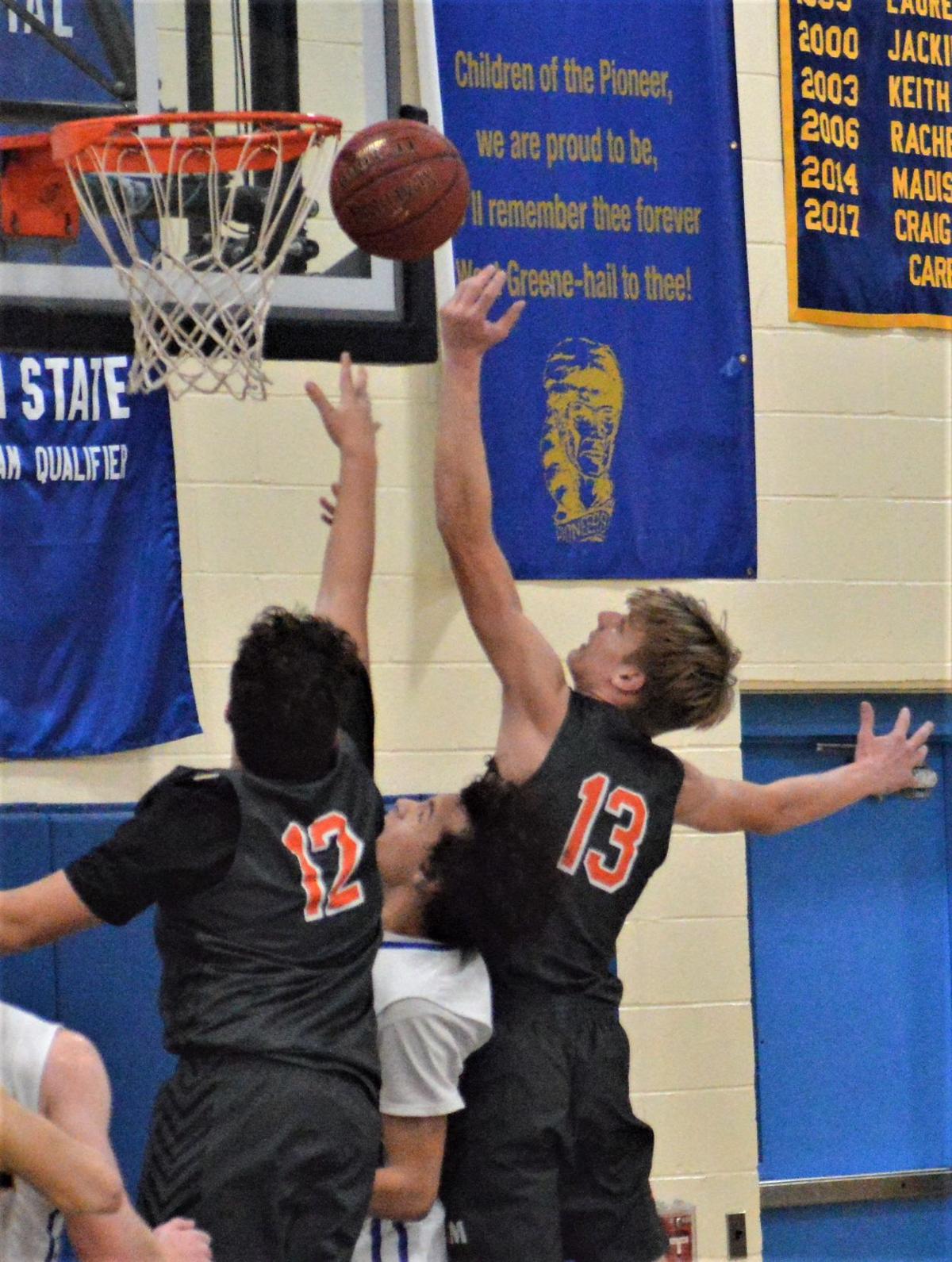 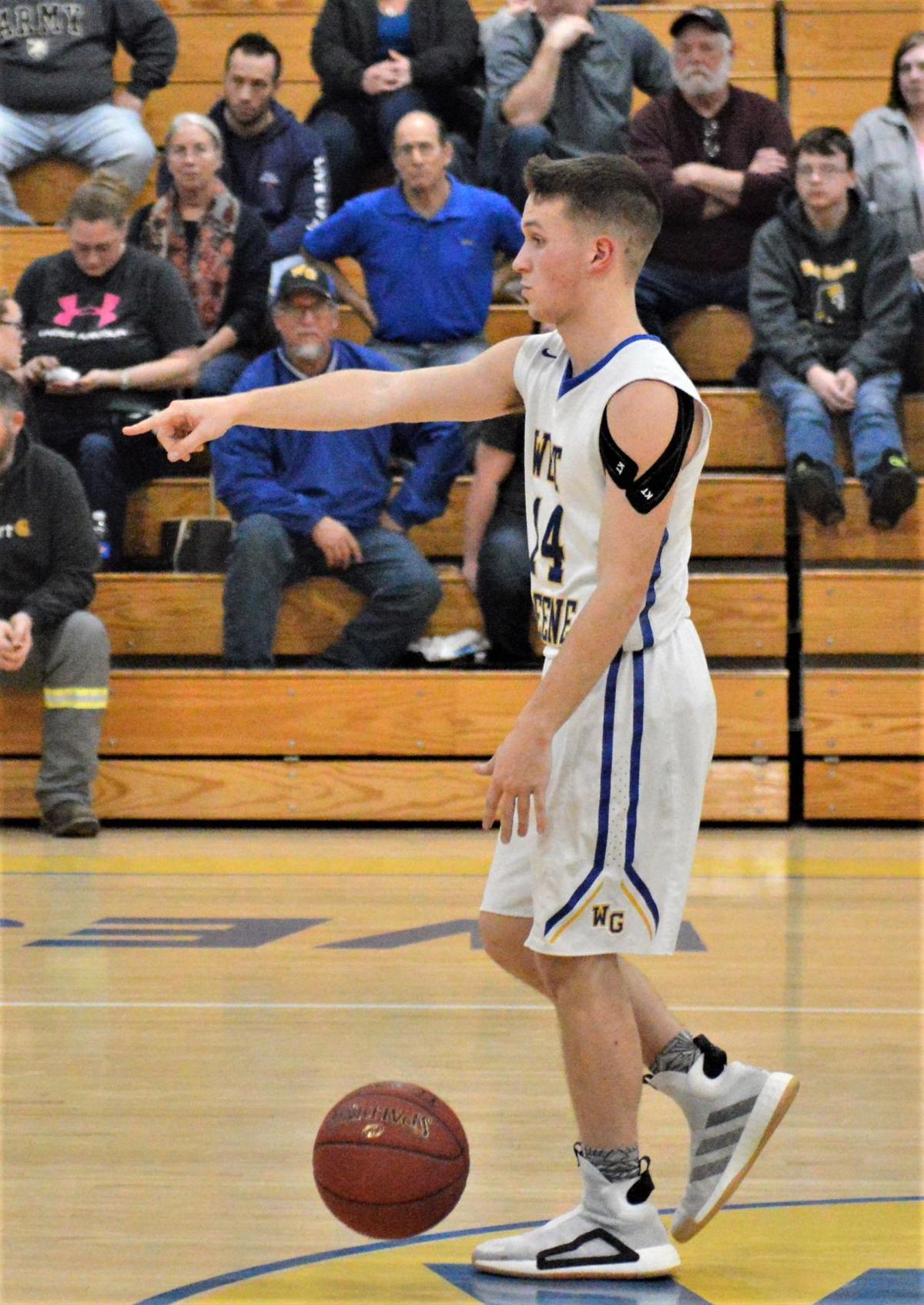 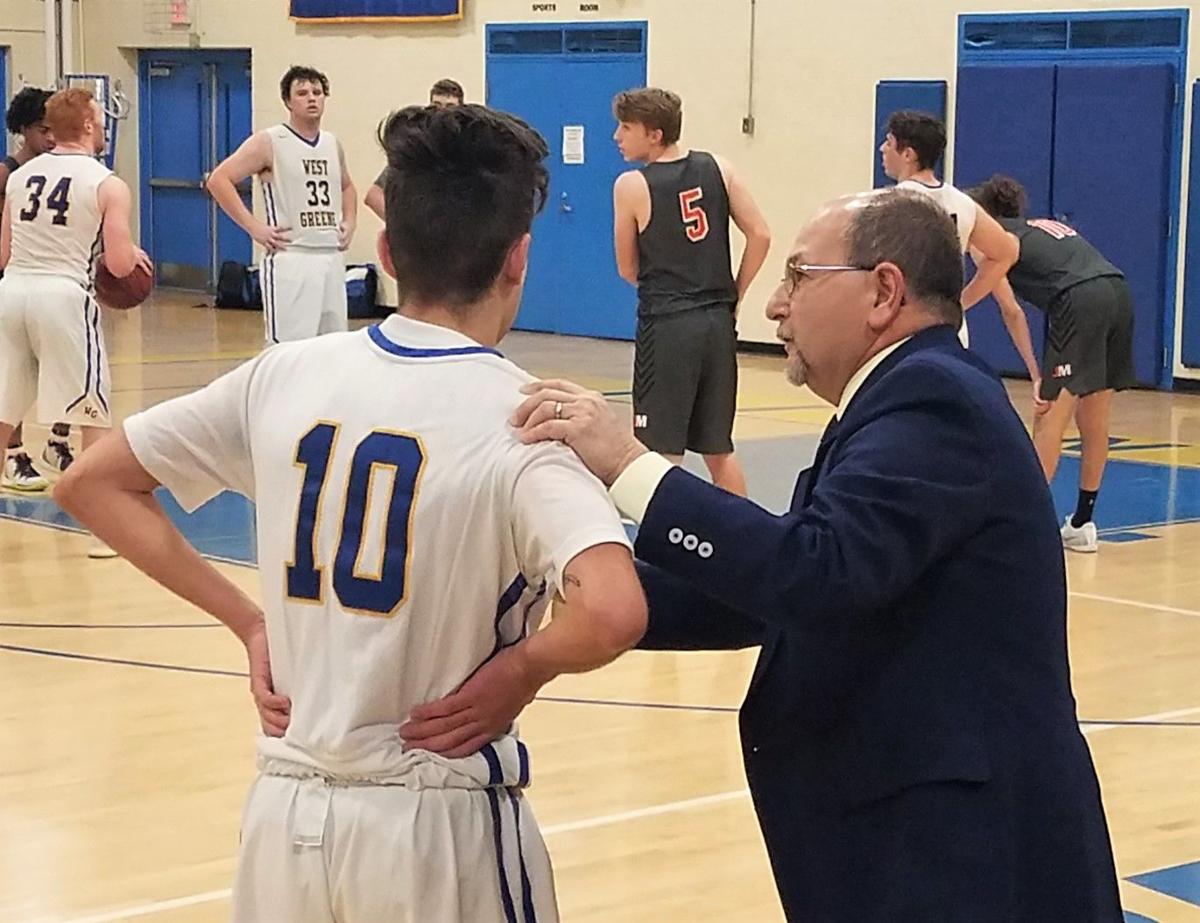 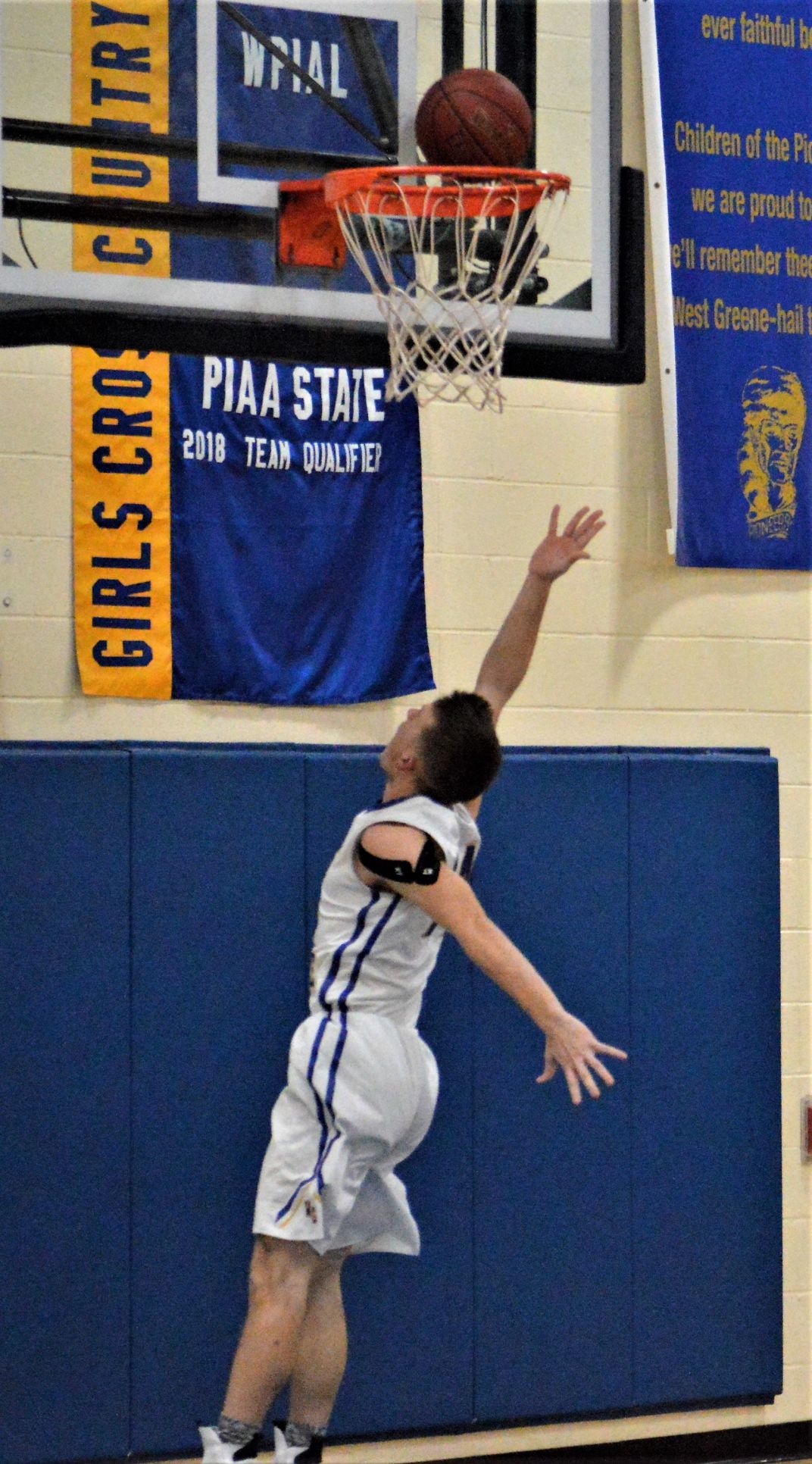 West Greene's Austin Crouse drops in a layup after making a steal against Jefferson-Morgan during Tuesday night's game at West Greene. 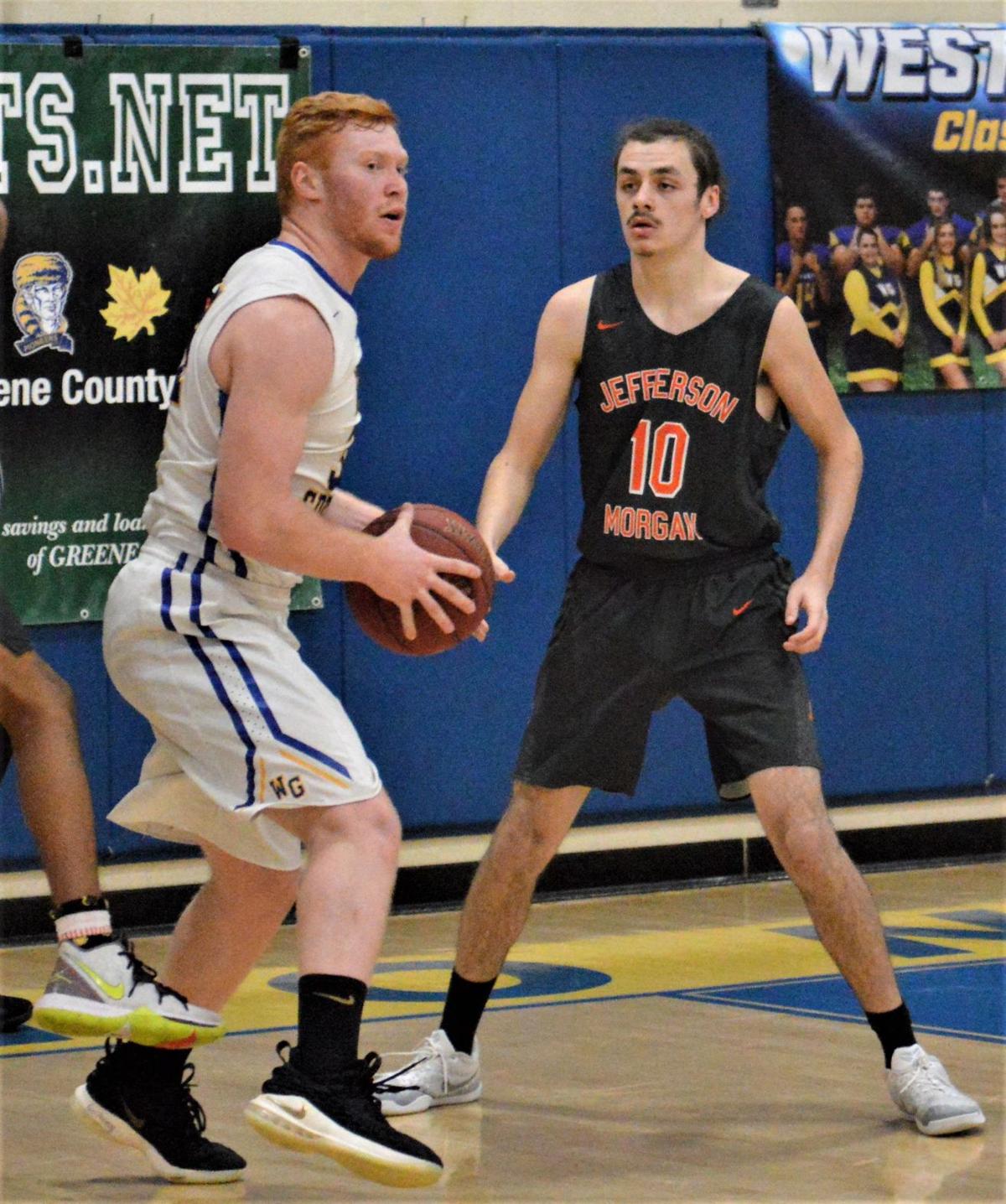 West Greene's Benjamin Jackson looks for someone to pass to after grabbing a rebound in front of Jefferson-Morgan's Tyler Kniha during Tuesday night's game at West Greene. 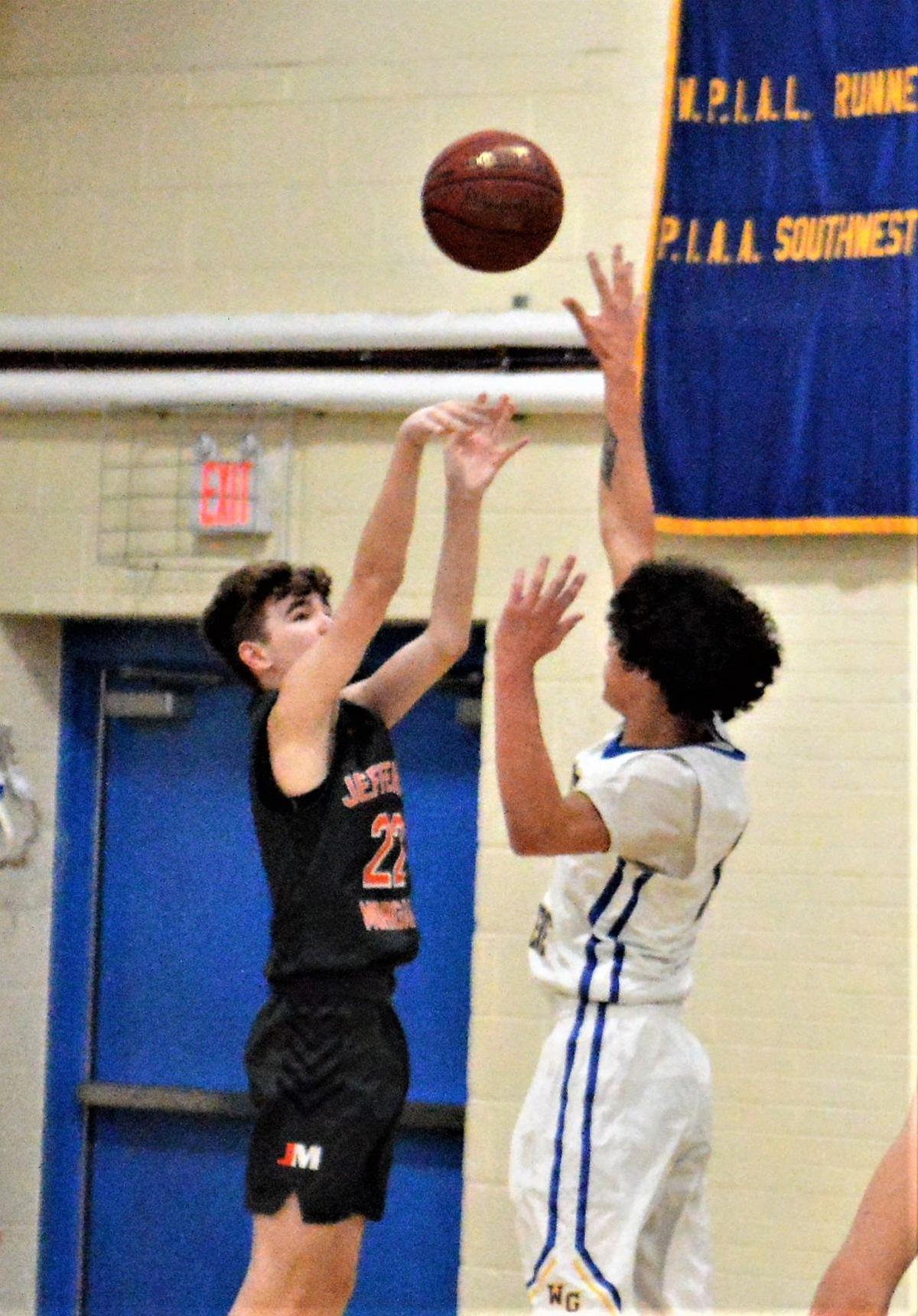 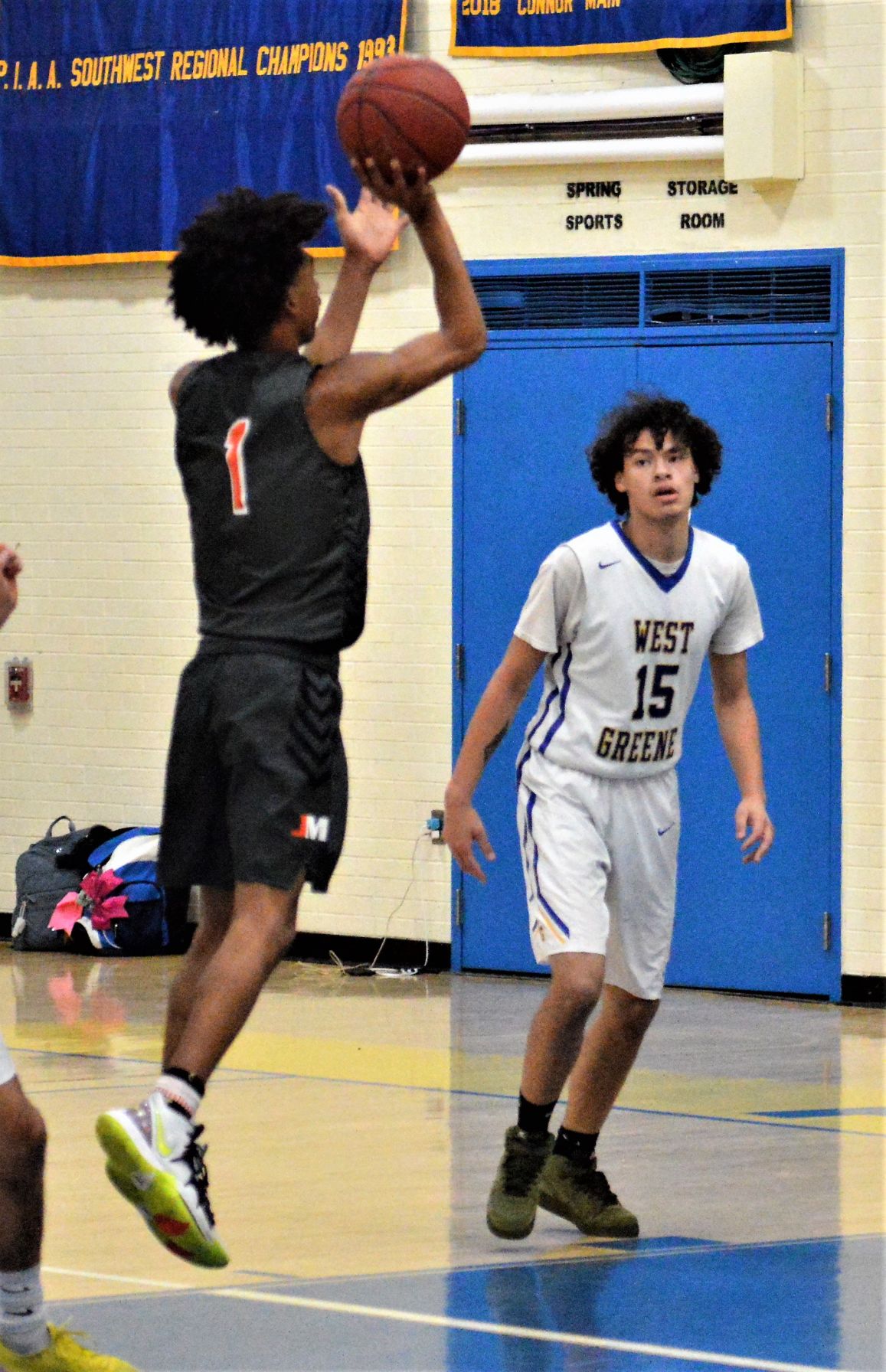 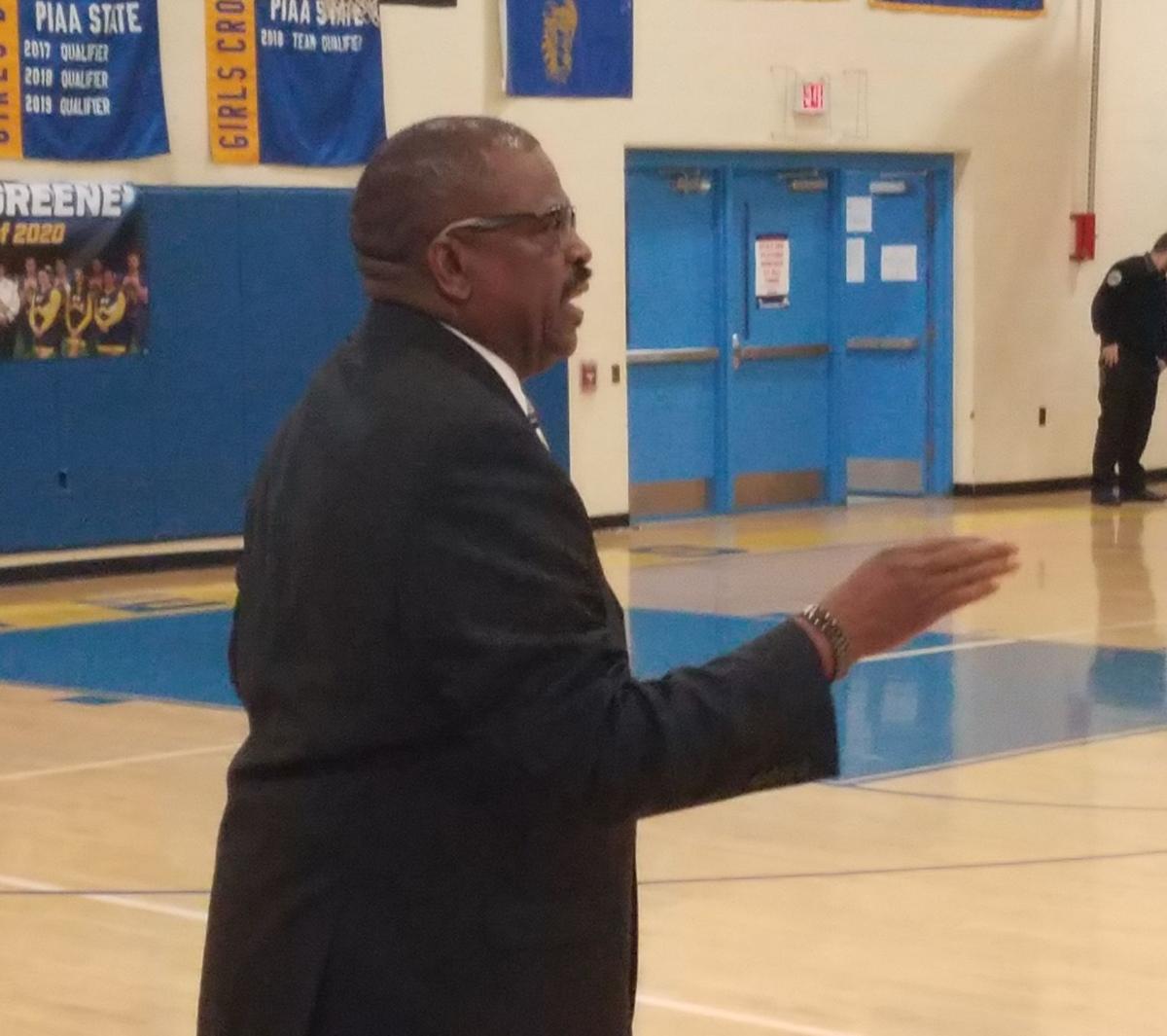 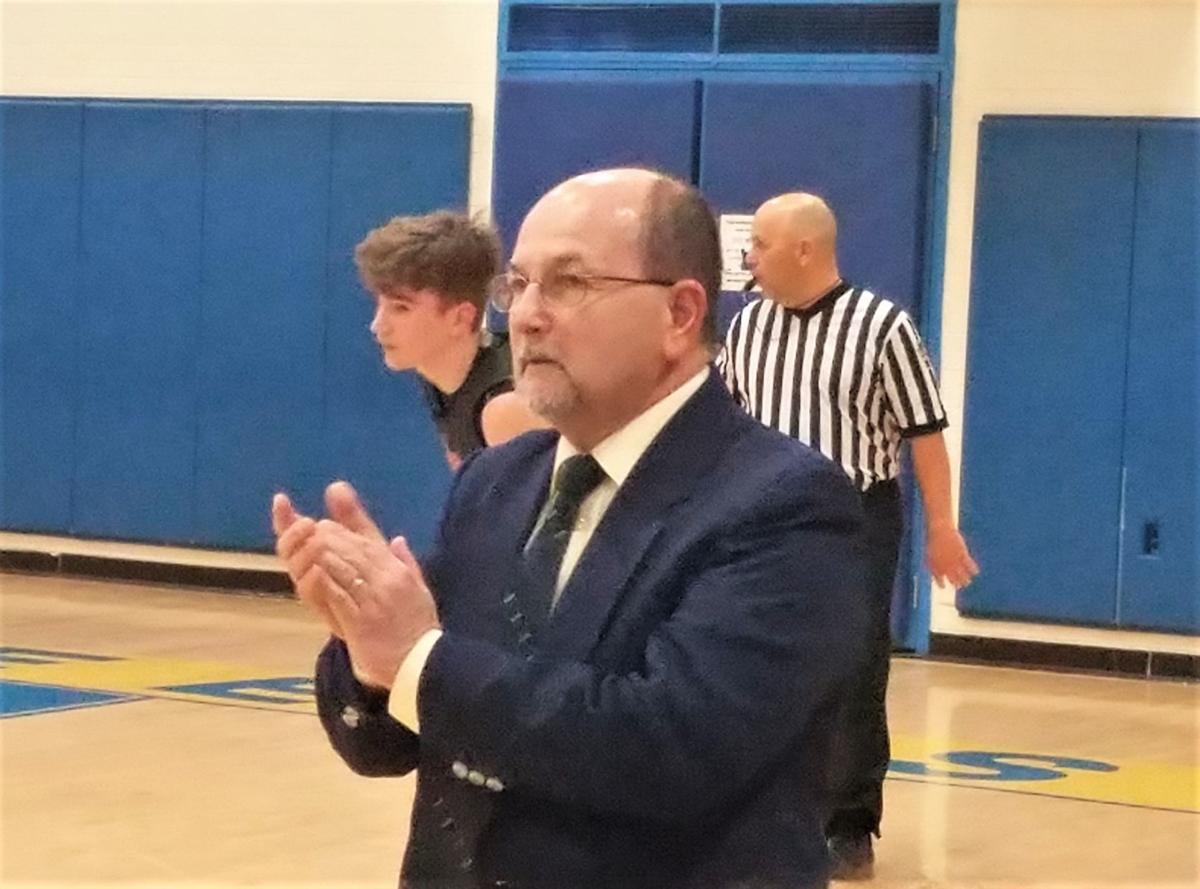 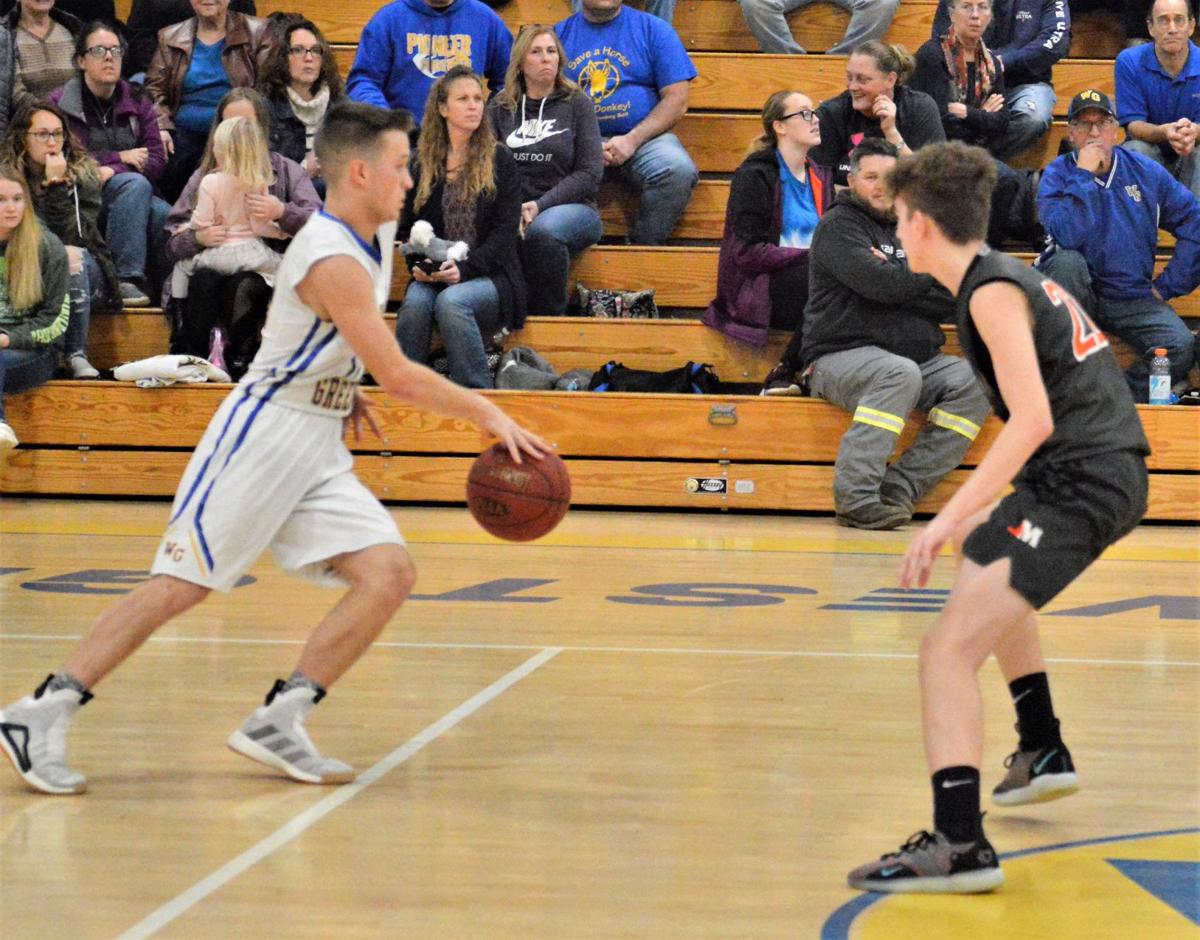 West Greene's Austin Crouse (14) is fouled by Jefferson-Morgan's Elijah Saeson as he attempts a shot during Tuesday night's game at West Greene. Crouse scored 17 points in the Pioneers' 53-46 victory.

West Greene's Austin Crouse drops in a layup after making a steal against Jefferson-Morgan during Tuesday night's game at West Greene.

West Greene's Benjamin Jackson looks for someone to pass to after grabbing a rebound in front of Jefferson-Morgan's Tyler Kniha during Tuesday night's game at West Greene.

ROGERSVILLE -- One burst wound up being the difference when West Greene entertained Jefferson-Morgan in a tightly fought Section 2-A boys basketball game on Tuesday night.

Austin Crouse hit a pair of 3-pointers during an 11-point run to start the second half to help propel the Pioneers past the Rockets for a key 53-46 victory.

Crouse made three 3-pointers in tying for game-high honors with 17 points and Corey Wise sank four 3-pointers, several at key moments, while scoring 16 points as West Greene (4-2, 5-6) maintained its hold on third place in the standings.

The Pioneers held a slim 25-24 halftime lead when Crouse's two 3-pointers sandwiched around a basket by Greg Staggers and a trey by Wise pushed the margin out to 12 at 36-24, forcing J-M coach Dennis Garrett to call a timeout.

"In the second half, especially at the beginning, we finally started making some shots," West Greene coach Jim Romanus said. "We had a lot of open looks in the first half and we just didn't hit many of them. That was a key stretch, no doubt."

"That was pretty much the turning point," Garrett said. "Because now when you're chasing, you use a lot of energy and it takes a lot out of you."

J-M's Troy Wright stopped the run with a 3-pointer at 4:08 and a free throw. The Rockets' Tajh Jacobs hit two foul shots in between baskets by West Greene's Benjamin Jackson, and then Cole Jones and Jacobs both sank 3-pointers to pull Jefferson-Morgan within four.

Crouse nailed a jumper in the final seconds of the period to give the Pioneers a 42-36 advantage.

Wright got J-M within three with his fourth and final 3-pointer early in the fourth period, but Wise countered with a trey. Buckets by Jacobs and Tyler Kniha whittled the gap to 45-43 before Jackson answered with a basket inside.

Jones' second trey sliced the gap to one but Wise again swished a clutch 3-pointer to put the Pioneers ahead 50-46 with 3:41 remaining and the Rockets could get no closer.

"Corey has been coming on," Romanus said. "He's been consistently giving us 11-12 points and eight-to-10 rebounds."

A free throw by Crouse with 36 seconds left and two by Caleb Rice with 19 seconds left sealed it for West Greene.

"He's our play maker," he said. "He breaks down defenses and that's what we need from our guards. That's how we created a lot of our open shots."

Jackson scored 13 points and played his usual strong inside game.

"Jacobs is really a phenomenal player and I was just glad that we were able to slightly contain him tonight," Romanus said. "They've got a nice ball club. They've got weapons. When we looked at them we were very concerned about what their kids can do."

West Greene is fourth among WPIAL Class A teams in fewest points allowed per game at 51.7 after limiting J-M to 46.

"Our coaches do a great job," Romanus said. "Ryan (Crouse) works real hard on our defense and Beau (Jackson) works with our post guys. We get together and decide the game plan. Tonight, overall, we executed it pretty well."

"I'm proud of the kids," Garrett said. "They fought the whole game. Tajh works hard for every point he gets. We got good play from our bench, too."

Garrett was particularly impressed by Wright and Jones, both freshmen.

"Troy played very well tonight," Garrett said. "He kept us in the game, especially early on. And I'm happy with Jones. He's starting to fit in pretty good. He's going to help us.

The first half was a back-and-forth battle. Two 3-pointers by Wright sparked a five-point run that put J-M ahead 13-9 late in the first period. Baskets by Wise and Jackson tied it at 13-13 heading into the second.

Two free throws by Kniha and a 3-pointer by Jacobs moved the Rockets in front, 24-22, late in the first half before Wise's 3-pointer put West Greene ahead to stay.