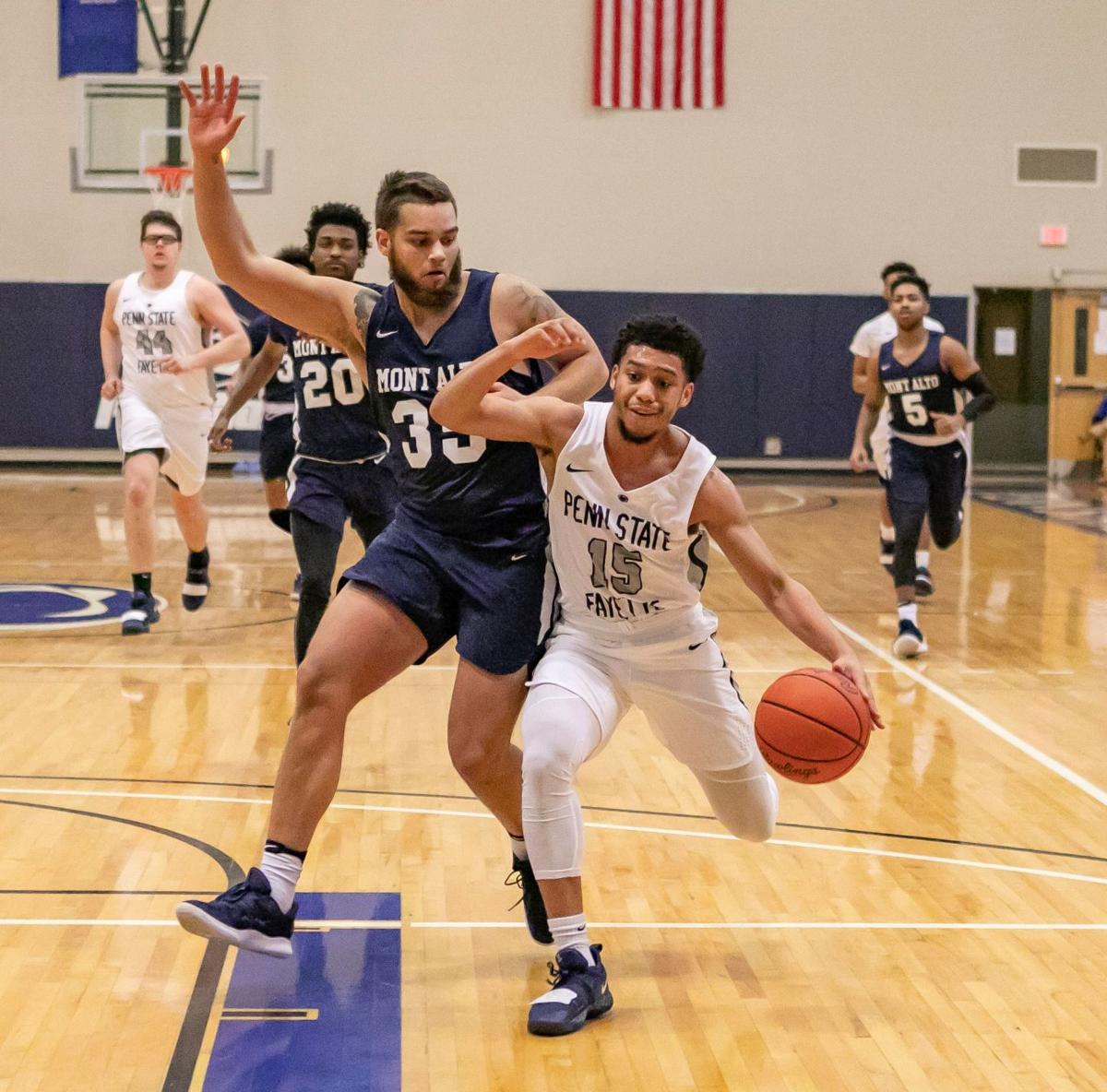 Albert Gallatin graduate Tavian Mozie drives to the basketball for a layup while playing for Penn State Fayette, The Eberly Campus. Mozie, a 1,000-point scorer in high school, also recently went over the 1,000 mark in college. 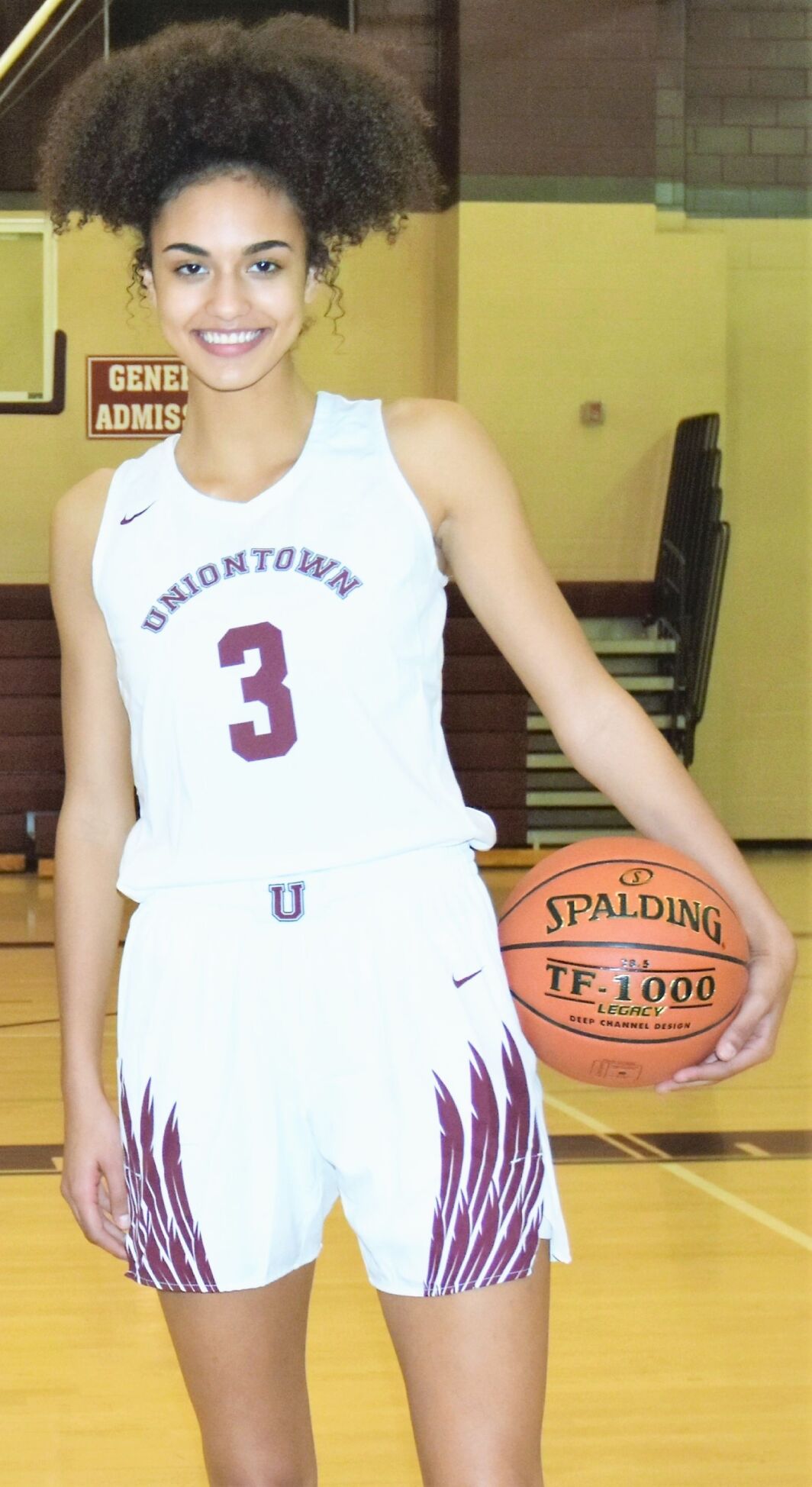 Mya Murray, who totaled over 1,000 points and 1,000 rebounds in her high school career at Uniontown, is currently starting for Brown University.

Albert Gallatin graduate Tavian Mozie drives to the basketball for a layup while playing for Penn State Fayette, The Eberly Campus. Mozie, a 1,000-point scorer in high school, also recently went over the 1,000 mark in college.

Mya Murray, who totaled over 1,000 points and 1,000 rebounds in her high school career at Uniontown, is currently starting for Brown University.

One of the proudest times for high school basketball coaches is to see their former players succeed at the college level.

Mya Murray, a 2020 Uniontown graduate who totaled 1,000 points and 1,000 rebounds for the Lady Raiders, is currently starting for NCAA Division-I Brown University.

Tavian Mozie, a 2017 Albert Gallatin graduate who scored 1,000 points for the Colonials, also hit the 1,000 milestone while playing for Penn State Fayette, The Eberly Campus on Nov.10.

Both players had their 2020-21 season wiped out by the COVID-19 pandemic but have come back strong in their return to the hardwood.

Murray, a 6-foot-2 forward, is averaging 8.1 points (tied for third on the team) and 5.4 rebounds (second) per game for the Bears. She also leads the team with 17 blocked shots and in field goal percentage (49 percent).

In a 72-68 win over Hartford, Murray hit nine of 10 shots, including both her 3-point attempts, in scoring a game-high 21 points, the most for a Brown player this season, with six rebounds and five blocks.

“I’m not surprised,” Kezmarsky said with a big smile. “Mya’s a worker. She knows what she wants and she earned that spot. She’s earned that spot since she was a little girl working towards her goals.

“I texted her the morning of that first game and I told her good luck, we’d be watching and she said thanks and that she missed being here and hopefully she can come back and see a game whenever they have some off time.”

Murray has started all but one game for Brown.

“I’m so proud of her, proud to see a hometown girl doing so well,” Kezmarsky said. “Ivy League, D-1 and succeeding. It’s not easy to leave home, especially a small town, but she’s not only doing the academic side of it but she’s away, pretty far away, and she’s being successful on the basketball court.

“It’s exciting. A couple of the girls went to Mom Maruca’s because they had a watch party and we had an open gym that night and they were all heading down there to watch her.”

Kezmarsky, a former Brownsville star who played college basketball at Point Park College, is hoping her current players and all local athletes are taking note of what Murray is doing.

“That’s good for local girls,” Kezmarsky said. “They can watch it online and see the success she’s having and it gives them something to work towards and something to be excited about for women’s basketball.”

Mozie, a guard, is averaging 13.5 points per game for his career with the Roaring Lions and has started 66 of the 79 college games he has played.

Fleenor, a former Woodrow Wilson High School (W.Va.) star who was a three-year starter at California University of Pa., made sure he was there for his former player’s big night.

“It was great to see,” Fleenor said. “I knew he was in the ballpark. Tavian texted me and said, hey, I have my first home game tomorrow night and I’m also 10 away from 1,000. He said I know you’re busy but I’d really appreciate it if you could make it.

“There was no second thought to that. I was there. That night he actually had 11 of his team’s first 15 points. He hit three threes and had an and-one where he missed the foul shot. He started off super hot. It was fun to see.”

“Any time there was some special occurrence in high school he always had a monster performance,” Fleenor said. “That was a bit of a lopsided win for them so Andy rotated in a lot of kids but if they had needed Tavian to score 30 he probably could’ve done it that night.

“I was really proud of him. That kid put in a lot of time and effort into this. For him to stay at Fayette for four years, typically that’s not necessarily always the way kids do it.”

Fleenor is happy to see Mozie, a business major, doing just as well in the classroom as he is on the hardwood.

“He’s slated to graduate in the spring, which for me, I told him after the game, I’ll be even prouder when you do that,” Fleenor said. “He’s worked really hard and has a lot of good things going for him. I’ve already spoken to him about coming back and talking to some of our guys. They need to hear his voice and his story. It’s important to get him back and try to show the different alternatives for whatever you want to do.

“You’ve just got to have an open mind and go make the best of the situation and do everything in your power to be successful. That’s what Tavian did.”