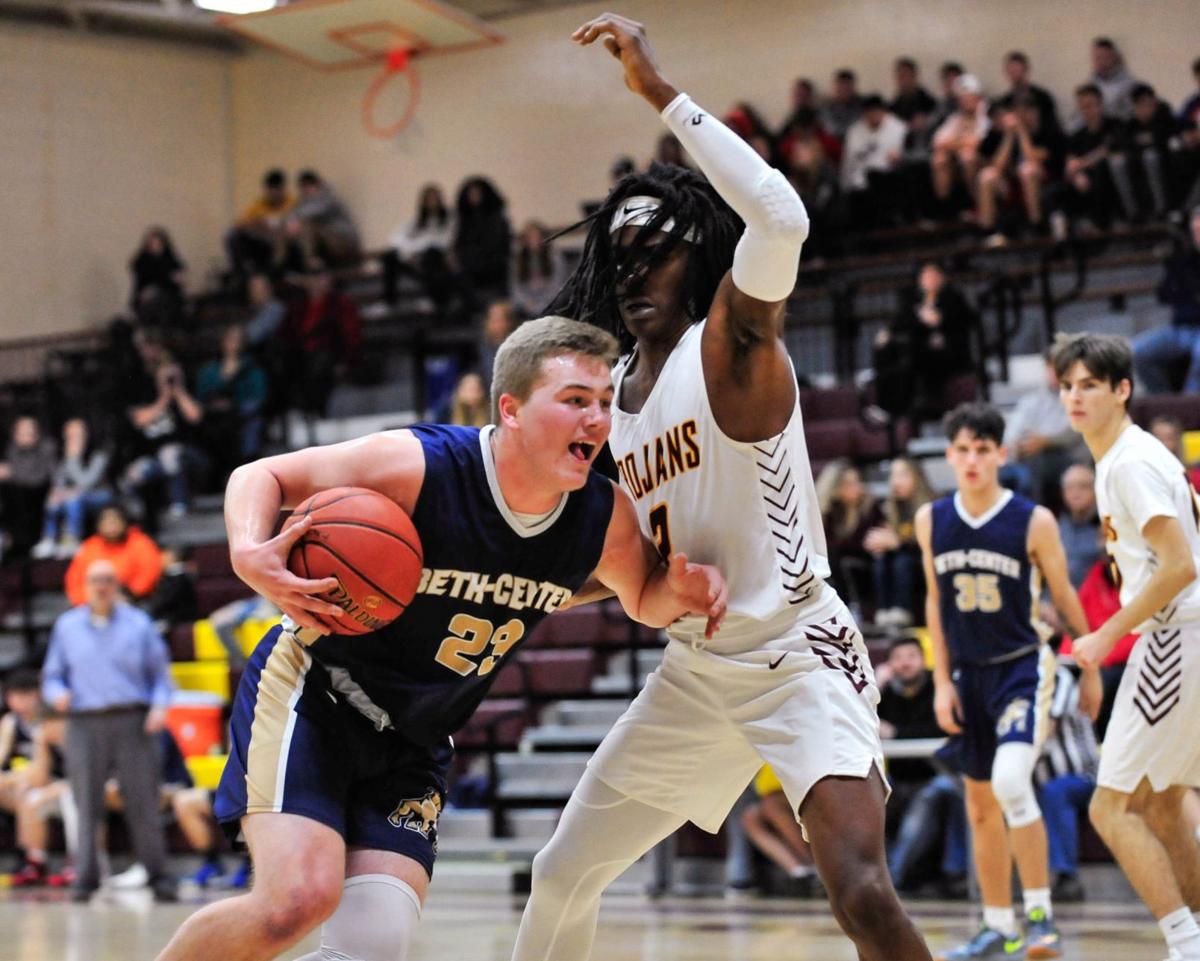 Beth-Center’s Easton McDaniel (23) tries to drive to the basket as California’s Malik Ramsey (2) defends during Wednesday night’s game at California. 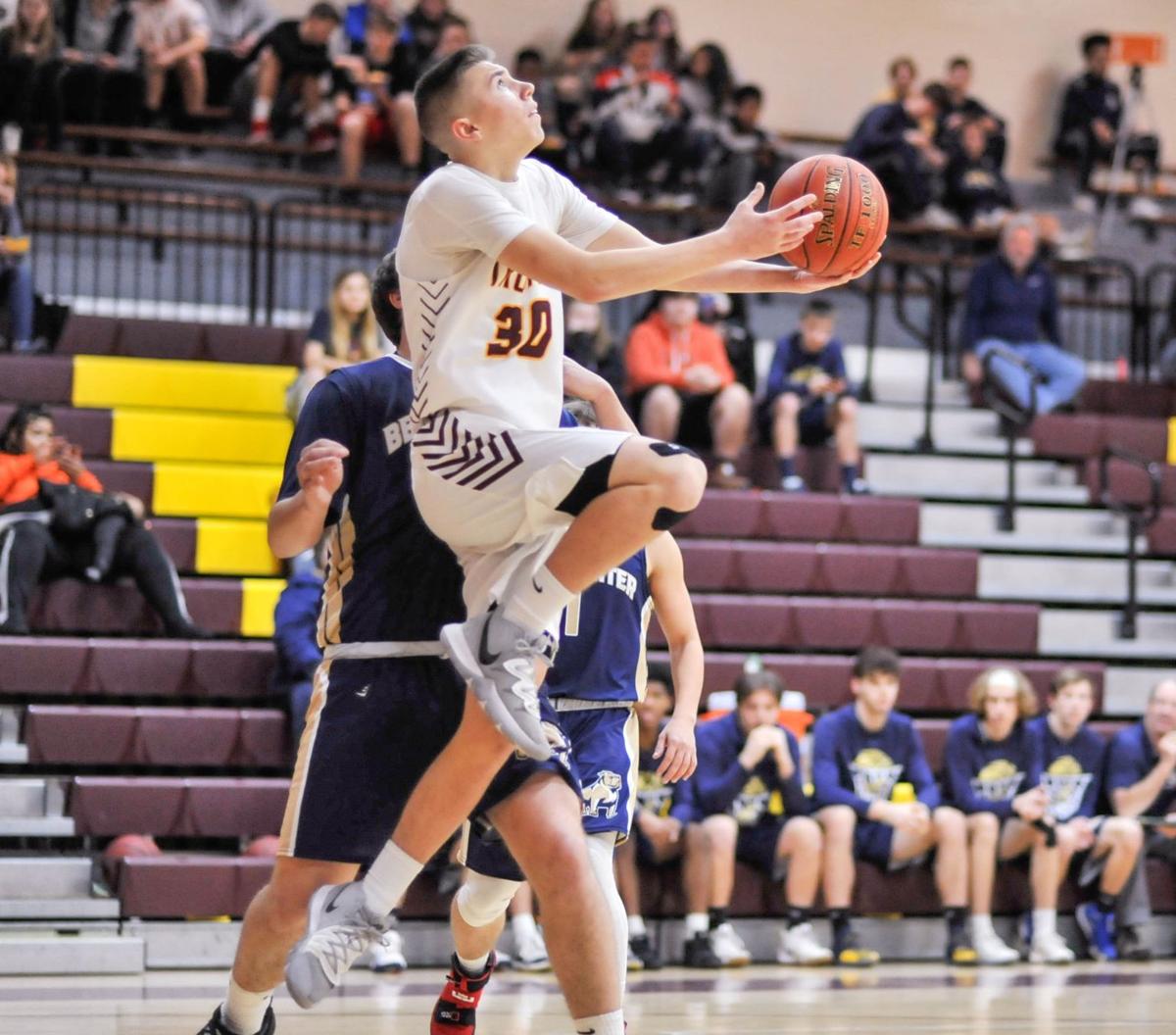 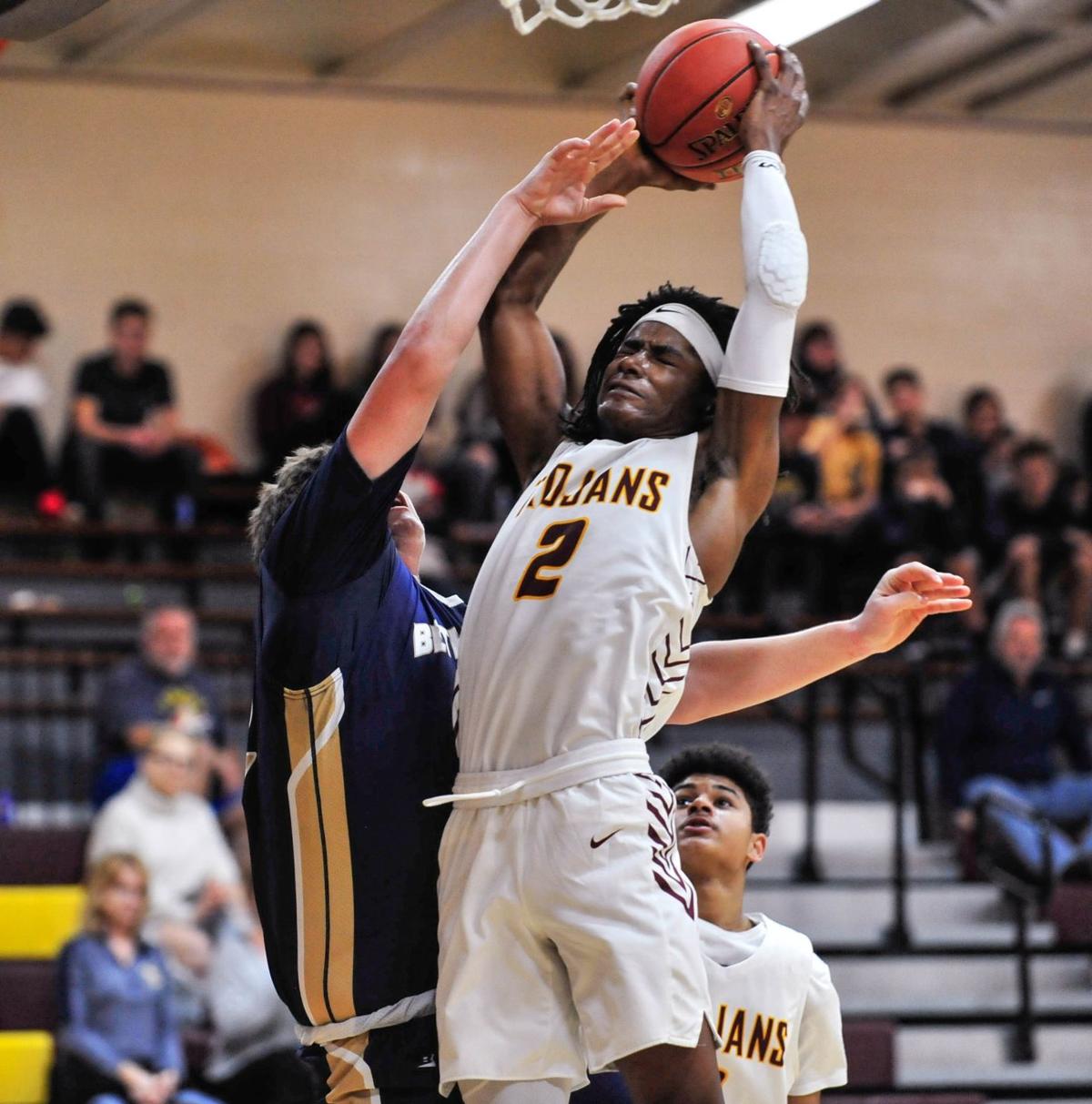 California’s Malik Ramsey (2) grabs a rebound in front of Beth-Center’s Cameron Palmer during Wednesday night’s game at California. Ramsey had 28 points and 10 rebounds in the Trojans’ 63-47 win.

Beth-Center’s Easton McDaniel (23) tries to drive to the basket as California’s Malik Ramsey (2) defends during Wednesday night’s game at California.

California’s Malik Ramsey (2) grabs a rebound in front of Beth-Center’s Cameron Palmer during Wednesday night’s game at California. Ramsey had 28 points and 10 rebounds in the Trojans’ 63-47 win.

The senior finished with 28 points, 10 rebounds, seven steals and six assists to pace the Trojans.

“The team came out and played together from the start,” he said. “Malik was trying to get guys involved and they hit shots.

“Guys made plays and that was big.”

Beth-Center coach Bill Greco did not hesitate when asked about what he felt the difference in the game was.

“We had 18 turnovers without a smidgen of any kind of pressure,” he said. “They did not press us once all night.

“And we missed a boatload of free throws.”

The Bulldogs (5-8) only made eight out of 20 free throw attempts.

Beth-Center’s defense gave California (7-7) problems early and the Trojans did not score until a Payton Conte three-pointer with 5:09 to go in the first, however, Beth-Center was only able to muster four points prior.

The teams exchanged baskets late in the quarter and the Bulldogs took a 14-11 lead into the second.

After the Bulldogs went on a 5-0 run, the Trojans ended the half on a six-point flourish to take a 26-25 lead into halftime.

In the third quarter, California took advantage of seven turnovers by the Bulldogs and outscored the guests 20-12 to take a 46-37 lead into the fourth.

Beth-Center could get no closer than five points in the fourth.

Bower scored all of his points in the first half.

Both teams return to section play Friday night as California is at Carmichaels in a Section 2-AA game and Beth-Center is at Frazier in a Section 4-AAA contest.