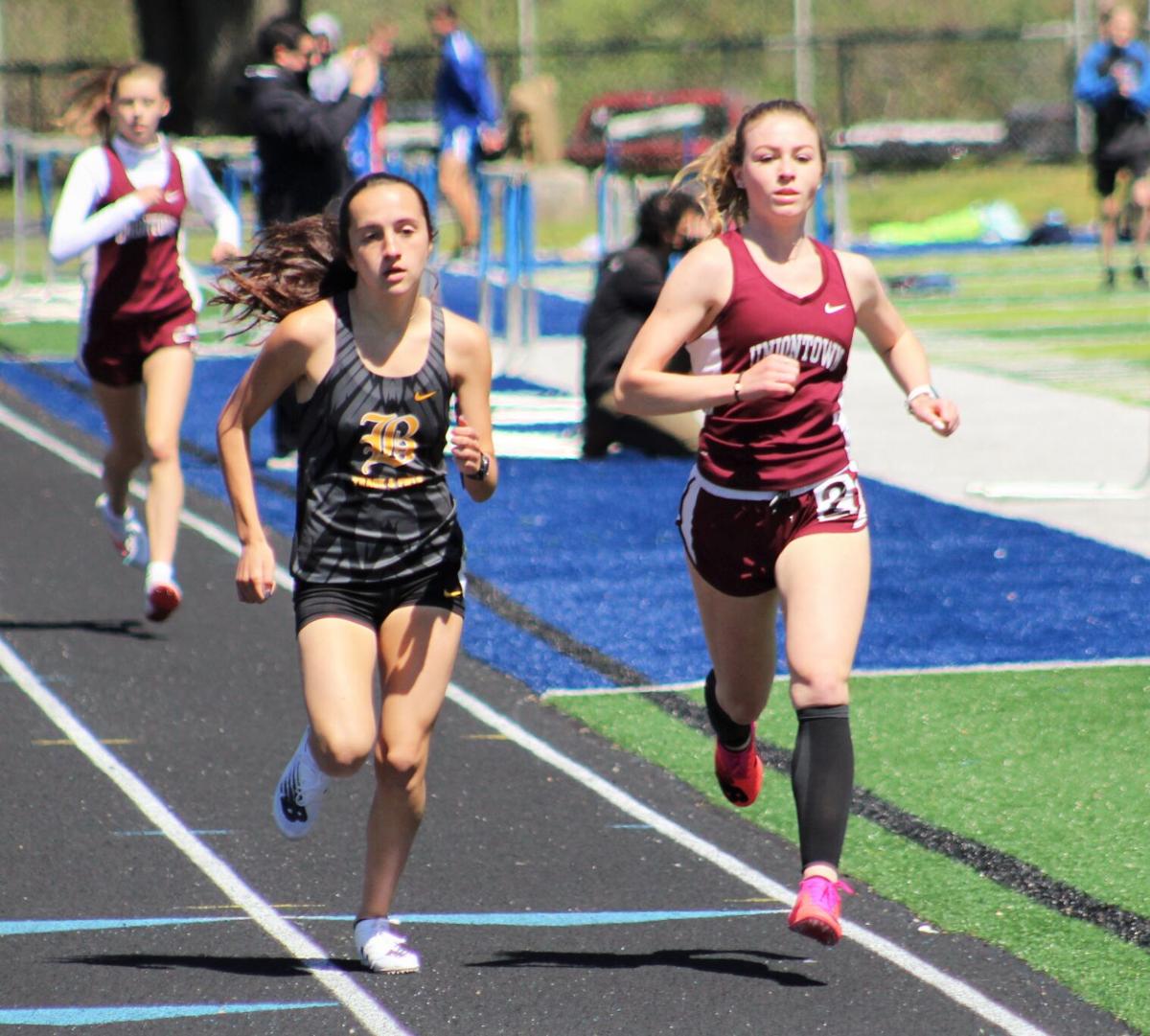 Brownsville’s Jolena Quarzo (left) and Uniontown’s Hope Trimmer run stride-for-stride as they complete the first lap of the 1,600 during Saturday’s FCCA Track & Field Championship held at Connellsville Stadium. Quarzo pulled away to win in a county meet record time of 5:03.99. 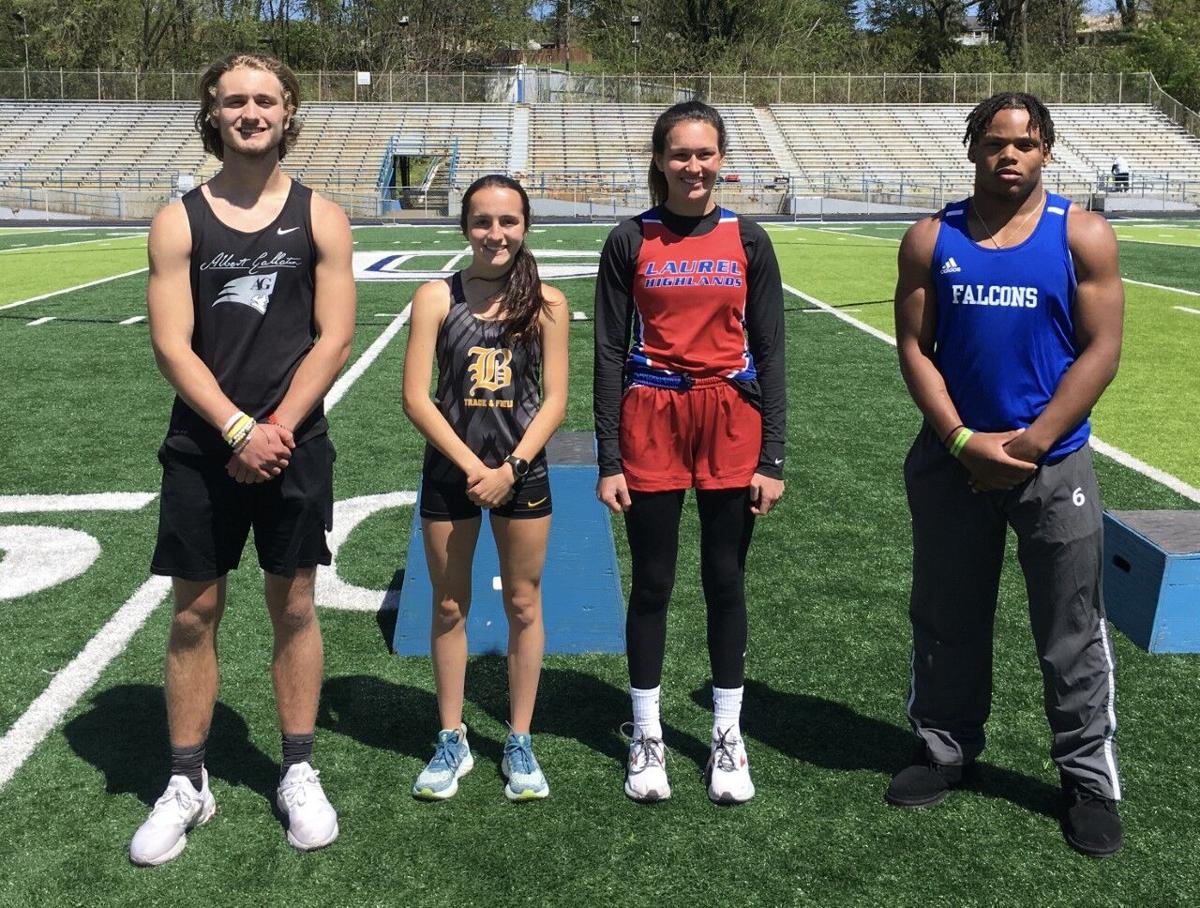 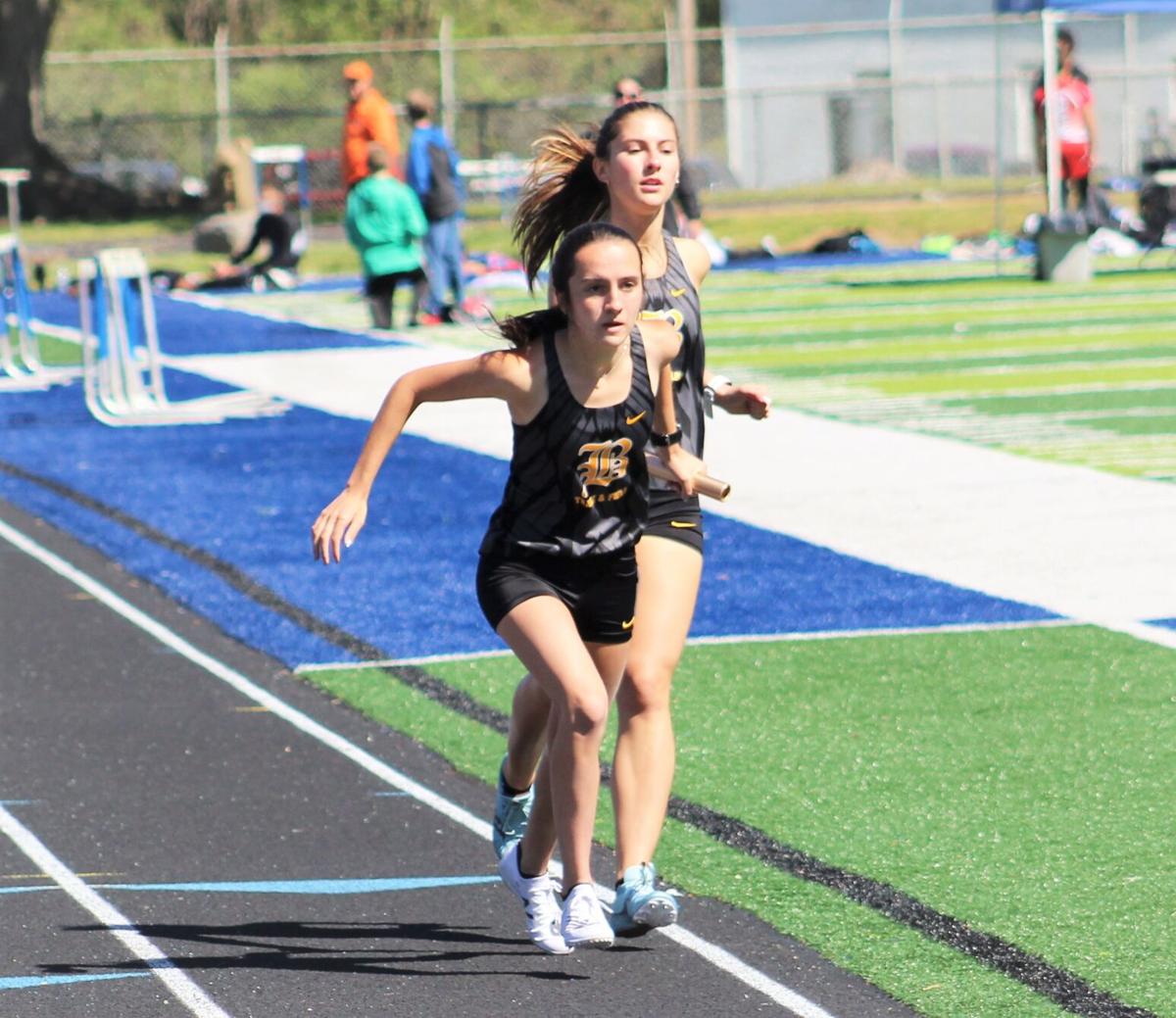 Brownsville’s Jolena Quarzo (left) and Uniontown’s Hope Trimmer run stride-for-stride as they complete the first lap of the 1,600 during Saturday’s FCCA Track & Field Championship held at Connellsville Stadium. Quarzo pulled away to win in a county meet record time of 5:03.99.

CONNELLSVILLE — Not only did Brownsville’s Jolena Quarzo win the Track MVP Saturday in the 20th FCCA Track & Field Championship, but the sophomore did so with three record-breaking runs.

Quarzo gathered the first of her 30½ points when she ran anchor for the Lady Falcons in the 3,200 relay. Brownsville placed third with Quarzo’s share 1½ points.

Quarzo began her assault on the county meet record book in the 1,600.

Uniontown’s Hope Trimmer and Quarzo finished the first of four laps stride-for-stride, but the Brownsville sophomore steadily pulled away from Trimmer in the second lap.

“I was not planning on getting any records today,” said Quarzo. “I just try to pay attention to my watch and stay on pace the whole time.”

The younger Quarzo lowered her sister’s mark in the 1,600 earlier in the week, and then replaced two of her times in the county meet.

“I don’t like telling my sister I broke her records. She seemed pretty happy (when she was told about the 1,600 time earlier in the week),” said Jolena Quarzo.

As for running to MVP honors, Quarzo added, “It means a lot. My sister won it the last two times at the county meet.

“I take after my sister. It means a lot to me.”

Pierce finished first in the javelin for 10 points, second in the discus for eight points, and third in the shot put for six points for an MVP-winning 24 points.

Connellsville’s Isabella Roebuck won the shot put and discus for 20 points, but did not place in the javelin.

“(Winning the MVP) was something I wanted to do in the county meet. It’s something I’ve been thinking about since the beginning of the season,” said Pierce.

Pierce was looking to do a little better in her events, although her throw of 97-5 was a personal best.