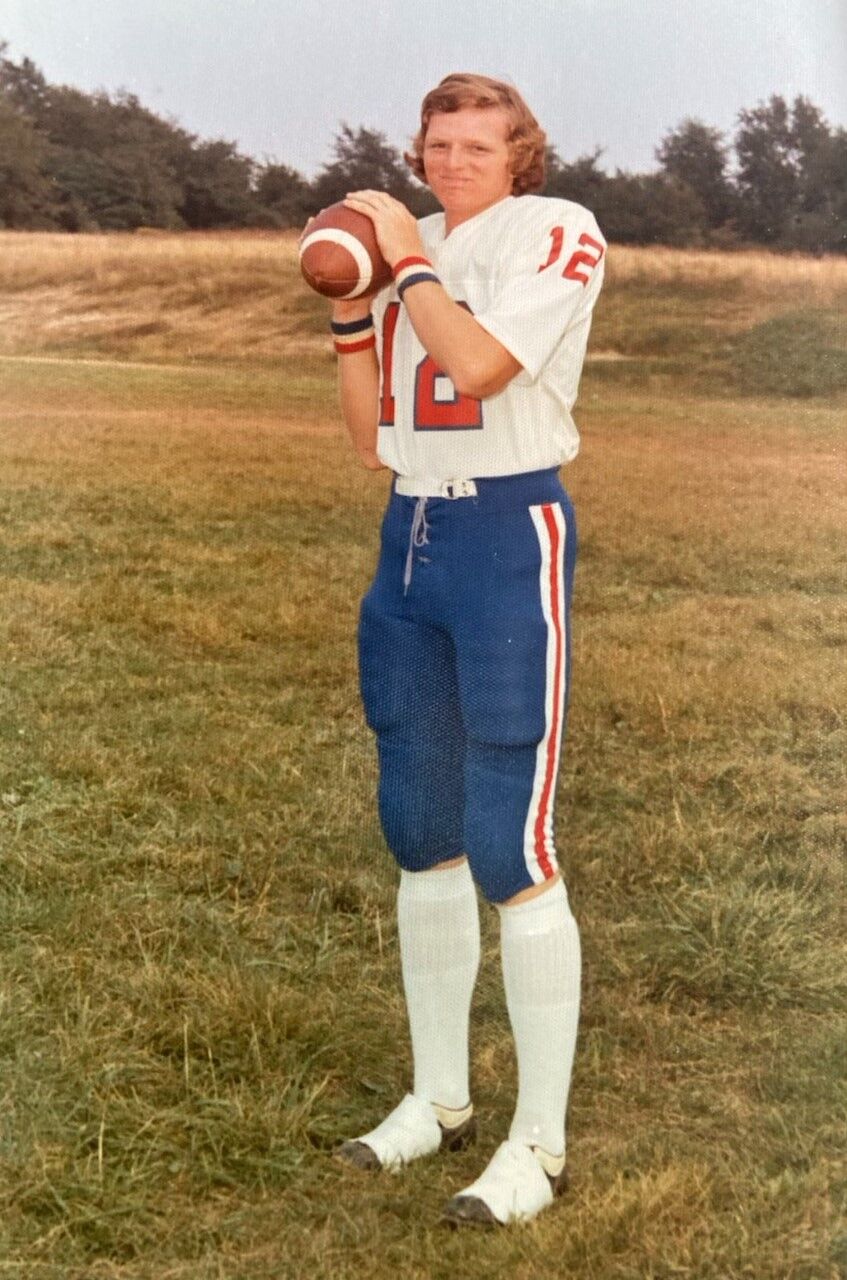 Jim Weaver is shown during his playing days at Laurel Highlands. 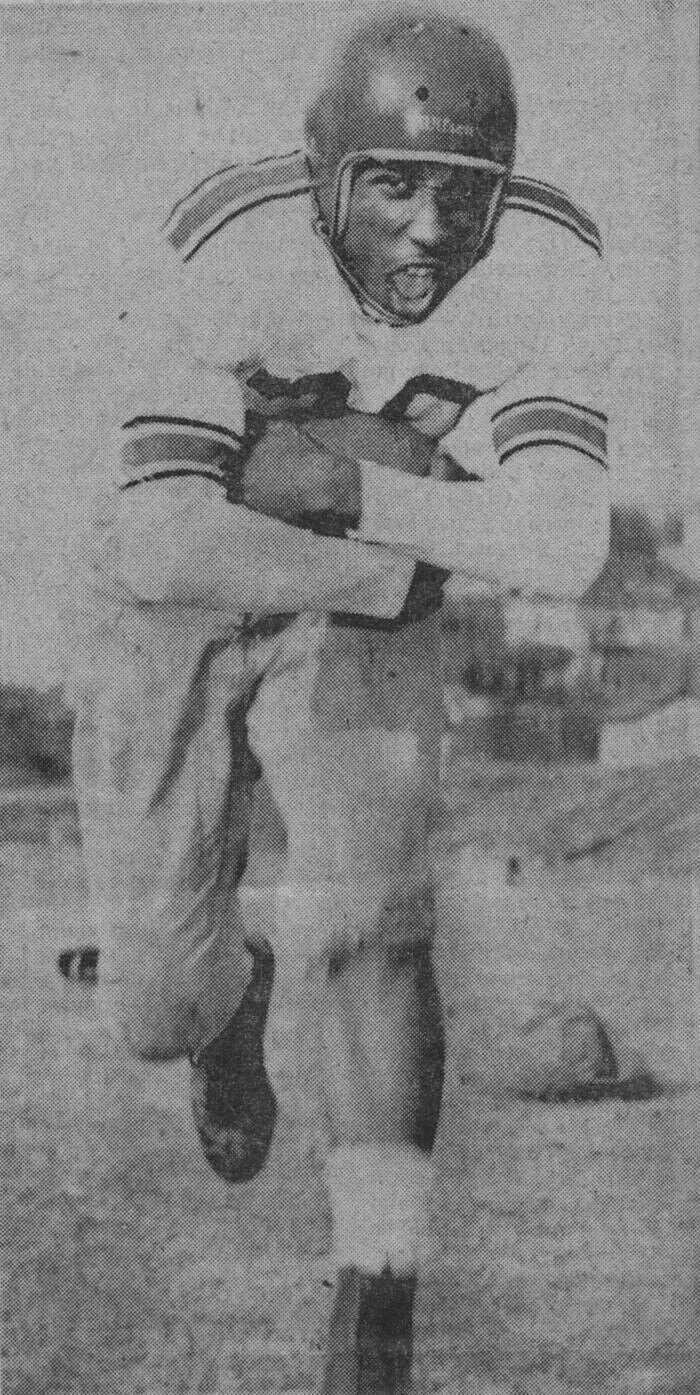 Jim Ford is shown during his playing days at German Township High School.

Jim Weaver is shown during his playing days at Laurel Highlands.

Jim Ford is shown during his playing days at German Township High School.

The Fayette County sports community received a double dose of bad news recently with the passing of Jim “Happy” Ford and Jim Weaver.

Thanks to former German Township High School teammate Bob Rutland I was informed of the passing of Fayette County Sports Hall of Famer Ford, who died in St. Louis on April 4 at the age of 87.

Following is an excerpt from a Memory Lane column on Ford written in 2007:

In sports sometimes two players become forever linked to each other, for instance Davis and Blanchard in football and Mantle and Maris in baseball. Former German Township High School football standouts Robert “Buddy” Ward and James “Happy” Ford will always be linked by their exploits together on the gridiron.

Ford was an outstanding fullback for the Uhlans from 1950 to 1952 and Ward was a halfback.

Ford graduated from German in 1953. He excelled in football, basketball and track and field.

The Uhlans football squad under the guidance of head coach Lou Rozzi was a power during the 1950s. German captured the Fayette County Class A championship in 1950 and went 6-4 in 1951. Ford and his running mate Ward ran wild in 1952 tallying 28 touchdowns between them and forging a ticket to the WPIAL Class A championship game against Midland.

Ford and Ward garnered All-County honors in 1951 and were unanimous choices to the 1952 squad as Ward paced the county in scoring with 104 points and Ford racked up 98 points. They were dubbed the “touchdown twins.”

“As long as we were there and doing it — there was never any animosity or jealousy. It’s your turn now and my turn is later,” Ford said. “It was a close-knit team and Ward and I were close. We didn’t have tremendous size. We had a lot of guys who were really dedicated to what they were doing. Guys like Buddy Bergman, who was a tackle, and Joe Yonish, who was our center. My playing weight ranged from about 180 pounds to 175 pounds and I was 5-9. So I wasn’t a big back.”

The Uhlans lost the WPIAL Championship game to Midland at Dormont, 14-6. Mike Karas’ 79-yard third quarter punt return snapped a 6-6 deadlock and propelled Midland to victory. The game wasn’t without controversy as Ward gathered in a Midland punt on his own 28, reversed field twice and bolted 62 yards to the end zone. The play was nullified by a clipping penalty.

“That was a killer, that took away your heart,” Ford lamented. “We were called for that mistake, and this was our first time being in any postseason game. It was just unfortunate that we came out on the losing end.”

When he graduated Ford had a local offer from Waynesburg and one from Arizona State but decided to attend Lincoln University in Jefferson City, Missouri.

“Lincoln had a history of scouting players from Western Pennsylvania,” Ford said. “Our athletic director at Lincoln was from Pittsburgh. His name was Ray Kemp and he did a lot of recruiting basketball-wise, too, because he was athletic director and the head basketball coach.

“The football coach was Dwight Reed and he went to the University of Minnesota and made All-American there as a defensive end. Reed recruited hard in Pennsylvania and when I went out to Lincoln we had approximately 12 players from Western Pennsylvania.”

Ford played on some very competitive teams at Lincoln.

“I played in the backfield there with Leo Lewis, who made the little All-America squad,” Ford reported. “I played out there from 1953 through 1956. We were always either first or second in the Midwest Intercollegiate Athletic Conference and we played some great teams like Tennessee State, Alcorn A&M, Jackson State, Kentucky State and Central State in Ohio. I played against some tremendous athletes.”

When he graduated from Lincoln he was drafted into the Army.

“I taught physical education on the elementary level for about eight years,” Ford said. “Then I moved up to the high school level. I was at Vashon High School and I coached football from 1969 to 1975 as an assistant. I became the head coach in 1975 and held that position for four years. Then the principal of the school wanted me to become the athletic director. You couldn’t have both jobs and I became AD in 1979 and I gave it up and retired in 2003.”

Ford’s old teammate Rutland remembers what a great player he was.

“He was a combination of speed and power,” Rutland stated. “He was an outstanding athlete.”

Former German teammate Ollie Holmes who also played with Ford at Lincoln University, had some thoughts on Ford.

“Ford could hit the hole and get to the outside before hardly anybody else at that time,” Holmes said. “Plus when you needed a yard or two he could get you that first down.”

Holmes also felt that Ford found his true calling in life as a teacher and school administrator.

“He did an awful lot,” Holmes opined. “What he did to hold Vashon High School together you can’t put a figure on it. He found his true calling, there is no doubt in my mind that he did.”

Ward and Ford were inducted into the Fayette County Sports Hall of Fame in June 2017. Ward passed away in July 2017. Ford was buried at Jefferson Barracks National Cemetery on April 15, 2021.

The sudden passing of former Laurel Highland football and basketball standout Jim Weaver on May 23 at the age of 63 was a big shock.

“I was surprised, the way he took care of himself I never thought he would be the first of us to go,” former LH teammate and lifelong friend Tom Shaffer said. “He was a great guy, a great friend and a great athlete. He will be missed.”

“We used to send plays in with a running back or wide receiver,” Elias said. “With Jim he knew everything and we could just signal in plays from the sideline, so we could keep our best 11 players on the field at all times.”

“He had a Division-1 throwing arm,” former Laurel Highlands assistant coach Gary Brain said. “Pitt coach Johnny Majors came to see him at a basketball game and West Virginia assistant coach Chuck Klausing offered him a scholarship, but there was a mix up and the Mountaineers gave the scholarship to another player. Make no mistake, Weaver was an outstanding passer.”

“Jim could really throw the football,” McDowell said. “We had great chemistry and turned into a pretty good passing combo.”

After graduating from Salem, Weaver was a teacher and coach in the Elco School District in Pennsylvania before retiring after 28 years of service. He had a five-year stint as head football coach there, posting a record of 26 and 28.

A Memorial Service for Weaver will be held on Saturday, Aug. 14 at 11 a.m. at Kreamer Funeral Home and Crematory Inc., 618 E. Main Street, Annville, Pa.