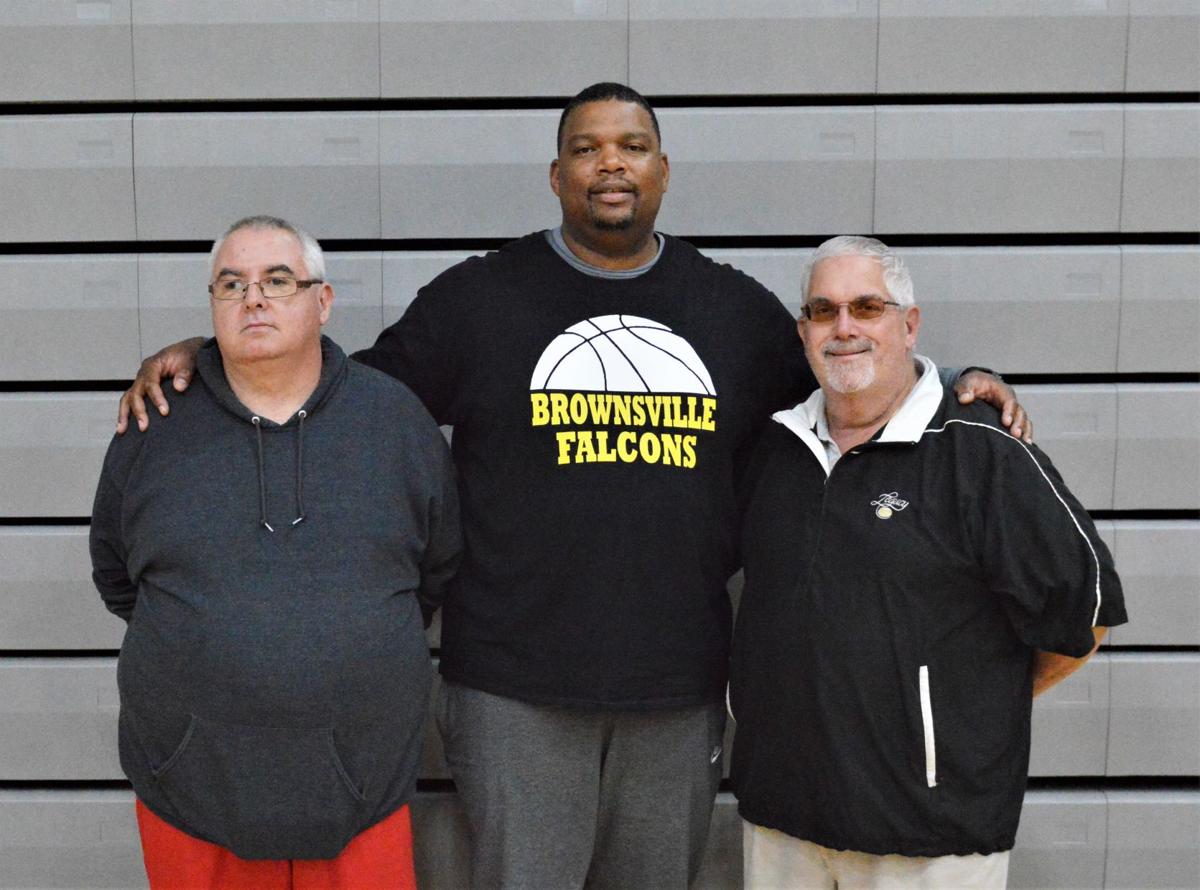 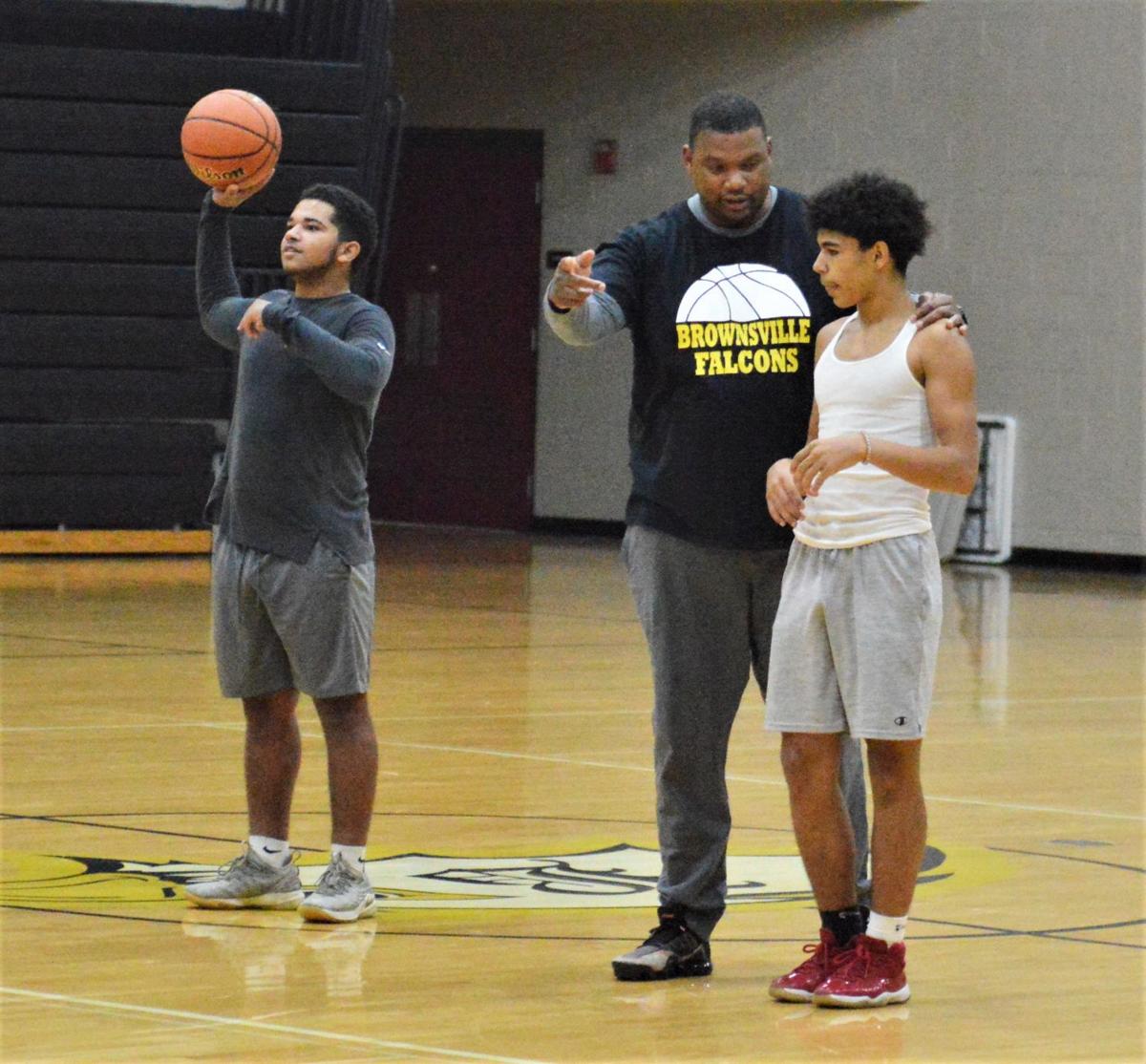 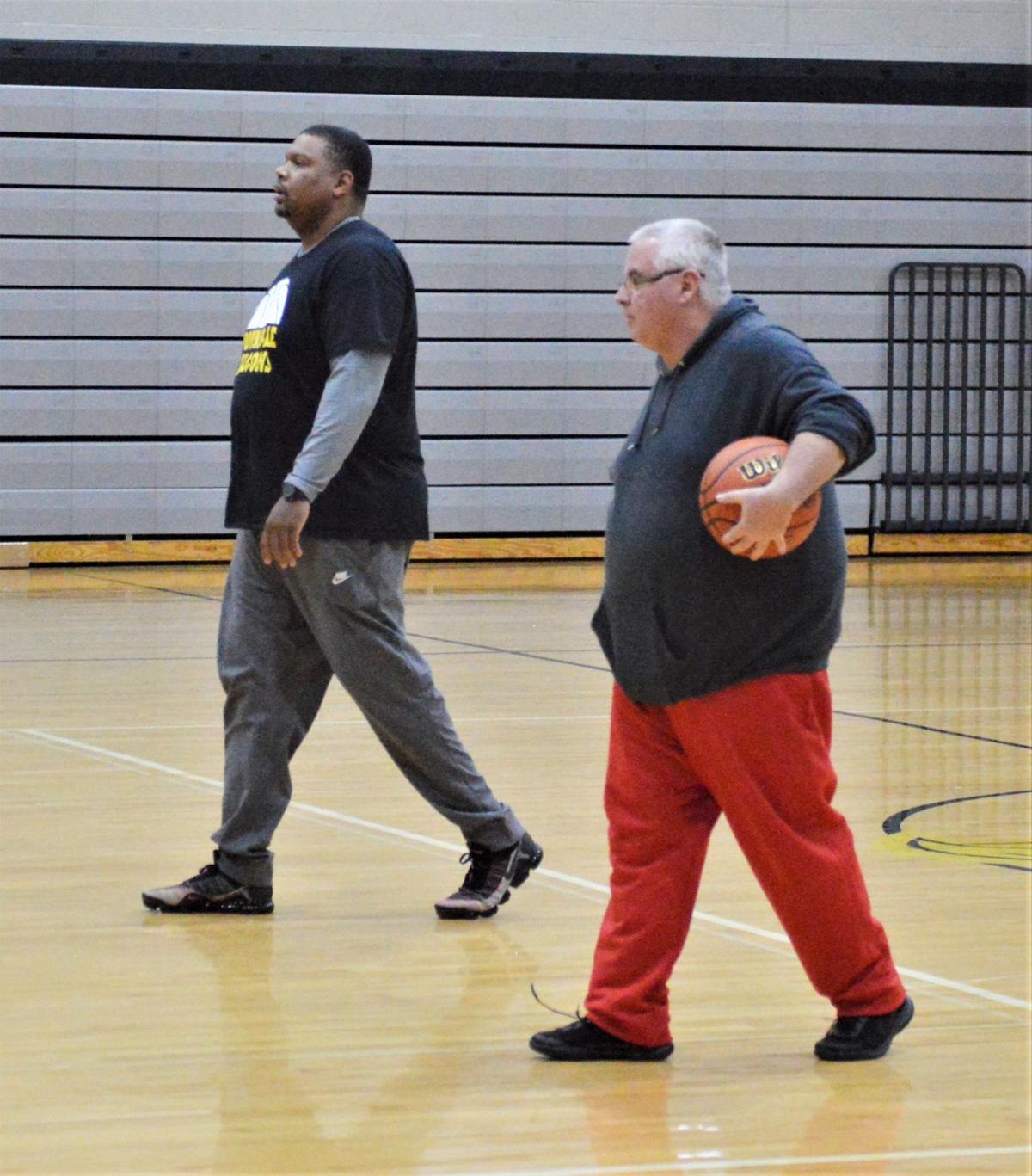 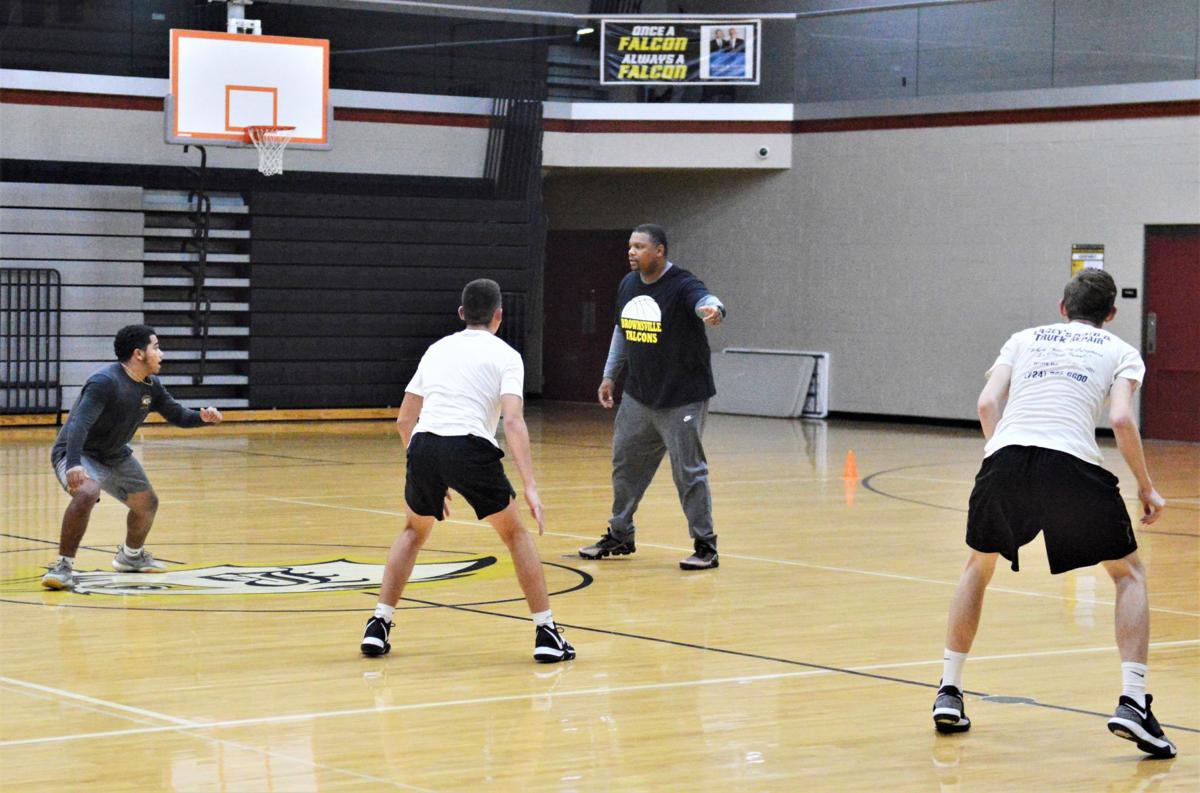 HILLER — Stewart Davis is back where his basketball career began.

The Geibel Catholic graduate starred for the Gators as a power forward under coach Ken Misiak, but his varsity career got its start at Brownsville when he was an impact player as a freshman.

After transferring to Geibel and helping lead the Gators into the WPIAL and PIAA playoffs his senior year in 1996, Davis continued his career at California University of Pa. He played two years — one as a red-shirt — under coach Jim Boone and three under coach Bill Brown.

Davis then left the area for an extended period of time, but returned in 2018 and now the man who was known as “Stu” during his playing days steps in as Brownsville’s boys basketball coach for the 2019-20 season.

“I moved to Virginia and got a job working at Time Warner Cable as a project manager,” said Davis in recounting his journey. “During my time there I coached varsity basketball as an assistant coach at Annandale High School and Freedom High School and Woodbridge. I also coached a few travel teams, AAU teams.

“I came back in April of 2018. My family was pretty set-up in Virginia. But I had a burning desire to come back home and try to help kids back here find their way, teach them how to be successful, and my way of giving back was through either football or basketball, maybe a travel team. My passion was obviously to coach the sport I love and help the kids out.”

Davis landed a new working job as well as the Falcons’ job. In fact he got two coaching jobs at Brownsville as he joined the football team as an assistant.

“Right now I’m working for BLT (Behavior Leadership Team),” Davis said. “I’m a behavior specialist. I work with adults that have difficulties. I signed up to be a substitute teacher and I do that as well.”

“They hired me and not long after we went to Robert Morris basketball team camp, and then we played in the Connellsville summer league,” Davis said. “That gave me the opportunity to get to know some of the kids and form a relationship with them. I took that relationship into football. The football coach (Scott Fichter) extended his hand and asked me if I’d like to come on his staff and continue to be with the boys, so I accepted.

“What the football aspect did is it helped me understand in a structured nature how they respond to different things. It was a great opportunity for me.”

Stewart has already had a positive impact as the basketball roster has more than tripled from the end of last year.

Stewart put together a coaching staff and then went to work in trying to turn around a program that went 6-16 overall and 1-11 in Section 4-AAA a season ago.

“Joe Hough was my junior high basketball coach and he taught me a lot when I played for him, so it’s great to have him on staff,” Davis said. “He brings that disciplined nature to the table as well. I think he’s a great asset to have. My other assistant is Ron Polito.

“Both of them have a lot of years around the game, maybe combined 40-to-50 years. Then you add me in, which is more of a new flavor, and it just mixes very well.”

Davis hopes his accomplishments as a player and coach will carryover with the Falcons.

“I believe what I bring to the table is the sense of success,” Davis said. “I’m not saying everything will turn around right away, automatically the first year. It may take some time. If you want to build a good program it takes awhile.”

Davis implements a lot of what he learned from Boone, and he has a two-step process he’s mapped out to try and lay the groundwork for his program.

“Coach Boone was a defensive-minded coach who was very structured and very disciplined and he held his players accountable,” Davis said. “That’s what you’re going to get out of me. I hold my boys accountable and I tell them that they need to hold each other accountable. When you start doing that, you start molding kids to step up to be leaders and everything else starts to click. That’s the first thing. Trying to clean up some of the behavior and teaching them how to handle themselves in certain situations.

“We’ve got small goals to attain. We’re a unit, we’re one, encourage each other, pick each other up, build each other up. Not tear each other down. What I want to do is teach them how to be successful young men and to better themselves.

“The second step is obviously in a basketball sense, how to move and play, spacing and all that. How to play within the system I’m putting in place and be successful at it. I believe they’re catching on well. I have a sense that they really want to play for me and that’s a good start.”

Those are the components needed to turn kids into winners on and off the court, according to Davis.

Davis had that air about him as a player and still has it now as one watches him conduct a practice. If the players can buy in, the Falcons could be ready to take flight again.

Do you agree with the decision to ban President Trump from social media?