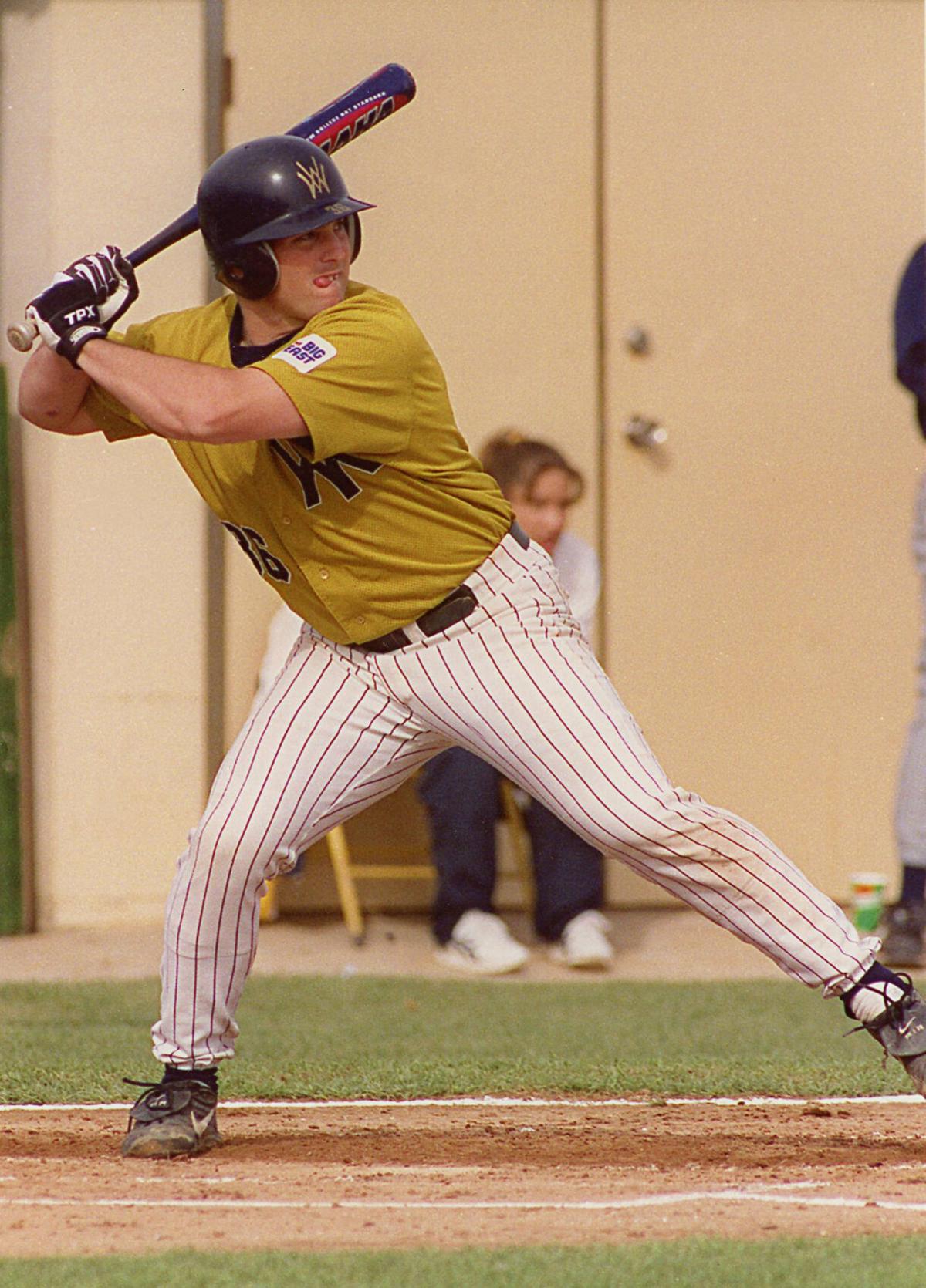 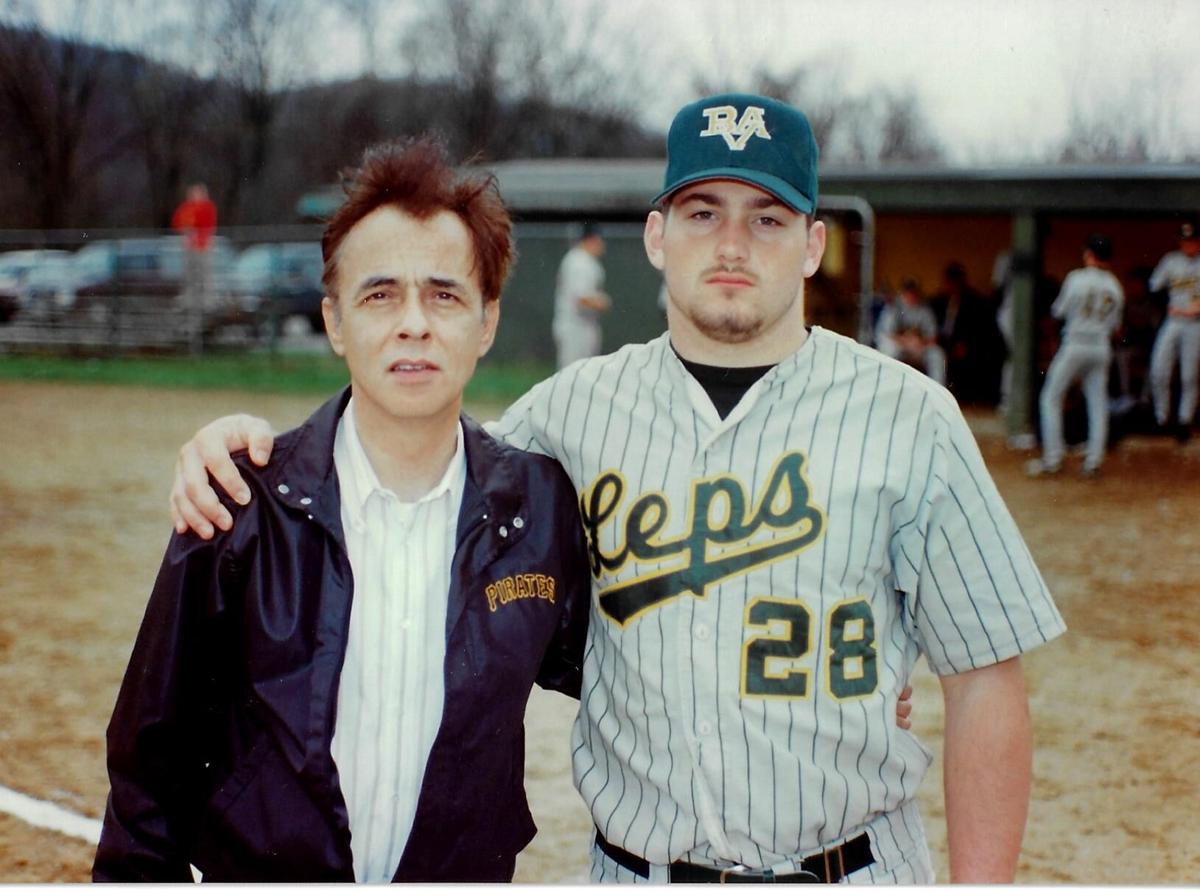 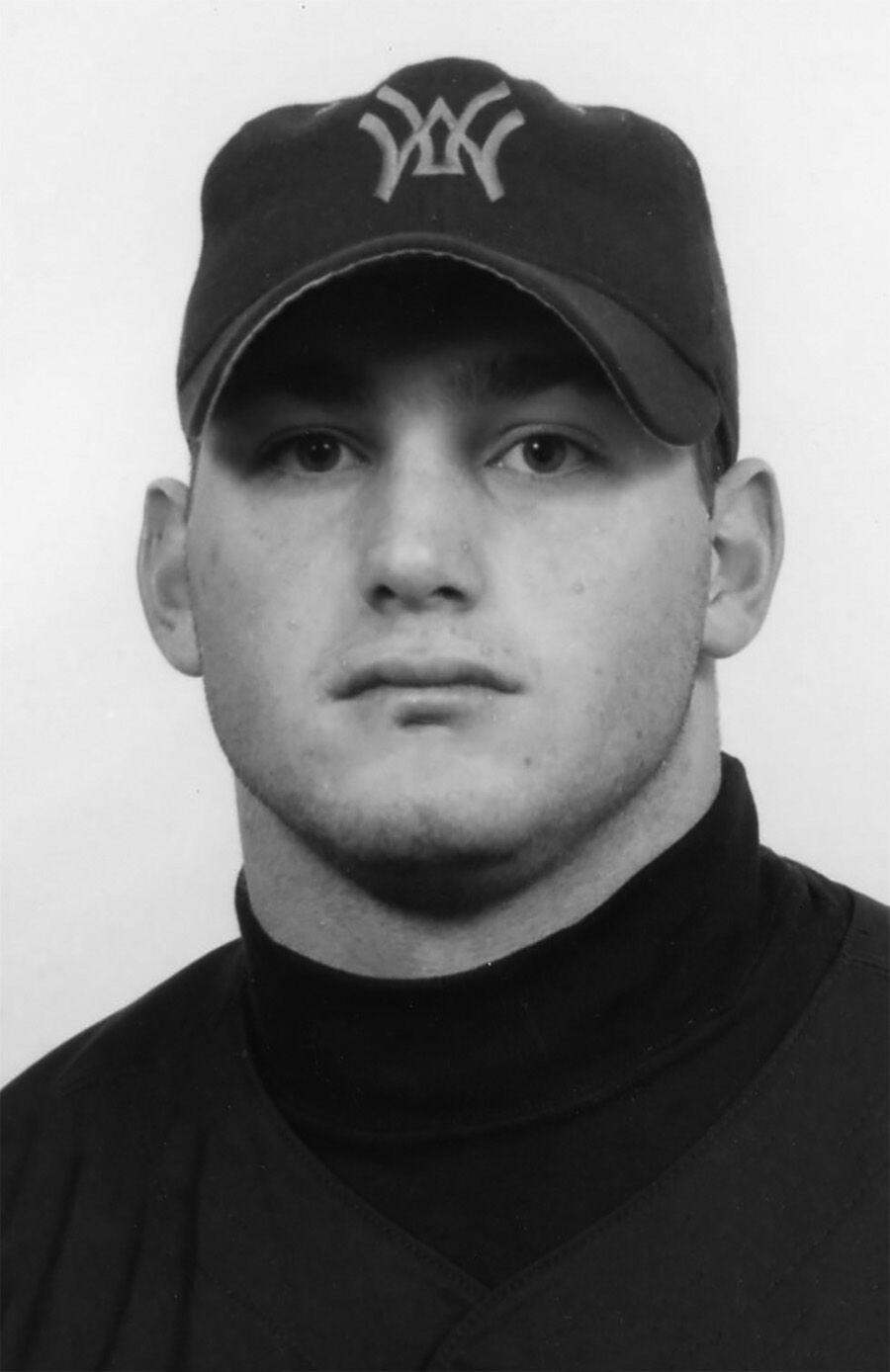 Eddie Weightman was a rough and tumble blue-collar athlete who excelled at football and baseball at Belle Vernon Area High School in the mid 1990s.

Weightman’s tough demeanor was evident at an early age in his athletic development.

“I got into sports probably when I was five or six years old,” Weightman said. “I started playing soccer and I played baseball.

“My second year playing soccer I ended up getting a couple of red cards at seven years old. The soccer coach told my mom and dad I think he should be playing football and that was a wrap and I went and started playing football. He said he might be a little too aggressive, I was knocking people down and taking balls and scoring goals and they said soccer might not be the sport for me.”

Weightman turned his attention to football and baseball. He stopped playing basketball after his freshman year in high school.

“I started my sophomore year in football and I ended up getting hurt midway through the season,” Weightman recalled. “I started the third game against Mount Pleasant. Tony Ruscitto was the coach then. Then Gary Dongilli came in as head coach and he did a good job and he brought a good coaching staff with him. My sophomore year was the first time I lost a football game since I was eight years old. I believe with the talent we had everybody knew we were going to be real good.”

The 6-foot, 225-pound Weightman developed into a top-notch football player.

“I played mostly linebacker as a junior,” Weightman said. “We lost in the (WPIAL) semifinals to McGuffey. We had a great senior year. I played quarterback as a senior, I had played quarterback all the way through and I probably would have played my junior year, but coach Dongilli brought in his son Jeremy who was a heck of an athlete and I played linebacker. I also played fullback sometimes and I had a good arm from baseball and we liked to throw the ball downfield.

“I shared quarterback duties with Jason Nogy as a senior. I ran the ball and we ran an option offense and we had Jason Murray who was a great running back. I still played defense and I liked going both ways. I played quarterback with a linebacker mentality. I liked being a leader and hated to come off the field.”

It was a good period in Belle Vernon football history and Weightman played on some very competitive football teams. The Leopards were 3-7 in 1993. In 1994 they posted a record of 10-2, winning the Keystone Conference championship losing to McGuffey in the WPIAL semifinals 20-13. The following season in 1994 the Leopards went 12-1, again taking the Keystone Conference title. They defeated Kittaning, 21-9, and Derry, 28-21, in the WPIAL playoffs and knocked off Franklin Regional, 22-6, to capture the WPIAL Class AAA championship.

The Leopards suffered a heartbreaking loss in the PIAA semifinals, falling to Sharon double overtime 22-16.

“I thought the team my junior was a very good team and the loss to McGuffey was a tough one,” Weightman opined. “Our senior team was solid and our teams were a very close-knit group. We handled Franklin Regional pretty well in the WPIAL championship game. We had shutouts, we were a great defensive club. The loss in the PIAA semifinals to Sharon still bothers me and my teammates to this day. It was a bitter defeat.”

One play still sticks out for Weightman in the run to the WPIAL title. He iced the win over Kittanning with an 87-yard interception return with 2:51 remaining in the game. After the win Weightman outlined the play.

“We were waiting for that pass play,” Weightman said. “We were in a zone and I just held my position.”

Weightman was named All-Keystone Conference as a senior.

On the baseball diamond Weightman was a three-year starter for the Leopards. In 1995 he batted .356 with four home runs. He was named All-Section 2 as a catcher his senior season.

“I started in baseball as a sophomore,” Weightman remembered. “Daryl Hixenbaugh was head coach my sophomore year and Jimmy Russell was head coach when I was a junior and a senior. We were in a really tough section with Connellsville, Laurel Highlands and Albert Gallatin.”

Weightman drew some interest from the St. Louis Cardinals.

“I was a catcher my senior year,” Weightman said. “The Cardinals invited me to a pro tryout my junior year and I went down to Baldwin with 17 kids. I went down as an outfielder. They didn’t schedule some catchers and the scout, Scotty Nichols, asked if anybody would catch and I jumped in there and I did all the stuff as a catcher and after we were done he said if you want to play at the next level your position is catcher. I switched to catcher as a senior, but I played everywhere as a senior. I pitched and I played a little shortstop.”

Weightman honed his baseball skills playing in some of the area sandlot leagues.

“I played Legion baseball and County League baseball,” Weightman stated. “It was very good for me playing against higher competition and older kids. It was very good baseball.”

When Weightman graduated from Belle Vernon in 1996 he sifted through some college scholarship offers.

“I had some offers for football,” Weightman explained. “I had some D-2’s, I had Kent State, Ohio U, Bowling Green. I ended up having a pretty good senior year in baseball and was at Summer League and I had baseball offers from Penn State, West Virginia and some other schools. I decided to stick with baseball, which ended up being pretty good and I went to West Virginia to play for coach Greg Van Zandt.”

“We were very competitive,” Weightman offered. “We were the No. 2 hitting team in the country my sophomore year. I ended up playing right field/DH and I pitched a little as a closer at WVU.”

Weightman had some outstanding career number at West Virginia, batting .299 with 22 home runs and 120 RBI. Weightman was named All-Big East in 2000. He looks back at his days at WVU fondly.

“I have no regrets,” Weightman stated. “Hindsight is 20/20. All in all I got a good education and I met a lot of good people and I played in the wooden bat leagues every summer the Great Lakes League and The Cape Cod League.”

Weightman does regret not trying to play professional baseball.

“I got called by a lot by big league teams,” Weightman said. “I thought I would get drafted and it didn’t work out. I got offered free agent deals and I was mad and made a bad decision and didn’t go play minor league ball. I regret it a hundred percent. I regret that decision.”

“I ended up playing softball,” Weightman said. “I played pro softball for a little bit for about five or six years until I had kids. It was a good time and a lot of fun.”

“I took over my grandfather’s construction business in 2003,” Weightman said. “I still run Weightman Contracting.”

Weightman, 43, has been married to his wife Fallyn for a year. He has two children from a previous relationship, daughter Casey, who just graduated from Apollo High School, and son Cole, an outstanding linebacker and wrestler at Belle Vernon who will be entering his senior year this fall.