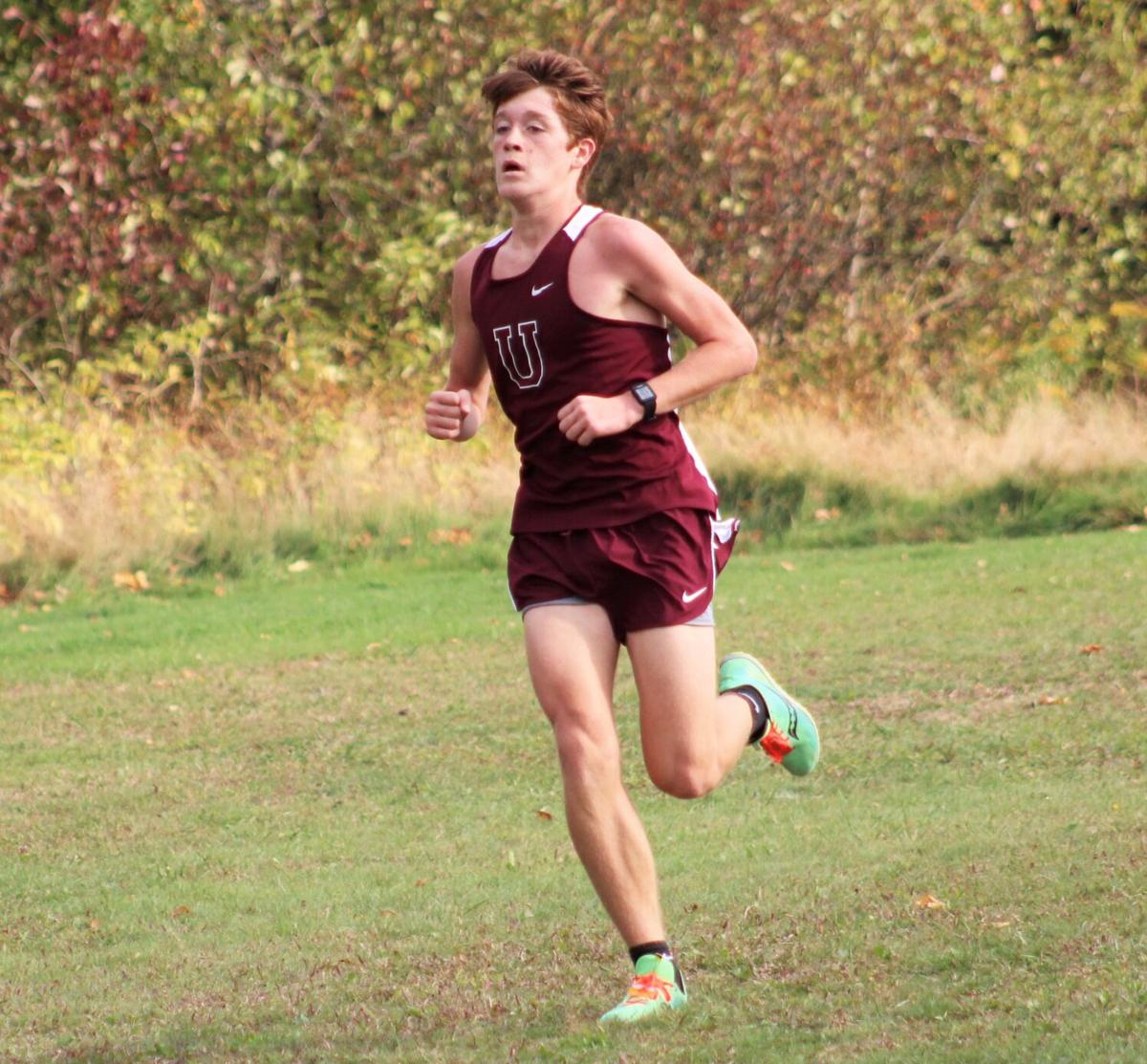 Uniontown’s Mason Stewart is all by himself on his way to a first-place finish in 18:05.8 in Thursday’s FCCA Cross Country Championships at Connellsville. 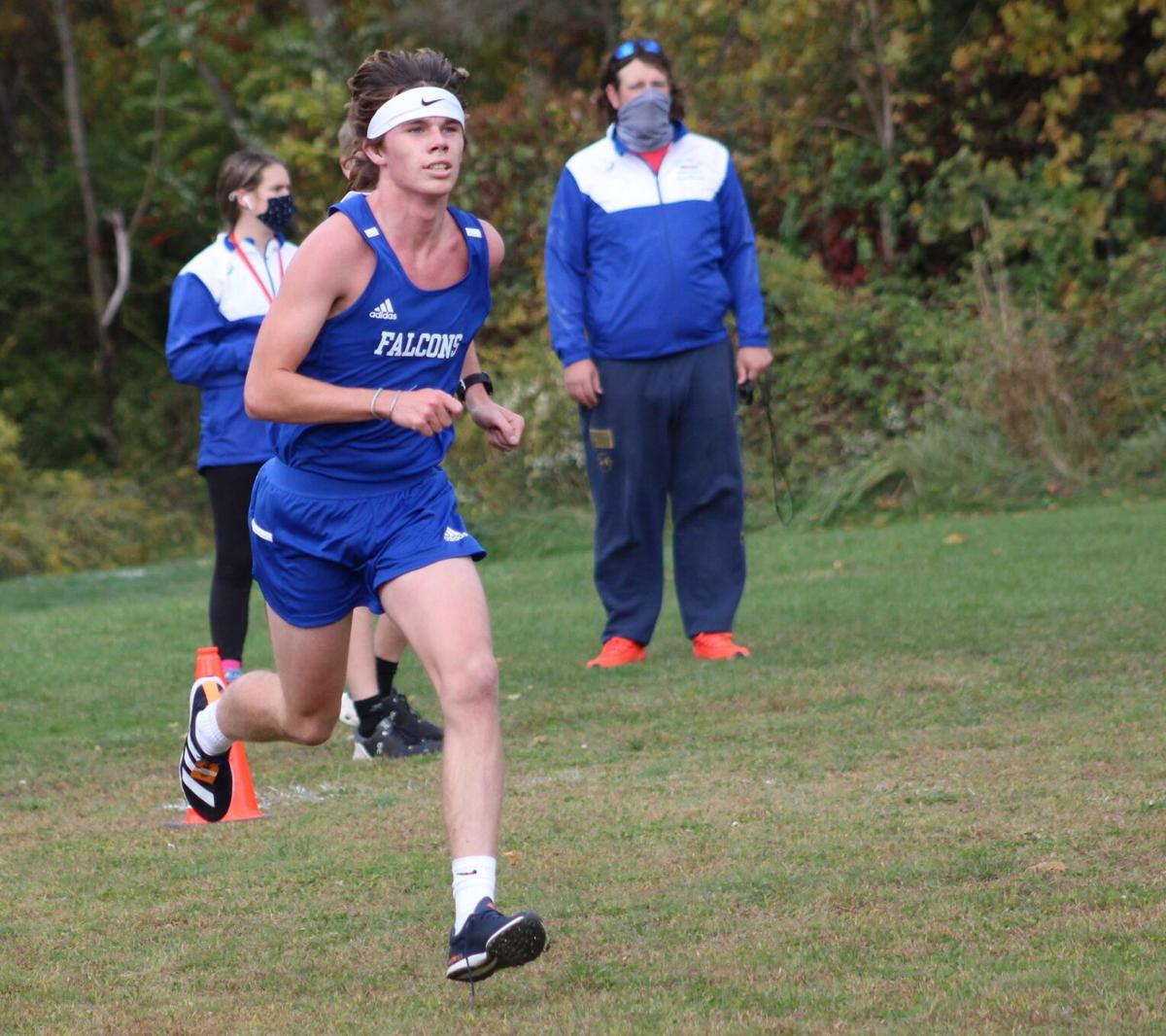 Connellsville’s Zach Bigam turns to the finish line on his home course for a third-place finish in Thursday’s FCCA Cross Country Championships. 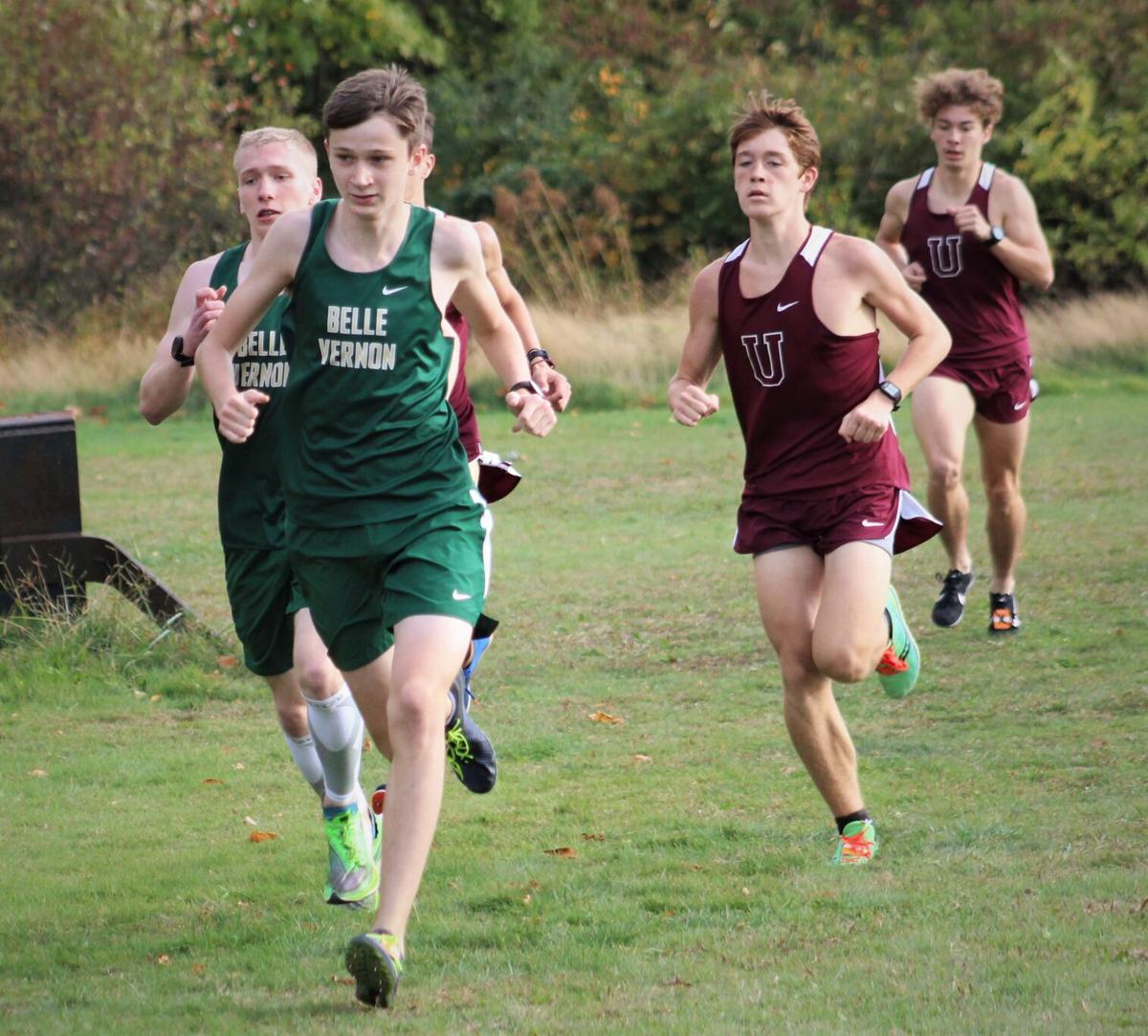 Uniontown’s Mason Stewart is all by himself on his way to a first-place finish in 18:05.8 in Thursday’s FCCA Cross Country Championships at Connellsville.

Connellsville’s Zach Bigam turns to the finish line on his home course for a third-place finish in Thursday’s FCCA Cross Country Championships.

The Uniontown sophomore made the move up to the varsity race this fall and sped past the field to become county champion in 18:05.8.

“I was not intending to set the pace. I was really worried about Zach (Bigam). I knew he’s always ready for a race,” explained Stewart.

Belle Vernon’s Luke Henderson and Noah Lerner set an early torrid pace, forcing Stewart, Bigam and the other leaders to keep up.

“I was going with (Henderson). I never go out that fast,” said Stewart.

Stewart was truly pleased with his county title-winning performance.

“This is the best I’ve felt after a race. I don’t know how to explain it,” said Stewart. “I don’t think I had any pressure on me.”

When Stewart pulled into the lead, he told himself, “I have to win.”

Bigam lost a lot of the season because of a hip injury suffered in an earlier meet at Albert Gallatin, but had enough in his legs and lungs to finish third on his home course in 18:34.8.

“I thought (Henderson) went out way too fast,” said Bigam. “I tried to keep up with them. I went out a little slow in case I didn’t have the gas at the end.”

Bigam started to gain momentum on the field in during the second loop of the course.

Henderson gathered himself from his fast start to pull into fourth place with a time of 18:42.5.

Henderson slipped back to seventh place before he worked his way back through the field.

“After that first loop, I told myself I have to start picking people off. I was seventh and moved up to fourth place at the end,” said Henderson.

As for his time, Henderson added, “It was pretty good for this course. It’s pretty narrow with a lot of sharp turns.”

The biggest fight for positioning came for the 10th and final All-County berth between the Red Raiders’ Payton Hostetler and Albert Gallatin’s Gary Breakiron.

Breakiron made his move as the two turned towards the finish line, but Hostetler responded and pulled ahead in the final stretch to finish 10th in 19:22.9. Breakiron was 11th in 19:29.3.

Laurel Highlands’ Isaac Meeder was 16th with a time of 19:59.3, with teammate Joe Casteel trailing by three seconds.

Calvary Chapel Christian School’s Harrison Bommer was 18th with a time of 20:03.4 in the program’s first county meet.