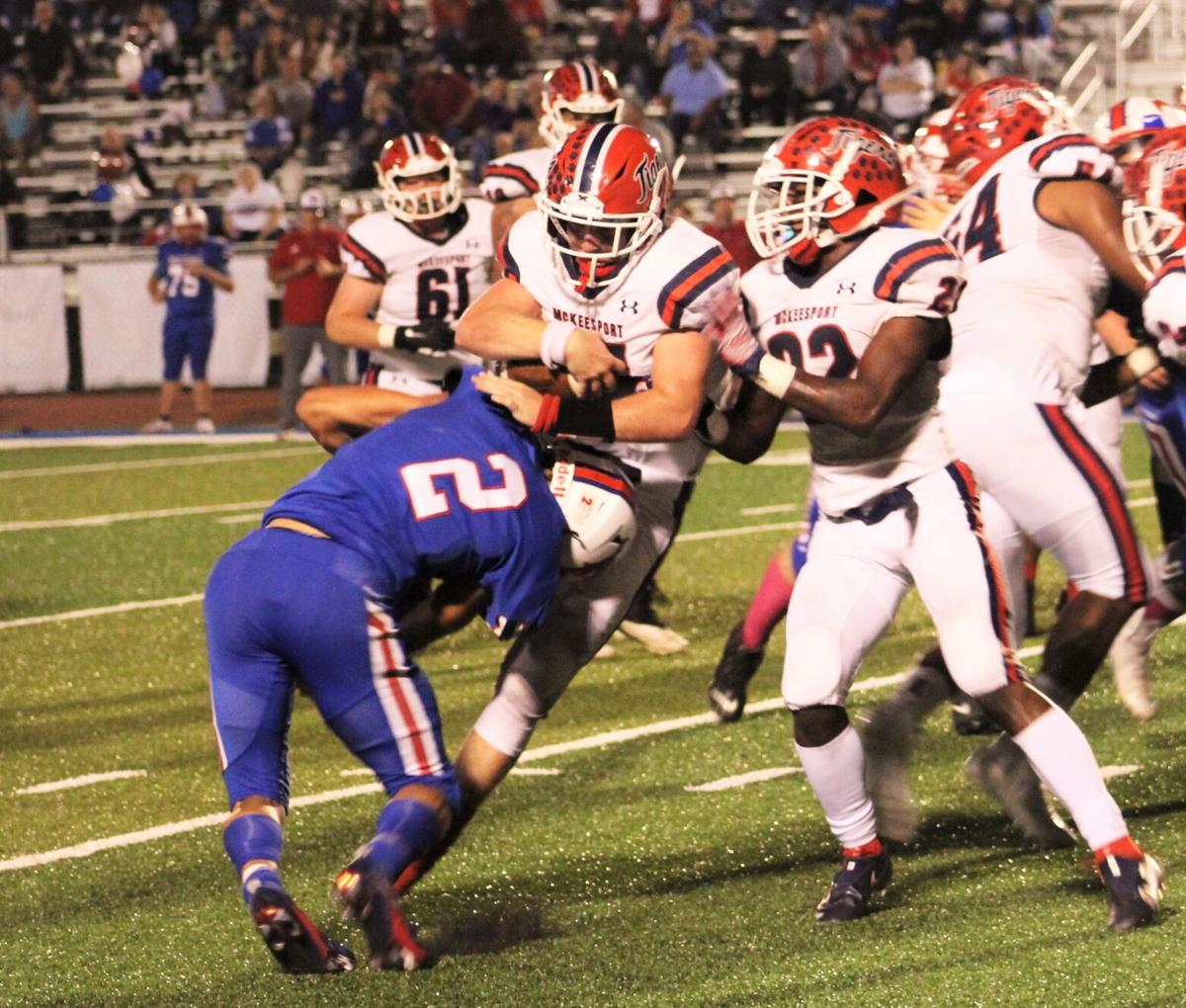 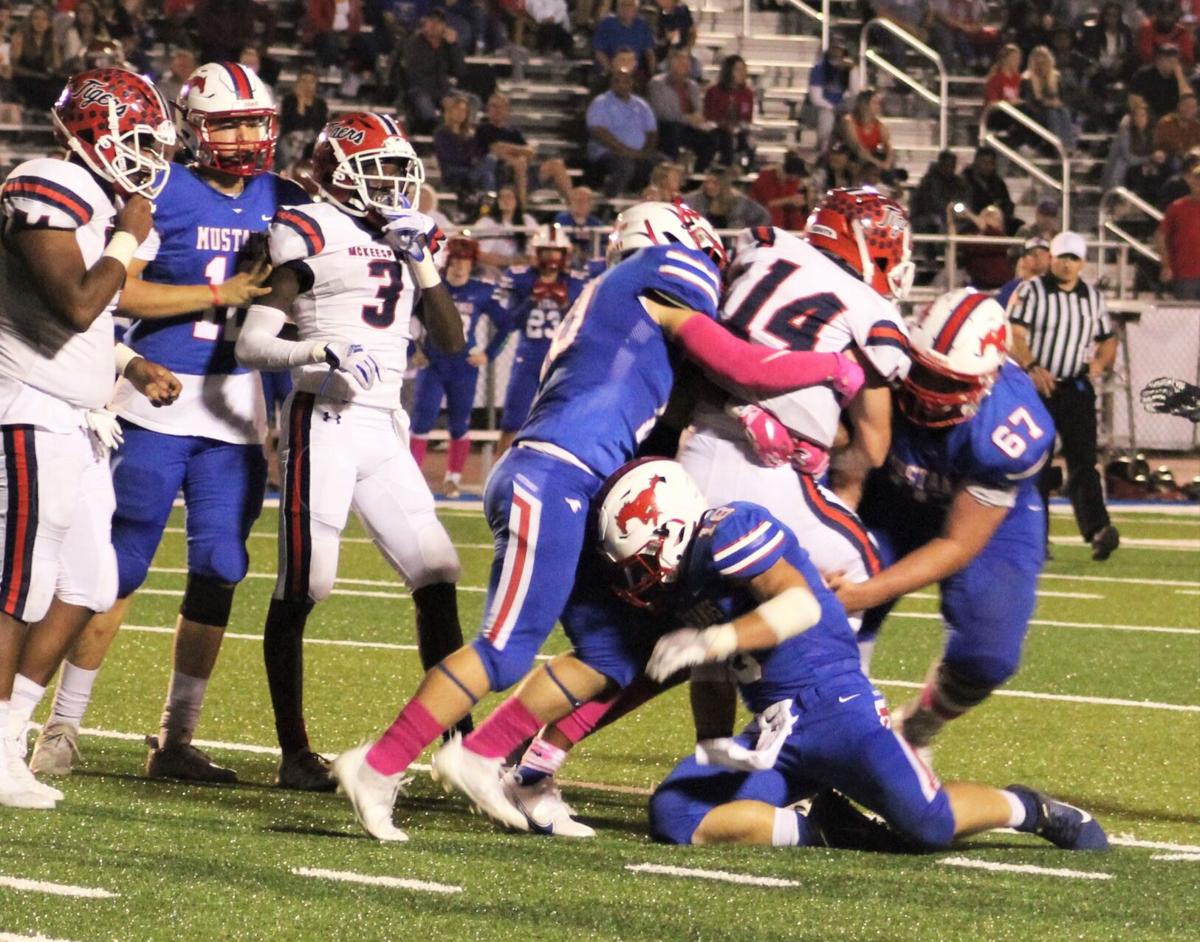 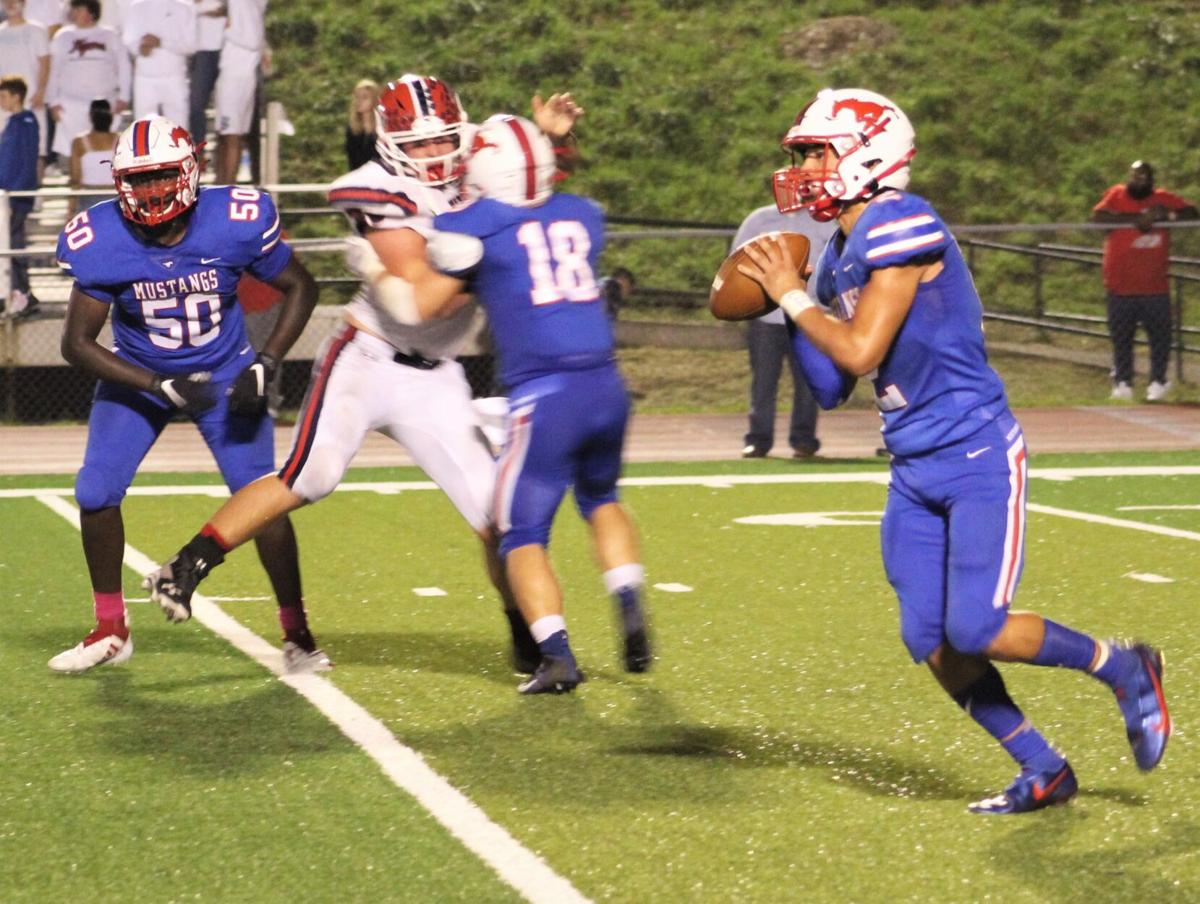 Laurel Highlands quarterback Rodney Gallagher rolls out to his left as he looks for an open receiver in the second quarter of Friday’s Big Eight Conference game against McKeesport at Laurel Highlands.

Laurel Highlands quarterback Rodney Gallagher rolls out to his left as he looks for an open receiver in the second quarter of Friday’s Big Eight Conference game against McKeesport at Laurel Highlands.

McKeesport scored three touchdowns in the first half, including one in the waning seconds, for a 42-7 victory at Laurel Highlands Friday night in Big Eight Conference play.

The Tigers kept pace with Belle Vernon, improving to 4-0 in the conference and 7-1 overall. McKeesport plays Thomas Jefferson Friday and then closes the regular season against the Leopards on Oct. 29.

The Tigers fumbled on their opening drive of the game, but Laurel Highlands was unable to capitalize on the turnover. A short punt gave McKeesport good field position and quarterback Caleb Reist capped the drive on a one-yard quarterback sneak into the end zone.

McKeesport again fumbled in Laurel Highlands territory, but the Mustangs turned the ball over on downs. The Tigers made the most of the opportunity when Reist found Dennis Jackson open along the right sideline for a 44-yard touchdown pass with under 10 seconds remaining in the half.

Kenneth Thompson's 23-yard touchdown run in the third quarter invoked the mercy rule. Miller scored on a one-yard run in the fourth quarter.

Rodney Gallagher powered in from a yard out in the fourth quarter for the Mustangs' lone touchdown.