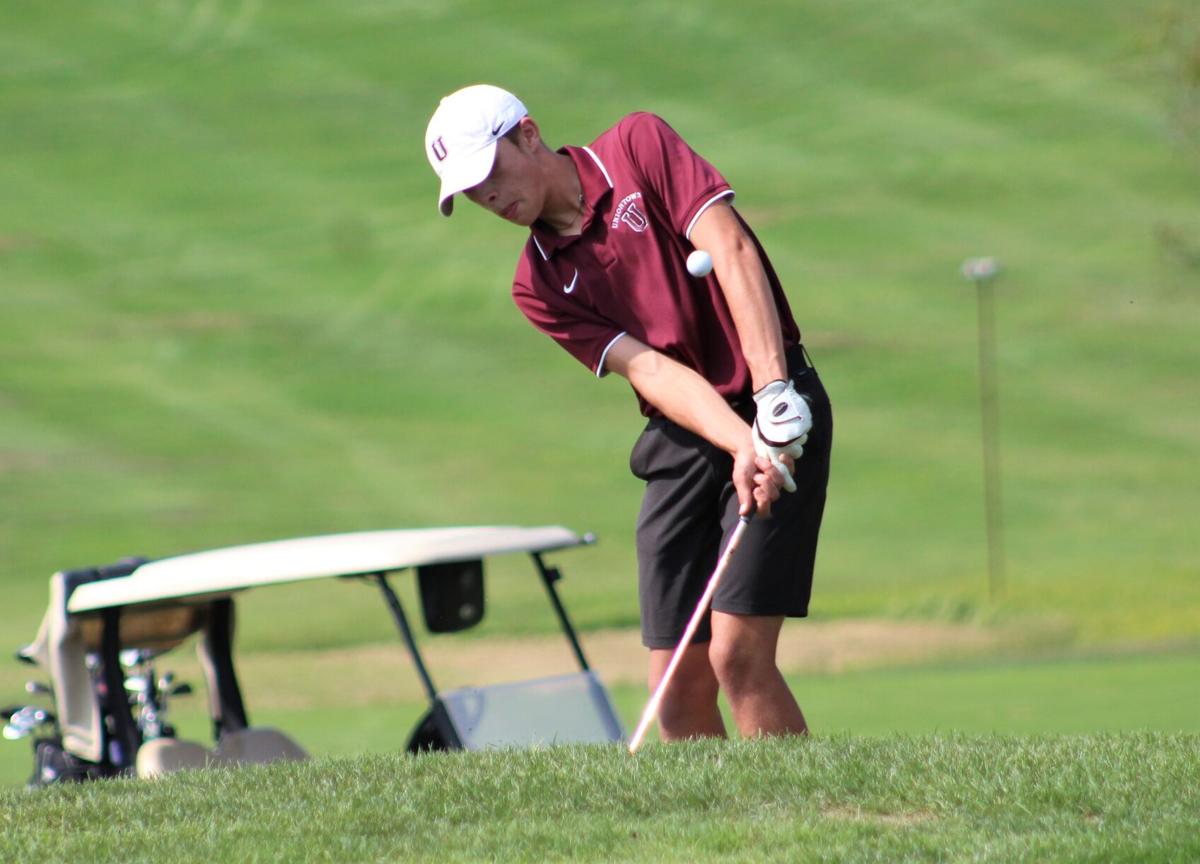 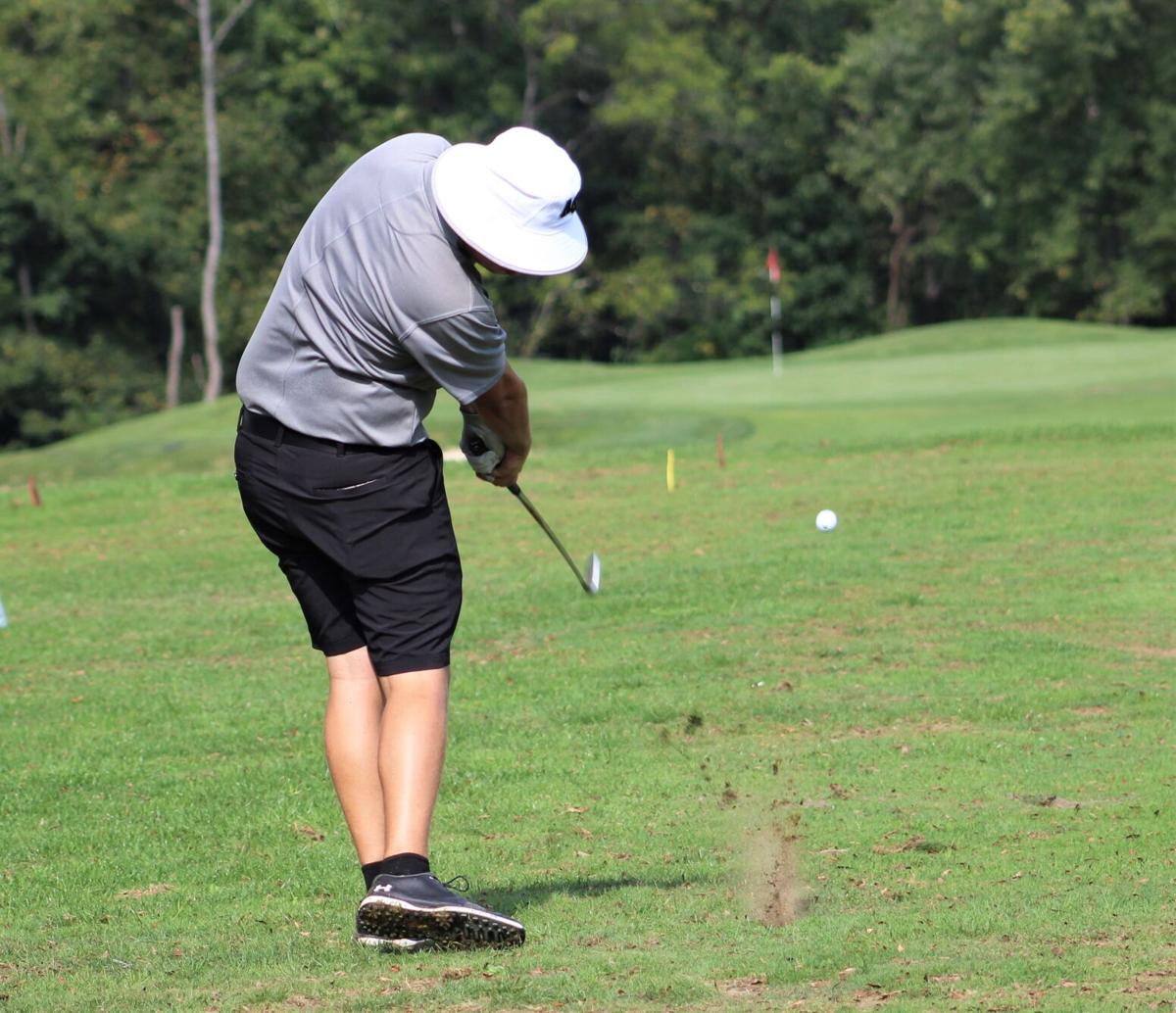 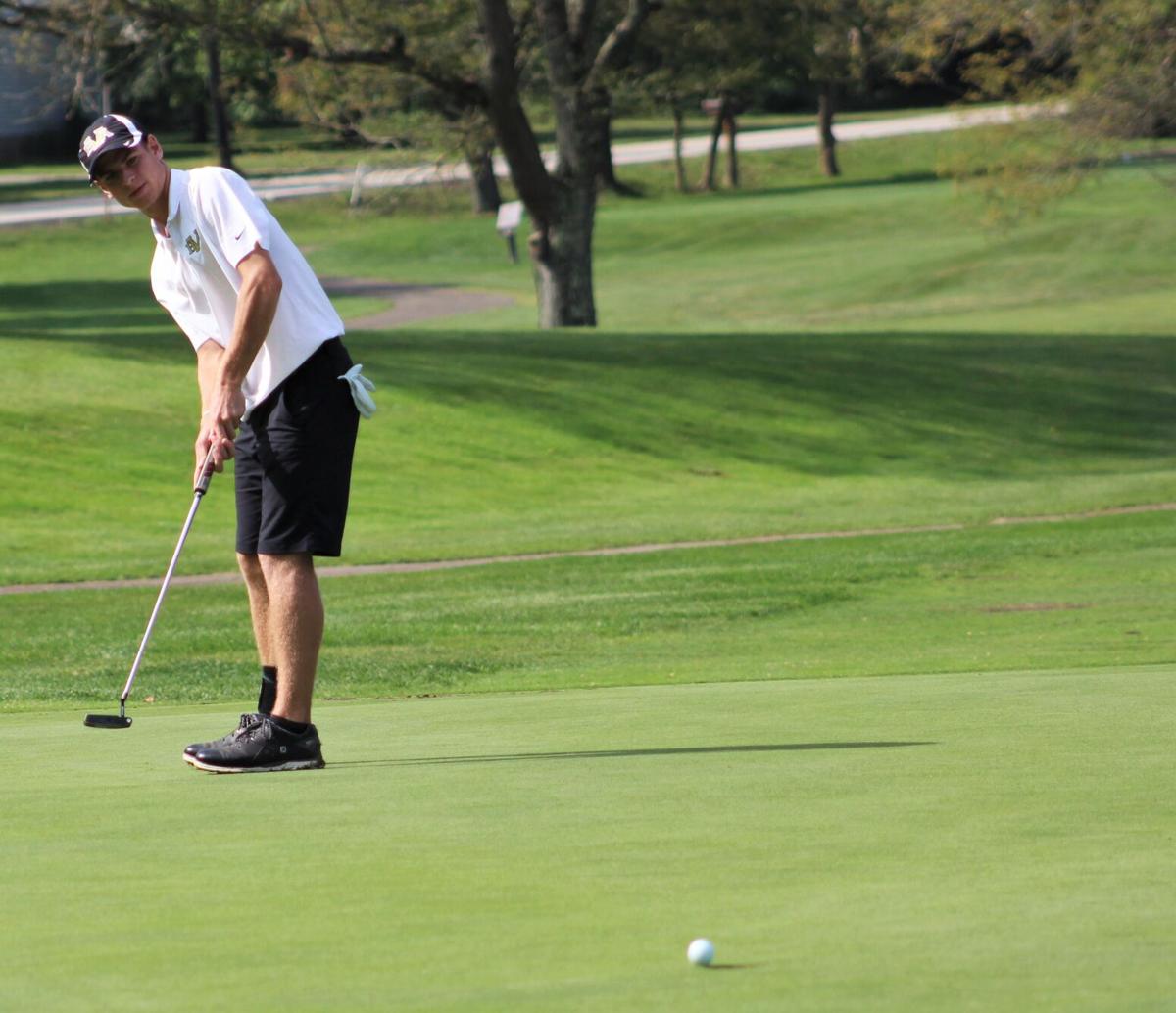 Belle Vernon’s Tyler Mocello watches his putt on the 10th green as the ball burns the edge of the cup during Monday’s WPIAL Section 2-AAA qualifier at Cedarbrook Golf Course’s Red course. 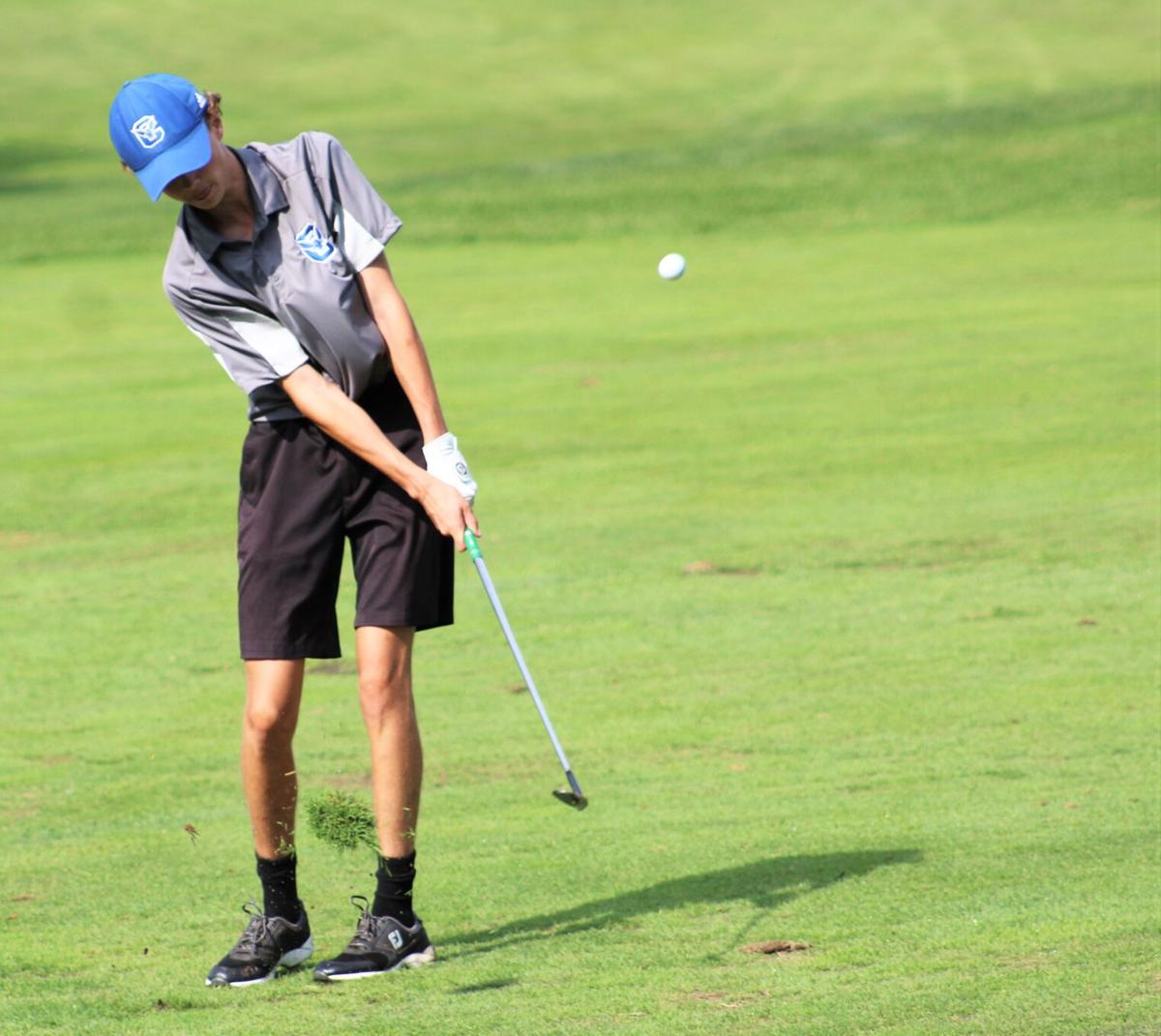 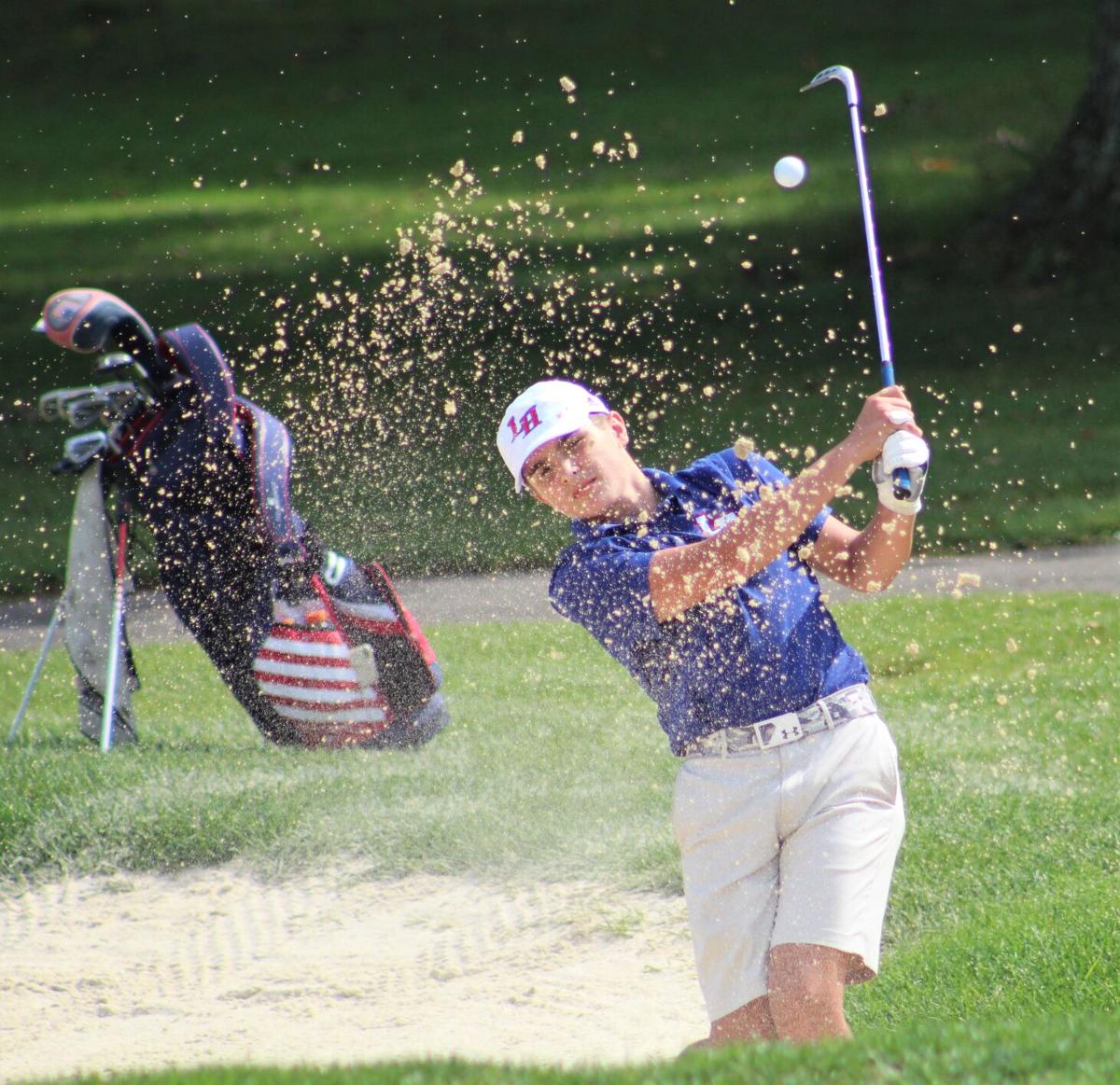 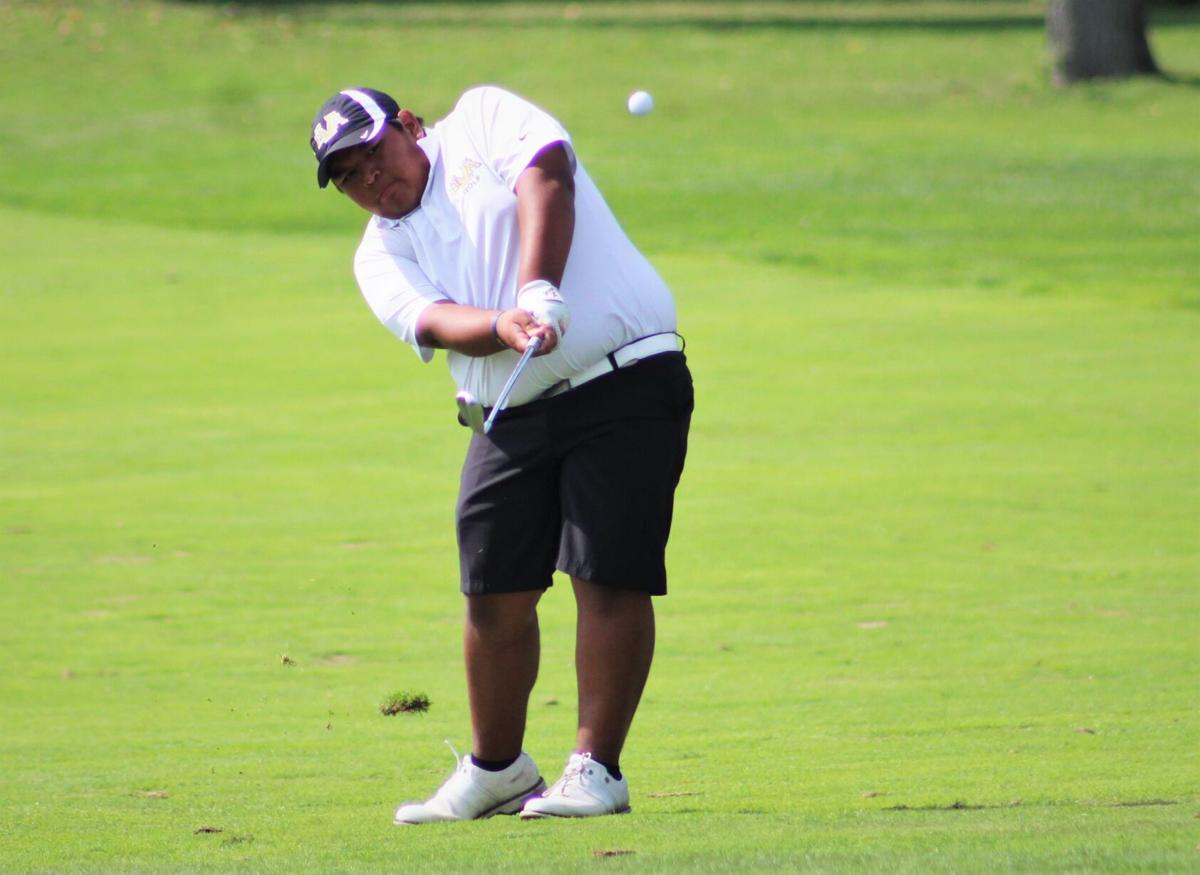 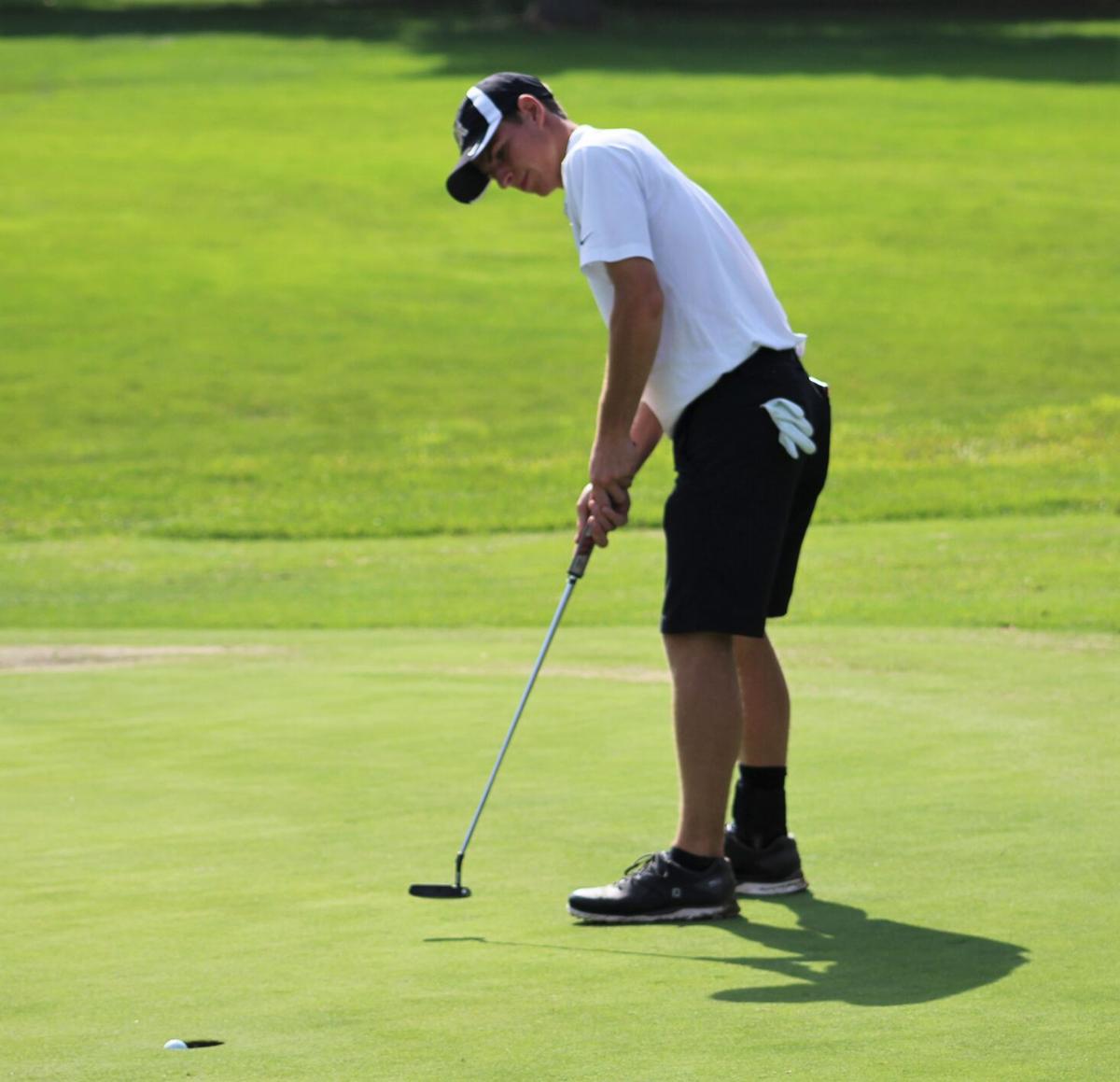 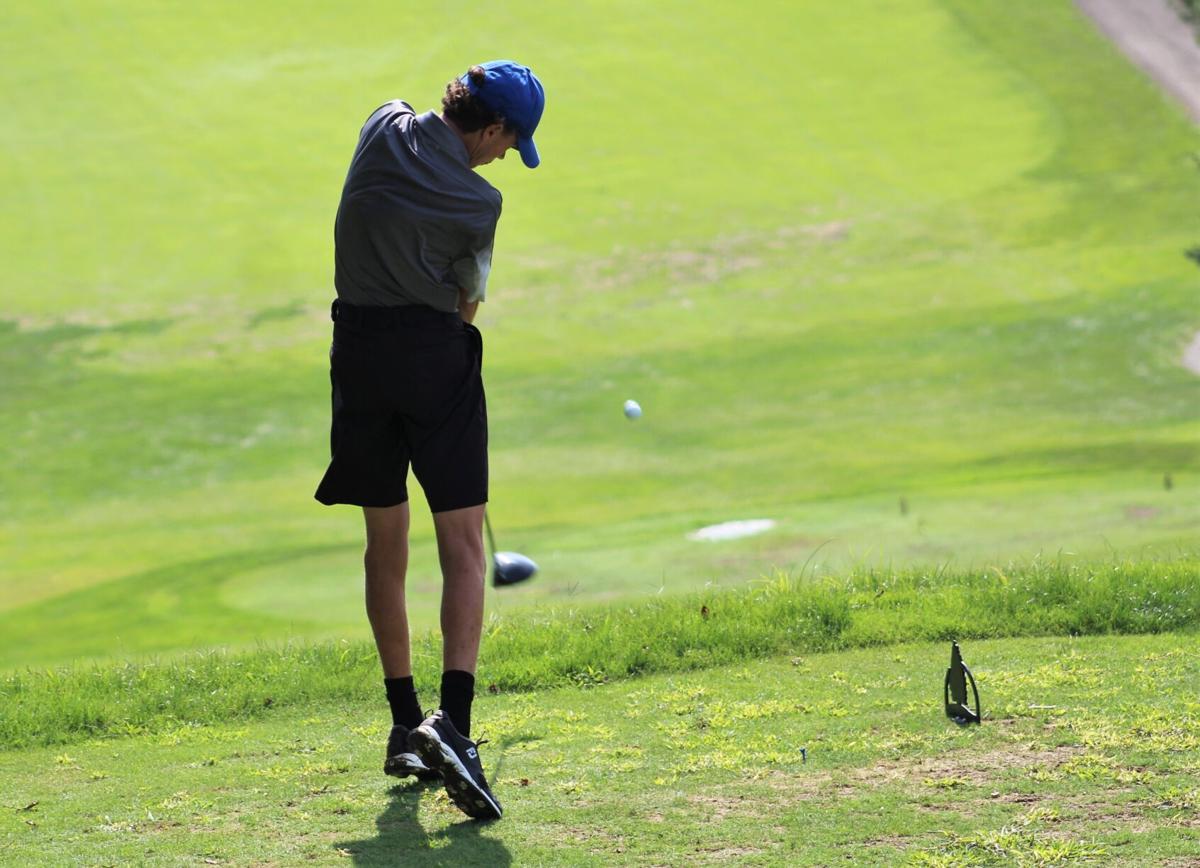 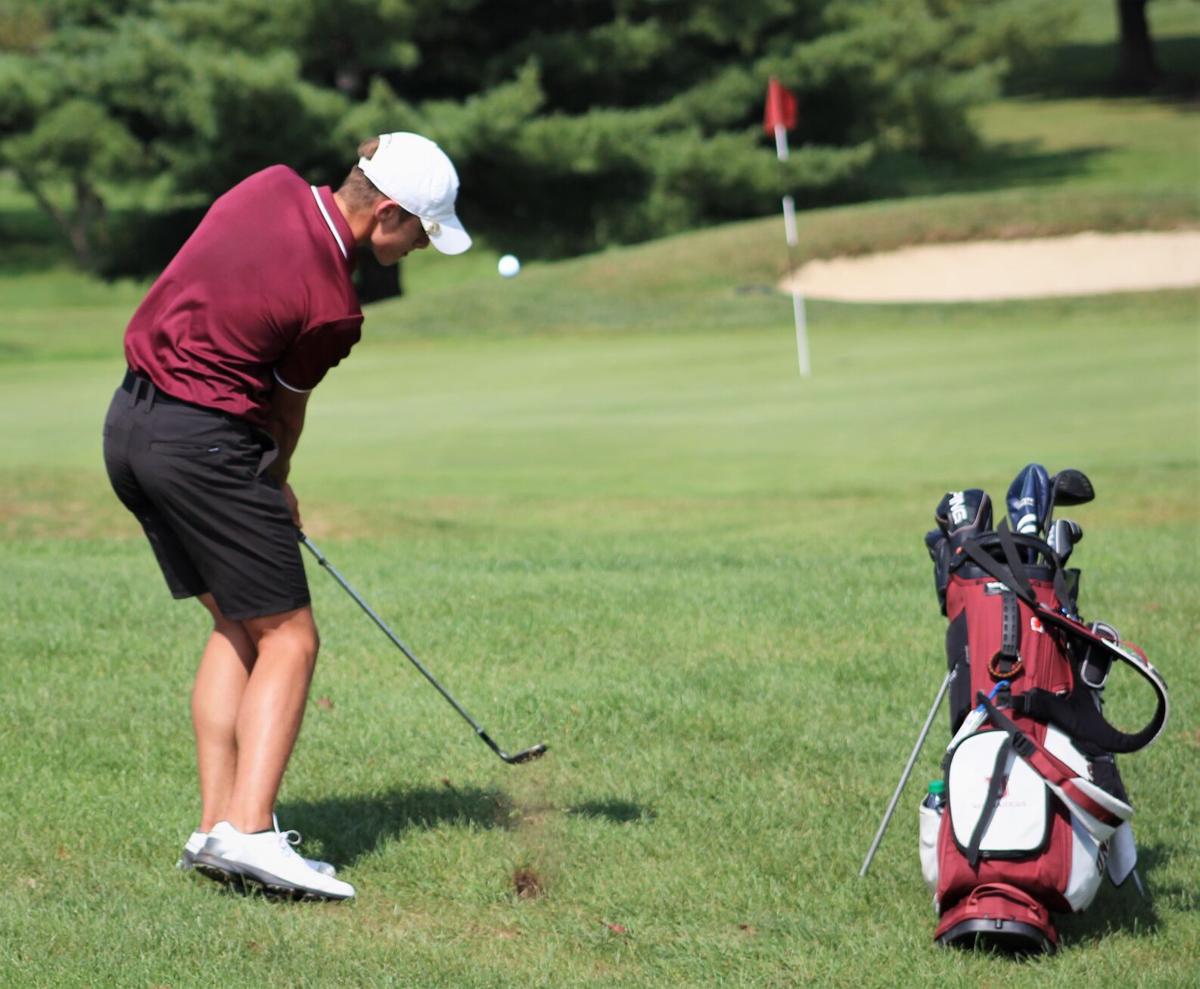 Belle Vernon’s Tyler Mocello watches his putt on the 10th green as the ball burns the edge of the cup during Monday’s WPIAL Section 2-AAA qualifier at Cedarbrook Golf Course’s Red course.

Albert Gallatin’s Matt Karpeal and the Leopards’ Rogan Maloney also met the target score of 80 for a spot in next Monday’s Class AAA semifinal at Willowbrook Country Club.

Voytish said the key to his round was his solid play on the green.

“I was confident on speed. I just found one tempo and used it the whole day.”

Given the target score, the sectional was more about beating a score than the other golfers. Voytish said he didn’t get caught up watching his card, and expects to do the same with the 36-golfer cut moving onto the WPIAL finals at Nemacolin Country Club.

“I played myself,” said Voytish, adding, “I’m going to play myself, play the same way I played today.”

“I’m really familiar with this course. I just wanted to keep it in play and make a couple putts,” Karpeal said of his approach. “Par is good today, that’s for sure. Birdies make you feel more comfortable.”

Karpeal finished with three birdies and a couple tough holes.

Karpeal advanced through the semifinals last year to the district championship. He has higher aspirations this fall.

“Being a senior, my last year, I want a chance at states,” said Karpeal, adding, “I want to play my best.”

Mocello donned a brace on his right ankle after suffering an injury last Thursday in a soccer match. He originally thought the ankle might’ve been broken, but further examination deemed the injury to be a sprain.

“It’s a very bad sprain,” said Mocello. “Getting around the course was the toughest. It was hard.

“Just making it today was a good thing,”

Mocello had the basic approach of keeping the ball in play and avoiding big numbers on the green.

“I had no doubles (bogeys) today and had a birdie on No. 11,” said Mocello. “I actually hit the ball the better part of the round.

“It was hard on the greens (with the ankle injury). I have my routine.”

Mocello hopes to get a medical exemption to use a cart in the semifinals.

Bush said he was floundering a bit through the front nine, but received an “encouraging word” from coach Melvin Gouker.

“I was on the No. 8 tee box and coach Gouker gave me the kick in the butt I needed. He got my head into it, something kicked in.

“I made a good drive and another good drive, and made the putt. That got me into it.”

The second drive and putt led to a birdie on No. 10.

Bush had a “yes-no” relationship with his wedges.

“My wedges were the downfall of my game, but then they saved my game,” said Bush.

Bush advanced to the WPIAL final last year, and would like another shot after what he experienced last fall at South Hills Country Club.

“I had a triple, quad, quad. The trees were not my friend,” Bush said with a smile.

Maloney, a sophomore, had one poor hole on the front.

“I tripled No. 9. All in all, I thought everything was good,” said Maloney. “I felt good all day. I knew what to expect. I just went out and did it.”

Maloney has his sights set high.

“I’m going to make a run at states,” said Maloney.

Rice also had a moment or two when qualifying was in doubt, but gathered himself to match the target score, 80.

Rice said playing a scorecard instead of the leaderboard was different.

“(Playing for a score) definitely gets in your head. But, it keeps you up-to-date and you know what you have to do,” said Rice.