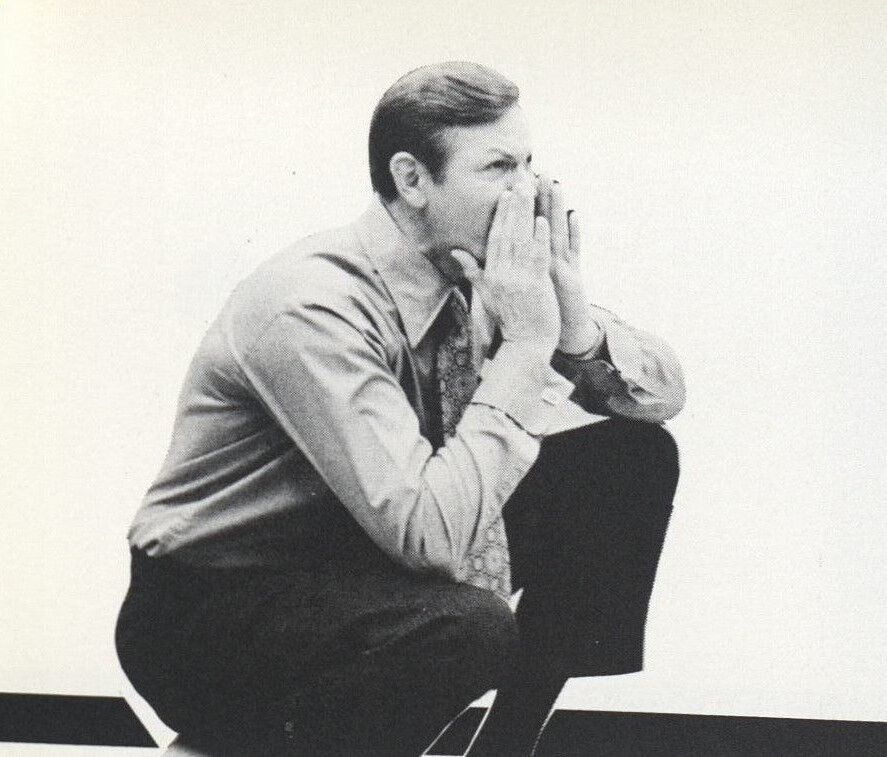 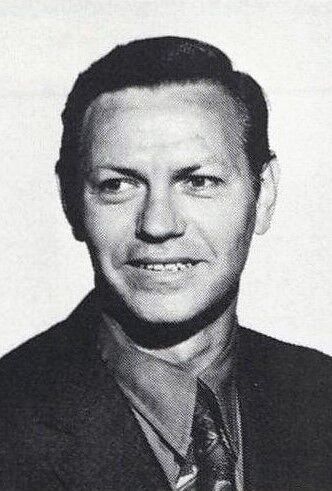 Myles Witchey could best be described as a basketball lifer, having played the game and then coached for many years.

Witchey’s basketball journey began at Belmont High School in Ohio. At 6-foot-6, Witchey used his height to great advantage on some competitive teams at Belmont.

“Belmont had an undefeated season when I was a junior and we were led by Joe Kovach, he did a great job for us,” Witchey recalled. “My senior year we ended up losing in the regionals of the state tournament.

“I used my height very well, I did a lot of rebounding and I had a good hook shot with both hands.”

Witchey was a 1948 graduate of Belmont, where he competed in basketball and softball. He went to Ohio State to play freshman basketball, but had to leave school.

“I was at Ohio State,” Witchey stated. “My dad got hurt in the coal mine and I went home and worked for about a year and my dad sent me down to West Liberty because it was close to home.”

Witchey enjoyed a stellar career as a member of three Hilltopper basketball squads from 1952-1954.

The center with the hook shot had an immediate effect on the Hilltopper program as he was an outstanding performer on the 1952 team, which won the conference championship and advanced to the NAIA National Tournament.

Witchey had a solid 1953 season as a junior, but he reached his greatest heights during the 1954 campaign. His 26 points per game average ranked him 17th nationally, and he also finished seventh in the nation in field goal percentage. His fine play earned him a berth on the all-tournament team as well as a place on the all-conference first team.

“I had good numbers and received all-conference recognition,” Witchey said. “The transfer worked out well for me. West Liberty is a great little school and they have been doing very well since that time.”

After graduating from West Liberty in 1954, Witchey served in the U.S. Army for two years. Playing basketball in the Army his skills on the hardwood earned him a tryout for the 1956 United States Olympic team.

“I was drafted into the Army and I ended up playing a lot of basketball in the Army,” Witchey explained. “Kind of the first thing that happened was I played for the Post team down at Fort Knox, Kentucky and then from there I ended up going to Alaska and playing basketball up there and being sent back to play in the All-Army Tournament. It was excellent basketball and there were many fine players.”

After leaving the Army, Witchey was the head basketball coach for three years at St. Clairsville, Ohio. He also coached and taught briefly in Los Angeles, California, before coming to California, Pa.

“I spent a year in Los Angeles, I always wanted to go out there because of the weather,” Witchey said. “I then came back to teach and coach at what was then California State Teachers College.

“I had played against Cal when I was in college and was familiar with the situation and Dick Majernik told me about the position being open.”

Witchey became a fixture as the Cal U men’s basketball coach, guiding the Vulcans from 1962-63 through 1977-78. The first few years were tough sledding for Witchey and the Vulcans. He posted a combined 8-32 record after his first two seasons of rebuilding and adjusting.

“Oh, I’ll tell you they didn’t have scholarships at that time,” Witchey lamented. “The only thing they had was a work job that you could give your recruits. We didn’t get the best of players from our area. But eventually we got scholarships and we started to get players.”

Witchey guided the 1966-67 Vulcans to the school’s first-ever PSAC-West title and appearance in the state championship game, where Cal lost to Cheyney.

Three years later, Witchey coached the 1969-70 Cal U team to a school-best 20-5 overall record. That squad won the first of seven PSAC championships for Cal U in men’s basketball. That team’s .800 winning percentage remained the best in school history until 1988. Witchey was the 1970 PSAC and NAIA District 18 Coach of the Year. Cal’s first basketball state championship culminated with the host Vulcans defeating heavily-favored Cheyney by a 110-91 score. Before that game, the Wolves had won four of the past five state titles.

Cal’s riveting 19-point upset win avenged the championship game setback of 1967 and is still regarded as one of the most exciting moments in school athletic history. Witchey’s 1969-70 team was one of only four PSAC-West schools to win the conference championship from 1961 through 1984. Before winning the state title, Cal won close playoff games over Edinboro twice and Westminster.

“That win over Cheyney was an unbelievable game because we had played in the playoffs to go to Kansas City and before we beat Cheyney we had played three tight playoff games in four nights,” Witchey stated. “Cheyney was excellent at that time.”

Witchey weathered the tough first few years at Cal and laid the groundwork for a very successful program.

“It was difficult and it took a little while to get the local players to believe that we had a basketball team,” Witchey said. “We were fortunate in being able to get guys like Bernie Floriani and Ray Greene and Pat Hobart. Hobart could jump out of the gym and Floriani and Greene were playing together when we won the state championship and those kids could compete with anybody.”

Not only was Witchey one of the school’s most successful basketball coaches, he was also a longtime distinguished faculty member. He began teaching at Cal U as an assistant professor of physical education in the fall of 1962 and retired as the department head in January of 1988. Witchey received professor emeritus status by the university’s council of trustees in April of 1988. While he earned considerable fame for his on-court successes, Witchey looks back fondly on his teaching days.

“I enjoyed the teaching very well,” Witchey said. “As the chairperson of the health and physical education department I had the opportunity to do a number of different things. In particular, I helped develop the senior citizens’ swimming program, which got many Mon Valley people involved. I look back at that as one of my more interesting memories in dealing with Valley people.”

Witchey coached Cal U to 182 basketball victories and still ranks third among all Vulcan hoop coaches in career wins. Over his final 14 years, Witchey’s cumulative record was 167-150 with nine winning seasons and the school’s first two of 12 state championship game appearances.

Cal had a tremendous rivalry for many years with Waynesburg University in both football and basketball.

“I enjoyed playing against Rudy Marisa’s teams because they were a close rival distance-wise and I got to know Rudy very well and he was an excellent coach,” Witchey stated.

Witchey was inducted into the West Liberty Hall of Fame in 1993.

“It was an unexpected honor,” Witchey offered. “I was surprised and pleased.”

Witchey was inducted into Cal U Athletics Hall of Fame in 2002.

“That was very exciting and an honor above all things.” Witchey said. “I have great memories about my time at Cal.”

Witchey, 90, resides in Canonsburg. He has two grown children, Brian and Myles II.

“Basketball was my life,” Witchey said. “I was very fortunate to coach at California State, now it’s Cal U. California will always be special to me.”