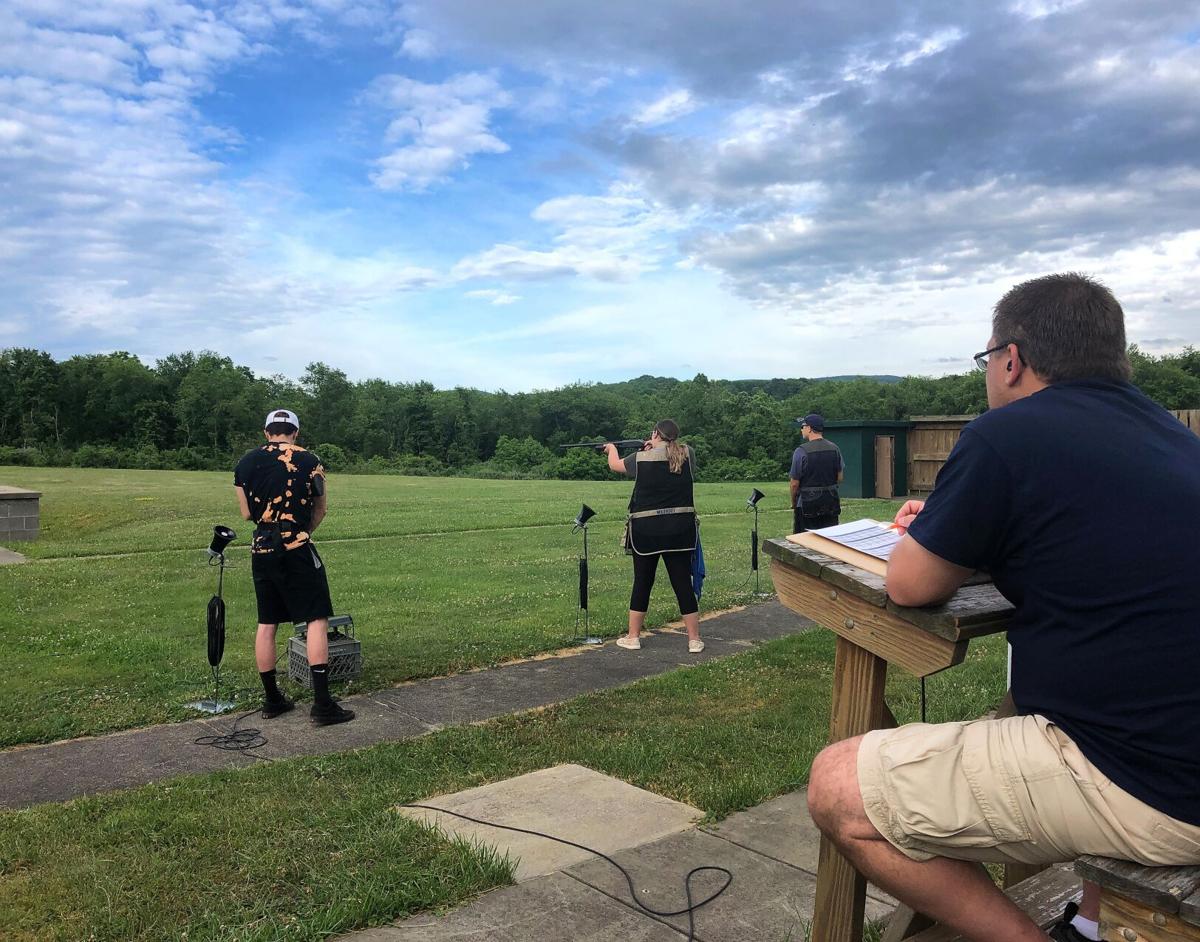 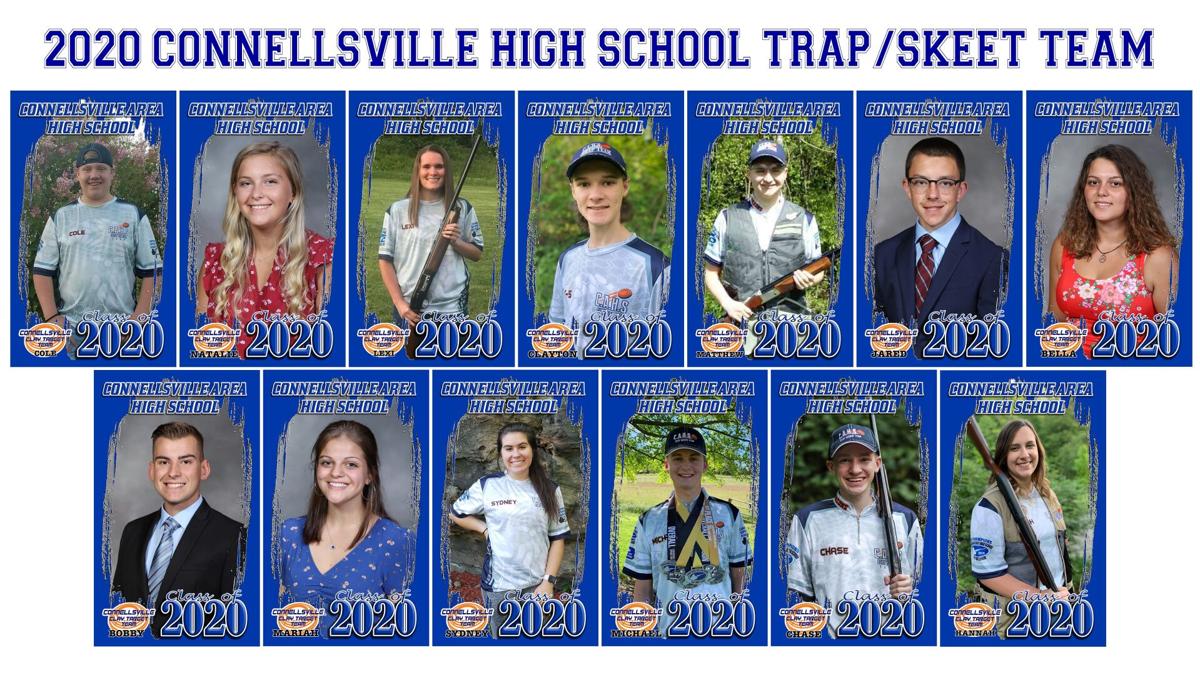 High school spring sports were hit hard by the coronavirus pandemic which led to the cancellation of the season for most.

Not all spring sports were wiped out completely, though.

The Pennsylvania State Clay Target League regrouped in the summer and completed its season by having teams shoot from their home sites and turn in their official scores.

For the second time in three years Connellsville wound up as the team champion and the Falcons’ Michael Wascak was the No. 1 overall shooter.

“June 24th was the last day to turn in your officials scores and we finished on June 22nd,” Connellsville head coach Ken Brooks said. “I submitted all our scores and when they tabulated them, we had won.”

Clay target shooting is a club sport, therefore it didn’t fall under the umbrella of Gov. Tom Wolf’s order to shut down high school varsity sports, although finishing the season was a long road.

“It’s usually eight weeks long with three practice weeks and five competition weeks,” Brooks explained. “We start preparing for it the middle of March but with everything going on with the virus we got delayed. Then at that point USA Clay Target League modified the season so everybody could get it in.

“That was a beautiful thing they were able to do. A lot of the teams still dropped out but there was still very good competition.”

The state tournament was to be held in Elysburg for the second year in a row but, with concerns about social distancing, other plans were made.

“They decided to do what they call a virtual state tournament,” Brooks said.

“The northern teams had an advantage on us because they were in the green while we were still in the yellow stage so none of our gun clubs around here were opened up. In June they finally did open up we said let’s get this rolling, and we jammed our whole 10-week season into three Mondays and two Wednesdays.”

Brooks was more pleased to see his big senior class get in its final season than winning another state title.

“The championship was awesome, and that’s an accomplishment for any team,” said Brooks, whose led the Falcons to a second-place finish in the state last year. “But the most important thing this season to me was to have these 13 seniors shoot, for them to be able to have their last hurrah. That was my big goal because a lot of these kids have been on the team all four years of its existence. Winning the championship and seeing them off was very cool.”

Brooks is a big proponent of the sport, not only for Connellsville, but for other area schools.

“This sport is just taking off,” Brooks said. “We had 57 kids on our team this year, sixth through 12th grade, which was awesome. There’s enough interest where I can have twice that many or more but we just aren’t able to accommodate that many. These young kids are incredible. Their eye sight is just amazing.

“The league is getting bigger and bigger every year and we’re hoping that we can get teams started in Uniontown and Laurel Highlands. We were talking to Frazier also, and I’d like to see Albert Gallatin jump in. Geibel Catholic had a team set to compete this year but the diocese shut down all sports. We’re hoping they’ll be in next year.

“It’s a great sport and it’s been a very positive program for us. We started it four years ago and I’m glad we had the approval of our school board, which has been amazing for us. Everyone has been on board with us, which is huge. The parents have been super supportive about the whole thing.”

The league also has an optional fall league which starts in mid-September.

Those concerned about competing in sports in these unique times need not worry about clay target shooting, Brooks said.

“The nice thing about this sport is it’s outside and it’s extremely easy to social distance while competing, and there’s no sharing of equipment,” said Brooks, who noted guns can run anywhere from $300 to $3,000.

“Some of those kids with the $300 guns do just as well as anyone else. It’s all how much time you want to spend practicing. Hand and eye coordination is the big thing.”

Brooks pointed out that the sport is one of the safest to compete in.

“Some people hear ‘guns’ and hear ‘kids’ and they get a little bent out of shape,” Brooks said. “But it’s nothing like that. It’s not the wild, wild west.

“We have a very controlled environment when we do this. If these people would come to one of our shoots they would see that. The kids come with their guns, each one takes it out of the case, unloaded, puts it in a rack. When it’s their time to shoot, they’ll get their gun, load it and shoot their two rounds. After that, they put their gun back in the case and that’s it.

“They all wear ear and eye protection, and I stress that and watch that very closely. If you get caught without that one time, you’re off the team. It’s simple as that. We’ve never had any incident where anyone’s gotten hurt though. It teaches our kids not only gun responsibility but responsibility in general. They all know and they respect guns.”

Brooks pointed out one key reason he believes there sport can thrive in the local area.

Brooks does have some two-sport athletes who compete at Connellsville.

“I have kids that are on the soccer, the baseball team, that run track and they will literally come after their game in their uniform and shoot,” said Brooks, who would like to see the sport evolve from a club level.

“They have rifle teams,” Brooks said, “so I’m hoping the PIAA will adopt our sport someday, too.”