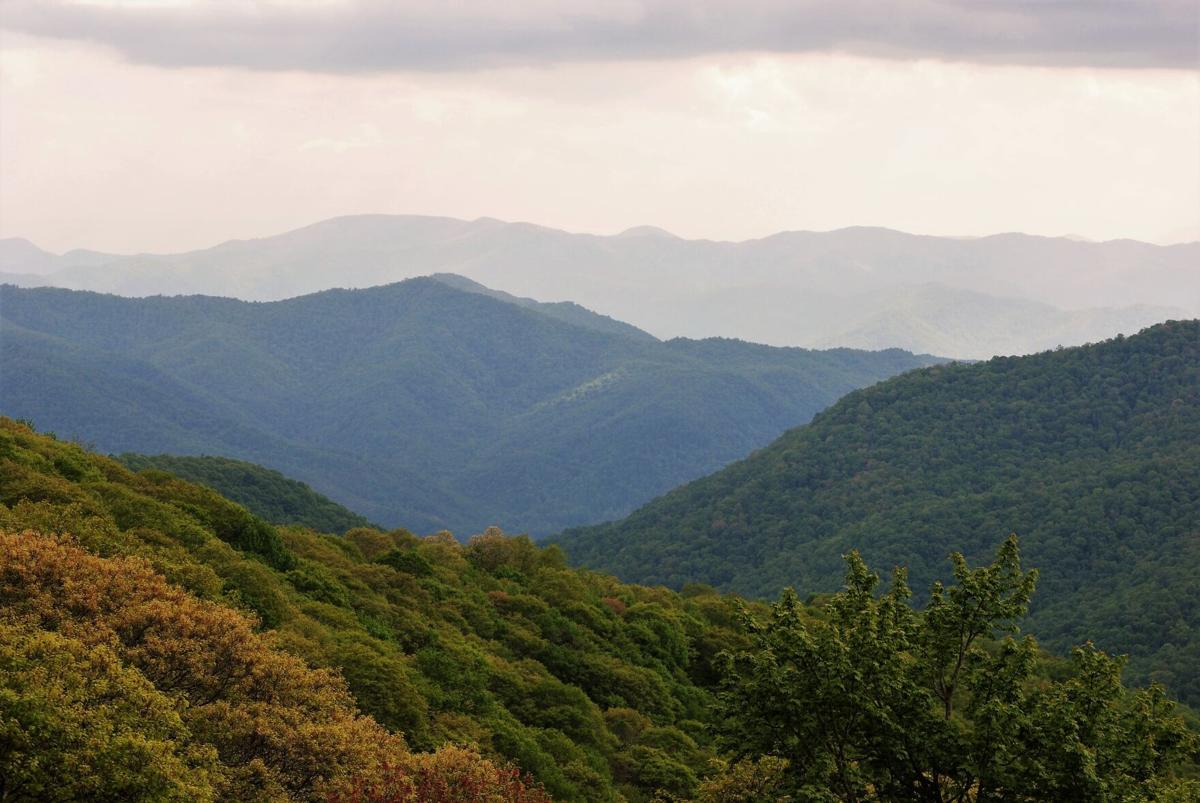 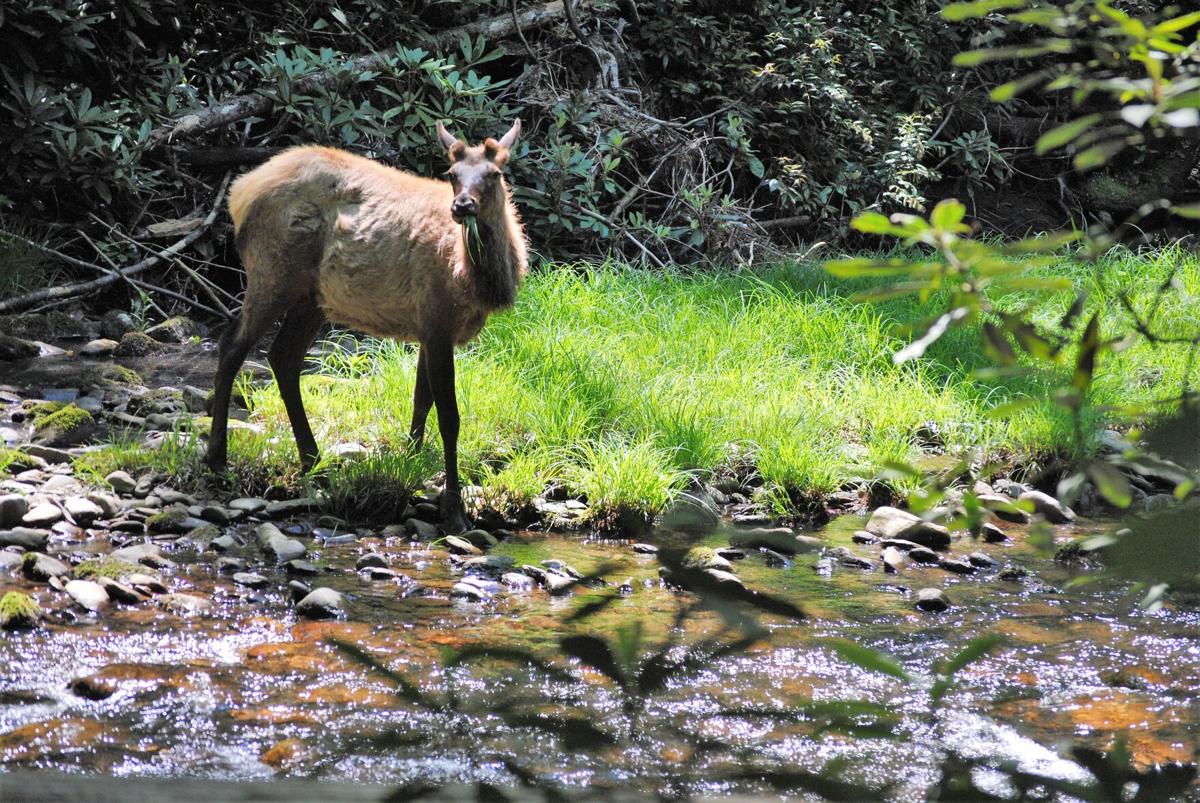 A bull elk grazes along Cataloochee Creek in Great Smoky Mountains National Park. Elk were reintroduced to the park in 2001. The herd now exceeds 150 animals, readily viewed by visitors on the North Carolina side of the national park. 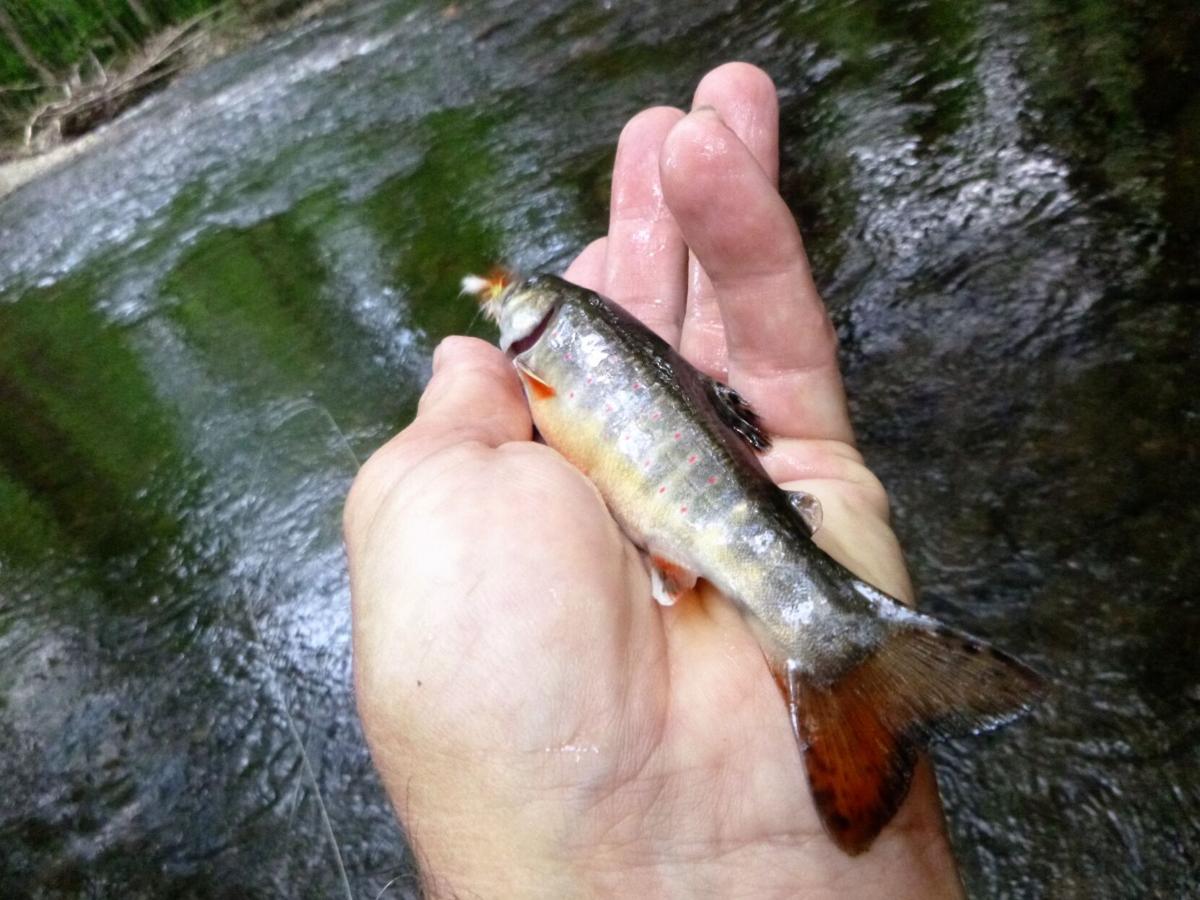 A bull elk grazes along Cataloochee Creek in Great Smoky Mountains National Park. Elk were reintroduced to the park in 2001. The herd now exceeds 150 animals, readily viewed by visitors on the North Carolina side of the national park.

One way for people in our area to envision the Great Smoky Mountains is to think of our Laurel Highlands on steroids.

The Smokies straddle the Appalachian spine like a rumpled blanket draped over a low-hanging clothesline. The northwestern slope is in Tennessee, while the southeastern flank lies in North Carolina. Jagged peaks poke at random to 6,600 feet elevation. Mount Davis, the highest point in our Laurel Mountains, and in Pennsylvania, stands at a modest 3,213 feet above sea level.

Covering 800 square miles, Great Smoky Mountains National Park is about the same size as Fayette County. The national park embraces and preserves a sample of Smoky Mountain terrain, but the rugged heights stretch far beyond park borders across the Qualla Boundary Reservation of the Eastern Band of Cherokee Indians, and the Nantahala and Pisgah national forests.

Even the Great Smokies’ flora evoked the Laurel Highlands. During a recent visit, mountain laurel was in riotous bloom along roads and trails, about a week ahead of the same shrub’s peak bloom here on Chestnut and Laurel ridges. From any of the many vistas within the national park or along the skirting Blue Ridge Parkway, ranks of ancient mountains march off into a distant blue haze. It’s a place that asks you in its silence to think about land, and how people have lived with land over a long time.

For today’s recreating visitors, there are lots of ways to experience the Smokies — hiking, camping, wildlife-viewing and sightseeing are all popular pursuits. My key to the Smokies’ more hidden secrets was a fly rod.

Surprising, perhaps, the network of rushing streams that vein the Great Smokies is all trout water. Despite their southern latitude, high elevation keeps these streams cold enough to support trout.

But a trout’s world there is more complicated than it was a century ago. Just like the Laurel Highlands, only brook trout are native to the streams of the Smokies. And just like here, they remained the only trout until rainbow and brown trout were artificially stocked. Rainbow trout were imported from the far American West, and brown trout came from Europe.

Today the National Park Service does not stock any trout in Great Smoky Mountains National Park, but native brook trout have lost about two-thirds of their habitat there to invasive rainbows and browns stocked in the past. In general, rainbow and brown trout inhabit the lower, downstream sections of streams, while brook trout remain dominant in the highest, most remote headwaters.

The Park Service has embarked on a program to restore brook trout to as many stream-miles as possible. Still, even though they don’t “belong” in the park, the introduced brown and rainbow trout do provide exciting fishing.

Most streams in the Great Smokies are tough to reach. Only one paved road crosses the national park, and a long hike over tough terrain gets the young and/or adventurous to the best fishing.

Our trip was a more casual “get-acquainted” visit to the Great Smokies, made because our son now lives in North Carolina. So, Kathy waited graciously for me at the car while I fished in some of the park’s relatively accessible waters. Some rangers were nearby working on the park’s emergency radio system, so we felt at ease with the temporary separation.

We decided to try fishing in the park’s secluded Cataloochee Valley, where several hundred mountain families lived before the national park was established in the early 1930s. A dirt road penetrates Cataloochee, leading from the popular tourist town of Cherokee, but even the drive is daunting.

If you’ve ever driven through the couple of hairpin turns where the Dunbar-Ohiopyle Road ascends Kingan Hill above Dunbar, the drive is like that, but times 100, over dust or mud, depending on the weather. Then you face a mirror-image contorted course down the other side into the valley.

I caught one trout in beautiful Cataloochee Creek, but it was a native Southern Appalachian brook trout, which rose to engulf a yellow dry fly a friend, who fishes the Smokies often, had given me. The national park fishing maps indicate brook trout don’t live that far downstream on Cataloochee, but I held one in my hand, which testifies to a comeback.

When I returned to the car, Kathy and I spotted a large animal grazing just across the creek. It was a bull elk with two fuzzy bulbs atop its skull, the first sprouting of its annual set of antlers. By September, those antler beams may be four feet long and bristle with a half-dozen tines per side.

Like brook trout, elk were native to the Smoky Mountains, but they were hunted to extinction there by the Civil War. In 2001, after a long study of feasibility, the National Park Service brought in 25 elk from another re-established herd in western Kentucky and released them in Cataloochee Valley. The Park Service followed those with a release of 27 elk a few years later. Today the Great Smoky elk herd is estimated at 150 animals and can be readily seen in Cataloochee Valley or at the more easily reached National Park Service Oconaluftee Visitor Center.

Another encounter with big game came while fishing on the Raven Fork on the Cherokee Indian Reservation the next day. On Raven Fork I caught two large rainbow trout, and while I struggled to bring one to the net, a black bear burst of out the woods and splashed across the stream just below me. A big trout on the line and a bear in sight at the same time, represent a high-point of outdoor good fortune.

The Smokies harbor the densest population of black bears in eastern North America, and conflicts with visitors do happen. Never feed or approach bears, so that bears and humans can co-exist.