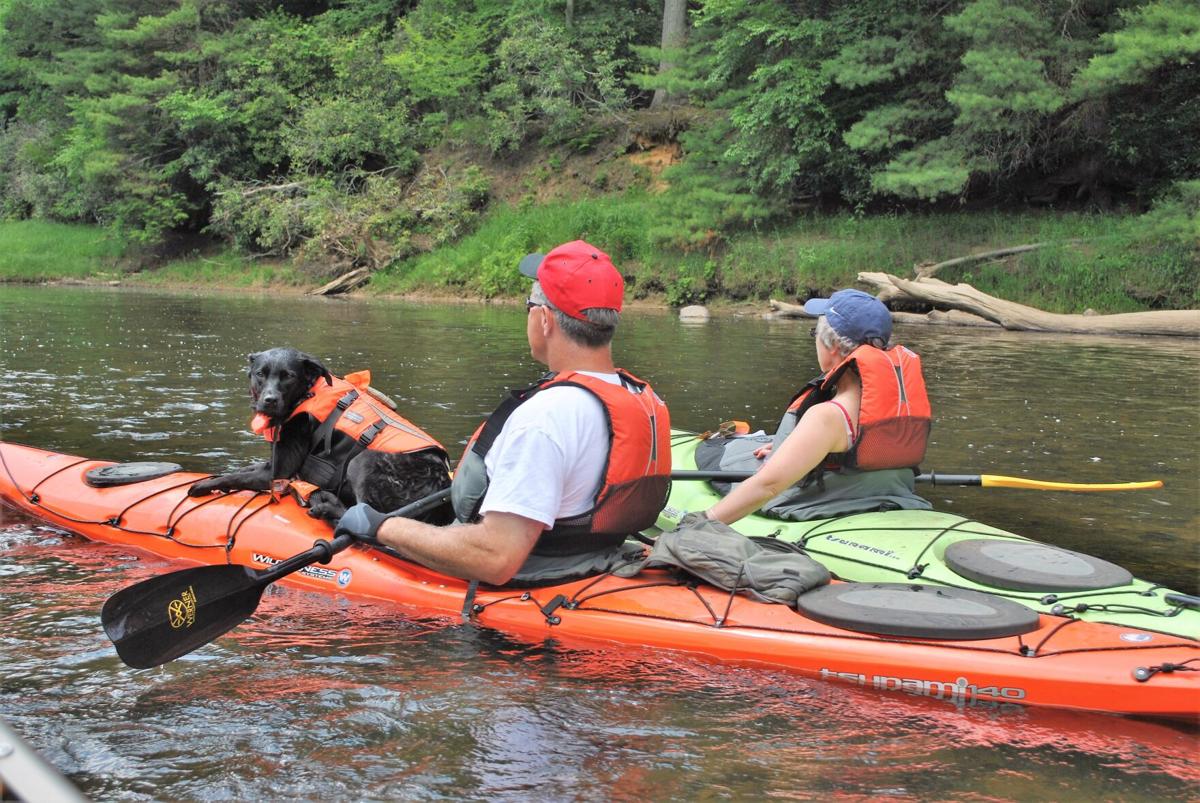 These responsible paddlers on the Clarion River even equipped their dog with a PFD (Personal Flotation Device). A properly fitting PFD can save your life if you capsize or fall overboard. 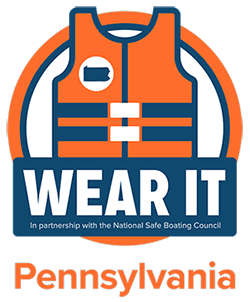 These responsible paddlers on the Clarion River even equipped their dog with a PFD (Personal Flotation Device). A properly fitting PFD can save your life if you capsize or fall overboard.

We’re not talking masks here, though their use remains warranted and responsible. This is a pre-COVID advisement that’s as important as ever.

This long spate of chilly spring weather is not only inconvenient; it could be dangerous, in an indirect way. The cold weather has likely suppressed the water temperature in all local ponds, lakes, and streams. When summer weather returns, people will be dying to get out on the water. Unfortunately, that phrase will turn literal for some. Cold water kills.

No matter the weather, the single most important thing a boater can do to protect their own safety, and the safety of passengers is to insist that everyone wear a life jacket — known as a Personal Flotation Device (PFD) in boating safety parlance.

A PFD serves at least three important functions in the event of a boating mishap. Most important, a properly fitting PFD will keep you afloat, often long enough for self-rescue or to be helped by others. A PFD also provides your core body with some degree of insulation from cold water. That protection could mean rescuers have more time to come to your aid. Finally, a PFD gives rescuers something to catch and hold if the victim is struggling or trapped within a current.

Immersion in cold water has far more serious consequences for the human body than air of the same temperature. That’s because water draws heat away from your tissues faster than air. Even water as “warm” as 70 degrees can be dangerously heat-draining. Breathing begins to be affected when a person is immersed in water as warm as 77 degrees.

We’re now beyond the date (Nov. 1-April 30) when the Pennsylvania Fish and Boat Commission requires that everyone on a boat less than 16 feet, or in any canoe or kayak, wear a Coast Guard approved PFD. But that April 30 cutoff is just an arbitrary date. Water might be just as cold now, or next month, as it was in April. There is never any good reason not to wear a PFD on the water, no matter the date.

During 2020, there were nine recreational boating accidents in Pennsylvania, resulting in 11 fatalities. None of the 11 victims were wearing a life preserver at the time the accident occurred that took their life. We understand the “thought process.” It’s so easy to rationalize, assuming “I’ve paddled this stretch of river before, no problem,” or, “Something like that can’t happen to me.” But it did happen, 11 times last year alone, and we can be sure none of the victims thought it would happen to them.

It’s important to respect water and grasp how quickly a fun outing can turn deadly. Here’s a brief recap of Pennsylvania’s 2020 boating fatalitiesn, presented to reinforce that point.

n April 24 — Delaware River, Bucks County: A 37-year-old male died as a result of capsizing his 9-foot kayak. No PFD was worn.

n June 9 — Wilmore Dam, Cambria County: Two men, ages 68 and 78, are deceased as a result of falling overboard from a 16-foot motorboat. Neither victim was wearing a life jacket; however, life jackets were found onboard the boat.

n July 5 — Conneaut Lake, Crawford County: A woman, age 33, died after falling from a 19-foot motorboat. Life jackets were on board the boat, but the victim was not wearing one.

n July 26 — Hopewell Lake, Berks County: A 27-year-old man died as a result of entering the water from a 14-foot open motorboat. No life jacket was worn.

n July 31 — Allegheny River, Allegheny County: A 28-year-old man lost his life after falling from a 19-foot open motorboat. The victim was not wearing a life jacket.

n Oct. 15 — Big Elk Lake, Susquehanna County: A man, age 73, died as a result of falling overboard from a 10-foot homemade wooden rowboat while fishing. There was a PFD on board the boat, but the victim did not wear one.

n Nov. 24 — Prompton Lake, Wayne County: An 82-year-old man fell from a 12-foot open motorboat while fishing alone and is deceased. Although a life jacket was on board the boat, the victim did not wear one.

Today’s PFDs are more comfortable, even fashionable, than the bulky orange models from years ago. Some are inconspicuous, even to the wearer, and inflate instantly upon need. Whatever the style, or cost, get and wear a life jacket every time you go boating. Don’t be a boating statistic, cited to convince others to be safe on the water.