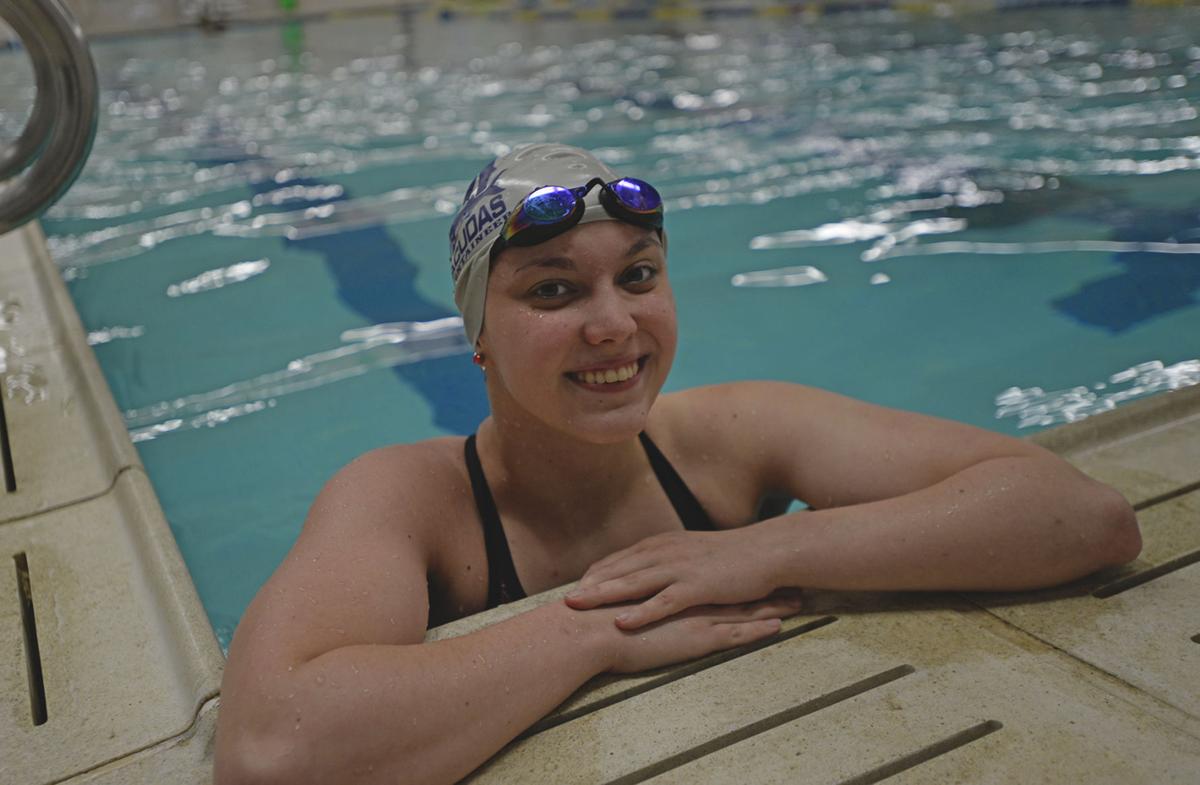 Emily Zimcosky, 18, of Smock, who’s been swimming for 15 years, qualified in the 50-meter freestyle for the 2016 U.S. Olympic Swim Team Trials. The trials will take place June 26 through July 3 in Omaha, Nebraska. 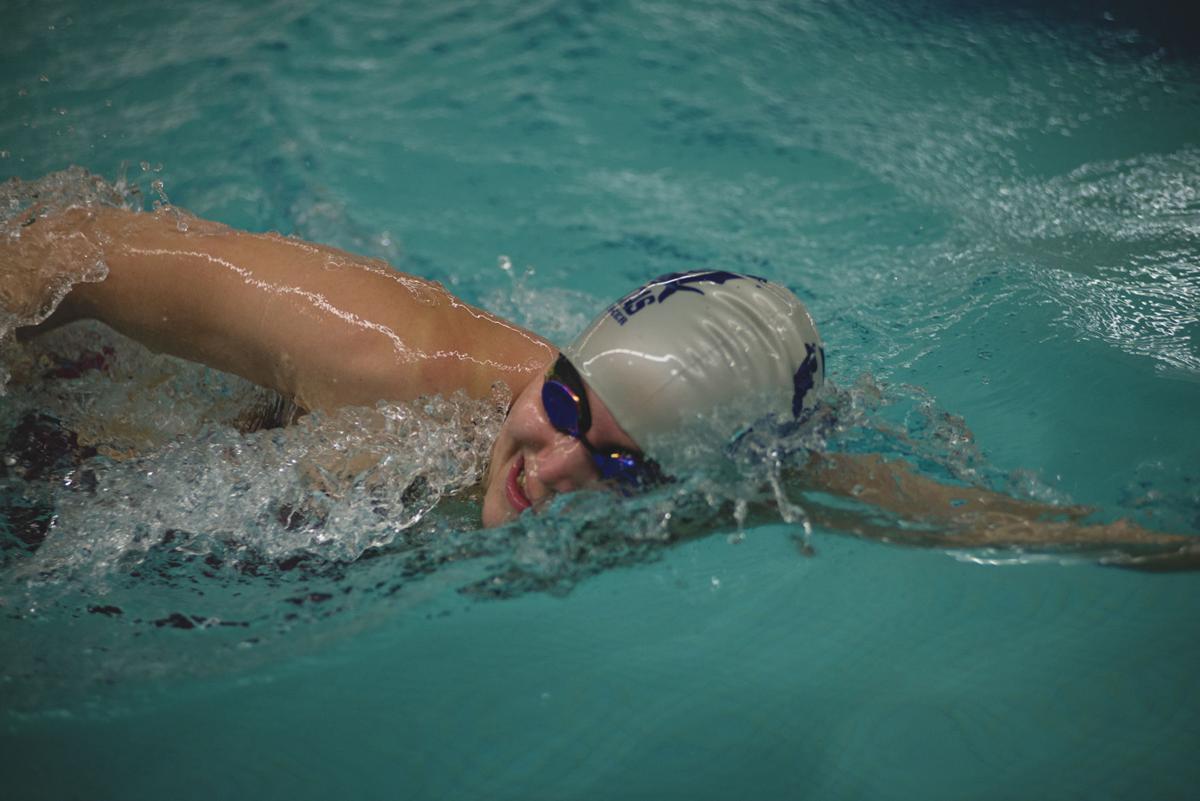 Emily Zimcosky, 18, of Smock, puts in a workout in preparation for the 2016 U.S. Olympic Swim Team Trials on June 26 through July 3 in Omaha, Nebraska. The 2016 Geibel Catholic graduate qualified in the 50-meter freestyle.

Emily Zimcosky, 18, of Smock, who’s been swimming for 15 years, qualified in the 50-meter freestyle for the 2016 U.S. Olympic Swim Team Trials. The trials will take place June 26 through July 3 in Omaha, Nebraska.

Emily Zimcosky, 18, of Smock, puts in a workout in preparation for the 2016 U.S. Olympic Swim Team Trials on June 26 through July 3 in Omaha, Nebraska. The 2016 Geibel Catholic graduate qualified in the 50-meter freestyle.

This is the next installment in a continuing series of articles over the next year where we follow the progress of our local Olympic hopefuls.

Emily Zimcosky is used to pain when she’s in the pool, but what she was experiencing was a different type of discomfort.

The 2016 Geibel Catholic graduate said for “a few months I had a real weird pain in my side.”

Zimcosky was going through a workout when she said, “I was in so much pain, this must be legit. I thought it was with my heart. They kept me in the hospital and gave me an EKG.”

Zimcosky was relieved to find out there wasn’t a problem with her heart, but the pain lingered.

Eventually it was discovered she had a baseball-sized ovarian cyst that was to be removed soon after she graduated.

“I had laparoscopic surgery, but they couldn’t find anything. There was the possibility it busted. I was in a lot of pain. I think it was during graduation or right after. I just sat there. The pain tolerance I’ve developed in swimming helped,” explained Zimcosky.

Despite her tribulations, Zimcosky considers herself fortunate.

“I’m glad it didn’t happen when I was at college (at Ohio University). My parents would’ve been 2½ hours away,” said Zimcosky. “In the grand scheme of things, I lucked out. The perfect taper is three weeks out of the water to be in prime position. Everyone is scared to try it, though.”

Zimcosky wasn’t allowed in the water for about a week after the surgery, returning to the pool in the beginning of June.

“Once I got back in the water, I was cleared to do anything,” said Zimcosky. “I’d do basic freestyle.”

Zimcosky had one caveat, though, no flip turns off the wall.

“Oh my gosh, what did people do before flip turns?,” Zimcosky asked rhetorically. “I’m fortunate I only swim the 50 (meters). You have to be athletic and you don’t have to do a flip turn.

“I never would’ve thought anything would come up, to have this medical issue. But, my coach, my family, my support system, told me you need a little bit of work to get back to where you were.”

Zimcosky will be ready to compete in the sold-out 2016 U.S. Olympic Team Trials at the CenturyLink Center in Omaha, Nebraska, which run from June 26 through July 3.

The competition and warm-up pools were constructed on site over the past two weeks with a couple hundred workers (mechanical, plumbing, electrical, welders, and steel specialists) on the project.

“I don’t know if there’s much difference with the pool. It’s the atmosphere. It’s a grand, elaborate venue,” said Zimcosky.

Zimcosky’s qualifying time of 26.17 seconds is seeded 173rd out of 187 swimmers with about a week remaining in the qualification period and 81st out of 84 in girls 18-and-under, but that doesn’t matter when she steps up on the block.

“We’re going out on June 28 to get acclimated to the time change,” explained Zimcosky. “I’ll be able to practice while the meet is going on.”

“I’ve been doing a lot of visualization, seeing yourself there, know you belong. That’s the problem I’ve had in the past,” added Zimcosky. “It’s a total honor (to be swimming in the trials).”

Zimcosky will assuredly cross paths with the likes of Michael Phelps, Ryan Lochte, Katie Ledecky or Natalie Coughlin during her time in Omaha, so will she be star struck?

“The experience I had in Texas (at a meet) prepared me. It’s a crazy thing. It’s cool to share the deck,” said Zimcosky.

With approximately 190 swimmers in the 50 free, the chances of Johnson (seeded 82nd) and Zimcosky actually competing in the same preliminary heat are slim, but the fact both are in the same event in the trials was acknowledged by Zimcosky.

“It would be real crazy if (swimming in the same heat) happens. That would be intense. It’s cool to think we were in the same pool together,” said Zimcosky.

Zimcosky tagged along when her older sister Kelsey went to practice at the YMCA and Johnson was a teammate, so the younger Zimcosky has had a connection with Johnson for a while.

Zimcosky also said she’s been receiving good wishes as the trials near.

“It’s really neat. They notice your hard work pays off. It’s cool. I’m at the grocery store and someone comes up to me. It’s a real humbling process. I wouldn’t think it would impact so much,” said Zimcosky. “All the pain, the ups and downs, really do mean something more than they do in the pool.”

Zimcosky plans on doing what’s she’s been doing throughout her decorated career, give her best shot as she “splashes and dashes” through one length of the pool.

“I just want to go out and have a good time. If it goes well, I know what I’ve done to get there. The focus is the fact I can go there and swim fast,” said Zimcosky.